Ok. I'll bite. What's a "wholesome game"? I watched the Wholesome Direct a few days ago, which gave me 53 examples of wholesome games, and I'm still not quite sure I know what falls under the label. Here are a few components of my working definition: wholesome games are nonviolent, often star anthropomorphised animals, and are soundtracked by ukuleles or a delicate piano line. They're games which forefront feelings, often come from marginalised creators, and work with limited (typically pastel) colour palettes. As most genre-definitions go it's a pretty vague smattering of characteristics, but it's still managed to spark a lot of conversation on the ol' internet.

As I trawled through Twitter, trying to make sense of the drive behind "wholesome games," I kept coming across one pretty compelling idea: that "wholesome games" reject the popular narrative of gritty, first-person, hyper-realistic, super-violent games in favour of soft, gentle, and otherwise kind aesthetics. And so, in the interest of science, I set myself a task.

Here are the most wholesome unwholesome games I could find. 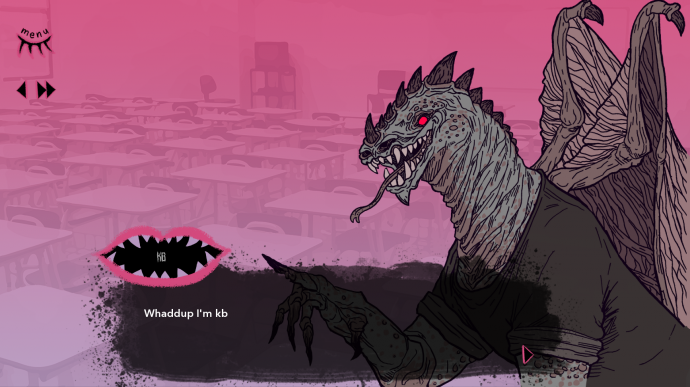 GMKC shies away from the typically "wholesome" aesthetic, while also working within its trappings. It's a story by and for folks of marginalised genders and sexual identities, but both made monstrous. The palette is light, the jokes are plentiful, but there's a song break about beheading capitalists and explicit magical-realist sex scenes. Personally, I think that all of those are pretty wholesome. 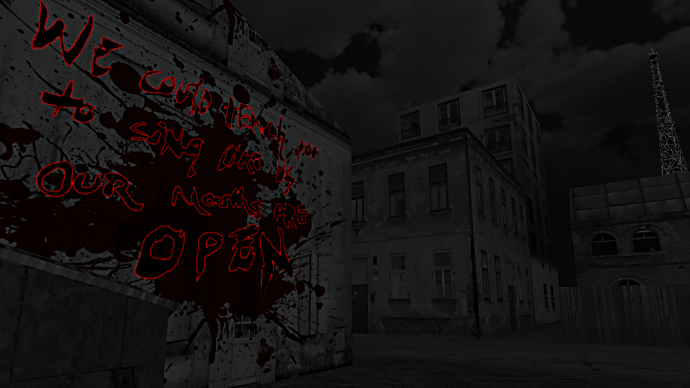 Picking just one Kitty Horrorshow game is an impossible task, because I love all of them. Horrorshow is perhaps best well known for her game, ANATOMY, but she prefers to be remembered "as the shape a murder of crows takes as it twists its way over an empty field." Her Haunted Cities games were initially released as Patreon-only exclusives, but were put onto itch.io for free over the past few years.

Like many wholesome games, Horrorshow's Haunted Cities have no explicit goal -- you're mostly meant to vibe and feel the feelings of being in a particularly evocative space. Her games bring embodiment and emotion to the fore, and often make me question how far a game can go to guide me into a particular emotional state. The Haunted Cities games certainly aren't calm or zen-like, but they take great care and consideration for the player (check the ReadMe for explicit content warnings!) and are rarely traditionally violent. The soundscape can get oppressive and the landscapes claustrophobic, but the games are a certain kind of meditative. 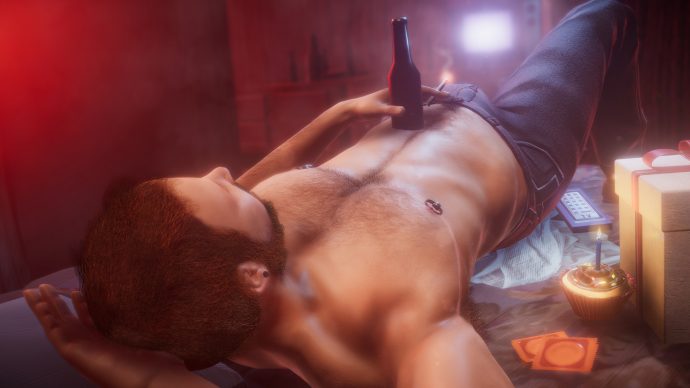 I'm a big fan of Robert Yang's work, noted friend of the site (and an occasional writer). Yang's games are explicitly about gay sex -- that much is undeniably true, and makes them pretty fun on their own. Of course, if you're worried about seeing any genitalia, you won't find any here. Instead, Yang opts for playing with phallic imagery to make his point. Keep an eye out for shift sticks, popsicles, and beer bottles. Wholesome!

My favourite parts about this assortment of gay sex games, however, are that they all use hyper-realistic graphics and make a point to centre consent and enjoyment in sex. And what could be more wholesome than that? This collection brings together three of Yang's games: Hurt Me Plenty, Succulent, and Stick Shift. Each of them play with sexuality in generous ways, use bright colours, and tell bold stories about gay experiences. And yet, I think I'd be hard-pressed (ha) to find any of the three in a Wholesome Games collection. 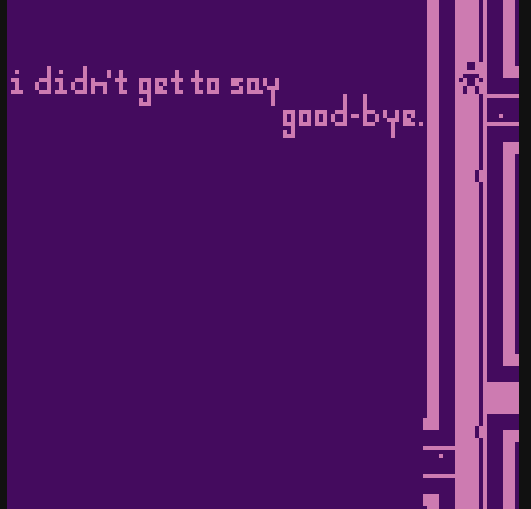 There Aren't Really Words is a short Bitsy game about "receiving the worst news possible, and doing the dishes." It is a heart-wrenching portrayal of grief, a game about feeling deeply, and the sensation of tunnel vision. And the dishes. Writing down feelings -- or putting them into a game -- strikes me as a healthy, wholesome, response to difficult emotions. And yet, I don't think anyone would describe There Aren't Really Words as a Wholesome Game™. Its grief is too specific, too pointed, and (perhaps) just too painful and unfinished, or unprocessed. There Aren't Really Words leaves you on your front step, smoking a cigarette, next to your cat. There is no grand revelation, no life lesson tied up with a bow to package the sensation into something marketable.

I don't have beef with Wholesome™, I just wonder what stories get prioritised over others in a curated Wholesome Collection. Is a monstrous gay amorphous blob wholesome? Are rage and grief wholesome? What about gay sex? What about taking a guillotine to the billionaire class? No matter the answer, I'm looking forward to playing some feelings-focused and joyful games in the next few years.