Now Play This, a festival for experimental game design, is one of the many games events either postponed or cancelled to stop the spread of COVID-19. The festival has been running for six years or so, celebrating the strange and unexpected in game design, and each year it brings together some truly spectacular art pieces and games. This year, the festival team has had to get creative with its lineup. The benefit, of course, being that now you can attend the festival wherever you are. From London to Dundee to Los Angeles, California.

I have never been able to go to Now Play This. For five years in a row I have tried to go, and then found myself unable to get all the pieces together. Year one, I was stuck in a library writing my master's thesis. Year two, I was visiting family in America and only just missed it. Years three and four, I was in America doing a PhD and teaching undergrads and thought it unwise to just pop back over. This brings us to year five; this year, now, this very weekend. I was meant to go! I'd secured funding which meant I didn't have to teach, I was looking forward to seeing my friends (former co-organisers and curators, Holly Gramazio and V Buckenham, as well as current curator, Marie Foulston). And then, well, you know.

Here are all the free games in and around the festival's 2020 exhibits.

I don't know a lot about what's running under AI DUngeon's hood, but it looks like a pretty intricate endeavour. The game is a bit of what it says on the tin: it's a text adventure game, but you're playing a game being written in real-time by "artificial intelligence." It'll go some pretty wild places. I had the pleasure of watching a horse read runes to an oak tree, which then revealed that the oak tree was a garden hiding a fire god. Then I shrunk the horse, Tyrion, to the size of a small child and carried him around in my bag.

Matt Cox wrote about the game back in December, but the game has seen some changes since then. For one, the browser game runs much faster than it did during its early explosion of internet-popularity. The AI still needs a bit of time to churn up the goods, but it's worth it. Have at it, machine-learning-adventurers.

It's no surprise that I'm a Molleindustria fan. I've written about their games before -- games about prison strikes, democratic socialism, and climate change are de rigueur. Fittingly, Nova Alea is a parable about gentrification. The game originally came out in 2016 (Pip even wrote about it here), but its themes of fatcat overlords buying and selling property in a game of financial abstraction while the markets wreak havoc on the unsheltered everyman are... hitting harder these days than they might have in some alternate timeline. The people organise and revolt, but "the masters hear only noise." 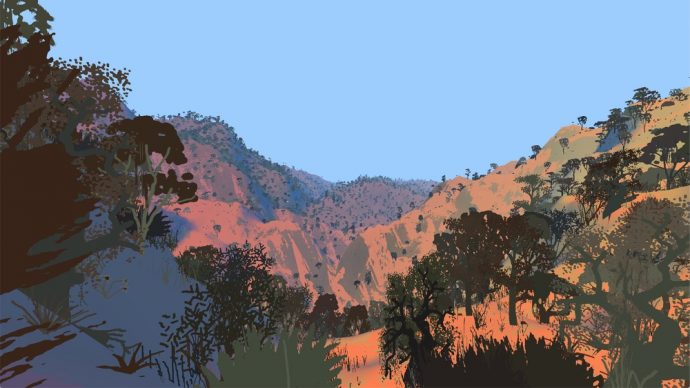 Red Desert Render is an ode to the glitchy landscapes of Red Dead Redemption. A group of friends got together online to push against the boundaries of the game and map, to see what else was out there, and found a great dusty void. Kotaku pulled together their initial tweets of exploration into one piece, if that sort of narrative thread interests you. If you'd rather experience the vibes of exploring out into a great red patch of nowehere, Red Desert Render is a wonderful way to do it. Alice O wrote about the game here, back when it first came out, and she fell delicately off the map into an existential quandary of what it means to break a game. Meanwhile, I curled up like a little pill bug and rolled down a hill at great speed while singing A Horse With No Name. Simply vibing. 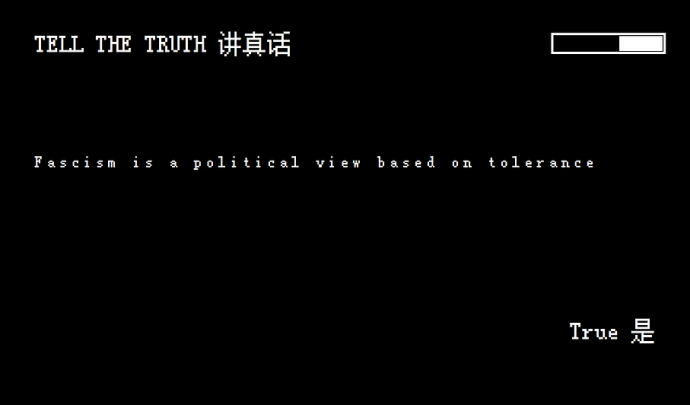 I have never shied away from including games-that-aren't-games (or even games that don't exist) in this column, but sometimes I want to include more games-that-aren't-playable than is probably WISE for a video games website. And so, here is a dose of of games-adjacent material to inject straight into your day. To Call A Horse A Deer is a game about lies, truth, and being able to tell the difference when it matters. You can't play it, but you can watch a quick video about it here. Here's an endlessly generating series of playful sentences from Briony O'Clarke, and the Ebonixsims custom content for The Sims 4 since Maxis can't get their act together.

If you're curious about the rest of what the festival has to offer this year, check out their schedule of at-home events on their website here, which includes an interview in Animal Crossing between The White Pube and House House, the team behind Untitled Goose Game. You could also check out a tour through Half-Life with Robert Yang or pop into No Man's Sky with Gareth Damian Martin. But most of all: have fun.

(Note: While I'm chummy with three NPT organisers, past and present, nobody asked me to write about the festival. I just think it's neat, and these are weird times.)