Inspired by a journey glitching beyond the world boundary of Red Dead Redemption 2, Ian MacLarty (the maker of Action Painting Pro and Catacombs Of Solaris) has created his own weird desert adventure to share with us all. Red Desert Render is a rolling landscape to explore with a few tasks to achieve and glitches to find. It's pleasant enough as a walking simulator, and I thought it was at first, but it turns out unlikely-sounding objectives like changing outfit are real. Red Desert Render also has an idea every first-person game should copy right now: the ability to curl up into a ball at any time to just roll downhill.

"This game is my response to the out-of-bounds adventures I had with some friends in Red Dead Redemption 2 Online (with some other ideas thrown in)," MacLarty says. Kotaku gathered tweets about that journey past the edge of the world, if you're curious.

I have enjoyed this walk. A strange landscape, different biomes, animal noises, and strange surprises. That'll do for me. At one point, I broke the game and could swim through the air at breakneck speeds, bouncing over the bounds of the landscape. Perhaps this was intentional. What could be more fitting than breaking a game inspired by breaking a game? 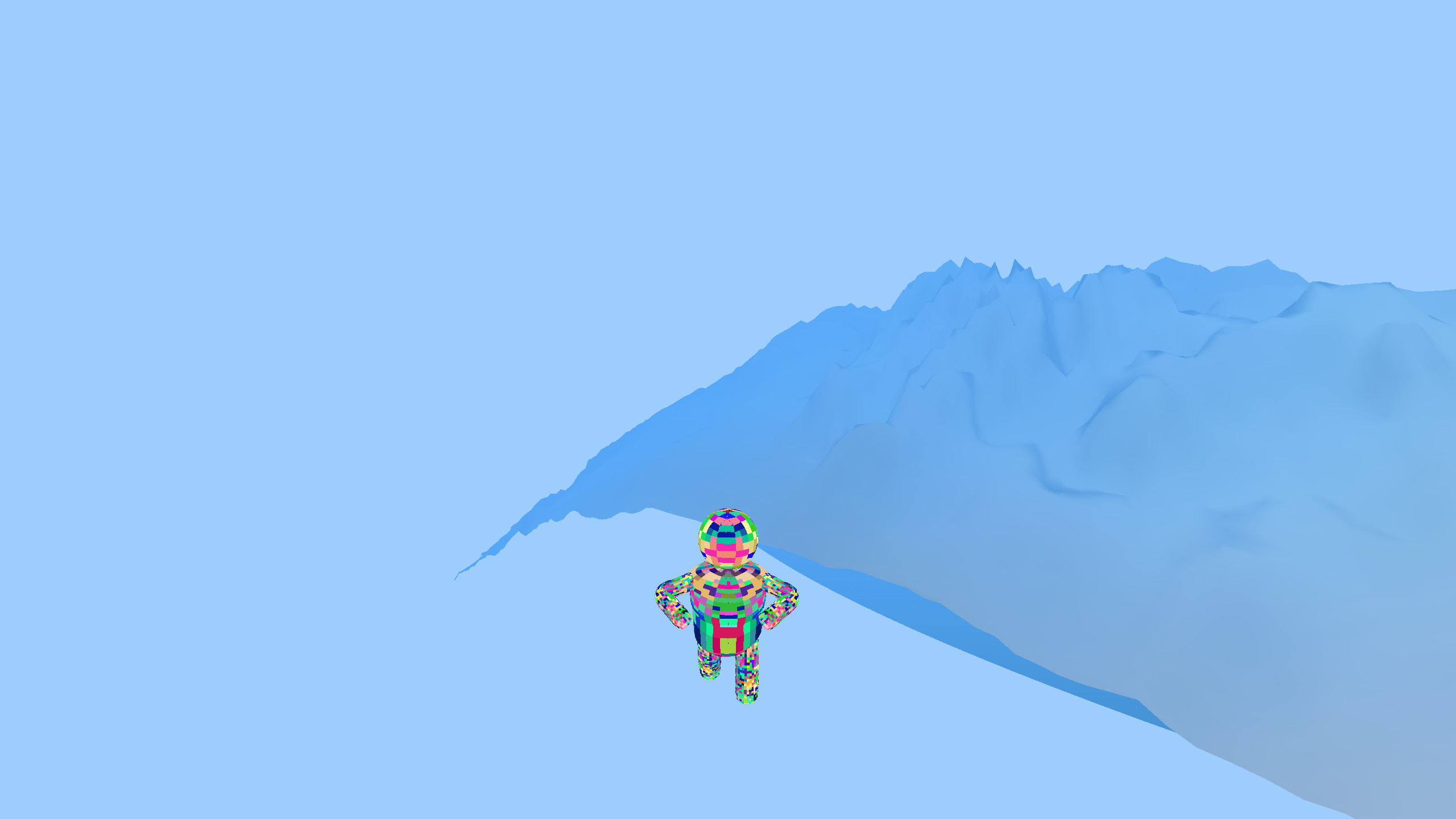 I am reminded of MacLarty's own Doomdream, a 2015 game he described as "an impression of my dreams after I've been playing Doom all day." It still feels Doom-y, even with no guns or enemies. Red Desert is a bit Red Dead in a similar way.

You can download Red Desert Render from Itch. It's pay-what-you-want with no minimum, and if you pay over $20 MacLarty will generate a new world for you.