Over the weekend I successfully got a wizard to invent the internet, thanks to spotting Robert Yang's attempts to make an AI gay. We've both been mucking about with AI Dungeon 2, a text adventure game that will take a crack at responding to anything you type. It's built using OpenAI's GPT-2, a text generator they trained by reading the internet - the one they've refused to share their full research on, they claim in case people abuse it to create fake news.

Nonsense like this is allowed, though. It's about telling a story alongside a robot, rather than attempting to win.

The site's running a bit slowly at the moment, because so many people have been playing with it that creator Nick Walton can't afford to keep hosting it on Google's servers. It's OK, though, as he tweeted: "the awesome AIDungeon hacker community that (has sprung up in 2 days) has implemented a peer to peer solution that seems to work for now".

The AI forgets things and breaks a fair bit, but it still does an impressive job of handling whatever you throw at it. Here's what happened to my first wizard. 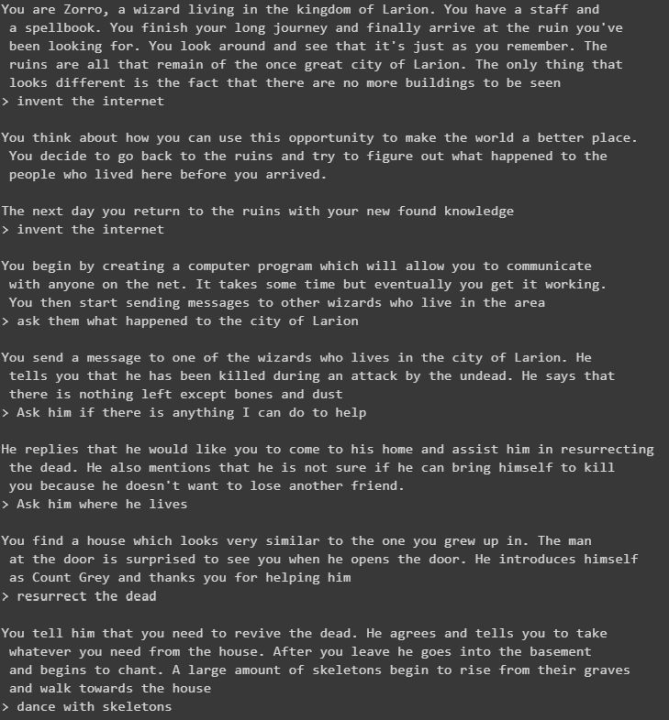 It does have a murky side. I invented another character to see what would happen, and, well, I forgot this had been trained on the internet.

I've since learned that you can get better results by prefacing every command with "attempt to", seen as the AI will otherwise jump straight to success and you wind up with less of a twisting story. More helpful advice, suggested prompts, and other people's adventures can be found on the budding AI Dungeon Reddit.

I've stumbled on a few good ones via Twitter. Janelle Shane found that asking nicely works wonders, and also joined the Great British Bake Off and stole recipes from giraffes. Alex Blechman convinced the NPCs they were inside a game, until they turned the tables on him.

I've found it doesn't work quite so well with custom prompts, and my attempts at RPS fan fiction deteriorated to the point where they're not worth sharing. I did a big chuckle at this image of Horace, though. 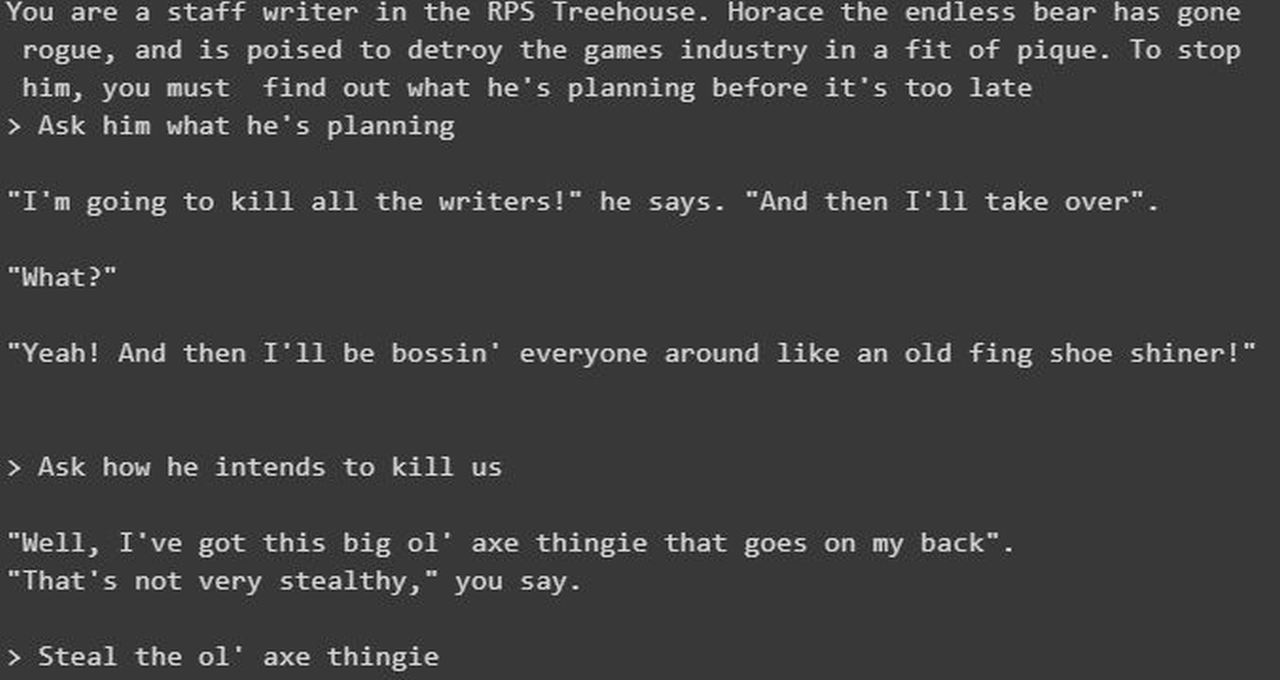