Maybe it's John Walker's lingering influence, but I've been on a bit of a puzzle bender, and PuzzleTales scratches that itch nicely. Part sci-fi short story, part traditional puzzle-book with a little bit of branching game-book to it if you're smart enough to figure out alternate solutions. The brainchild of author Lavie Tidhar and puzzle-smith Jake Olefsky, it's perhaps more videogame-adjacent than anything with bleeps and bloops, but you play it in your browser so it's close enough for me. The first four (of twenty-three) chapters are free to try here. You may want note-paper and a pen.

While PuzzleTales is the name of the website and the overarching project, the sole story right now -- Svalbard -- is hopefully the first of many. While I've only had the time to give a quick shake, it's an interesting piece of utopian post-post-apocalyptic fiction, telling the hopeful story of a woman exploring the technological ruins of the world past. Svalbard opens with a dive into a long-abandoned virtual videogame world, crumbling and haunted, with retro game-themed puzzles. As the tone and subject of the story changes, as do the puzzles, and the answers needed. 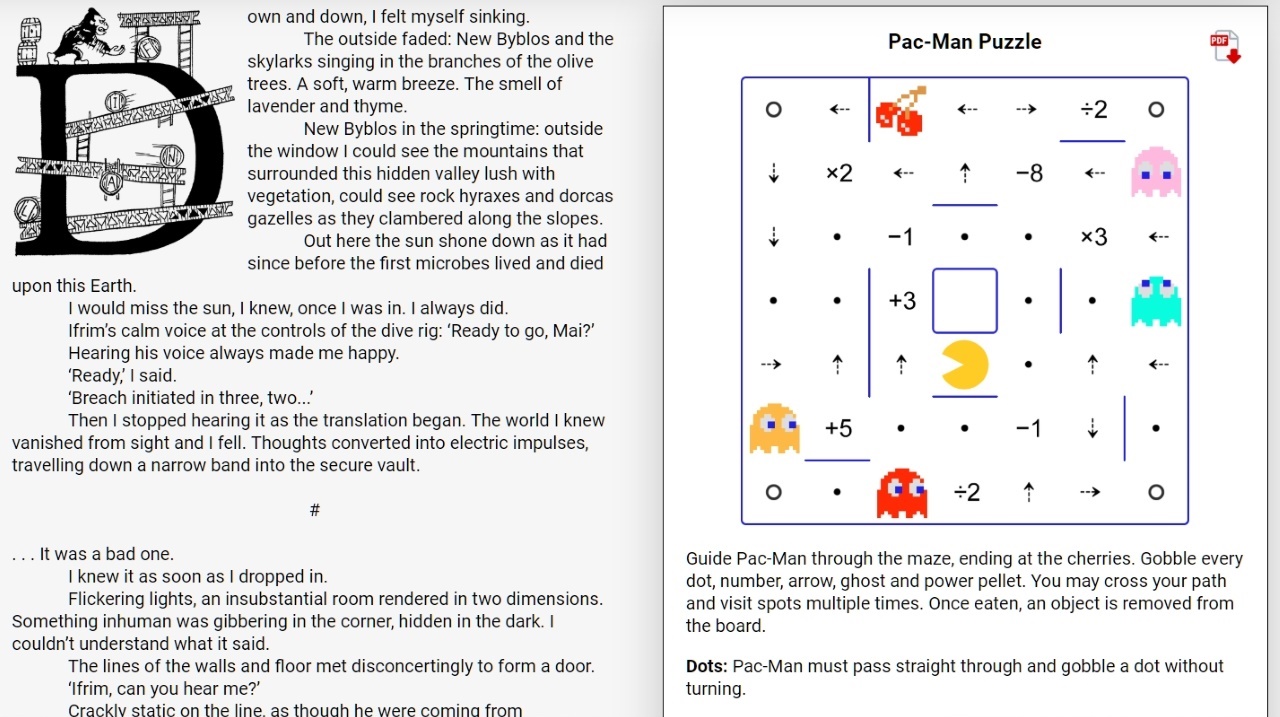 Even if your brain is a sputtering, fizzling mess, PuzzleTales has a built-in hint system, giving you a long list of possible hints and a shame-inducing 'I give up, what's the answer?' button. Tapping out will exclude you from the high score board, but I'd imagine that's of little concern for the average puzzle-hound - you're in it to fry your noodle, not flex on the internet. I admit that in order to write this and get a feel for the prose, I skipped ahead a little. While I will forever carry that weight, I can confirm that this is a nice story, and the illustrations, though sparse, are charming stuff.

PuzzleTales is out now and costs $12.95 for the full Svalbard story. The first four chapters are free.