The Challenger 2 loses around 17 kilograms in weight during the course of this turn, and the Al Rayman lighthouse approximately 800 bricks. These two facts are not unconnected.

T+3 seconds
One of the South Beach flankers decides to have a quick look over the wall he's hiding behind. A vigilant Landy Boy ensures it's the last decision he ever makes.

T+8
An enemy AFV icon jerks into life in the vicinity of redg36. Stone and/or the Dutchmen can hear the unmistakable clatter of caterpillar tracks on tarmacadam! 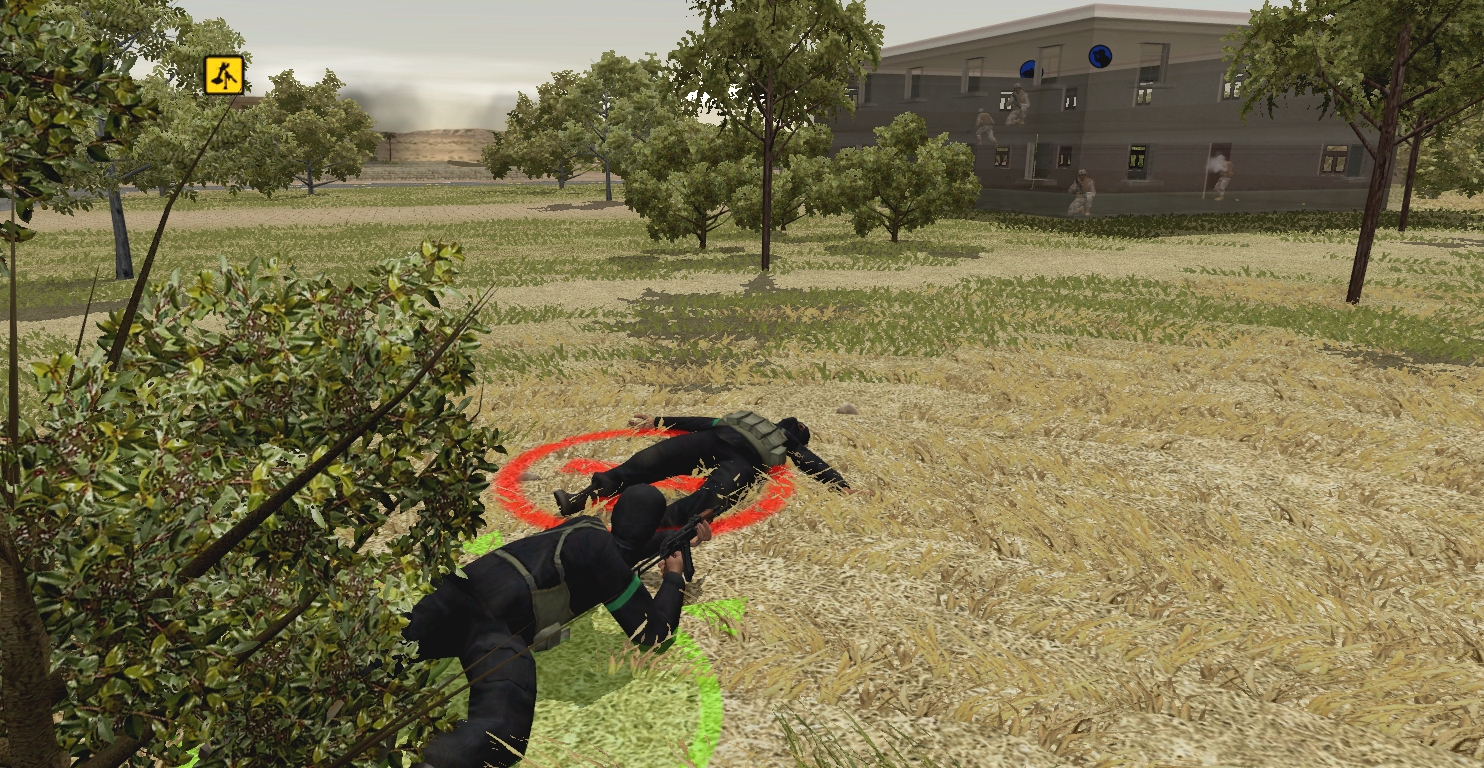 T+10
The Marines who have just barged their way into 'Park House' (S64) begin receiving small arms fire from the NW. It looks like the mortar crew depleted by Stone early in the game is still in the area.

T+12
From the second storey of Park House, one of 4th Squad's 'B Team' spies a militant mortarman and silences him. 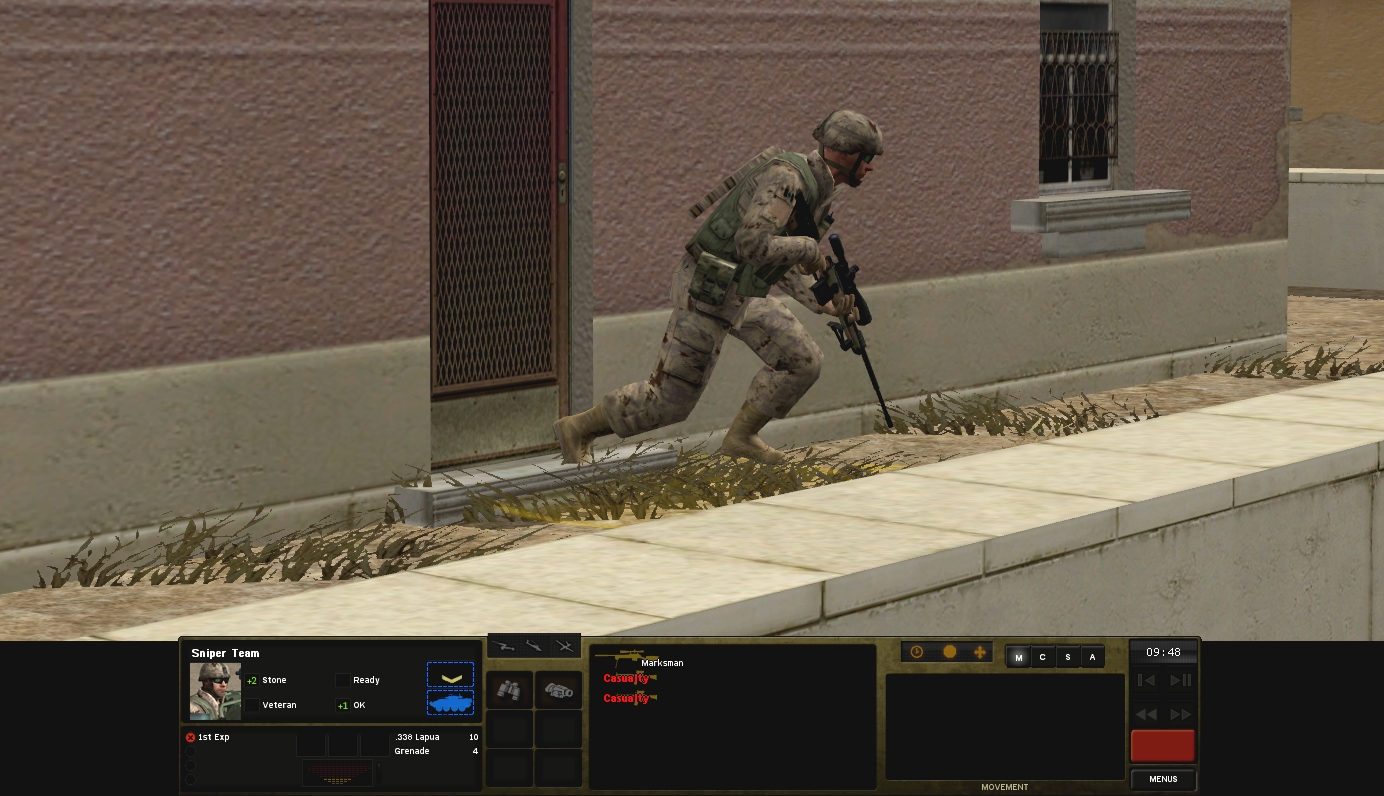 T+12
As Stone exits the Hotel Lux through the backdoor (the only way I could persuade him to disengage) he's winged by a taxi man's bullet.

T+14
A painting of Mohammad Qashani, the Father of Qatab, leaps off the wall of the Landy Boys' billet when a grenade explodes against the building's exterior. The three foes in the beachhouse seem to lack neither ammo or motivation.

T+20
Having already disfigured the lighthouse's striking cerulean taqiyah, Chally tears a gaping hole in the tower's western side. Unsurprisingly, the SAM slingers are no longer harassing the Dutchmen

T+24
A low wall behind the Landy Boys' position is transformed into a dusty fountain of agitated aggregate by an imperfectly aimed AT-14 missile.

T+28
Having made themselves at home at U80/81, Swamp Thing's dismounts begin badgering the remaining grenadier.

T+30
Interesting. An enemy AFV icon on the north side of the river has just fidgeted. Is that shy T-55 on the move?

T+37
Yuen's Javelin team can make out two enemy AFVs on Pelican Point but seem more interested in potting the nearby grenadier than vandalising the vehicles.

T+40
Judging by the sound of its engine and tracks, the mysterious redg36 trundler is now heading in the direction of the marketplace and hotel.

T+40
Tardy InstiGator pivots onto the L road, the most dangerous section of her journey behind her.

T+42
Pushing north-westward from Park House, Judge's HQ team encounter a black-clad figure with his hands in the air.

T+45
Fingers are crossed and necks shortened inside Ample Annie as the plucky AAV bowls across the V highway.

T+50
Annie's arrival on the southern side of the Hotel Lux is mirrored by the arrival of the mysterious unidentified AFV on the northern side of the building. It looks like Stone (no relation) checked out in the nick of time.

T+55
Annie turns in order to pop smoke in a helpful direction.

T+57
Chally abruptly ceases her lighthousework when a far more tempting target appears directly in front of her.

T+58
The blundering, blasé IFV suddenly realises the peril it's in and begins a turn to port.

T+59
Compressed oblivion exits Chally's rifled barrel and completes the short journey to the target in a split second.

T+60
A hit! Job done? Possibly not. A detonation on the road beyond the IFV suggests the sabot round may have passed clean through. 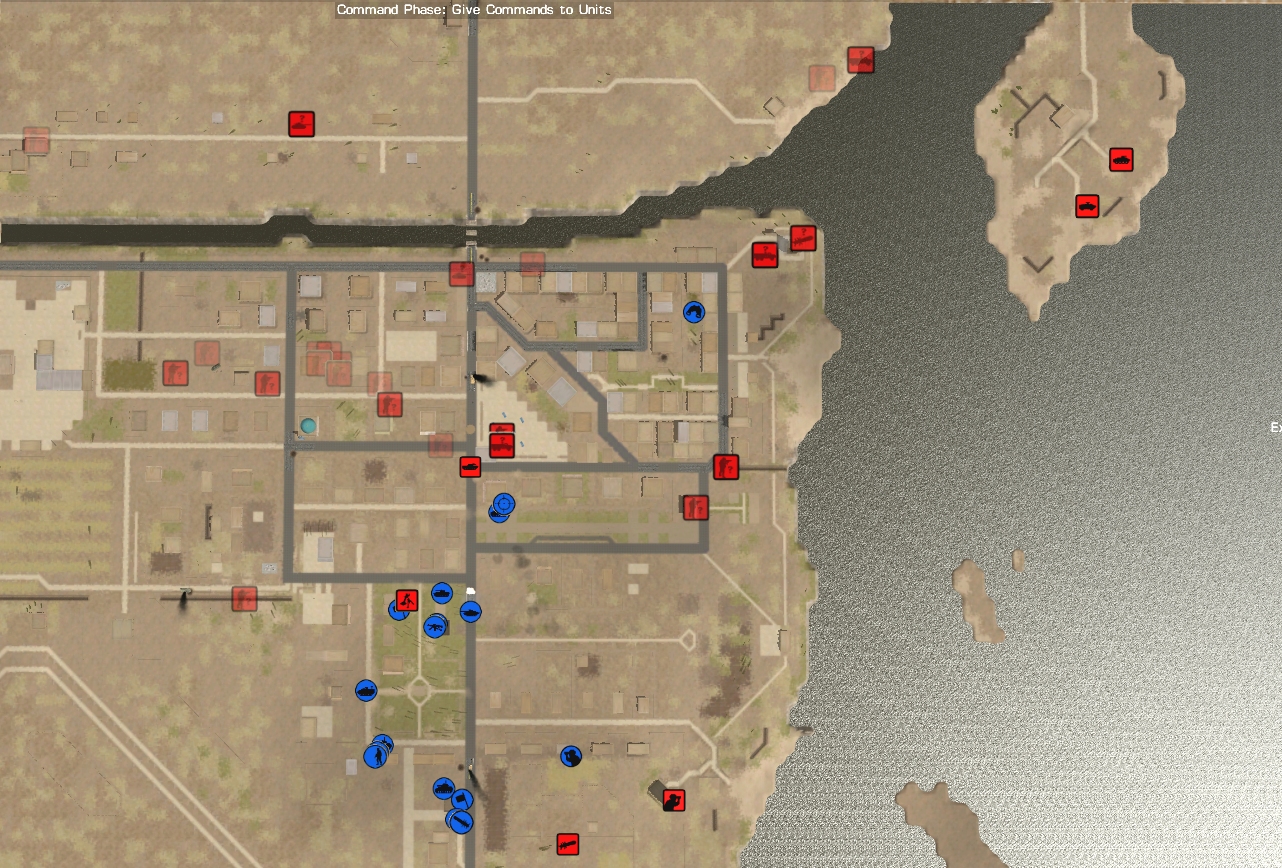