The fact that Protocol III of the Convention on Certain Conventional Weapons prohibits the use of white phosphorous munitions in civilian areas, concerns the Comment Commanders but doesn't, in the end, stop them from ordering the Challenger 2 to target a suspected enemy position near North Beach with WP. Ultimately it's CMSF2 itself that steps in and prevents a potential digital war crime. For reasons probably more technical than moral, the GM (Yours Truly) gets an “Invalid Smoke Target” warning when he tries to implement the order so switches to HE ammunition instead.

While Chally belts brickwork, the Scimitar, realising it's out of smoke grenades, holds its ground and continues to harangue the AT-14 with autocannon and MG.

At T+7 the chap on the receiving end of this tracer-laced tirade peeps over the parapet during a brief lull. It proves to be a fatal mistake. The AT-14 is now unmanned. 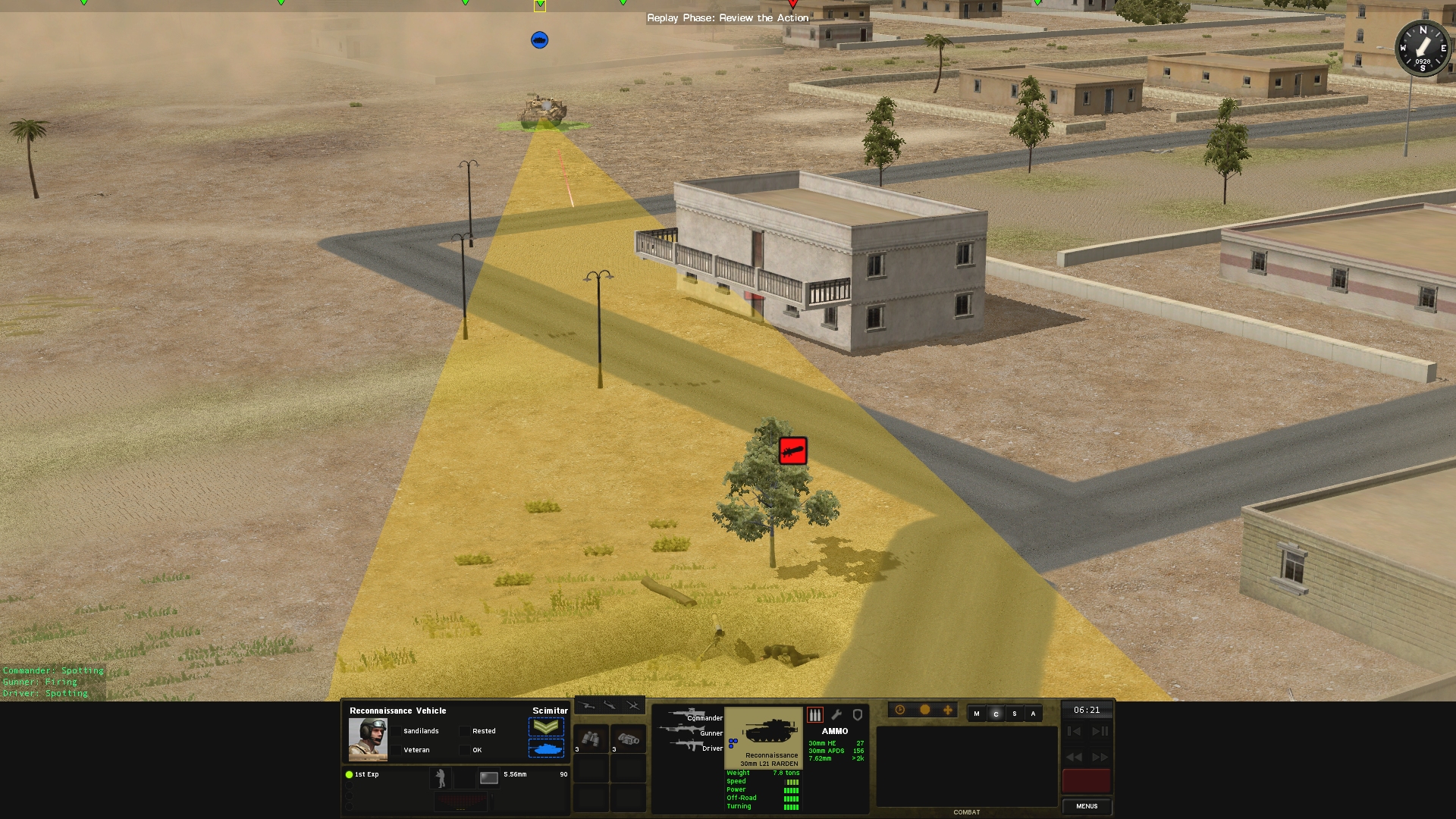 Or is it? Twenty seconds later, the Scimitar crew spy another enemy fighter moving about near the abandoned Spriggan. The rounds intended for this mysterious individual (I'd assumed an AT-14 crew consisted of just two men) hit the missile system instead, rendering it U/S.

Pinpointing the source of the RPG that strikes the ground a metre or two in front of our recon tank at T+47 is impossible (the firer is somewhere between 11 and 12 o'clock). However, the unit responsible for gouging the Scimitar's turret and buttoning-up its commander at roughly the same time, is locatable.

Forced by Chally to abandon the second storey of the balconied building at redr52, an enemy sniper has set up shop in a south-facing window on the ground floor.

Down at the beachhouse USMC firepower and organisation quickly triumphs over Qatabi bravery and stubbornness. The doughty defenders have no answer to Deviator's loquacious grenade launcher.

By the time 2nd Squad's A Team reach the building, it's roofless and threat-free. 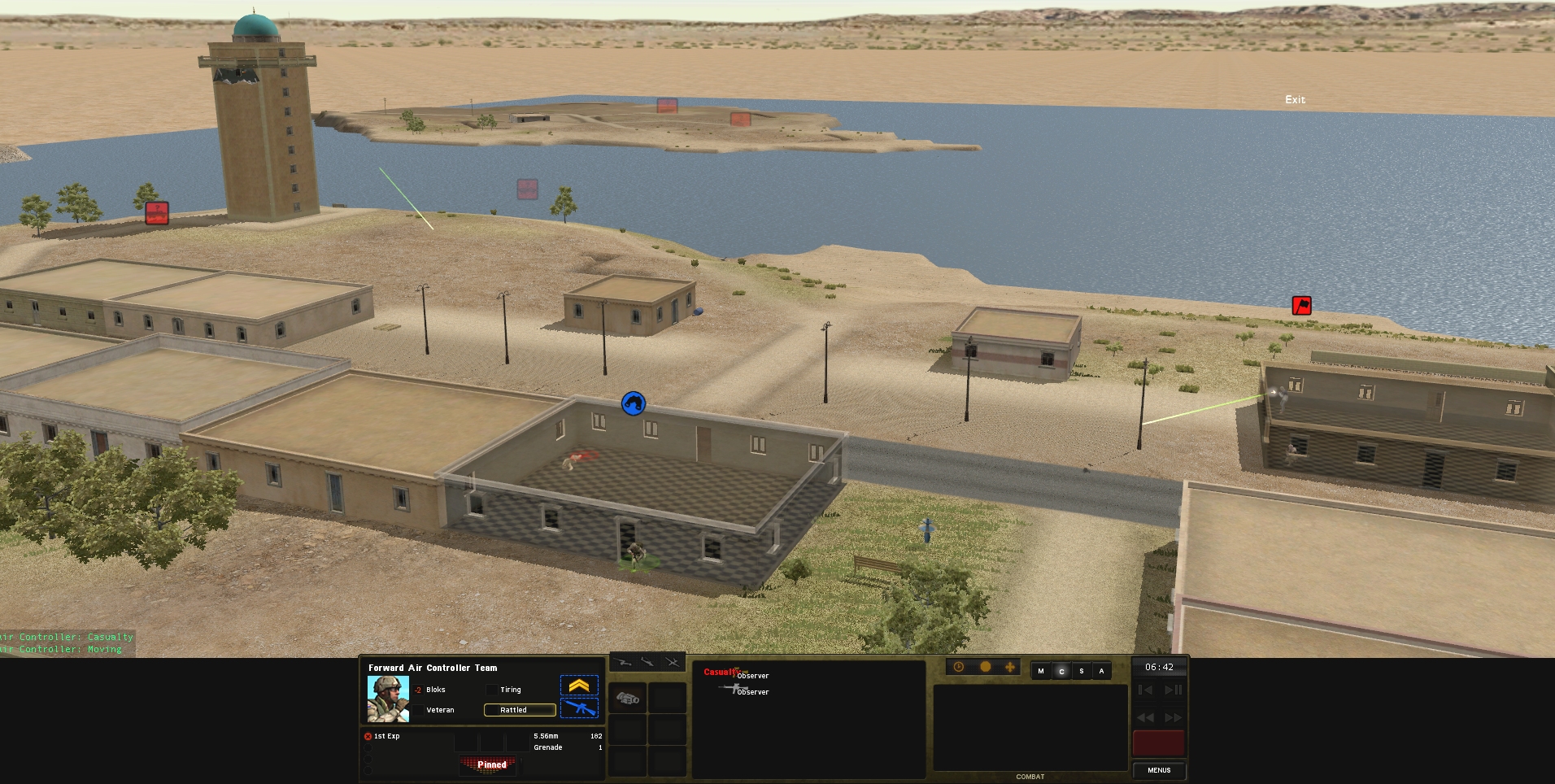 From the way our Dutch aviator is engaged by foes in both the lighthouse and a cafe to the SE, the second he gets to his feet, you'd think he was attempting to exit a greenhouse rather than a structure of bricks and mortar. Cowering close to the backdoor he vows to post something bitter on the BFC forum if he ever gets out of Al Rayman alive.

At the the end of the turn, Yuen is on the verge of hurling another Javelin at Pelican Point.

Ample Annie is ready to roll after picking up the Park House posse. 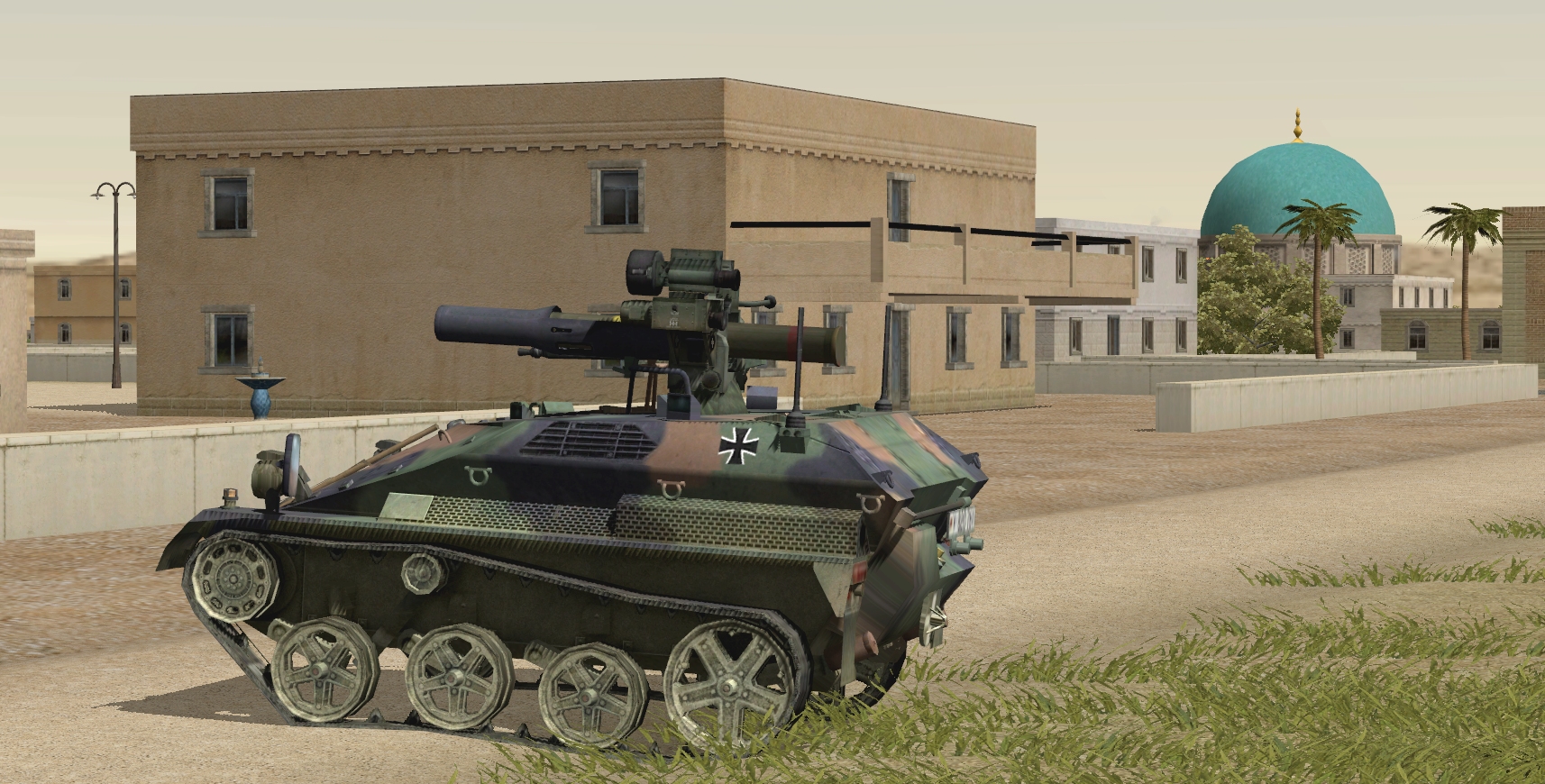 Restless Willy is scanning the western horizon for signs of arriving armour after a short scamper southward from H58. 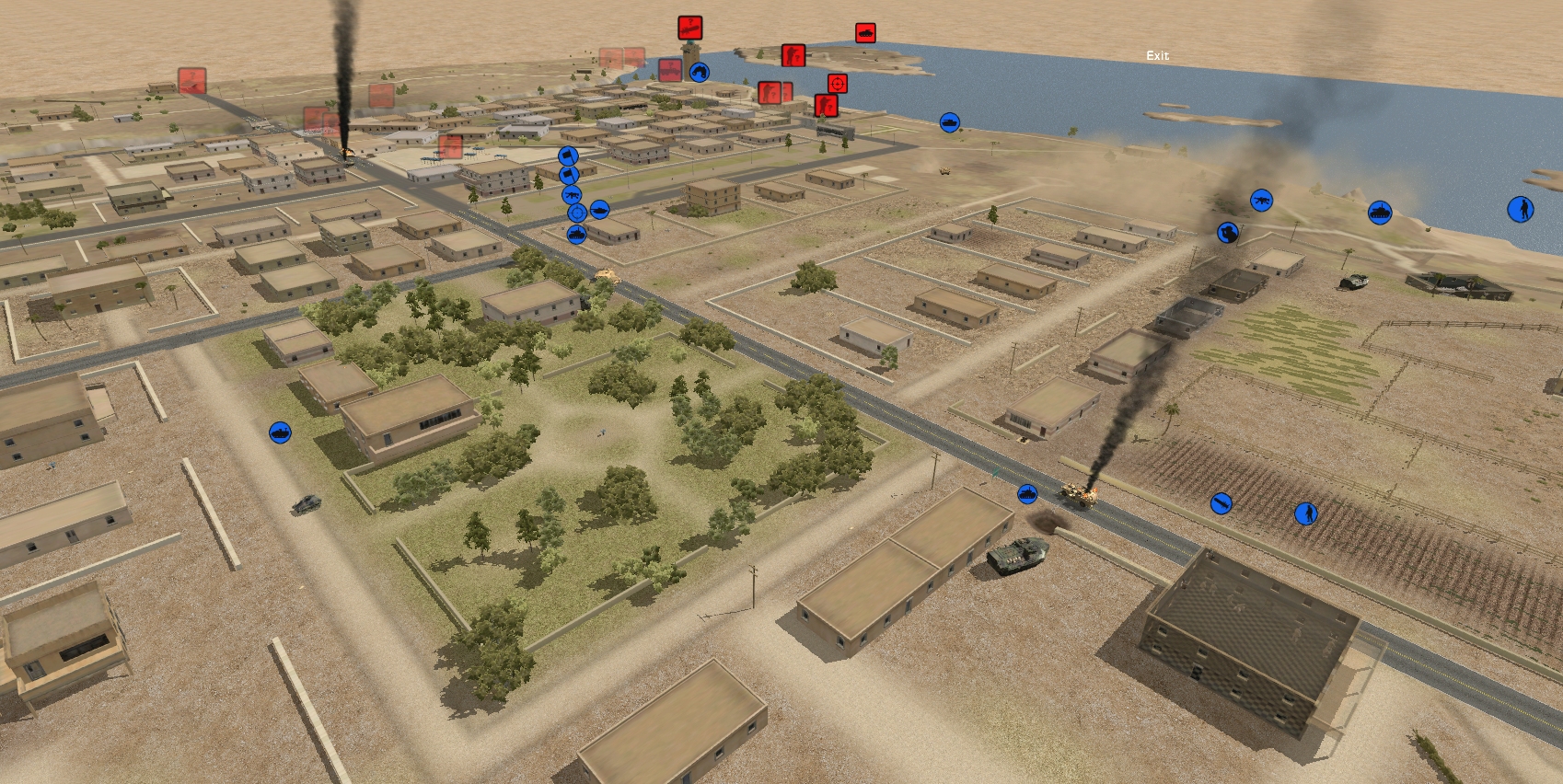 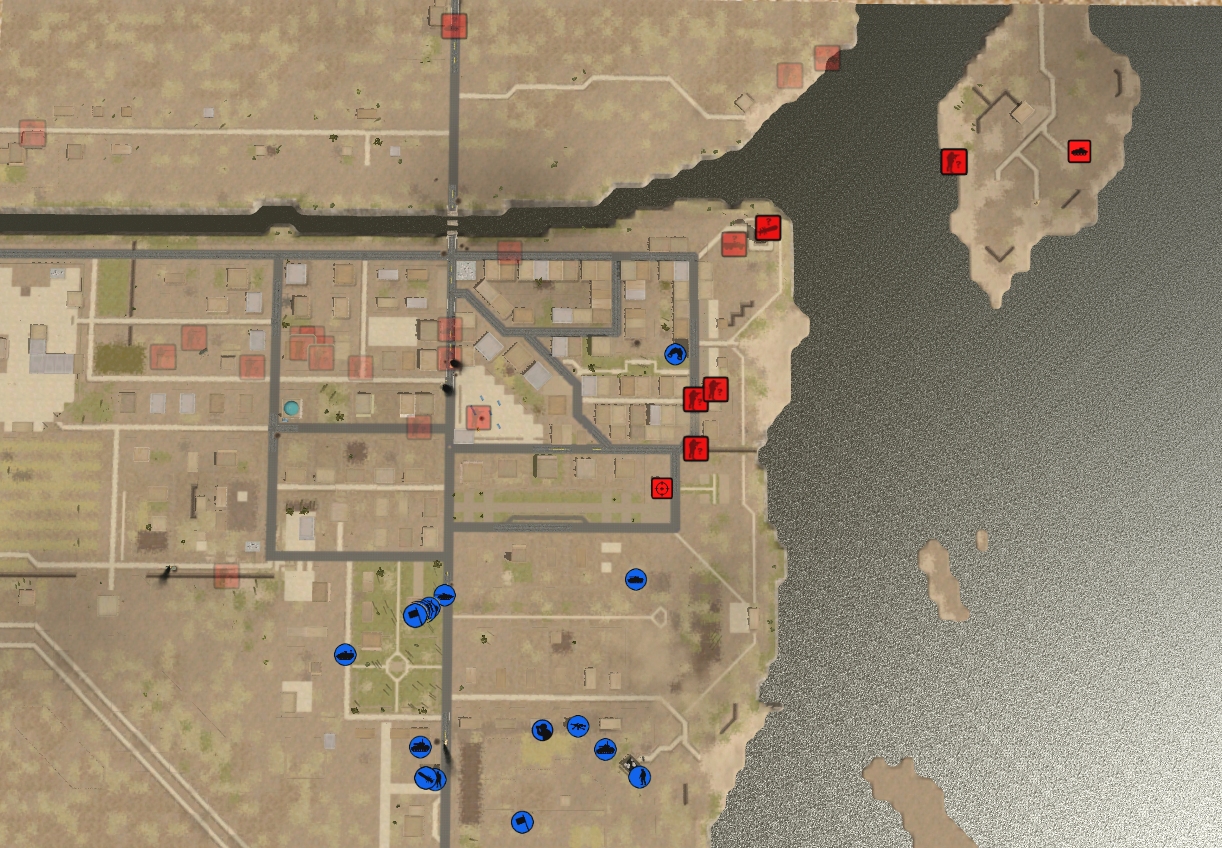