Chivalry is alive and well in the corspe-strewn Qatabi town of Al Rayman. With the clock ticking and the lead tanks of an enemy armoured brigade streaming through the western suburbs like hungry hyenas, the Comment Commanders decide to mount an ambitious rescue bid before dashing for South Beach. If the object of the escapade, a Dutch chopper pilot pinned down near the lighthouse, finishes the scenario kaput or captured, nobody will be able to say it was because of a lack of effort from his comrades-in-arms.

The rescue attempt involves three NATO vehicles – the Scimitar, the Challenger, and Deviator the AAV. The Scimitar plays its part beautifully. After nailing a nearby sniper with a minimum of fuss...

Firing suppressive HE on the hoof as she hastens eastward to join the Scimitar, Chally probably isn't aware of the movements of an enemy AFV on the northern bank of the river. A tank, possibly the shy T-55, appears to be making for the coast.

A Qat battlewagon already sunning itself on the seashore, is spotted and engaged by Deviator during her high-speed ingress. Parked near the lighthouse, the technical grenaded by Bayou Belle back in turn 2, survives a second AAV assault the same way it survived the first. By skedaddling like a spooked scorpion.

CMSF2 doesn't do road traffic accidents which is fortunate as Deviator and Chally reach the corner by the sniper's crib at exactly the same moment. After some unsightly shuffling/clipping, the British bruiser gives way to the American taxi. 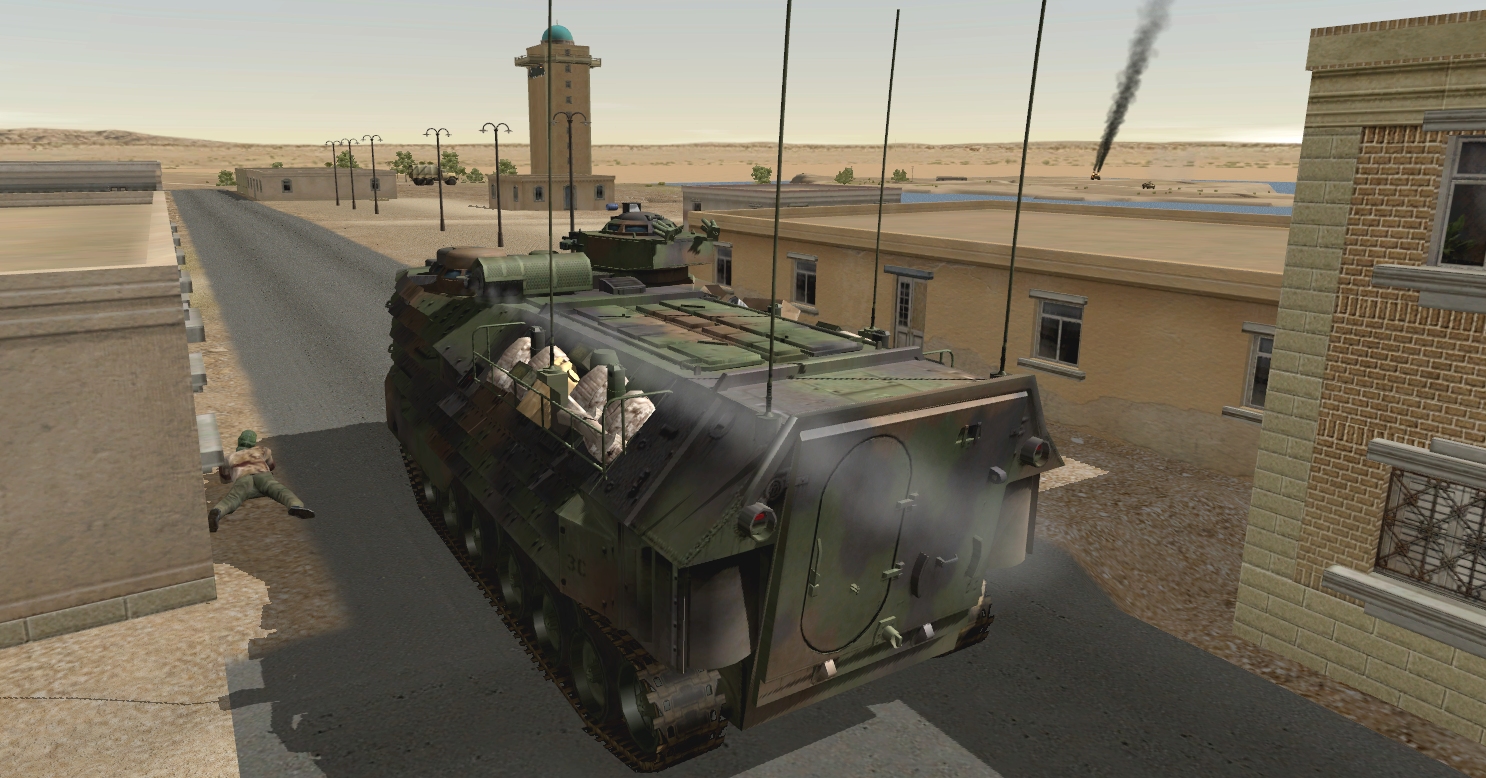 Deviator storms past the broken AT-14, her exhaust plume streaming like a lance pennant. Steering into the narrow street next to the cafe (redx42) and the suppressed two-storey house (redw44), she almost crushes a pistol-clutching Qatabi fighter, spread-eagled on what passes for a pavement in this quarter of Al Rayman.

When the turn ends, our altruistic AAV is bearing left, perhaps intending to collect her fare in the relative seclusion of the green space at redu39/40, and I'm eyeing the suspiciously quiet establishments across the street nervously, and wondering why neither of the two smoke orders I plotted were executed.

Other turn 15 events of note.

Yuen can paint another AFV silhouette on his deadly drainpipe. The Jav he launches at T+17...

... arrives at its aimpoint - the too-hot-to-touch roof of the Pelican Point BTR - a few seconds later.

The sound of a thunderous explosion prompts some anxious map scouring. 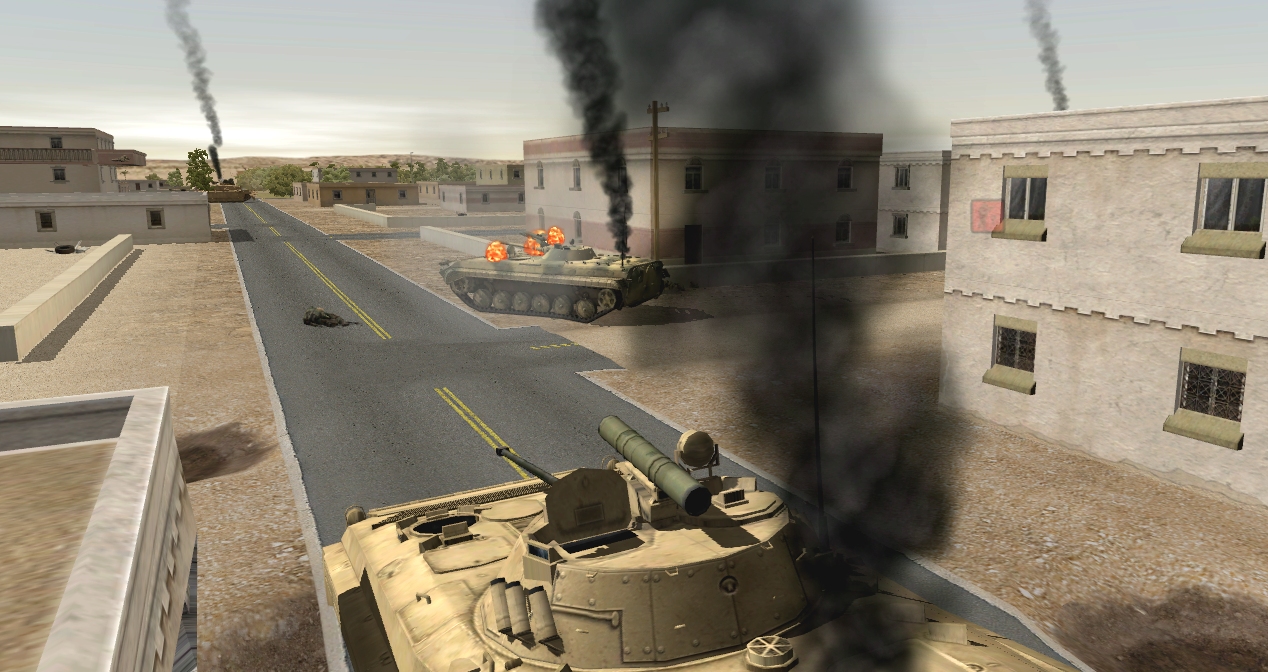 Phew, it's just rounds cooking-off in one of the blazing BMPs near the market. 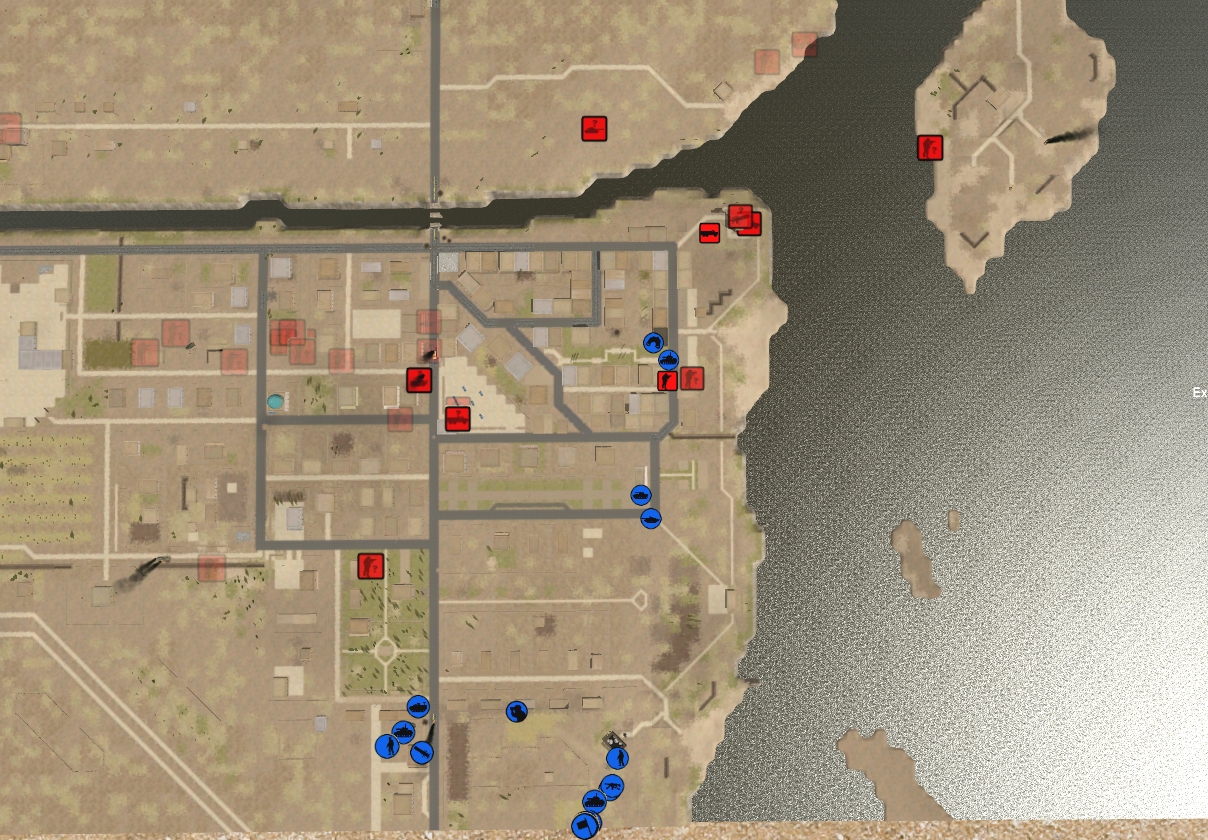