In Combat Mission jubilation can turn to despair in the time it takes to type “WTF”. Pleased as Punch after rescuing Van der Valk, the marooned Dutch airman, the Comment Commanders must now face the consequences of their risky eleventh hour rescue mission – a turn of tense debussing some distance from the relative safety (?) of South Beach. 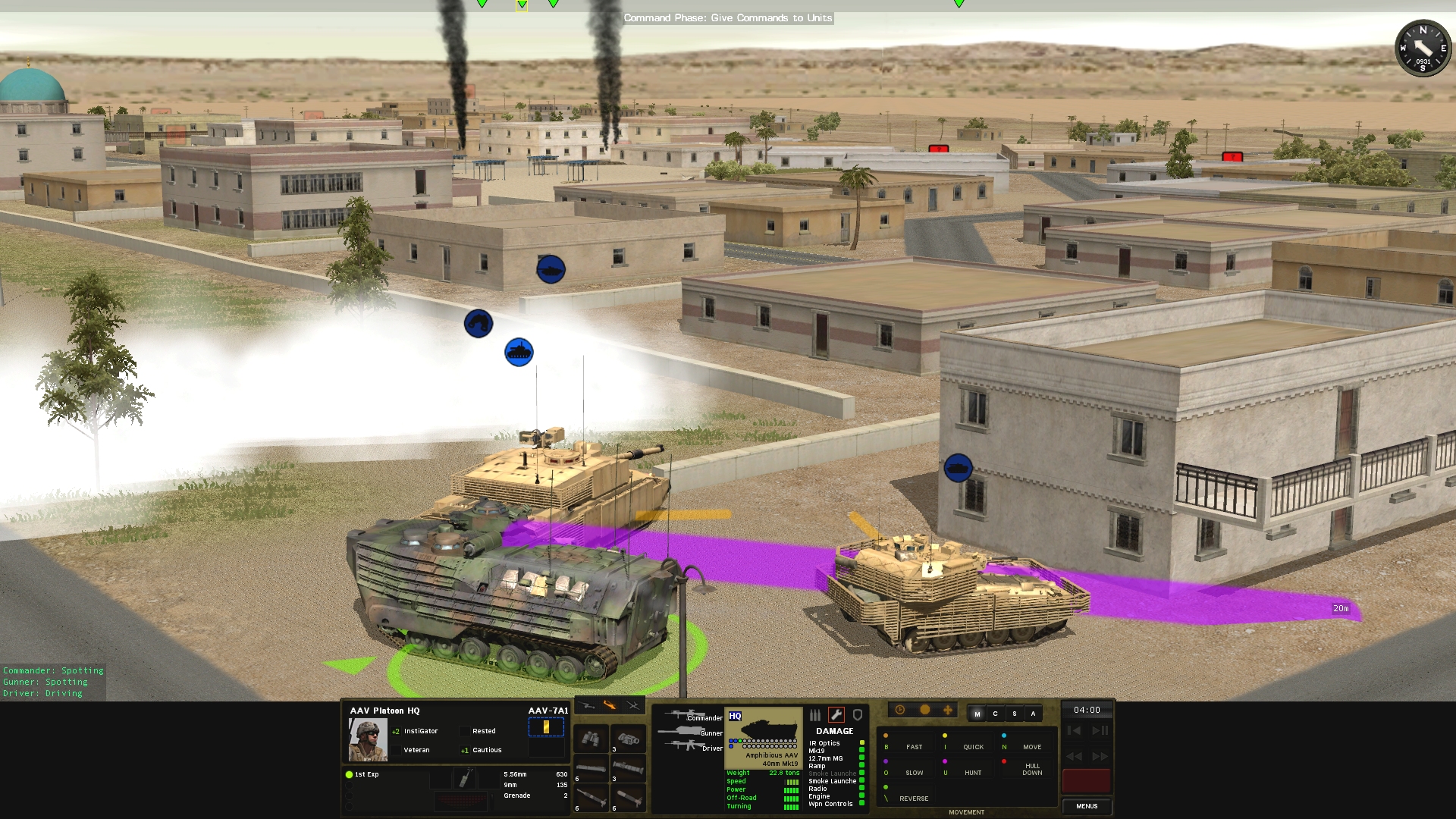 If we were playing CMSF2 in real-time mode, transferring the crews of the NATO tanks to Extricator would probably be done and dusted in under 30 seconds. In WeGo mode (a necessity for Play by Comment CM) order system limitations mean it will probably end up taking three times as long. Perhaps the delay is the game's way of simming the Brits spiking their steeds before abandoning them . Yes, let's go with that.

One tankie is spared the frustration of the mandatory wait. Scimple Scimons, the Scimitar commander, decides to ignore the carefully plotted NW-aligned 'bail-out' pointer and jump down on the starboard side of his vehicle before Extricator has had a chance to seed a smokescreen. A sniper's bullet in the neck is his reward. 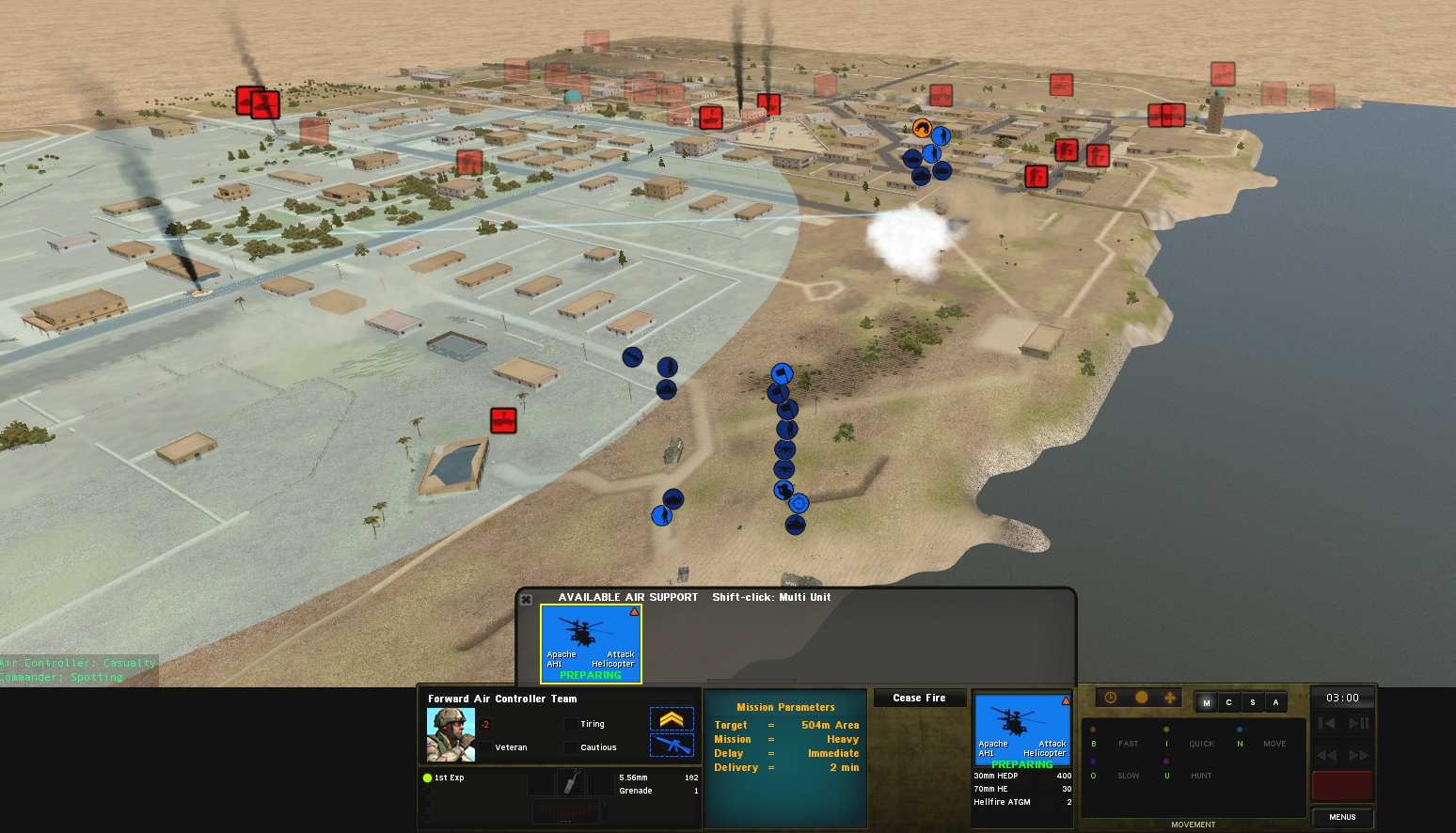 While the tankmen are cooling their heels (or in Scimons case, turning up their toes) in the open air, Van der Valk is huddled next to Extricator's radio attempting to repay his debt to his comrades by acting as JTAC for last turn's unexpected arrival. Partnered with any other Allied unit, the earliest we could expect contributions from Quidditch Five Zero, the Apache attack helicopter, would be turn 22 (the game ends after turn 20!). Working in concert with the heli-literate Dutchman - a qualified JTAC as luck would have it - Hellfires should be hellraising in the final turn.

Revving AAV engines, bawling Marines, jangling kit, pounding combat boots... South Beach is no place for a siesta in turn 17. Rather than wait for Swamp Thing to arrive, 2nd Squad's A team, the Landy Boys,  and the machinegunners of 4th Squad's A team decide to hitch a lift with ready-to-sail Ample Annie. Constrained by the same order limitations as the British bailers to the north, Willy's driver doesn't have that option. He'll have to wait for Swampy or board Annie next turn. 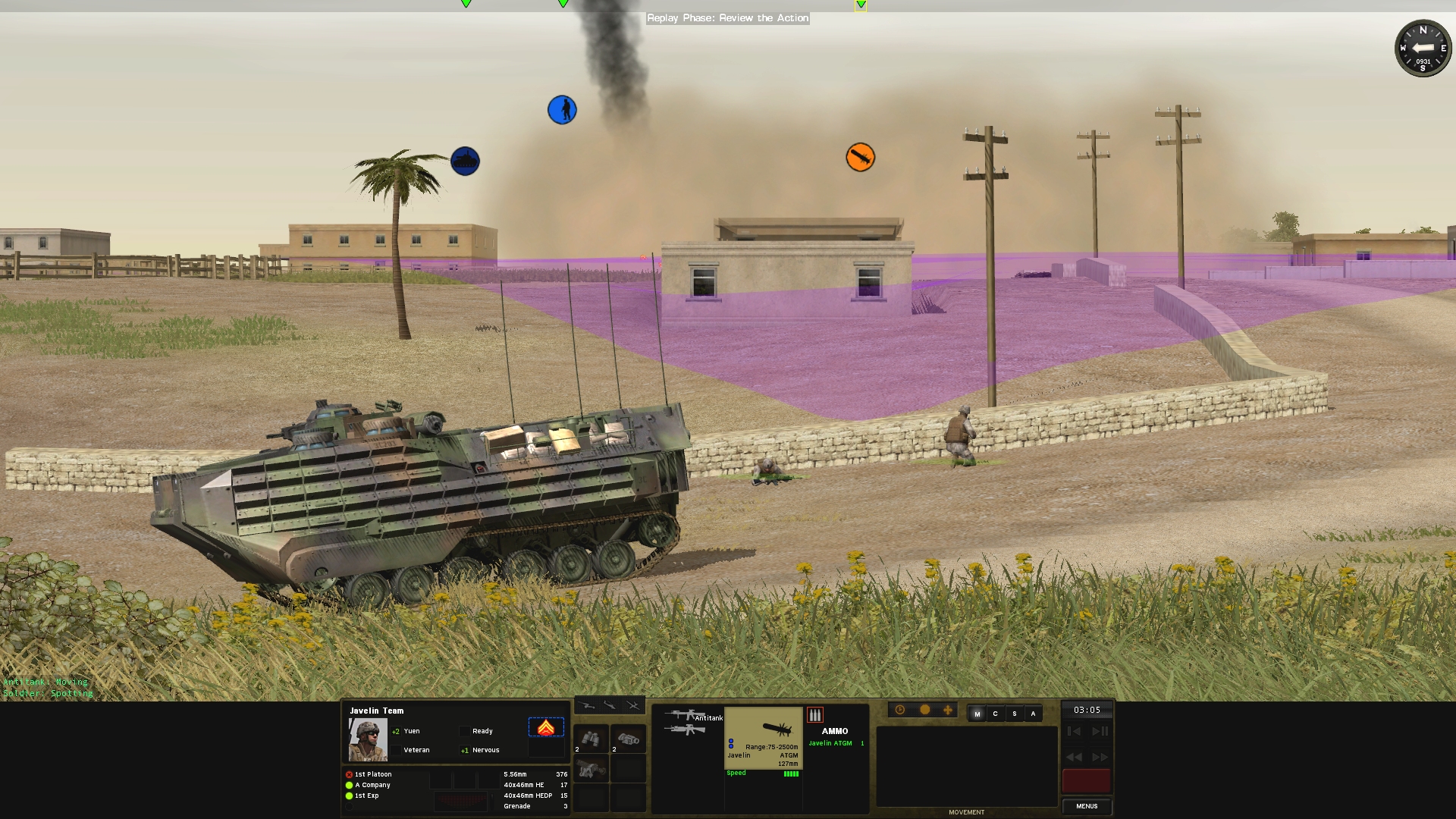 The Qat armour breathing down her neck seems to put pep in the step of Swamp Thing. Before you can say “OKC-3S bayonet” she's skidding to a stop at redt76 and lowering her tail ramp so Yuen and his assistant can disembark. Our Javelin hurlers seem far from happy to be dismounting. They jog to the wall shaking their heads and muttering about “minimum range” as they go.

The smoke clouds that shielded Extricator and the tank crews for most of the turn seem as eager to leave Qatab as the peacekeepers. They're drifting SE at quite a rate. 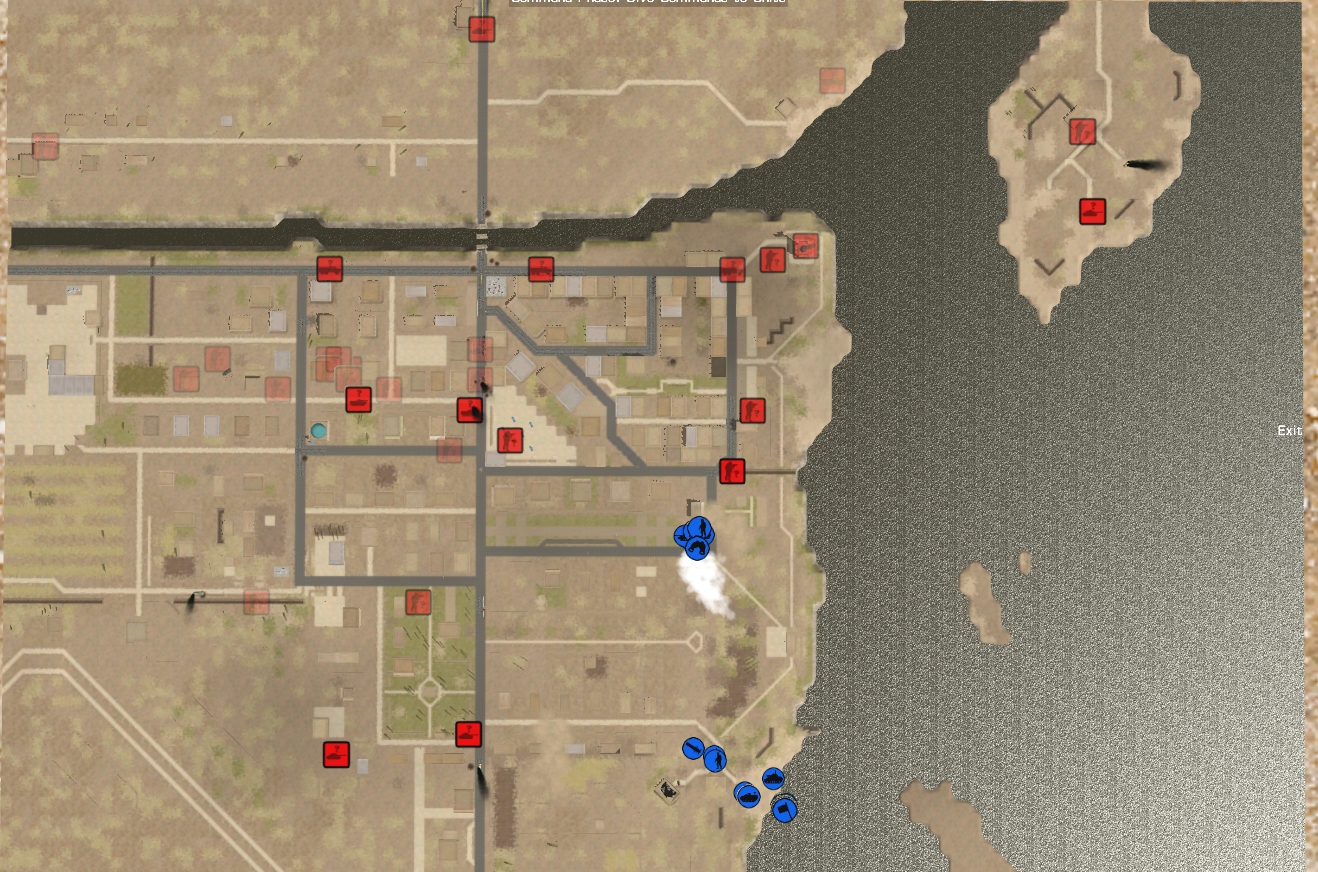