Both the Qatabis and the peacekeepers lose a vehicle during the eighteenth minute of this year's experiment in Combat Mission by committee.

The idea of swanning across the Strait of Khormuk under fire from a host of Russian-made MBTs doesn't appeal to the Comment Commanders. With the enemy spearhead less than 200 metres behind them and closing fast, the Marines decide to have a bash at blunting it before ordering all their AAVs into the brine.

Only one water taxi is allowed to cool its caterpillars this turn. Heavily laden Ample Annie ambles into the surf at T+10 and makes for the perfectly straight bank of sea mist that runs along the map's eastern edge at the maximum speed her pair of 14,000 gpm jet pumps can manage - 8 mph. All three of the USMC HQ units are aboard - a fact that doesn't escape the notice of the troops left on the shore or the clipboard-clutching GM.

As Annie shades sea urchins and brushes aside jellyfish, the peacekeepers around South Beach hurry to take up new positions with views of Road 73.

Moments after our Javelineers reach redv72 – a patch of undergrowth at the eastern end of the beach road – they spot trouble. Trouble x 2. Two of the red tank icons that have been hopscotching eastward for the past couple of turns, morph into two trundling T-72Ms.

Sweating like a snowball in the Sahara, Yuen shoulders his 21st Century bazooka and instinctively dabs the Direct Fire mode button. He's preparing to fire on the lead tank when it opens up with its coaxial MG, showering him with shredded greenery and fragrant sap.

But our anti-tankists aren't automatons. Intimidated by the flurry of Pb, they ultimately decide to go prone rather than go for broke. It's up to Mortensen's men now.

Distracted by the two Marines in the undergrowth at twelve o'clock, the advancing heavyweight hasn't noticed the eight jarheads entering the house at two o'clock. The party of 2nd Squad tank hunters is led by a Louisianan with a LAW and lightning-fast reactions.

At T+55 the LAWyer gets a fleeting snapshot opportunity which he snatches with both hands. A 66mm HEAT rocket streaks from a north-facing window and, in a fiery flash, detonates against the flank of the vanguard T-72. The target shudders and slows as if brakes have been hastily applied, but keeps rolling.

Whatever mechanical havoc the hit caused isn't sufficient to prevent the T-72's gunner from hurling a 125mm HE round at Yuen. Thankfully, the shot lands ten metres short of our pinned AT team.

Somewhat improbably, the Qatabi vehicle that perishes this turn is slain by Annie. A long-range MG burst from our wave-cleaving amphibian puts paid to the northern technical moments before the clock stops.

And the NATO AFV casualty?

The vacant Scimitar, thank goodness. Just before Extricator embarks on her smoke-screened coastal ramble she's elbowed by the shockwave of an exploding RPG. Whether the North Beach cafe customer that launched the grenade was after the recon tank or was aiming for the AAV and placed his crosshairs a tad too low, we'll never know.

^  Vulnerable Swamp Thing has begun to lob grenades at the lead T-72.

^ Extricator is about to attempt the most dangerous leg of her beach run.

^ In another 30 seconds or so Annie should be safely hidden inside that perfectly perpendicular fog bank. 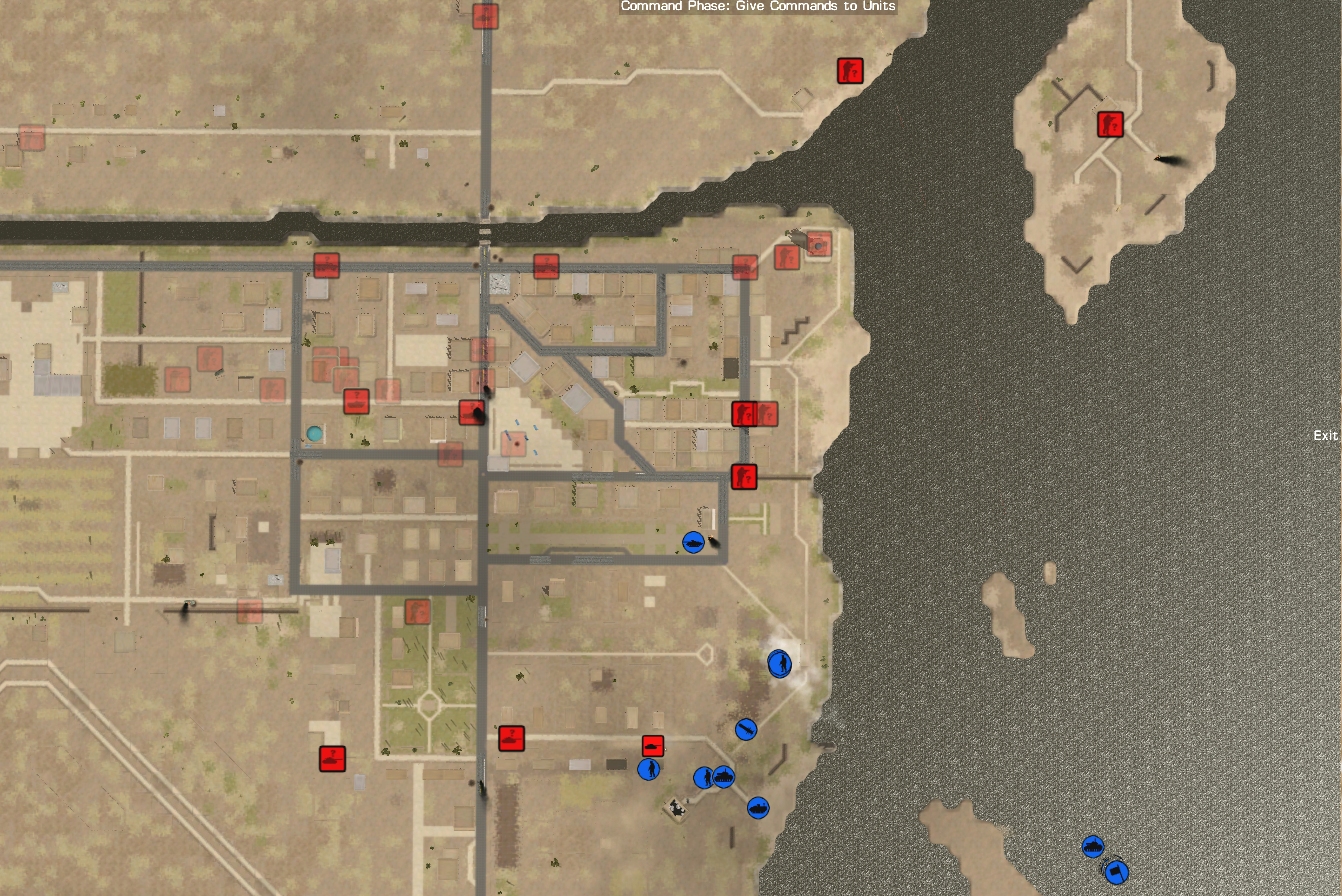 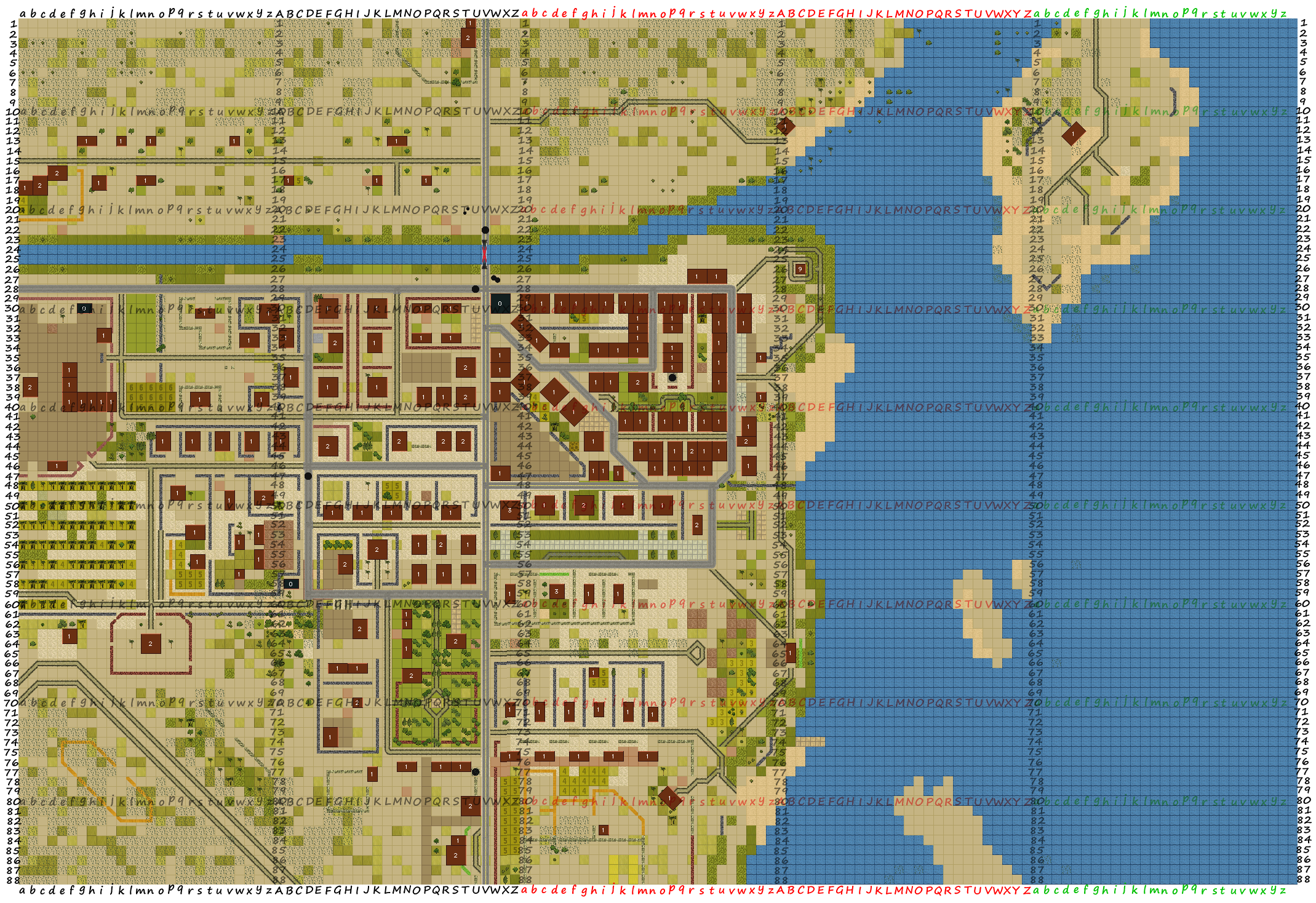