Those of a sensitive disposition may want to skip today's sixty-second slice of WEGO war. Bayou Belle, one of our five webfooted troop taxis, is pivoting at the start of a pedal-to-the-metal tactical withdrawal when she's socked on the right flank by something substantial and energetic. The speeding warhead halts her progress, slays two of her passengers and incapacitates three others.

Is the anti-tankist who dashes past moments later the architect of this dispiriting development? It seems not. Ten seconds after the first impact, a second projectile, arriving from a similar direction (the north), finishes her off and reduces Iverson's squad to a handful of dazed, demoralised headless chickens.

Watching these survivors bail out and attempt to reach cover is a harrowing experience. Receiving small arms fire, plus the odd grenade, from north, east, and west (several Qatabi fighters have bypassed the wreck and occupied the house at s39), it's hardly surprising none of the Americans get very far. 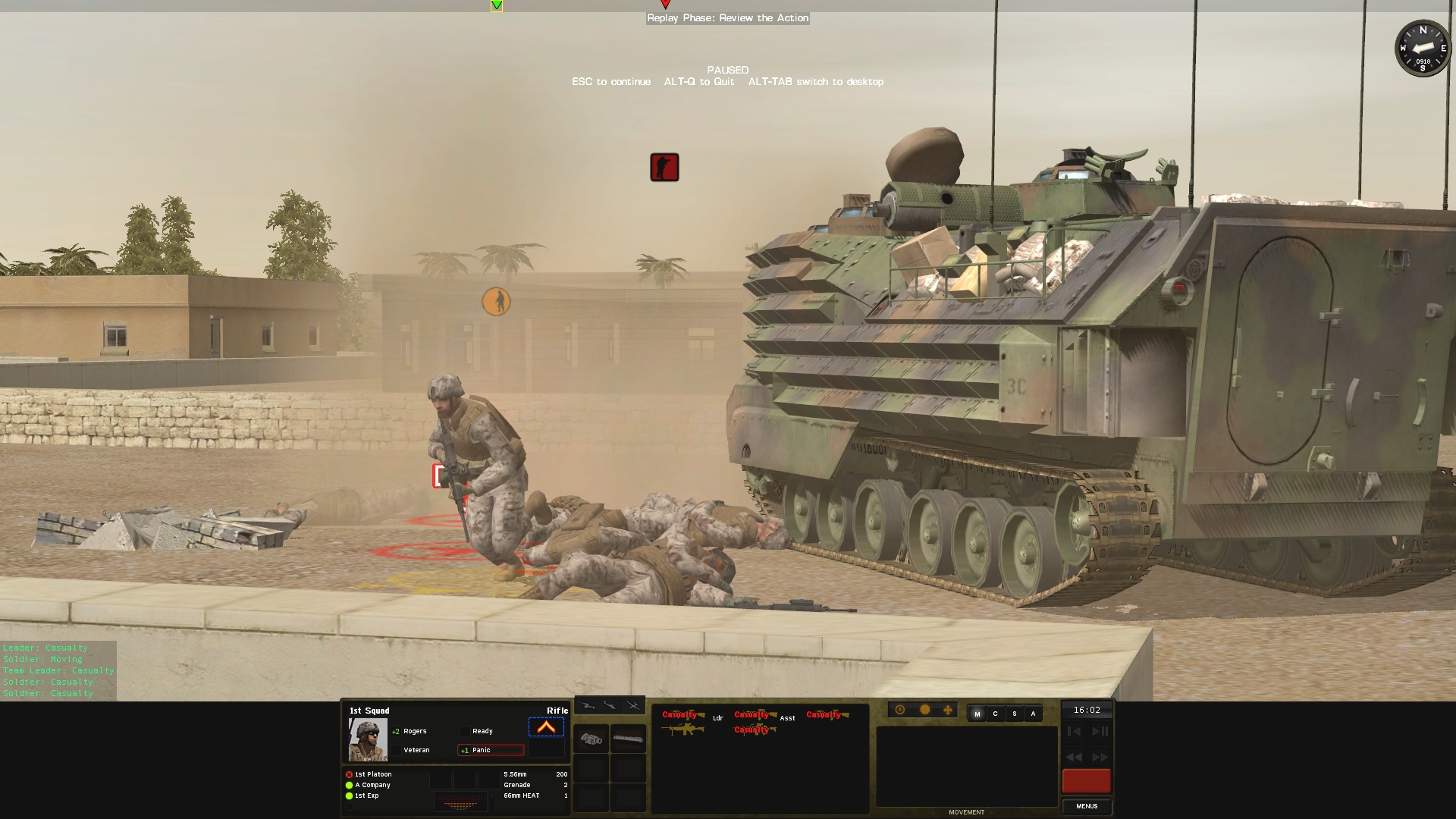 While Bayou Belle and her brood are expiring, Willy the Wiesel is backpedaling furiously with a lifeless machinegunner flopping about in his starboard hatch.  A red icon that appears over the balconied house at I70 soon after the German perishes, suggests the chap pictured above may have done the deed.

Happily, there is some good news for the beach-bound peacekeepers. Ascending to the third storey of the Hotel Lux, Stone's sharpshooters reveal two of Pelican Point's secrets... 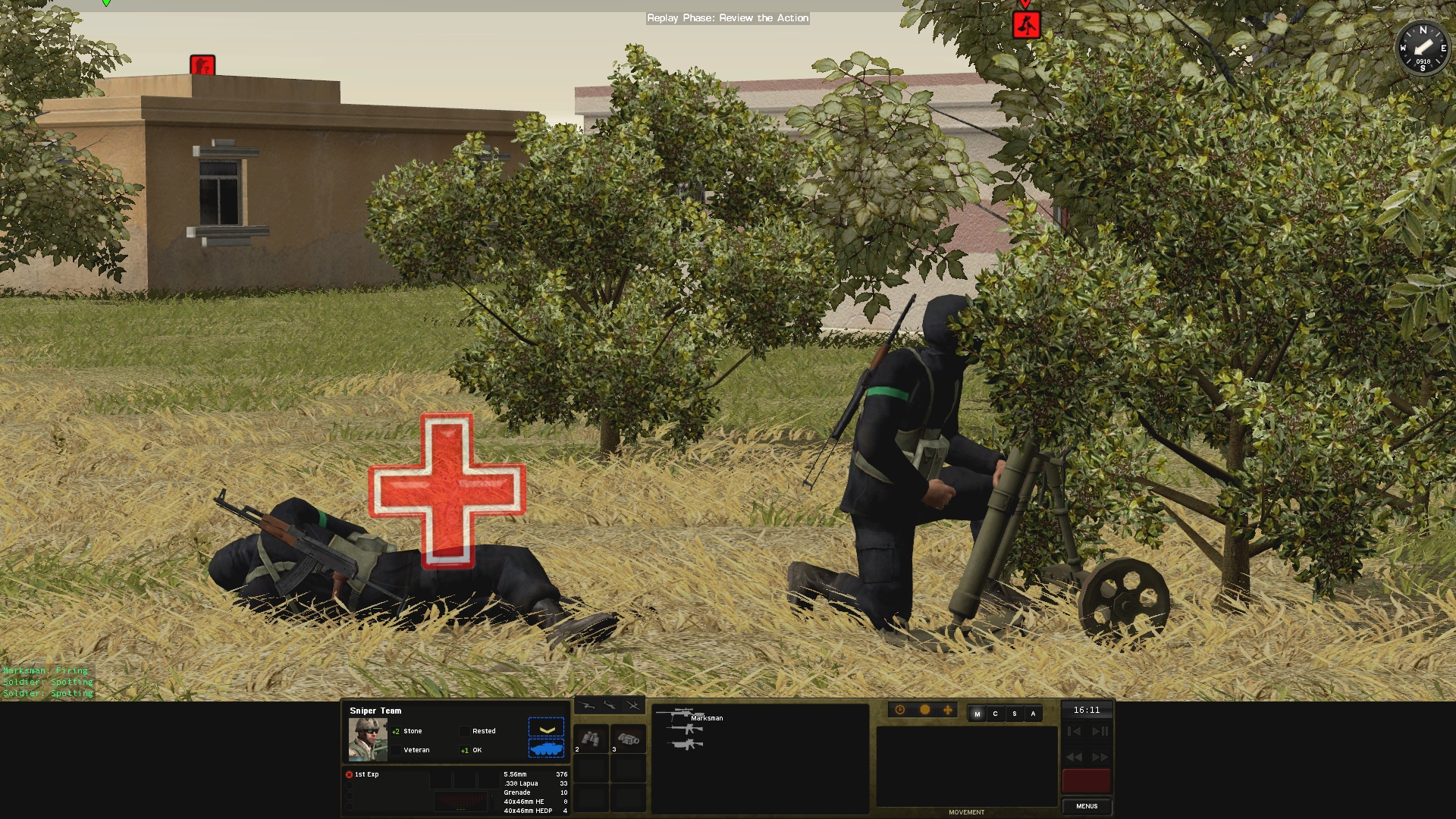 ...and spot the source of the mortar bombs that have started falling at regular intervals on the vacant Camp Geiger. The barrage pauses towards the end of the turn when the mortarman, wondering why his loader is taking so long, turns around and gets his answer. 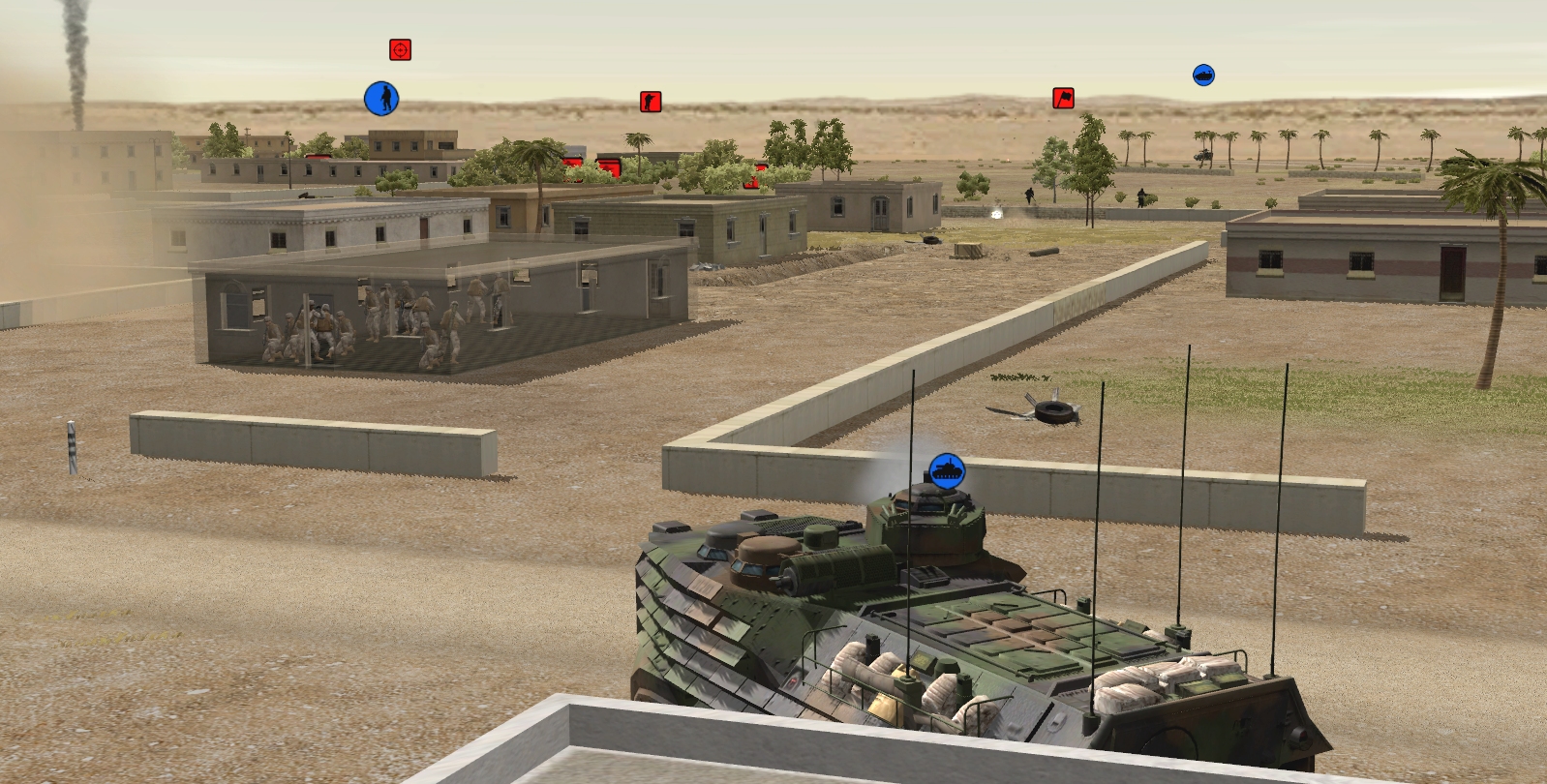 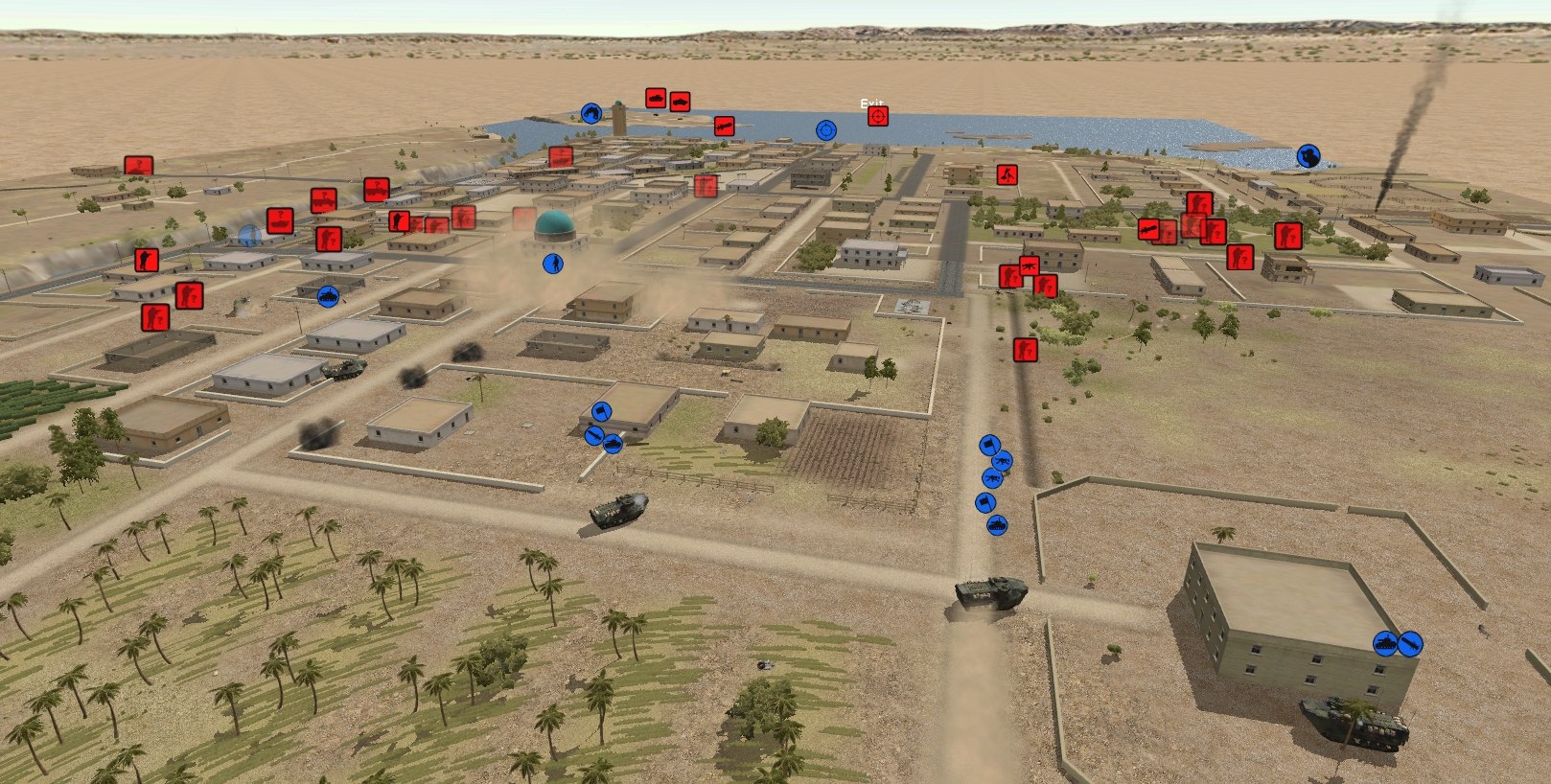 And the enemy bodycount in this area of the map looks sets to rise. Deathproof de-bogs and InstiGator arrives at the racecourse house in the dying moments of turn#4.

Qatabi units worth bearing in mind during turn#5: 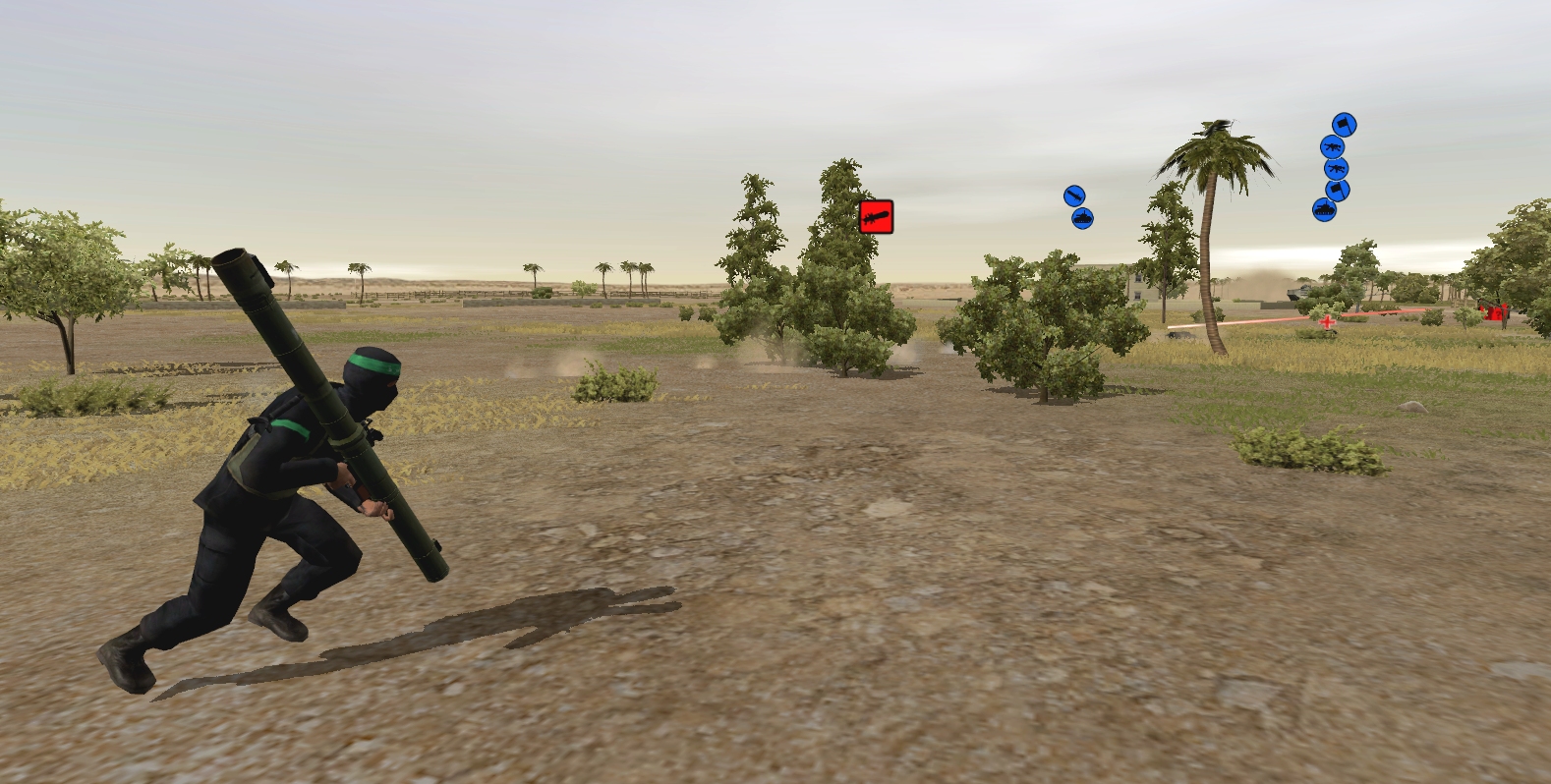 AT team (D65) apparently heading for ditch, spotted by InstiGator 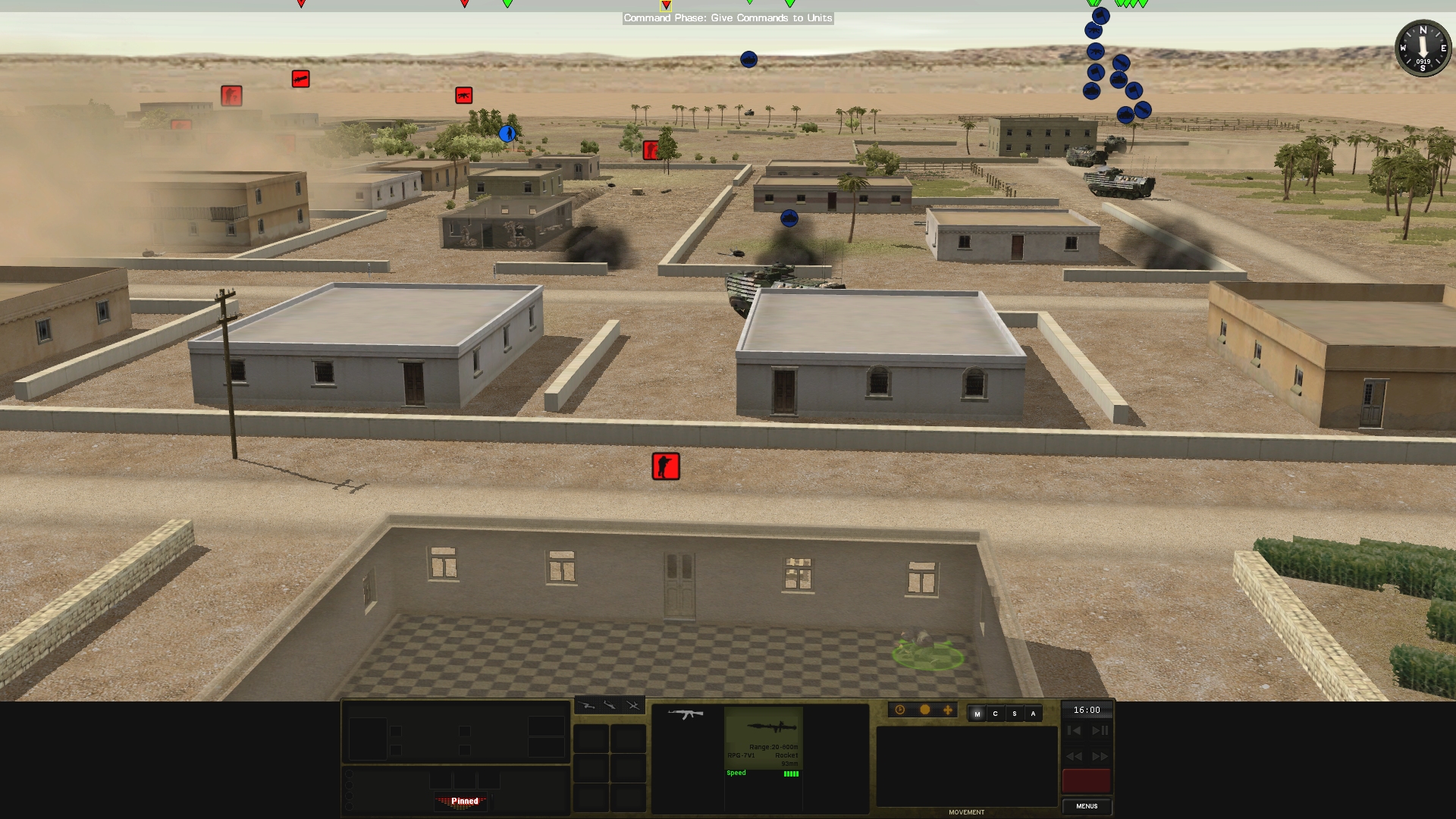 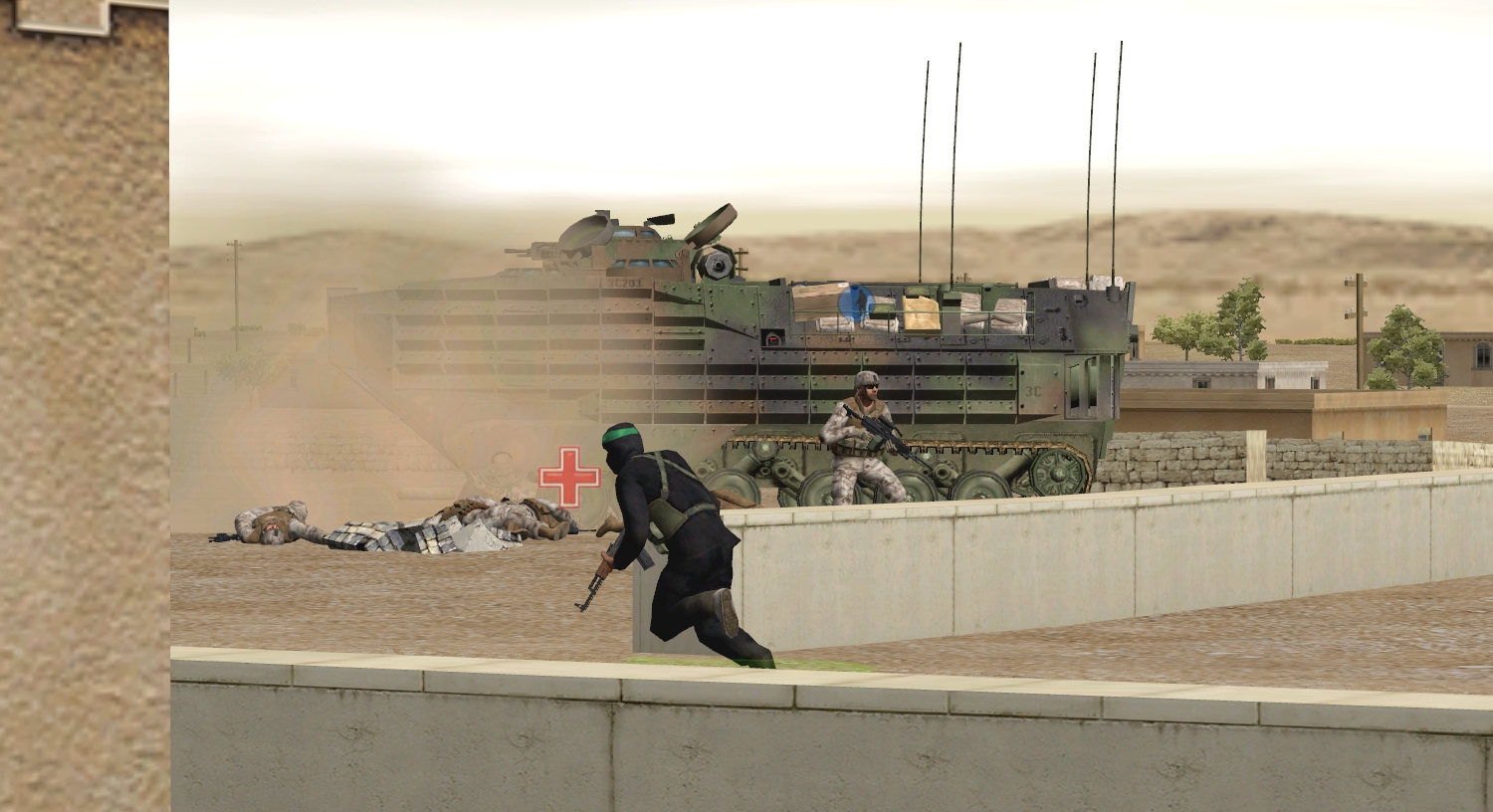 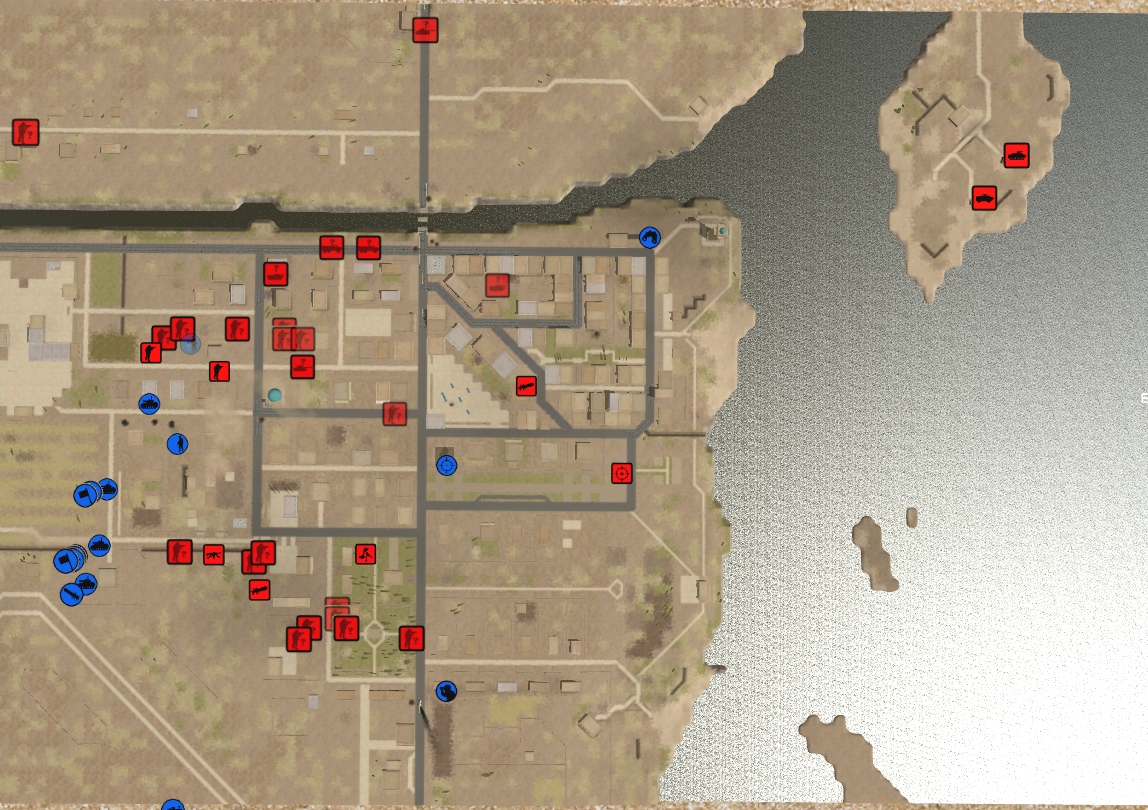