The classic R-Type series is on the way back, or at least it will be if ex-Irem developers Granzella can raise ¥45,000,000 (£328,894, roughly) on Kickstarter to develop R-Type Final 2. Development is headed up by a team of original R-Type series veterans, including director/producer Kazuma Kujo. They've got the old band back together on their mission to dethrone Final Fantasy as king of the inaccurately named games. Unlike other crowdfunded revivals, Granzella have been an active studio for a while, too. Below, a trailer featuring some very early in-game footage.

If you missed out on the original R-Type Final, it was (as the title suggests) intended to be a sendoff for the series. Some issues with slowdown aside (it pushed the old PlayStation 2 pretty hard), it was an excellent, smartly designed shooter designed to be replayed again and again. Small actions in one stage might completely change the look of another level later on, and there were over a hundred different ships to unlock, each with different stats and weaponry. It sounds like Irem are aiming a little lower for the sequel right now, but if they manage to hit $2.5m raised, they'll shoot for 102 flyable fighters.

They plan on launching the game on all current platforms, PC included. While the Kickstarter page for the game is awkwardly translated from Japanese, the developer's enthusiasm feels clear. Among the stretch goals are cross-region, cross-platform leaderboards, a ghost mode to figure out how your friends beat you, and several extra stages based on earlier games in the series. Curiously, this Kickstarter is only running for one week, rather than the customary month, but in just a couple hours they're a third of the way to base-line funding. I've got my fingers crossed.

I'm confident Granzella can deliver the goods. After Irem pulled out of videogames to focus on slot machines, much of the game development staff left and reformed under the Granzella banner, named after a rebel faction from the relatively unknown R-Type Tactics games. Over the past few years, they've been busy, finishing development on disaster-survival adventure Disaster Report 4, which was previously canned by Irem. They also co-developed City Shrouded In Shadows (Disaster Report with kaiju and Ultraman), and produced a few smaller download-only games. 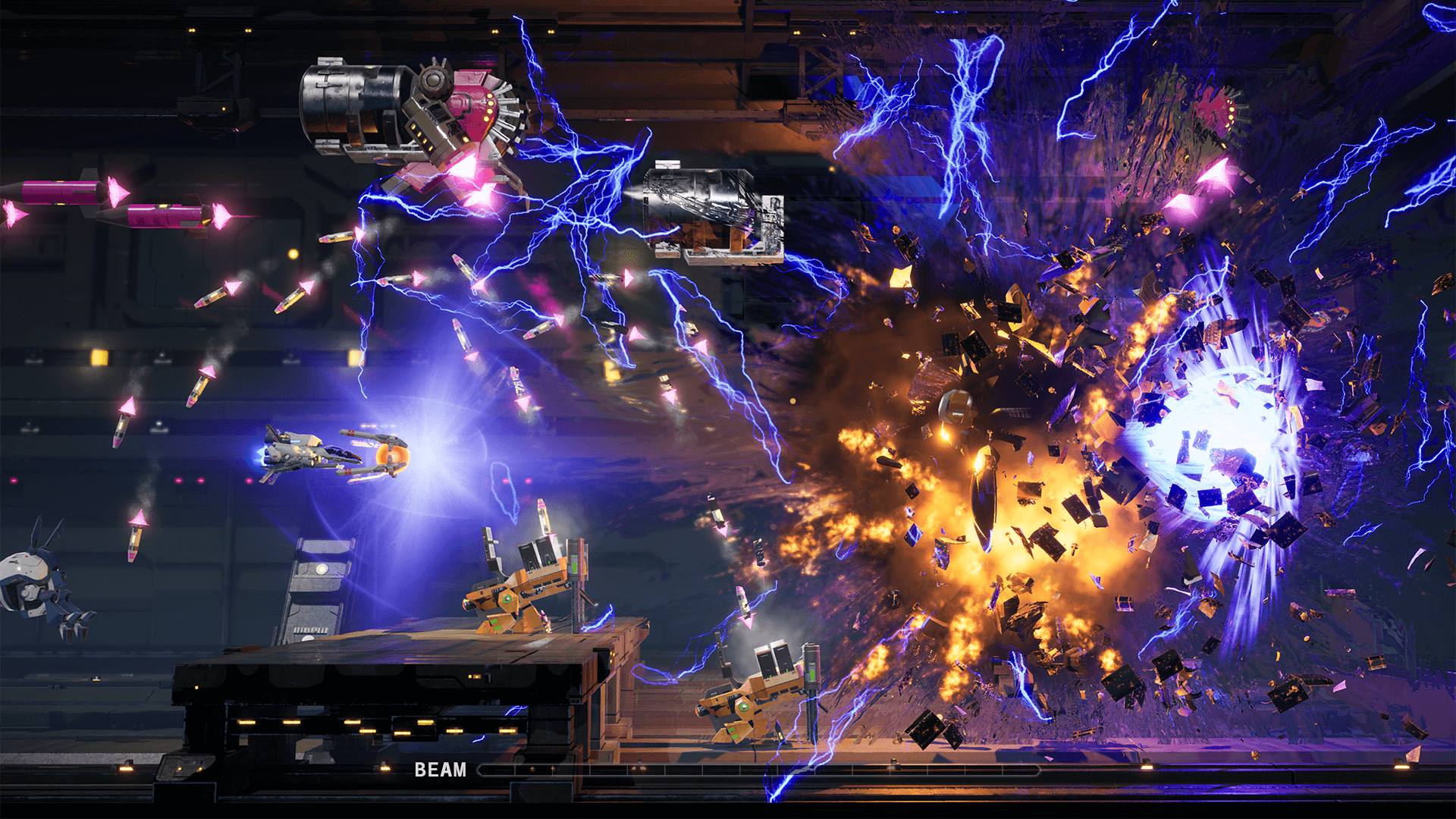 The R-Type Final 2 Kickstarter page is here, and ¥3,300 (roughly £24/$30) will get you a copy of the game when it's finished, for PS4, Switch, Xbox One or PC via Steam. You can read a little bit more and see some screenshots on the game's official page here. Granzella are aiming for a December 2020 release.

As an aside, if you're new to the series, R-Type Dimensions EX -- 2.5d remakes of the first two games in the series -- is available on PC, too.