The Razer Kraken X is the third £50 / $50 gaming headset I've tried in almost as many weeks, and by jolly is it a hard one to judge. Compared to the similarly priced Steelseries Arctis 1, it has a much clearer, more detailed sound when playing games, but even its ultralight, 250g frame can't beat the supreme weightlessness of its Arctis rival. It is, however, a lot comfier than the head-pinching Logitech G432, but its mic and audio quality still have a long way to go before they can match peerless brilliance of Logitech's budget wonder. Is there any hope for the £50 / $50 headset buyer? Here's wot I think.

One of the biggest quibbles I have with the Razer Kraken X is that its balance just seems to be terribly, terribly off. No matter what I was playing, it constantly felt like it was giving me audio whiplash every time I changed direction, as if my brain was being twisted and strung out like a wet tea towel in opposite directions. Or, to put it another way, the volume and general density of its audio felt much louder and heavier on the right hand side of the Kraken X than it did on the left, resulting in what I can only describe as a mild head-frying by the time I'd finished testing it.

The most annoying thing about the Kraken X, though, is that despite this slow-burn mulching going on inside my grey matter, its overall soundscape is actually pretty damn detailed - much more so than the muted, rather damp sound of the Steelseries Arctis 1. In Doom, for instance, my Super Shotgun blasts had a wonderful sense of weight to them, and the squelching of imp blood and cracking of demon skulls couldn't be better. I was also able to pinpoint where most enemies were coming from thanks to their throaty, rasping shrieks and battle cries, and that was despite the whole, 'everything sounds like it's coming out of my right ear' sensation. 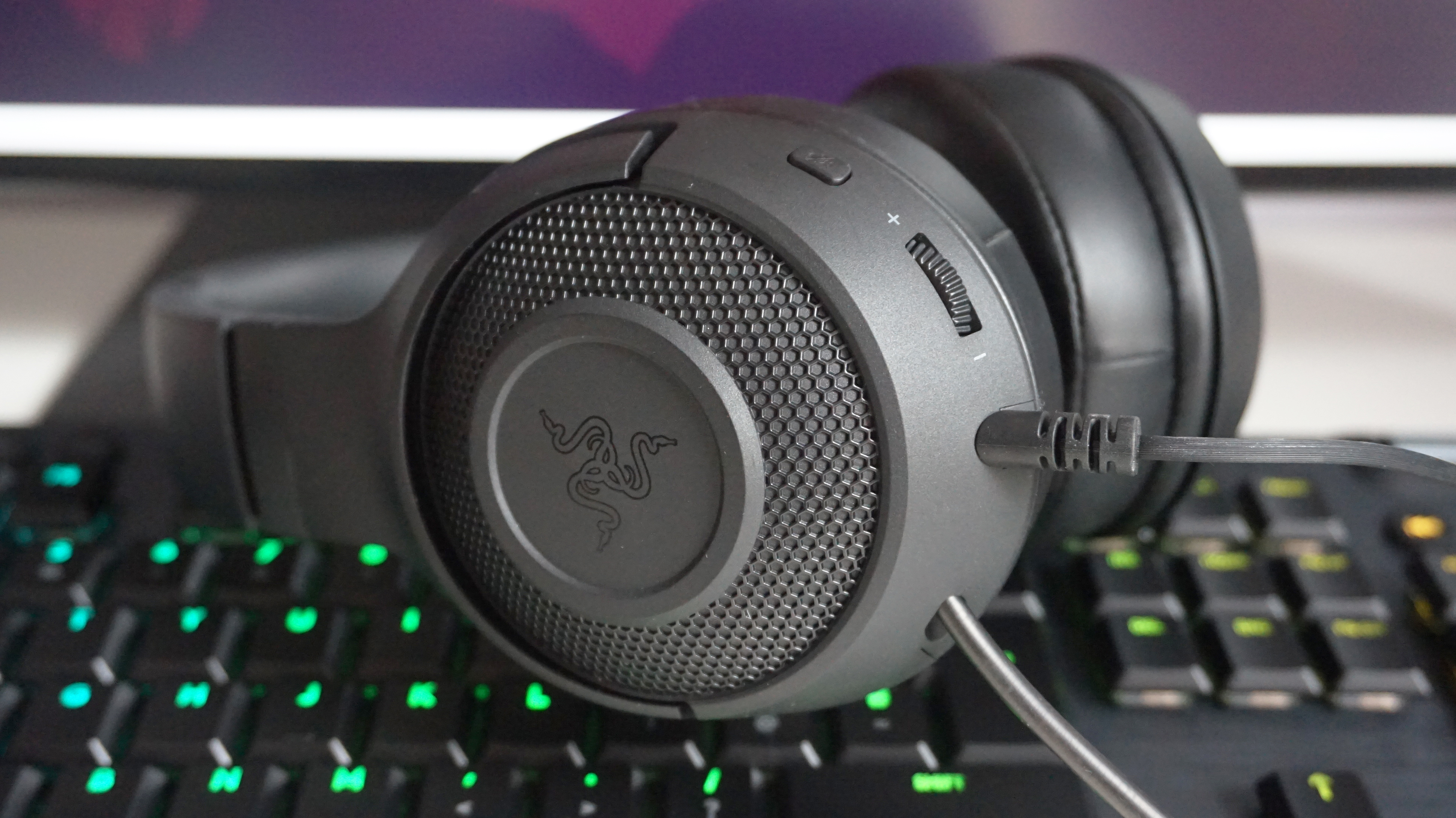 The same goes for Hellblade, too. All of the voices inside Senua's head were beautifully clear and very natural sounding, and I still got the sense that they were coming from all around me despite one ear cup sounding louder than the other. The orchestral incidental music from Final Fantasy XV sounded great as well, and each instrument had a warmth and vibrancy to them that the Arctis 1 just can't match. It's just a shame that everything feels like it's pulling to the right all the time.

Don't get me started on its bundled 7.1 virtual surround sound software, either. Much like the Logitech G432, the Kraken X is another low-end gaming headset that proclaims it has 7.1 surround sound support, but in reality it just makes everything sound even worse than it did before. At first, it gives the impression of a wider, much more open kind of soundscape than before, but the rest of its effects sound like they're coming from underwater. The Super Shotgun lost all its impact, while the stomp of Noctis and co's boots up and down the hills of Duscae sounded like they were coming from an absolute mile away. 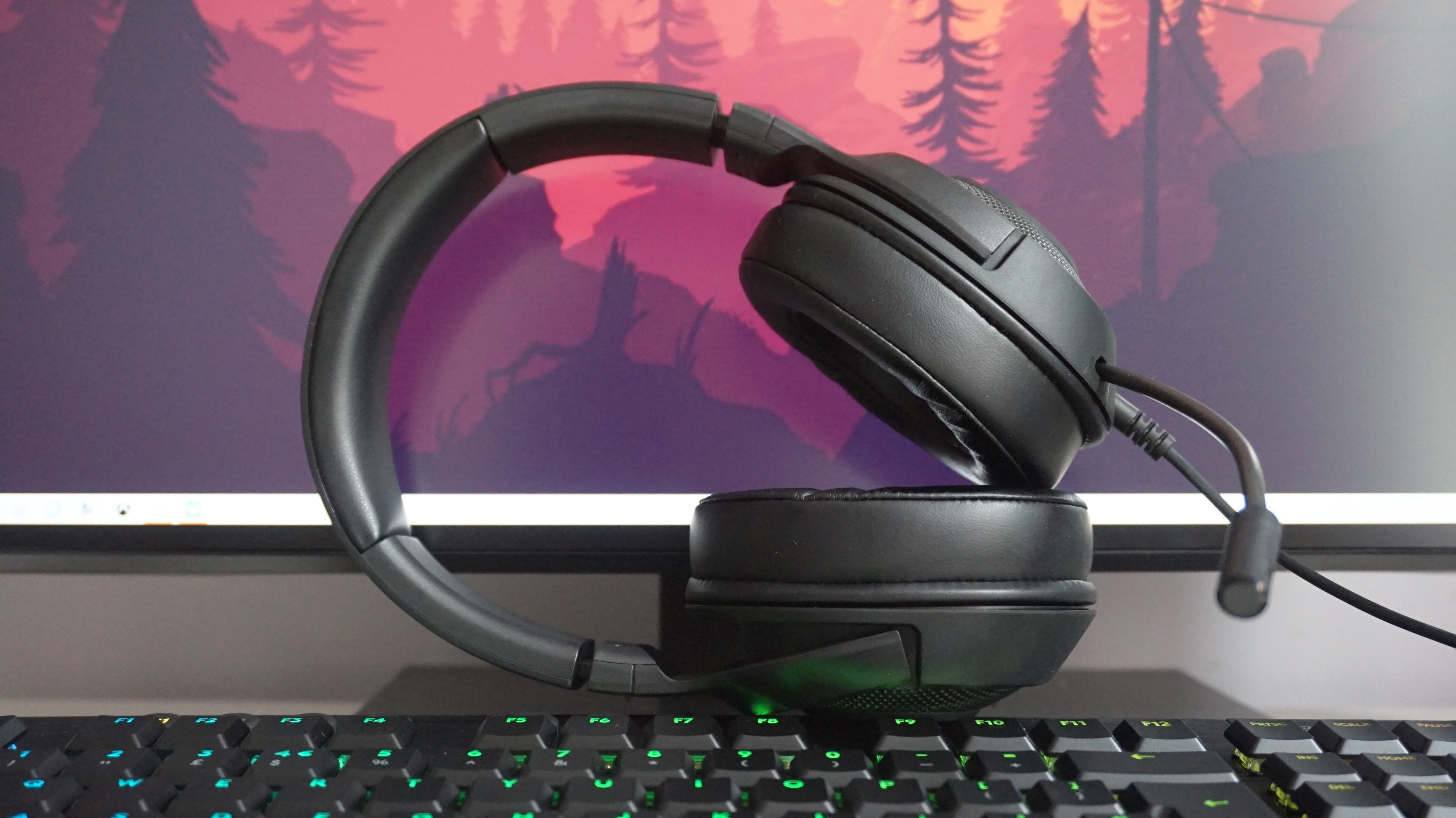 This sense of detachment from what's going on carried over to when I tried using the Kraken X as a regular pair of headphones, too. Even without surround sound enabled, the rock and pop tracks I listened to in iTunes felt like they were coming from the next room instead of between my ears, and at no point did I feel like tapping my toes or bopping my head along in time with the beat. Similarly, the melodies in my Octopath Traveller and Final Fantasy XV soundtracks really struggled to hold their own against their respective bass lines, making everything sound unbalanced and disappointingly underwhelming.

Its detachable microphone was actually pretty okay, producing a clear, crisp sound that did a great job of cutting out any extraneous noise around my office, but that's of little consolation when I had such a rough time with the headset overall. 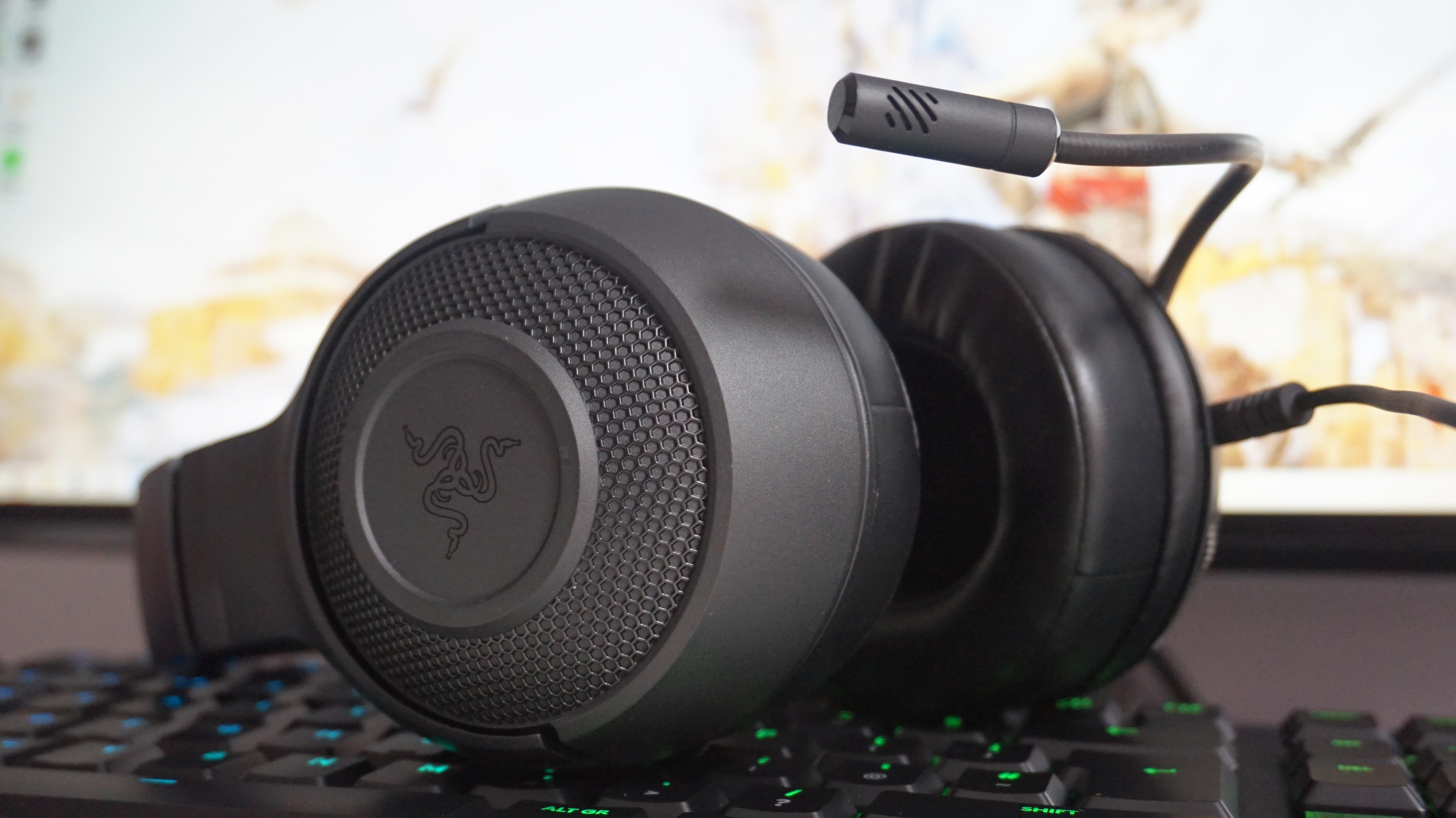 As a result, even though the Razer Kraken X is a lot less head-pinching than the Logitech G432, I'm going to have to go with the Logitech as my new £50 / $50 gaming headset of choice instead of this or the Steelseries Arctis 1. There really is no beating the G432 when it comes to overall audio quality at this kind of price, which for me is enough to put up with its mildly uncomfortable headband. Perhaps one day I'll find a headset that manages to hit big on both the sound and comfort scale, but for now, those looking for one of the best gaming headsets in this particular price range should get straight on the £53 / $50 Logitech G432.