If you get your gun out too quickly in Receiver 2, you'll shoot yourself. Pop a bullet through a window while you're standing too close, and you're asking for a shard to slash through your jugular. Or maybe for the debris to jam up your rounds, leading to deadly miscalculation the next time you run up against a turret. Bleep. Click. Dead.

The slightest mistake can be fatal, and this is what makes Receiver 2 one of the most captivating games I've ever played.

You need to intensely examine your environment. That’s how it sucks you in, how it demands every drop of your focus. You're crawling through apartments and arcades, across rooftops, warehouses and deserted scaffolding, eyes and ears peeled for a telltale whirr or splash of blue. A turret can kill you in a second if it takes you unawares. You can't afford to drop your guard.

To progress, you need to find five cassette tapes without dying. They're discreet little bastards, tucked amongst shelves or strewn about the floor, lurking in overlooked corners. These cassettes will tell you what you are, what your situation is, and lecture you about the finer points of gun safety. They're stepping stones along the path to enlightenment, and work best when they're cryptic and vague. This is how you deal with the Mindkill, they say: this is how you'll beat whatever's trapped you in this dream of metal and death. And very fiddly guns.

You start off with a straightforward revolver. Easy mode. To reload, all you need to do is open the chamber, tip out your spent cartridges, whack in each individual bullet, then slam the chamber shut. You can flip the hammer down too, if you're feeling fancy. Every step demands a different button press, one more move in a convoluted tango. So many games have got me comparing combat to a dance, but only Receiver makes me apply that to reloading. 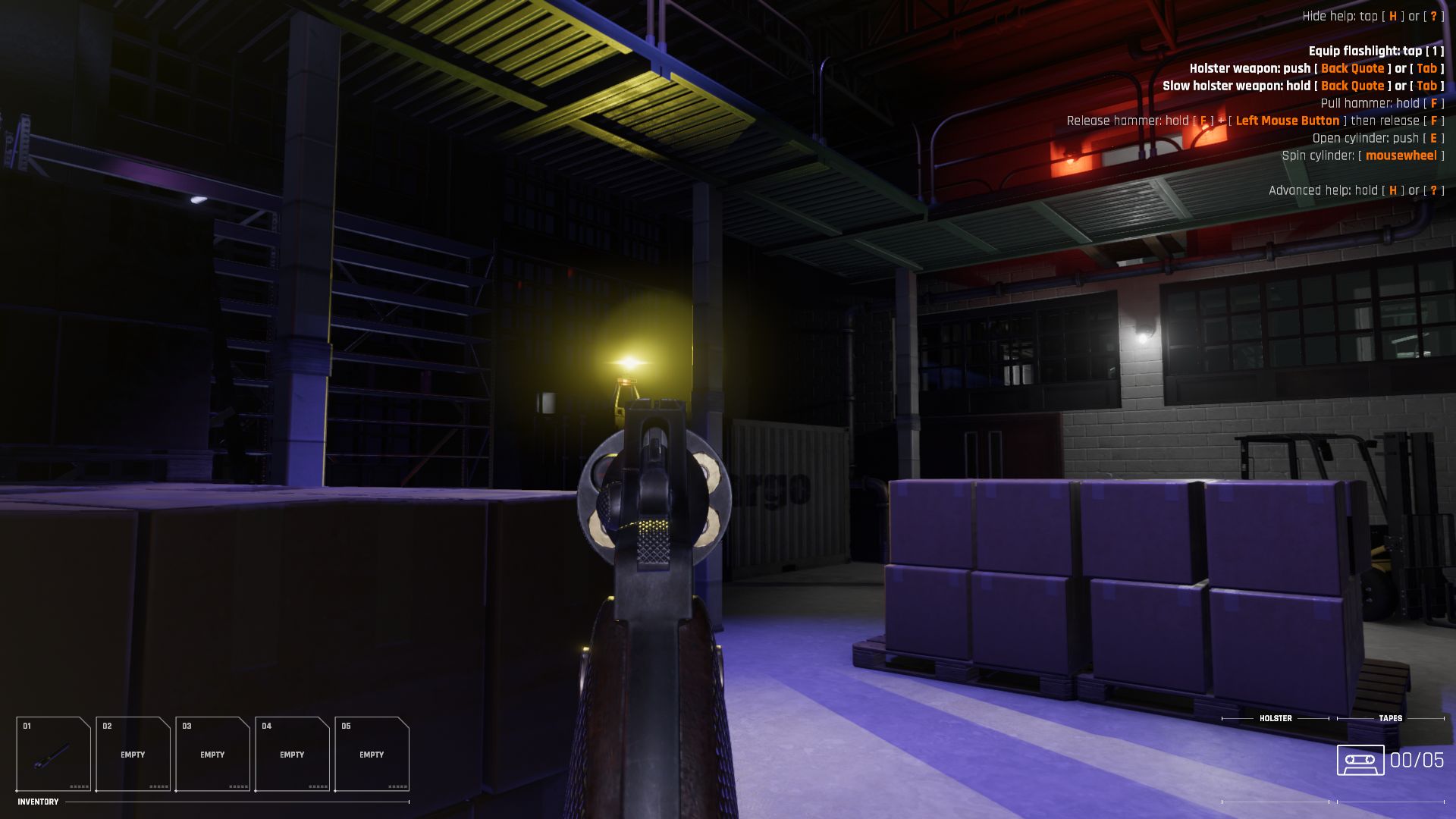 Collecting five tapes rewards you with a slight change of scenery, and punishes you with a new gun. You'd think a semi-automatic pistol would be an upgrade, but that's because you've been playing with the magic weaponry packed by every other videogame. Do you know how many ways a Glock 17 can misfire? You will. You'll have to deal with stovepipes and double feeds, and sob over incomplete seals on injection ports. At first these problems will be all-consuming.

You'll learn, though. You'll surprise yourself, whisking through a mid-fight fix as if you emerged from the womb wielding a Colt M1911, and possessing innate knowledge about how to keep it properly oiled. The sequences get drummed into your muscle memory, freeing up vital bandwidth to focus on one of the many other things that can go wrong. 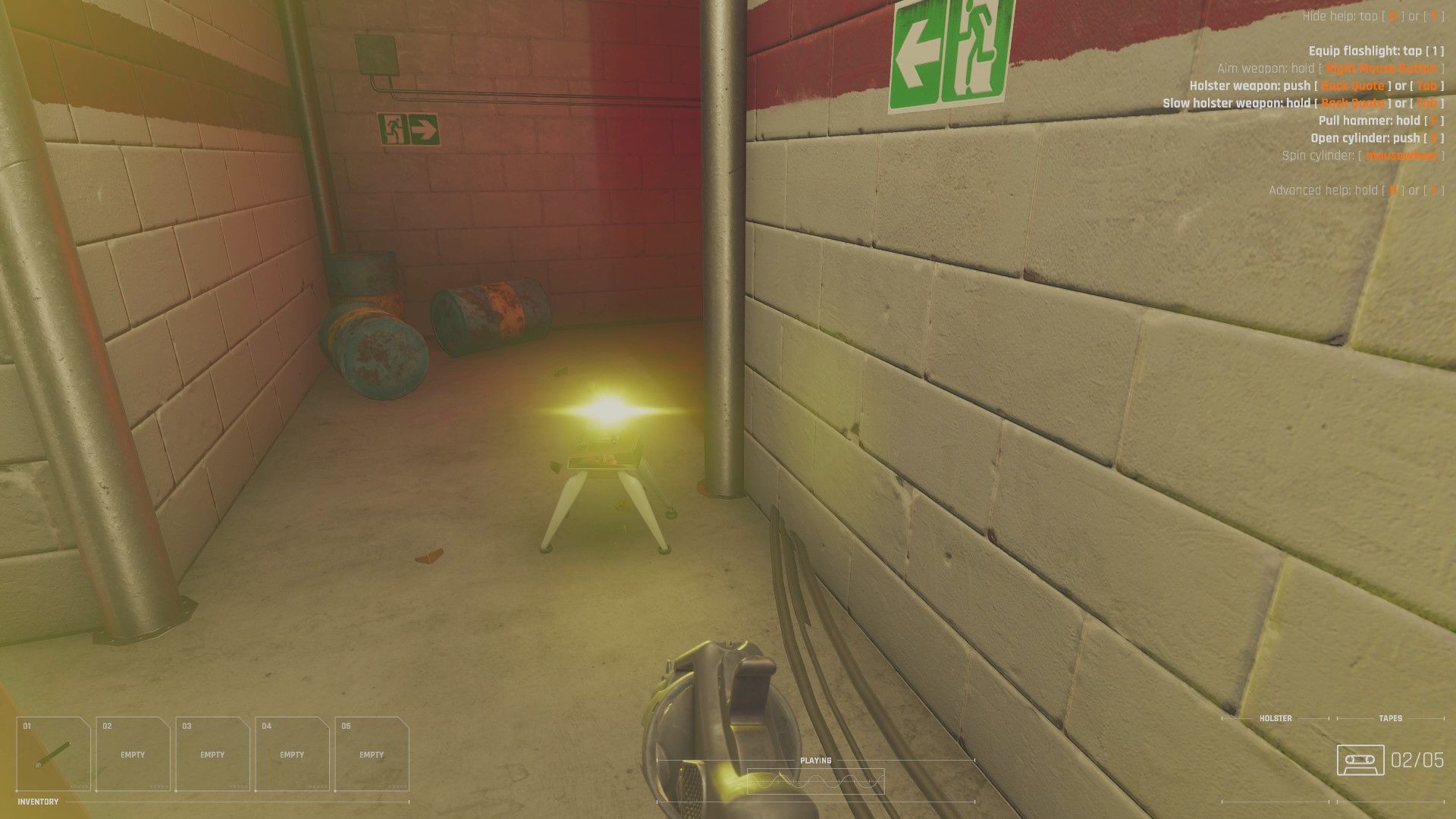 Those turrets? They'll go down in one shot, if you hit their camera or their feeding mechanism. If you hit that mechanism then they're helpless, even if they don't look it. The first time I plucked up the courage to save my ammo and walk into the yellow glow of a disabled turret, I felt like a god. The second time, I got shot dead because I'd overlooked the bullet remaining in the turret's chamber.

That's the magic, right there. The predictable yet unpredicted consequences of carefully modelled systems, spelling out disasters you didn't take the time to read. It's logical. It's fair. It lets you learn where all the spikes are hidden, pushing towards mastery over a world that will kill you the moment you take your eyes off any part of it. Even loading in with your finger on the trigger isn't safe.

Playing Receiver 2 is like holding the blade of a kitchen knife between your fingertips. You can always feel the weight of it, the threat. Every encounter is an event, a mountain to be climbed and descended from with caution. It demands your total attention, then plays with it in clever and excruciating ways. If I ever find out who's idea it was to leave poppable, panic-inducing balloons floating around the place, I will punch that person in their face. And then buy them several drinks. 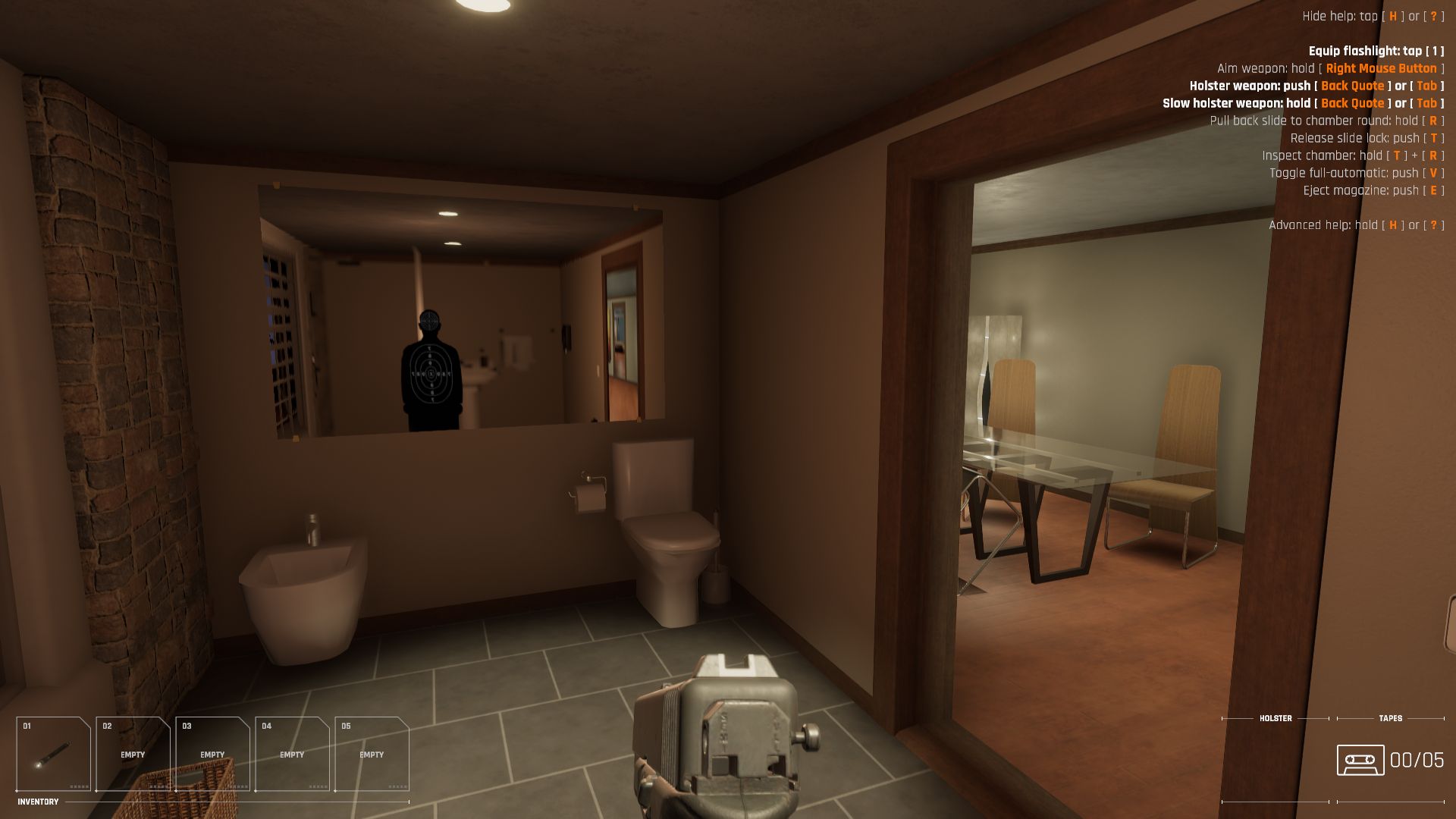 I'm very close to calling it a masterpiece. Everything I've mentioned so far is cruel but reasonable, and succeeds because it asks so much - but sadly, that doesn't apply to the pacing. Unless you get lucky, stumbling on the tapes you need can take forever. That turns progress into an unwelcome test of endurance, where the slightest slip up can undo everything. I might only die to one turret in twenty, but that's enough to keep me at the bottom rungs, where they're the only enemy that spawn.

I can see why, but I know I'm missing out. With turrets, the pressure always comes from within. You can stay behind cover, with all the time in the world to sort out whatever calamity has befallen your firearm. That's not the case with the terrifying flying buzzsaw drones, where any faff is fatal. I've only brushed up against them a couple of times, and they have turned my brain to jelly. I relish that mind-melting panic, and wish those drones appeared earlier, as they do in Receiver 1. Locking that terror behind hours of perseverance is a missed opportunity, and making it so that quitting the game undoes some progress is an infuriating misstep. 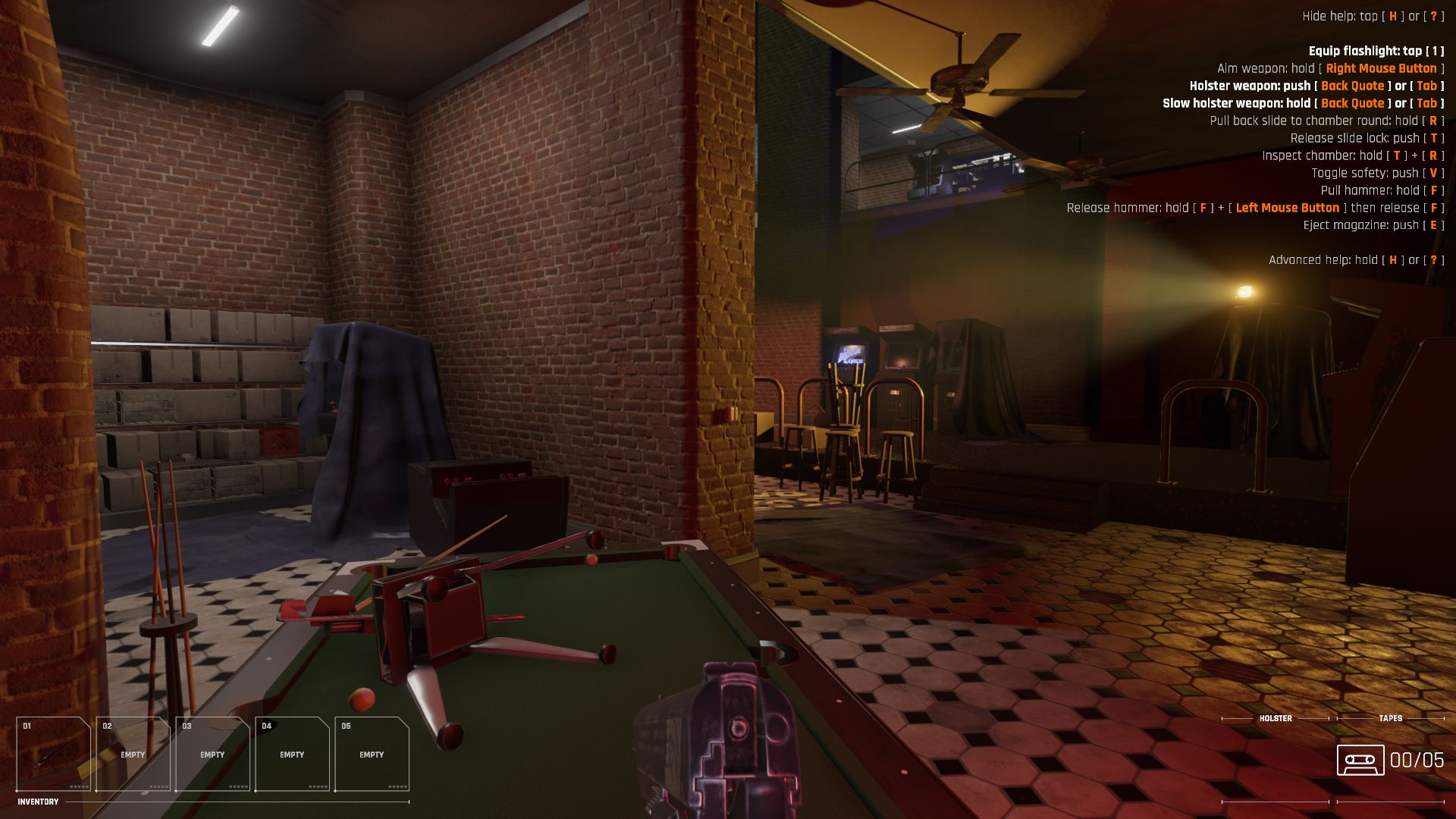 It's far from a dealbreaker, though. I'm enthralled enough to keep trying, to keep trawling through familiar corridors. There is still suspense in every moment, because I know how easily each moment could go wrong. I can still revel in the discipline required to shoot a turret, recognise that I've disabled its firing mechanism, and stand still as it turns around. I can still freak out at inspired surprises I won't spoil, and delight in paying attention to every little detail.

They'll kill me if I don't.