Rockstar Games have paid £0 in UK corporation tax over the last ten years, despite making Actual Billions in profit, according to a report released by Taxwatch UK.

Rockstar's parent company Take-Two Interactive are using the Video Games Tax Relief provision to legally save an estimated £42,313,047 in corporation tax. Which is what it's for. Sort of.

Taxwatch UK are "an investigative think tank" run by several entrepreneurs and investigative journalists, whose main aim is putting pressure on the government to "create a fairer tax system for all", according to their own website. They've released comparable reports about Starbucks and Google. Exactly why they chose to single out Rockstar is anyone's guess, although my eyebrows did a thing when the report took a moment to launch a sneak attack on GTA via your dad circa 2006.

"It is unlikely that the drafters of that guidance had in mind a game which allows the player to murder prostitutes when formulating the cultural test," Taxwatch UK said.

"For most observers, the controversial game would probably fall under the category of a game produced purely for entertainment rather than a game with significant cultural content. The game was made famous by its free-wheeling game play which allows players to car-jack, carry out random killings and blow up things whilst progressing through the ranks of organised crime."

Um. Okay lads. Maybe stick to the money bit, yeah? The clouds aren't after you.

Tax Relief has a complicated history, as we reported in some detail. The essential idea is that UK-based developers selling a game that satisfies the British Film Institute's "cultural test" criteria (much of which can be met simply by hiring within the European Economic Area), are entitled to a reduction in corporation tax, provided 25% or more of their expenditure is within the EEA. Its aim is to support and retain British game development, which it arguably is doing, but Taxwatch aren't impressed by its application to the company behind one of the most profitable games ever. 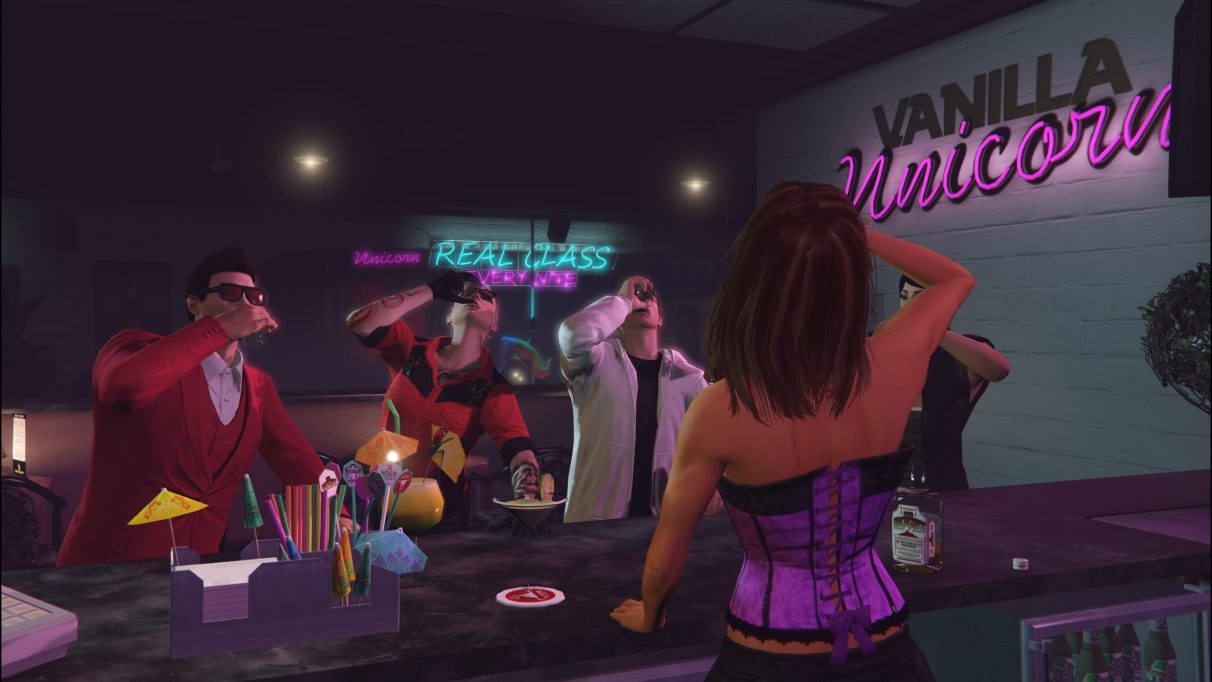 Take-Two's international network of development tentacles published other games, but their quarterly reports acknowledge that their biggest sellers were GTA and Red Dead Redemption, both developed in part by Edinburgh-based Rockstar North, which qualifies for the reductions despite making its parent companies more money than a Prime Minister in a "punch my face for £10" booth. It's legal, and not at all uncommon, but it's a tad ridiculous.

There's no reason to suspect anything unlawful is taking place, however, and it's worth noting that although tax dodging and corporate loopholery are very much a Bad Thing, nothing about this is remarkable or unusual. Half the point of multinational business is to set up in whatever arrangement is necessary to take advantage of precisely these kind of tax cuts and opt-outs, and although I'd happily set Astrid loose with her fighting shovel, this is less a story about Rockstar than it is about a specific failure of the HMRC to examine an obviously poor decision. The report concludes with a somewhat plaintive "it is open for HMRC to challenge the allocation of profit under the transfer pricing system and we urge them to investigate this case urgently."

The full report is a lighter read than you'd expect, and gives Taxwatch's opinion of how we got here.