This is Doom. You know this. The rhythms have been burnt into your DNA by this point: Gun, demons, maze, exit. Now add a ticking time limit forcing careful target prioritisation and precise movement and a level full of floating tokens which require collection (most of them, at least) before the exit will reveal itself. This is Skulldash: Expanded Edition, a massive mod re-released for the GZDoom engine today, and it's really quite brilliant so long as you don't mind being a little hurried.

Skulldash is Doom stretched taut. While the levels span a wide range of difficulties and can be attempted in mostly non-linear order, they always feel like a final exam; A test of how well you know Doom's systems, rhythms and monster behaviours. It's a mod that makes you feel like a pro speedrunner, even when you're playing the most casual of levels.

Do you play it safe and keep to your racing line, or do you risk a chain of death-defying leaps over lava to collect a cluster of precious blue timer-extending tokens? Do you bother trying to kill this Archvile with just a chaingun, or do you try to weave between cover as you dash to the finish? The time pressure turns ordinarily obsessive scouring for resources into a series of meaningful, high-pressure decisions. Intense, but rewarding, and it lends the levels real replay value.

Beyond the ticking timer and collectathon angle, Skulldash brings some additional elements to the table. From the GZDoom-engine side of the family, you get vertical aiming, jumping/ducking and some nice new map design features like proper 3D room-over-room spaces and sloped surfaces. To mix things up, there's an additional handful of enemy variants and a few new guns too, although these aren't used on every level. Lastly, each 'tier' of levels is capped off with a setpiece boss fight - often intense, multi-stage affairs - which must be cleared in order to unlock the next set of maps. 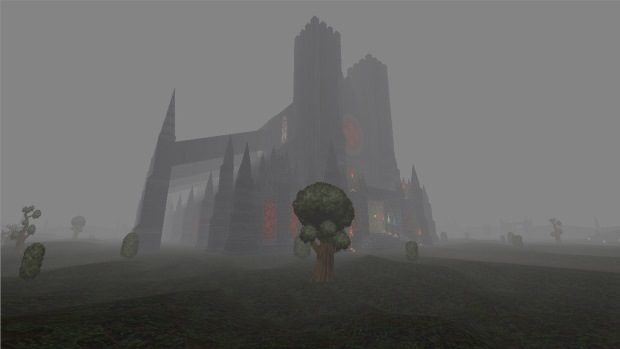 Astute readers will notice that this is merely the 'Expanded Edition' of the mod. Skulldash was first released in 2015 and while well received by most, not many got to play it due to it being a singleplayer-only mod for Skulltag, an engine variant designed for online multiplayer. This new edition has been ported to the far more widely used GZDoom, and has seen no shortage of tweaks, revisions and upgrades over the past two years.

The new version adds another 19 levels and a slew of upgrades to all of the existing 25+ maps, some of them almost completely redesigned, as well as (offline) score-tracking. It's a big ol' pile of content and adds up to something easily as long as a full-length retail FPS. Longer, if you plan on replaying levels in search of 100% collection rates and hope to unlock all the secret stages.

Skulldash is out now, and you can grab it here. You'll need the original Doom 2 WAD file (buy the game on Steam or GOG) and a recent version of the GZDoom engine to run it.