Allegations of abuse have been made against multiple games industry figures in the past 24 hours. On Monday afternoon Nathalie Lawhead, developer of the IGF-winning Tetrageddon Games, wrote a post on her website alleging that Jeremy Soule, the composer of Skyrim, raped her while she was working for an unnamed Vancouver-based games studio. Seven hours later, comics writer and indie developer Zoë Quinn posted tweets alleging that Alec Holowka, co-creator of Aquaria and Night In The Woods, sexually assaulted them. Later that same night, Adelaide Gardner posted a series of tweets alleging that Splash Damage tools programmer Luc Shelton sexually assaulted and gaslit her.

In a post titled "calling out my rapist", Lawhead says that she was contacted in November 2008 to create an ARG for a studio in Vancouver, which "seemed like an exciting opportunity to 'break into' the video game industry." She took the job and writes that various issues with that project and her visa status while there eventually put her "in a very difficult, very desperate situation." During the work, she met Soule at a Christmas party and the two became friends. "He knew what I was going through, and how desperately I needed this job to work out. He also knew what my visa situation was like. He pretty much knew everything about me. I shared a lot with him because I thought he was a friend," Lawhead writes.

Over time, Soule's behaviour allegedly became more troubling, with Soule "complaining about the women that wronged him" and talking about "the mystical power women hold over men with sex." Eventually, Lawhead writes:

He made advances on me and I explained that I didn’t want this and wanted a friendship. He was very threatening, and didn’t listen. He made it clear that it’s “him or bust”.

Throughout this time Jeremy acted like a victim, and blamed women he was in relationships with (or forced relationships on) for what he was doing.

Much of Lawhead's post, shared on Twitter, deals with laying out the context in which this happened, including showing what appear to be dozens of emails between Lawhead and the companies she worked for at the time. These emails do not mention Soule and have the names of people and companies redacted. They do offer evidence of Lawhead's claims of exploitative work environments. 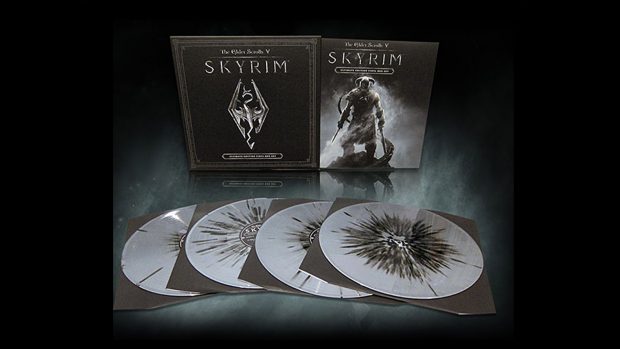 It's not uncommon for one public accusation of abuse to inspire others to make public statements on the subject, so it's not a surprise that Lawhead's story prompted others to follow suit. Zoë Quinn tweeted later the same day to say that they are "scared shitless to out an industry legend like this," and attached six images across two tweets showing a post typed out in the iOS notes app. The text in those images alleges that Alec Holowka was a friend and that he invited Quinn to visit him in Winnipeg. The plan was to visit for two weeks. "I'd buy the plane ticket there, he'd buy my ticket back. He knew I couldn't afford it otherwise so that was the deal."

Quinn goes on to describe emotionally abusive behaviour that allegedly took place during their stay with Holowka, including that Holowka "screamed at me for over an hour once because of the tone in my voice when I said hello." The post goes on to describe acts of sexual assault in some graphic detail. Quinn alleges that eventually a roommate helped them get back home.

"When I got home, I sent a cordial and friendly break up email," writes Quinn. "He lashed out and banned me from an indie games community he ran, banned himself, then went to other industry legends asking them to help him kill himself because I was such a bitch."

The accusations against Soule and Holowka relate to incidents that allegedly took place a number of years ago. Both Lawhead and Quinn describe feelings of great fear in talking about the subjects publicly, owing to the positions held within the industry by the men in question. Soule is an award-winning composer who has worked on projects including multiple Elder Scrolls games, Guild Wars, Neverwinter Nights, KOTOR and more. Holowka meanwhile won the IGF Grand Prize for both Aquaria, which he co-created with Derek Yu, and Night In The Woods, which he created with Scott Benson and Bethany Hockenberry.

There is an obvious parallel here with what happened in 2017 surrounding Hollywood and the #MeToo movement, in which sexual abuse allegations against Harvey Weinstein sparked an outpouring of similar stories against other men within the film industry. There has been speculation since about whether a similar thing could happen in the games industry.

A movement on the same scale seems unlikely, but there has already been at least one other accusation that has followed Lawhead and Quinn's statements, as mentioned above. Adelaide Gardner, who creates Dungeons & Dragons and other TTRPG content, posted a five tweet thread in which she alleges that "Luc Shelton of Splash Damage assaulted me and gaslit me and at least one other woman two years ago". The thread includes images of what are allegedly private conversations between Gardner and Shelton, and conversations between Gardner and friends in which she describes instances of sexual assault. One of the conversations with a friend appears to be timestamped to dates in 2018.

When reached for comment, Gardner stated that she had made the same allegations about Shelton previously, first naming him on Twitter in September 2018, then again in June 2019. That these allegations were unnoticed at the time is a fairly good illustration of the power of social media movements, but also of the potential futility of speaking publicly. Shelton denies the allegations.

No one really wants to tell stories like these. The victims will be doubted, questioned, and receive abuse from fans of the accused. The chances of anything resembling legal justice coming to pass are almost nil. The people who share stories like these normally do so with the knowledge of that, but do it anyway in the hope of protecting others. Women and vulnerable people are otherwise reliant on 'whisper networks' - friends sharing stories with trusted people - in order to find out information, but those networks are only helpful to people already in the industry. Newcomers remain vulnerable to exploitation unless information becomes public.

Ultimately, creative people want to be known for their work. Nathalie Lawhead won the IGF Nuovo Award for her project Tetrageddon Games, and we've covered her games extensively over the past five years. Zoë Quinn is known for Depression Quest, is working on the new game from the makers of Hyper Light Drifter, and writes comics including DC Vertigo's Goddess Mode.