I'm a sucker for wizard schools, especially when they look this pretty. Witchbrook is an upcoming Stardew Valley meets Harry Potter life sim, and developers Chucklefish have released several new screens that show off its new look. They've transfigured nice but simple art into the lushness above.

Yes. This looks like a good place to pretend to be a magic teenager.

Chucklefish describe Witchbrook as a "richly detailed magical school and town life simulator". You potter between lessons and gossip, with an array of activities you might expect from a game that dresses up Stardew Valley in robes and a witch hat. Developers Chucklefish mention "extracurricular activities such as fishing, growing magical crops and foraging strange mushrooms". There's also prom to worry about, and all.

Chucklefish haven't mentioned anything about the change of scenery, opting to show rather than tell. Here are the other two new screens. 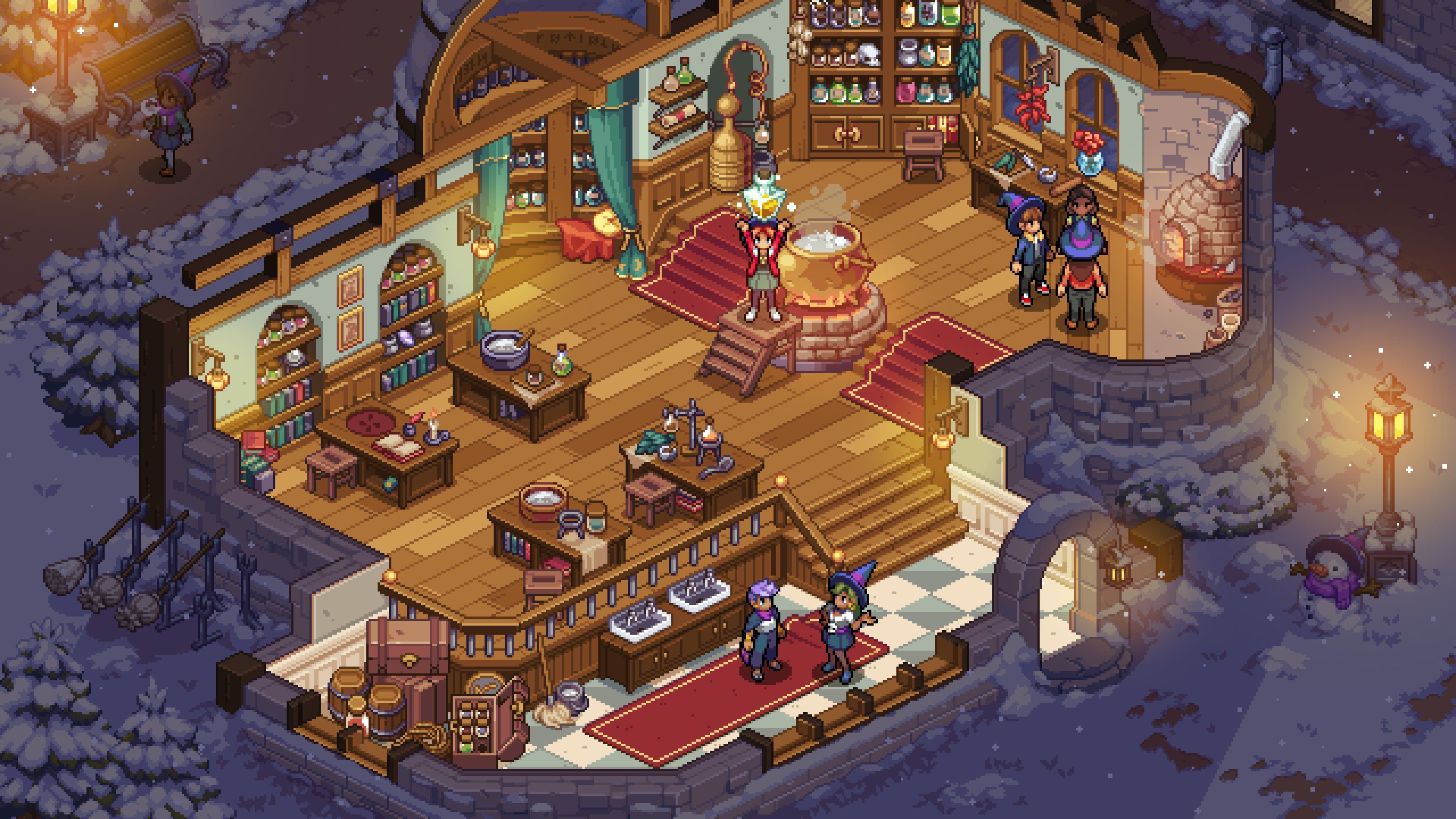 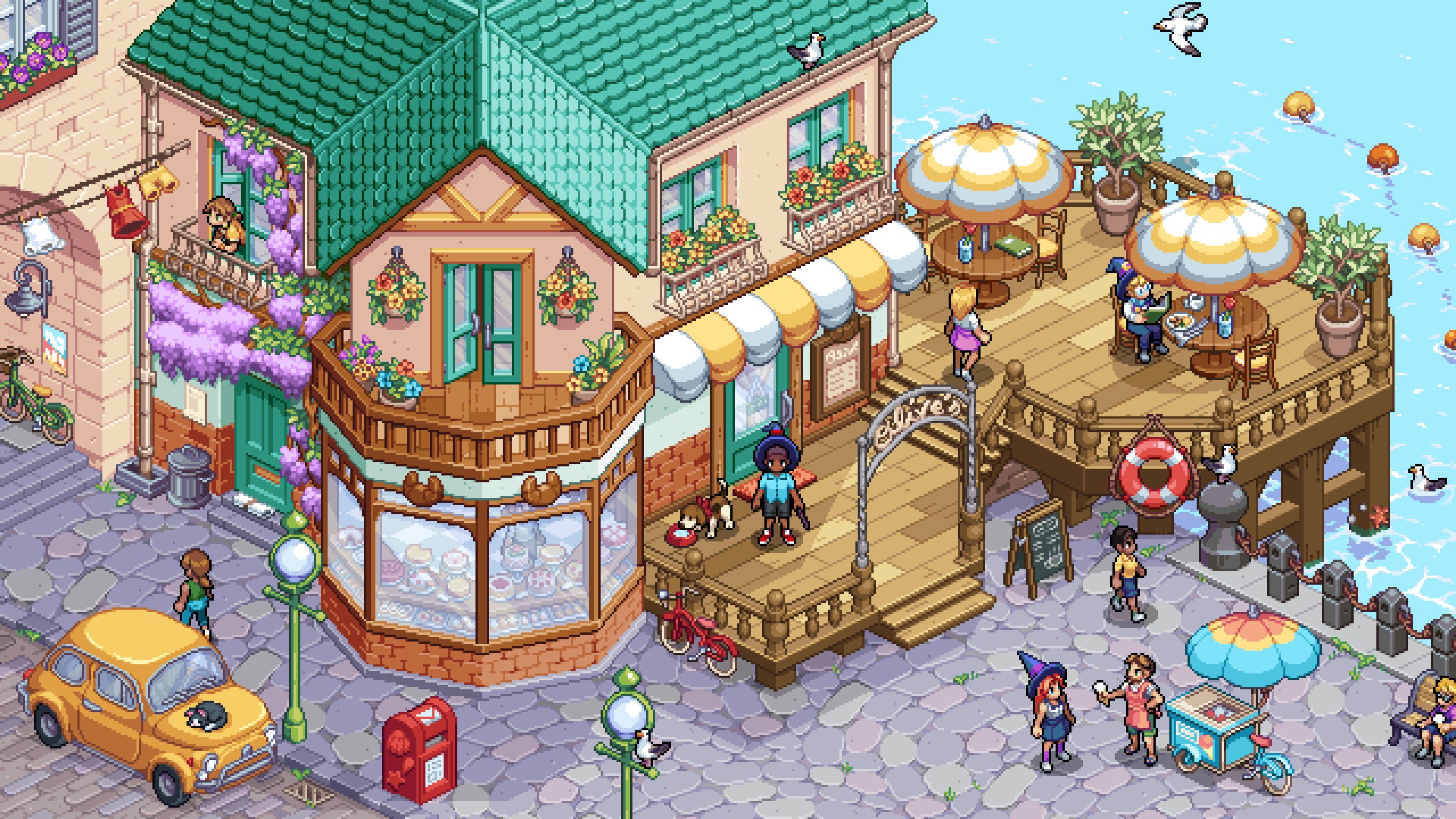 And here's an old one, for comparison. 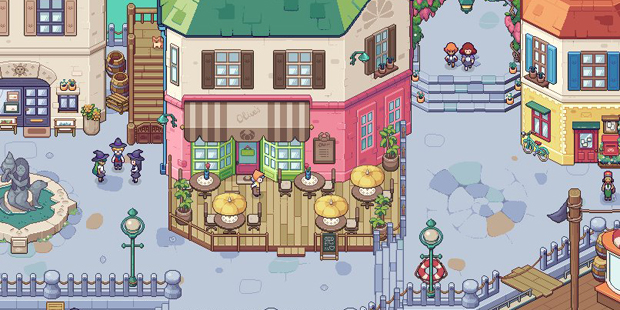 The old look still had charm, but it didn't grab me. The new one is lovely. It's easy to imagine myself magically vomiting over everyone in herbology, or accidentally turning my girlfriend into a newt. Chucklefish have previously blabbed about dates going wrong (back when the game was called Spellbound), so that's a real possibility.

If a book plonks a central character into anything that vaguely resembles Hogwarts, I'm in. It is the OG power fantasy, and I'm looking forward to acting that out here, though I do realise I might be missing the point. I'll be sure to devote some time to catching magic carp along the way to dark ascendance.

There's no word yet on when Witchbrook will be out.