Valve's Steam Remote Play app is one of those little cul-de-sacs that Steam has that is generally very useful, but if you didn't know about it you probably wouldn't have bothered to seek it out. It lets you stream your games from your PC to weaker hardware, like a tablet or a phone, almost certainly while on the toilet. On a phone, something like this could end up as a generic onscreen input that never quite does what it's supposed to do. But Valve has data and they ain't afraid to use it. They've just added default configurations for the 100 most played Steam Remote Play games on Steam.

This should mean that if you want to do a poo while streaming Stardew Valley from your PC to your phone, the on-screen controls will be immediately useable and specific to the game, without any need to reconfigure. According to Valve:

In this game the X button uses your farming tools. They're used rapidly and extremely often, so we enlarged the button to make it easy to press without looking. The arrow buttons cycle through your quick-bar items, and each of the sub menus have been given a helpful icon for quick access. The top center of the screen is sometimes used for dialog, so we moved the Steam button to the upper left. We also moved the keyboard button which is used for giving everything on your farm personalized names. The rest of the screen acts as a cursor trackpad for easily organizing the inventory.

As you can see in the header screen, it's not a typical layout, and there are custom icons for each section. Compare it to skate-boarding trick game Session, and you can see the work that's being put into making toilet time a lot more fun. 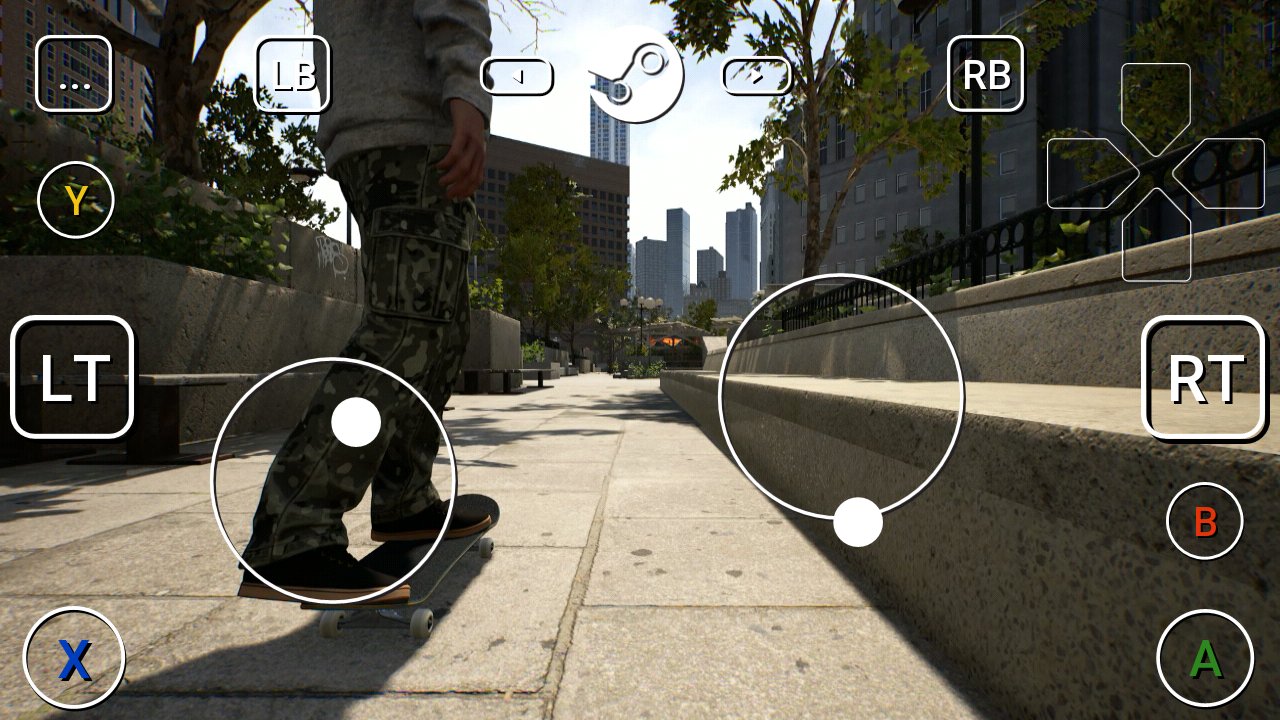 For Session, the analogue "sticks" take up most of the on-screen control, with the modifiers easily accessible for your thumbs to slide to. The app will recognise the game and automatically apply the configuration.

This is cool. I often fiddle with control sets, streaming, and the like while on the sofa. I'm glad Valve are making things just a little bit easier to pick up.