Steam has just gotten a meaty new update which is introducing some major changes to its mysterious discovery algorithm, along with a few bug fixes. The idea is to make game recommendations about more than simply what's popular, tweaking the Recommendation Feed, "More Like This" tag, and the "Recommended for You" sections of the store to allow for a little more precision and a lot more diversity among its titles.

A new blog post from Steam dives into the problems that were inherent in discovering games on the store, and what they've done to fix things up so you can find new games you're actually interested in.

"Previously, when customers would look for games by browsing the recommendation feed at the bottom of the homepage or the 'More Like This' sections, they weren't seeing as many different games as we would've liked. Furthermore, we were receiving lots of feedback that 'Recommended for You' felt too biased towards only the most popular games and didn't feel very personalized," reads the post, which is aimed at people selling games on Steam.

So they went bug-hunting. As it turns out, the Recommendation Feed had some slightly wonky tendencies - a bug in its "Similar by Tags" section had been pushing top-rated titles to Steam users instead of a broader selection of games. Similarly, Steam found that in some cases the timescale used to calculate the popularity of a game was too narrow, leading to some games dropping out of the recommendation block after too short a period.

Steam has already run some experiments to test things out, and over the last few weeks had shipped these changes to 5 percent of its userbase. 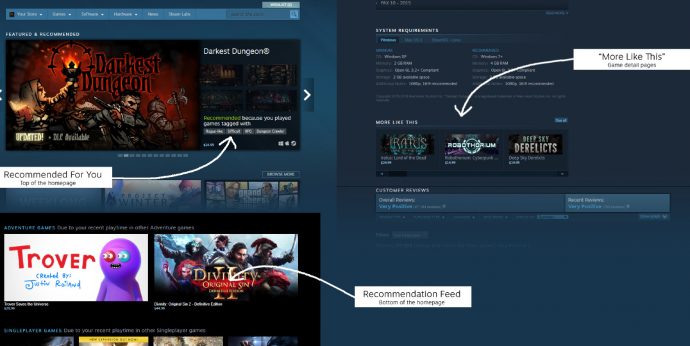 "[C]ustomers in the experiment group were more likely to click on the games shown in the recommendations section, at a rate almost 15% higher than the control group," they said. "The increased personalization means there is an even greater variety of games being shown in this section, and customer impressions are more evenly distributed among them.

"To get a feel for the breadth of titles that were being visited, we measured how many games members of the experiment group visited via the 'Recommended For You' section compared to a sample of customers who were not in the experiment for a few days. The results were very promising: we saw a 75% increase in the number of unique games visited, and a 48% increase in the average visits per game." 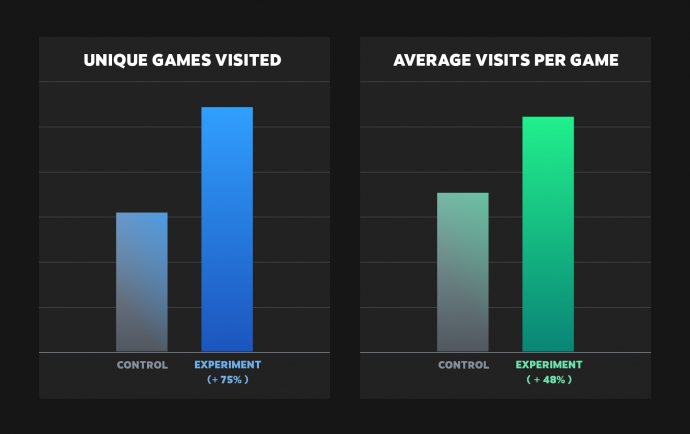 The update is now rolled out to all users, but Steam is still experimenting with new ways to improve game discovery in the store. You can check out its latest experimental features, the Steam Interactive Recommender experiment, on Steam Labs right now.