I really want to get into Stellaris. I find myself buying every major expansion close to its release, convincing myself that late-game megastructures, role-playing as a robot or blowing up planets will be the hook that reels me in. Every time, I merrily launch into a fresh game - only to find my fun dissolving into work once I'm a few hours in.

"But that's the best bit!", you say. "Roaming the galaxy and discovering strange worlds with stranger stories is the most alluring step towards a fantastic sci-fi experience!". Paradox are making that step even easier to take with update 2.1 by removing failure risk from anomaly research, and rejigging hyperlanes so space-nasties don't get placed on chokepoints. I'm glad to see changes are still arriving that shake up the early game - perhaps they'll be enough for me to stick with a galaxy long enough to actually build a goddamn Dyson Sphere.

As always, Paradox explained the reasoning behind the planned changes on their dev blog: "We found that the possibility to fail on anomalies added little to the game in terms of interesting choices, and mostly frustrated players or made them wait with researching said anomalies until their chance of success was maximized". Instead, the time it takes to research an anomaly will depend on the level of the scientist assigned to the task. "Researching a level 2 anomaly with a level 2 scientist will be a comparatively quick affair, while attempting a level 10 anomaly with the same scientist can take a very, very long time, and might mean that it is better to return to it later with a more skilled scientist, so not to hold up your early exploration".

The need for a new system makes a lot of sense to me. When research projects fail in the current game, you tend to be left with a boring message by the scientists involved, who shrug their shoulders and point out what a waste of time that was. You could argue that makes the ones that do succeed all the more interesting, but there's a lot to be said for just packing the galaxy with as many cool stories as possible.

Paradox are also making those stories more accessible through changes to hyperlane generation. They've "created a new generation algorithm that builds up 'clusters' of stars with a high degree of internal connectivity", "connected to each other by thinner 'highways' which form natural chokepoints". Those chokepoints will be detected by the game, we're assured, so the algorithm won't place a fleet-eating monstrosity between you and the wider galaxy. 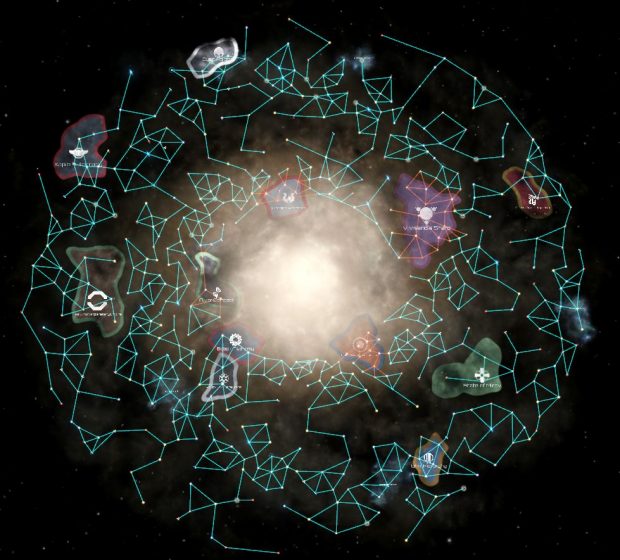 Oh, and there are some new star systems in the works too - one with two or three stars that contain "more planets and resources than conventional, single-star systems."

Will those and the rest of the unannounced changes in update 2.1 be enough to coax me into the mid game proper? Who knows yet, but you can bet I'll end up starting another game.