If you click on a link and make a purchase we may receive a small commission. Read our editorial policy.
Developer: Pillow Castle
Publisher: Pillow Castle
Release: Out now
On: Windows
From: Epic
For: £14

It must be daunting, making a first person puzzle game about messing with physics. Do I even need to name the shadow looming over this whole genre?

Superliminal is a short, linear showcase of puzzles built around the creative use of perspective. You're a volunteer, testing an experimental sleep therapy based on inducing dreams you can muck about in. Gentle, soothing jazz plinkles away in a series of rooms you must navigate by resizing objects, but there's no embiggening gun or shrink ray here. You change the size of things by picking them up, then looking and moving around until they appear differently from your new position.

It's a bit like if Father Dougal had mastery over the physical world. Objects you can interact with will drastically change in size as you move them around, in a way that quickly makes intuitive sense, but is inevitably difficult to describe with words. Pick up a knee-high cube and look down at the floor before dropping it, and it'll suddenly be the size of a small walnut. Pick it up again and look across a large room, and it'll instead drop on the floor over there... and as you walk over you'll realise it's now twice as tall as you. 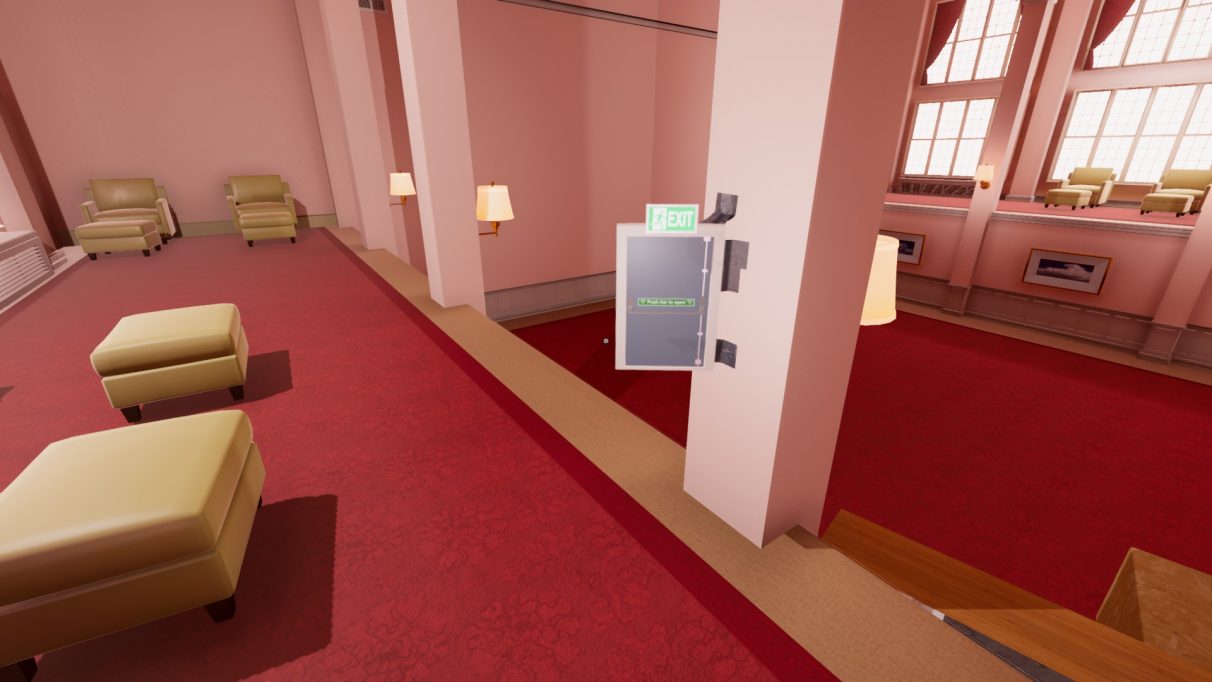 A tiny wedge of cheese can become a ramp over a wall. Fire exit signs can be blown up until they fill the room. Giant chess pieces can be shrunk down and carried through a tiny doorway. The potential applications for environmental problem-solving are fairly obvious. Superliminal has more tricks too. Distorted shapes painted onto multiple surfaces can, if you stand in the right spot, appear as an intact object hovering weirdly in the air. They can then be grabbed and will instantly become a tangible item.

A few tricks deploy light and shadow instead, cleverly playing on the complacency you've probably developed in building ramps and junk staircases. That play against expectations is key to the narrative, too, and sort of the point of the whole thing philosophically.

Oh, and of course there are unseen entities supervising the experiment, offering feedback, non-sequiturs, and mild criticism of your actions as you go through. They're not the ... well, they're not GladOS. And that's fine.

It honestly really is fine. Even though one of the voices is a gently chiding, robotic one with a slight satirical bent, I don't think it's a copycat job, nor is it a cheap, pointless reference to Portal. It's a deliberate ploy, to tempt the player into assuming things based on their knowledge of Portal's setup, only to subvert them later. It's a smart decision, and it's clear that Superliminal is taking a "question your assumptions" approach to its story as well as it puzzles. But beyond some novel setpieces, it's not really doing anything deep or interesting with either. 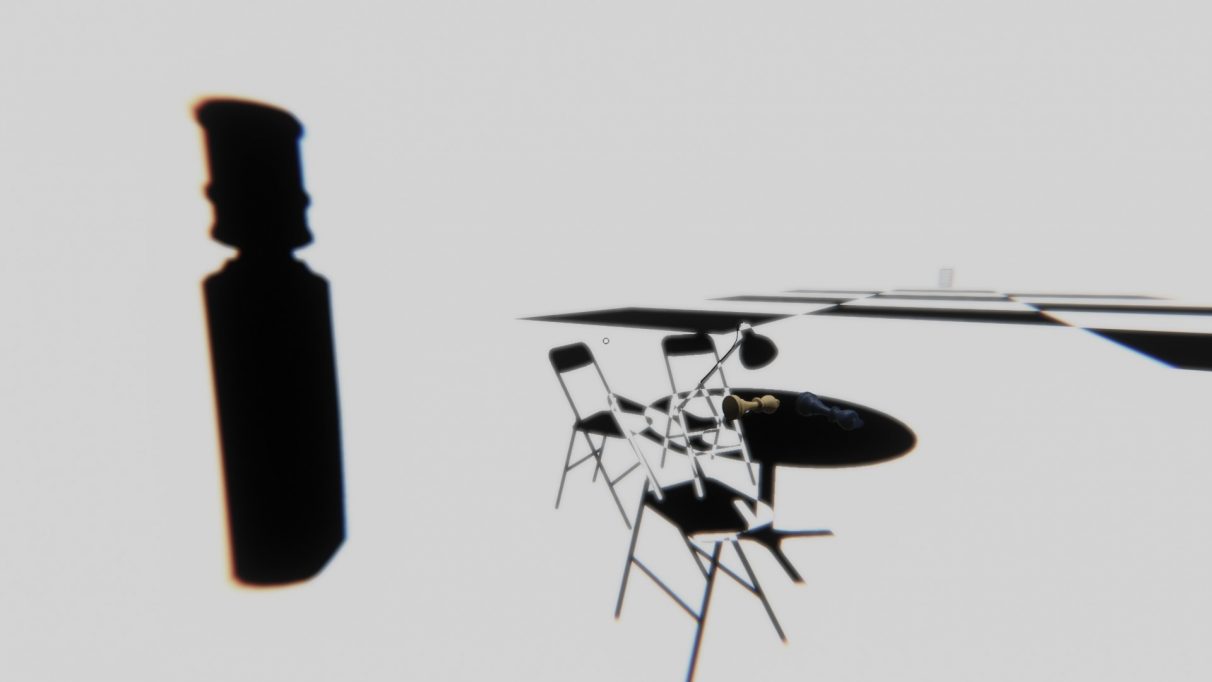 If you get stuck, there's no thinking your way out of it. It's just a case of looking around for the item you're supposed to be interacting with, or the hidden exit you've missed (to be fair, these tend to be simply spaces you overlook, rather than unspottable secret doors). Puzzles mostly come down to stacking or getting things to the right size, and this in itself can be quite fiddly since the nature of the game can turn a slightly wrong angle into a drastically different result from the one you wanted.

There are some great and very cool moments where things break apart in creative, escherian ways, and the sense that your dream world is starting to unravel matches this well. But there are too many very dull corridors and awkward moments of repeatedly resizing and placing items to get the result you were aiming for. The items are mostly very boring too (strangely, a whiteboard in the game even draws attention to this).

You don't have a toolset, is the problem. You either have the solution or you don't. Most of the solutions are fairly obvious, and that's fine, but there's very little experimentation to be done, and although there are some genuinely impressive moments (one where I plucked a painted object out of the air, only for it to also remove the wall behind it, was particularly smooth), it's just not very satisfying either to solve the puzzles or to mess around. 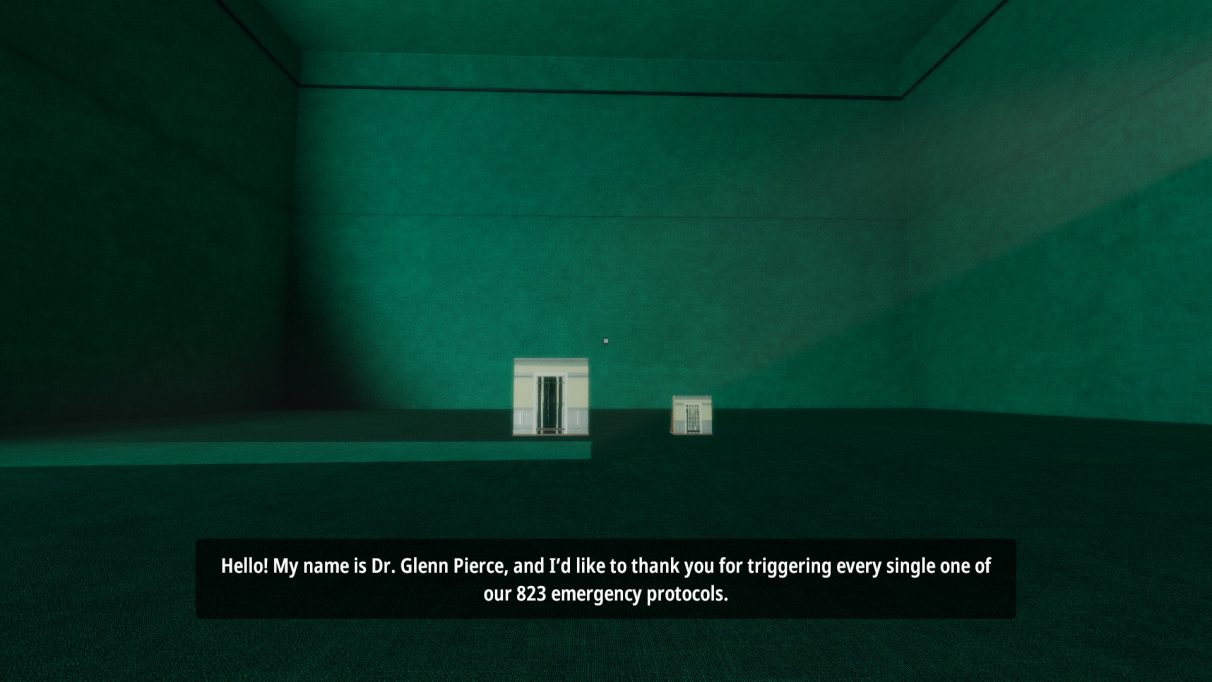 Superliminal is more like a tour than anything. And again, I'm impressed that its visual tricks work so well - but I just didn't feel all that motivated by either them or the narrative. Its setting worked as an excuse for its reality-warping oddness, but was otherwise squandered. I can remember almost nothing of its script. The twist wasn't what I was expecting, and works well because of that on a meta-level, but it's immediately followed by a moralising conclusion that the story and tone hadn't earned, and which in any other context I would have found deeply patronising.

To be frank, I've struggled to say all that much about Superliminal. It's an accomplishment, and it's certainly better and more original than the vast bulk of games in the physics-gimmick subgenre, but I respect it a lot more than I like it.