When I first tried playing the demo for Soulash, an upcoming roguelike by Wizards Of The Code, I thought the controls were broken. I'd hit the key to move up, and my character would hop to the side. Turns out I'm just an idiot, and this is a roguelike where facing matters. WASD controls hop you around, Q and E turn your abstract character, and the mouse handles most else. It adds some smart tactical wrinkles, including hiding from enemies, and a sense of hearing that shows you vague indicators of activity happening out of your field of view. Give it a try for yourself, here on Itch.

From the little I've played so far, Soulash feels like an interesting mixture of the minimalist Brogue (especially in its UI) and the maximalist The UnReal World. There's a strong survival focus to the game, with stamina and hydration bars on top of the regular hunger, but you're not just going to drop dead without warning. Combat drains stamina quickly, and you sometimes have to take a turn to catch your breath, at the cost of fatigue, which is only cleared by resting. Still, it's not a game about biding your time and building houses, just levelling and looting, at least so far. 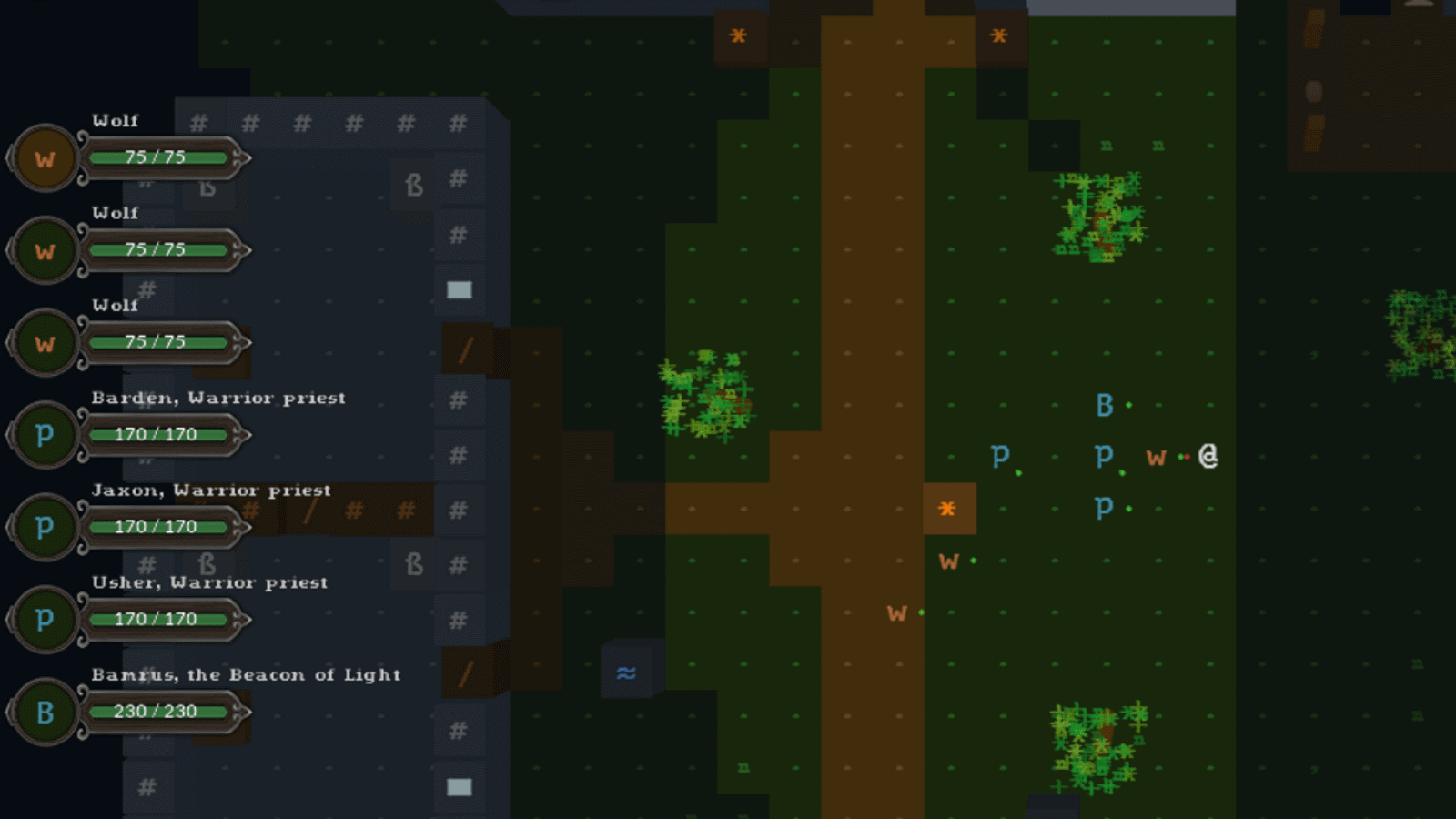 Narratively, Soulash gives you a good reason to do the usual RPG thing and kill/devour/destroy everything in your path; you're a deposed god, escaped to the mortal world and on the lam. Now you're trying to beef yourself up so that you can murder your divine rivals and reclaim your throne, so everything in your path is just another step back to glory. Amoral, maybe, but don't act like you haven't eaten at least five hundred perfectly sentient creatures in Nethack.

Soulash has some very swish presentation. Most of the graphics are ASCII symbols (fudging it a little to simulate dense foliage, and uses a dot to indicate facing and stance), and there's full sound effects and dynamic music. Attacks and especially spells have animated effects too, and the UI is very modern, with a nice, clean clickable hotbar and detailed graphical tooltips. There's even a paper-doll style inventory. For a first showing, it's very polished and readable, ahead of the curve even compared to some modern graphical-hybrid roguelkes such as Caves Of Qud and Cogmind.

You can grab the Soulash demo here on Itch. The developer is currently seeking feedback on this initial release, and plans to publish a larger alpha build later. There's no date on future releases at present, but the demo is mere hours old, and features four regions, two mini-bosses and a level cap of three. Enough to give you a feel for how it all works.