The treehouse is near-deserted today, with almost everyone sacking off work to roll around EGX Rezzed, the London games show organised by our corporate siblings and ourselves. I imagine they're casually playing video games, chatting, eating expensive baked potatoes, barging into rooms declaring "Don't you know who I am?", and generally living it up. Except for Alice L and Matthew, who are somehow hosting a livestream all day every day, and the sessions other RPS folks are leading, and the live podcast recording, and... the point is, to make them do any work at all, I'm making them send me updates about what they're up to and what they're playing. Which I am sharing with you here.

Rezzed runs Thursday Friday Saturday in London's Tobacco Dock, which really is far nicer than it sounds. Last year I enjoyed wandering its cool vaults on a hot day. Tickets are still available for individual days, and we... are doing things there? Not me, I'm in Scotland, but most of the rest are.

The livestream has already started and will continue all day, Brendy and the gang will be reenacting famous game scenes for the podcast recording today, Alice L is talking with a brain engineer, someone is chatting with RPS alumnus Cara Ellison about Void Bastards (also other developers but they're not my flatmate and so don't get billing), then tonight there's a big meet-up in a nearby pub that's open to all people who can get there. As I said, they're basically skipping work. Which is why, as penance, they must produce content for me.

I'll be updating this throughout the day as messages trickle in, so...

Dave
Ollie decided that the train was far too inefficient and to walk in the wilderness instead. 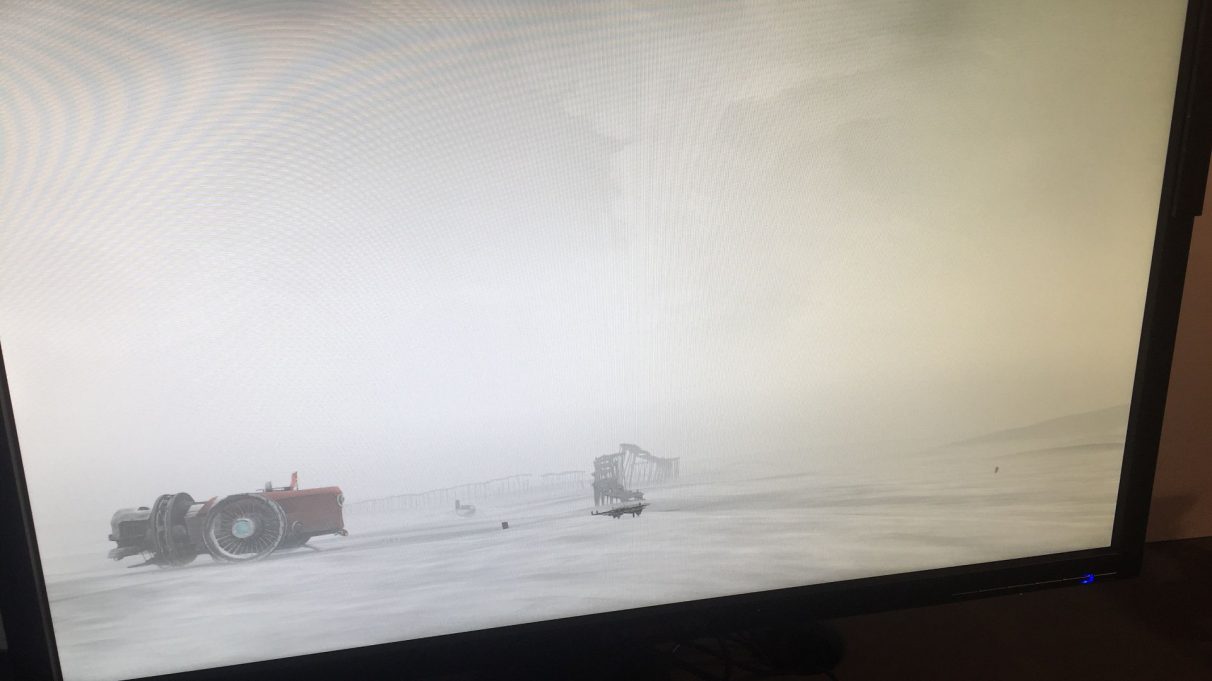 Alice Bee
I arrived late. There was a weird thing where I got given three wristbands to hold, and then almost wasn’t allowed in because a security guard wanted to know why I had so many.
We are in the editorial staff space. It is a weird void 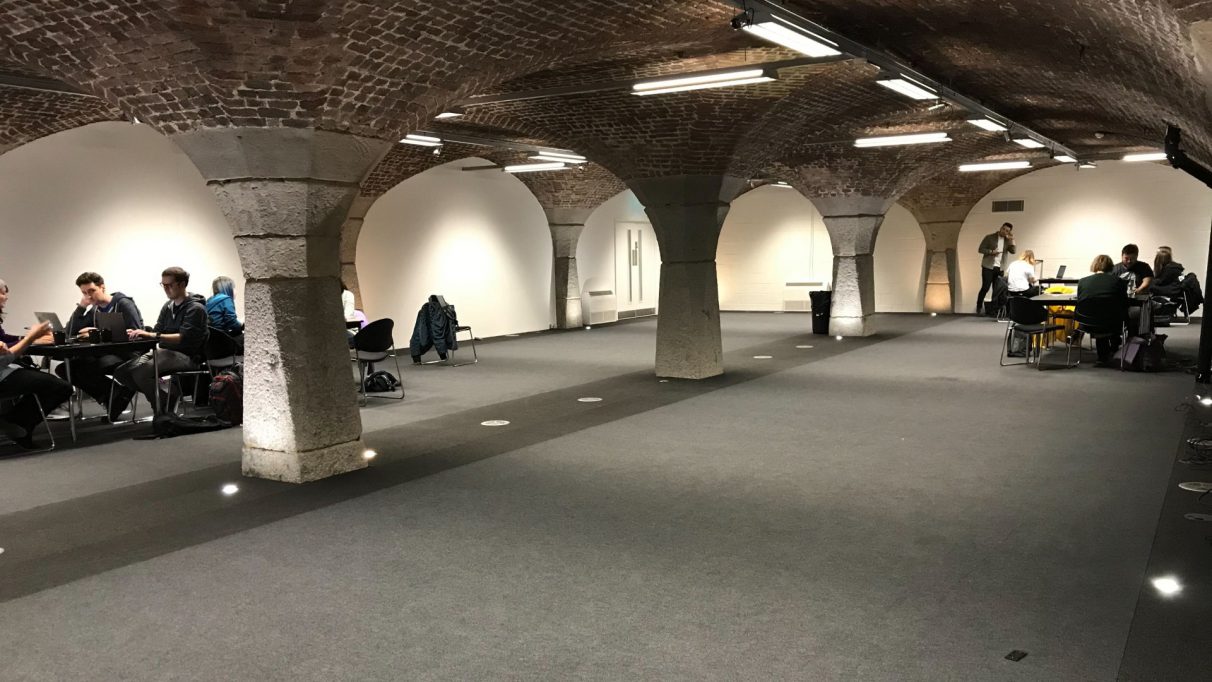 Alice O
Oh it's like a school disco. Who'll be the first to cross the divide and ask a Eurogamer staffer to dance?
[n.b. this is 'banter']

Dave
Katana Zero looks to have a particular mantra where both me and Ollie were saying "oh no" when we got decked or shot. Definitely has that 'Hotline Miami with samurai' vibe.

Alice O
Would you call it Katana Zerohno?

Dave
Will now!
I have found my spirit animal - The Swords Of Ditto 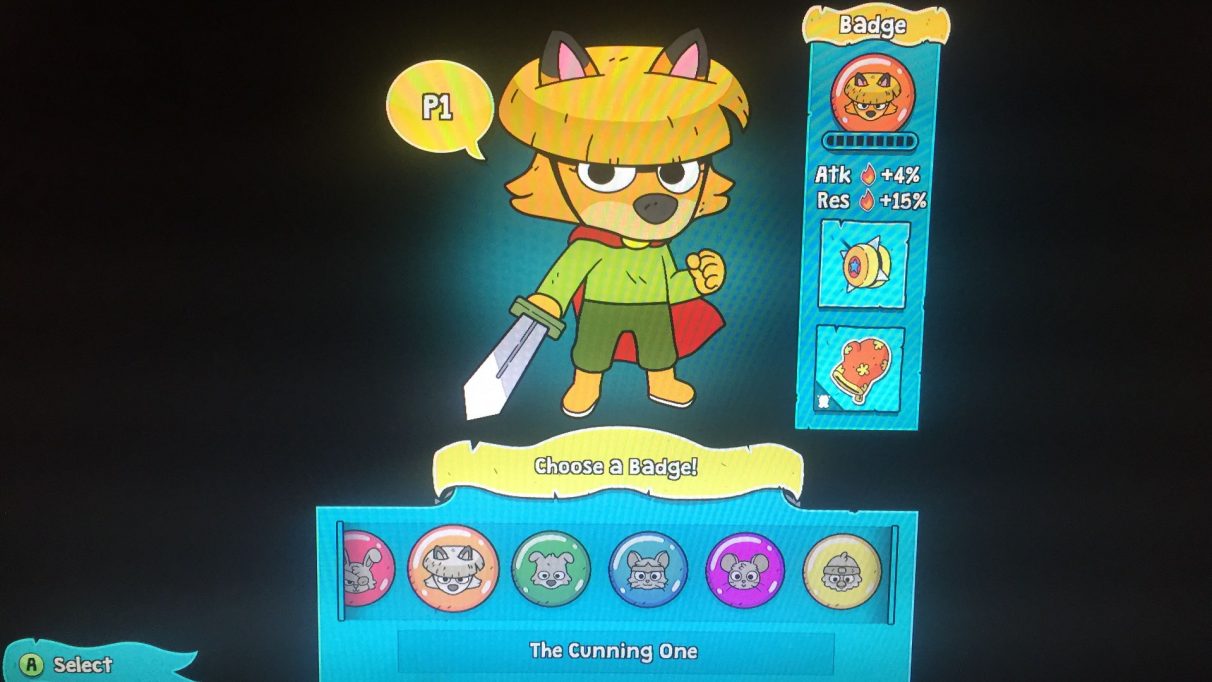 Yes spirit stag beetle, How DOES it feel? 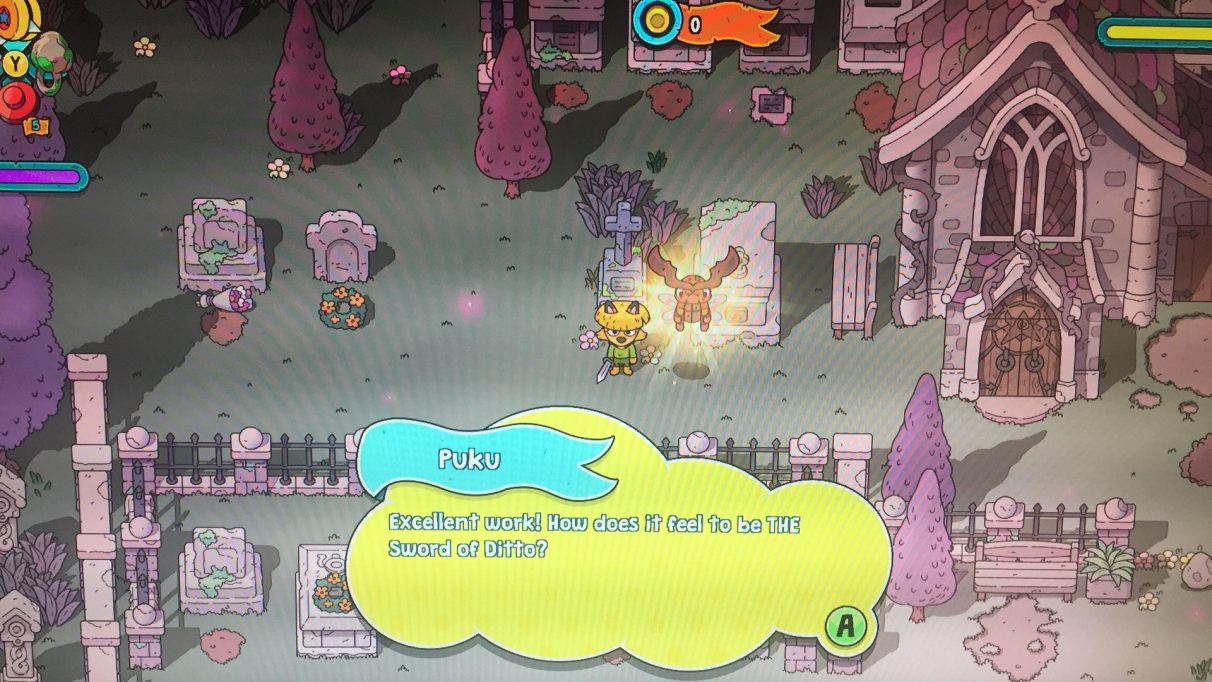 Alice O
Any cup of tea or a free cup of tea? Either way it's inhuman.

Dave
The power of love revives all 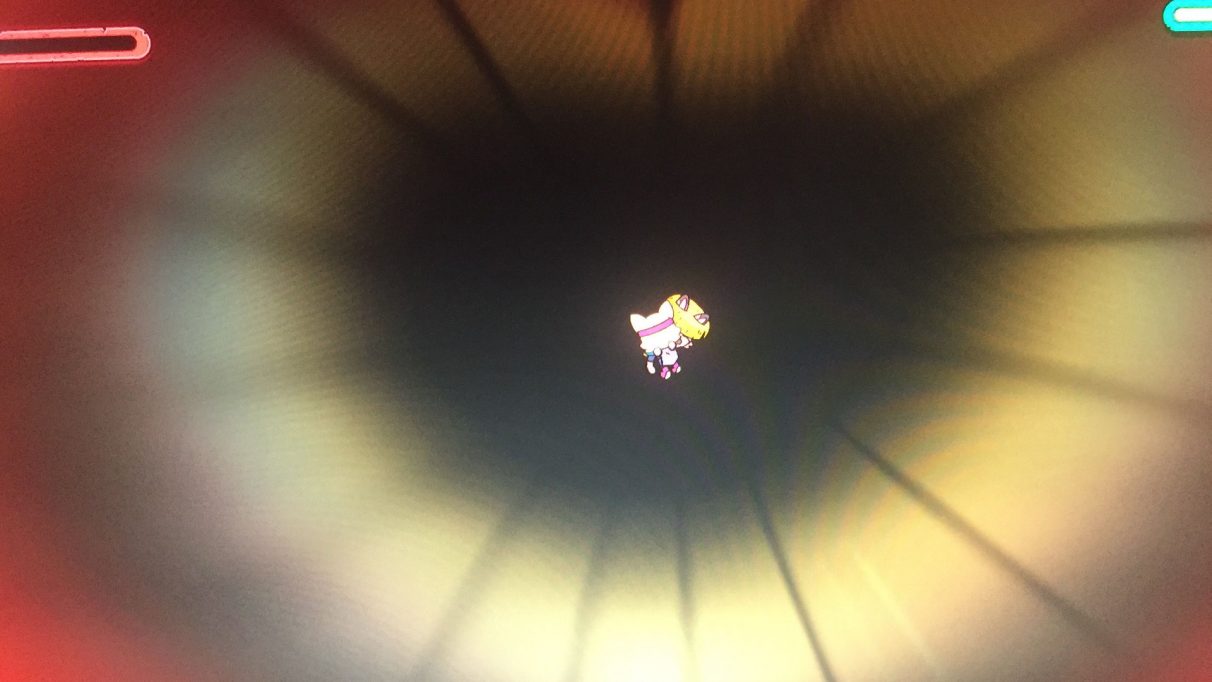 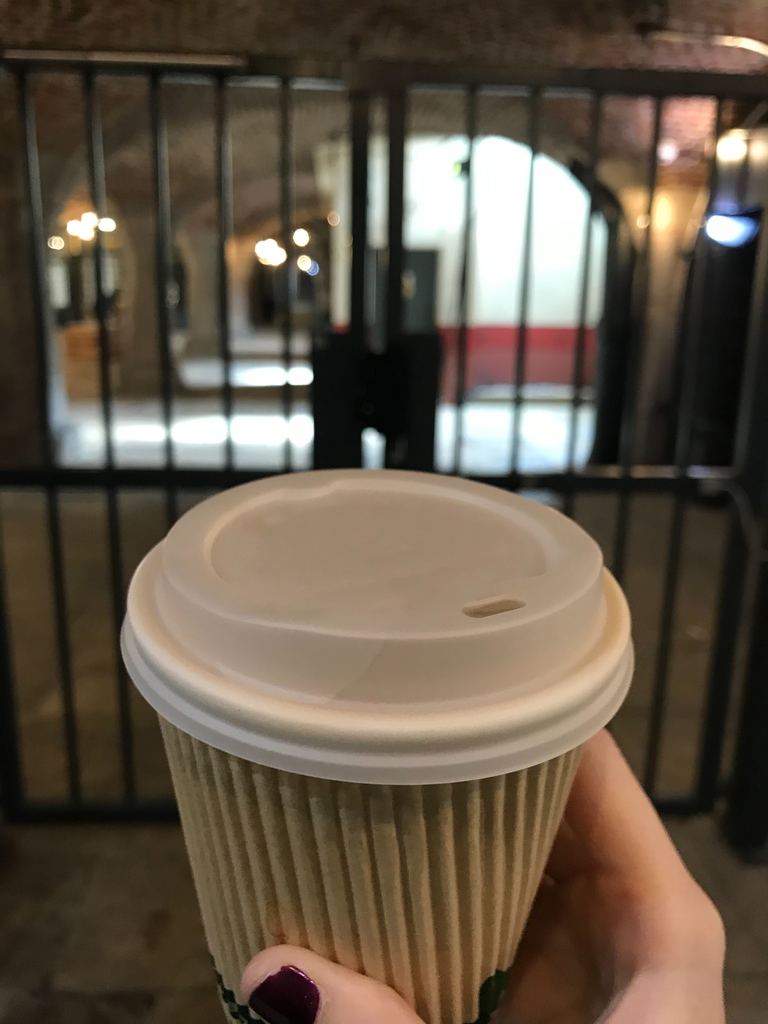 Alice O
I assume the security guard makes you shout "Level up!" before you're allowed a sip.

Matt
I've wandered into the RPS room. There are glowing cubes that make meowing noises. I like it here. 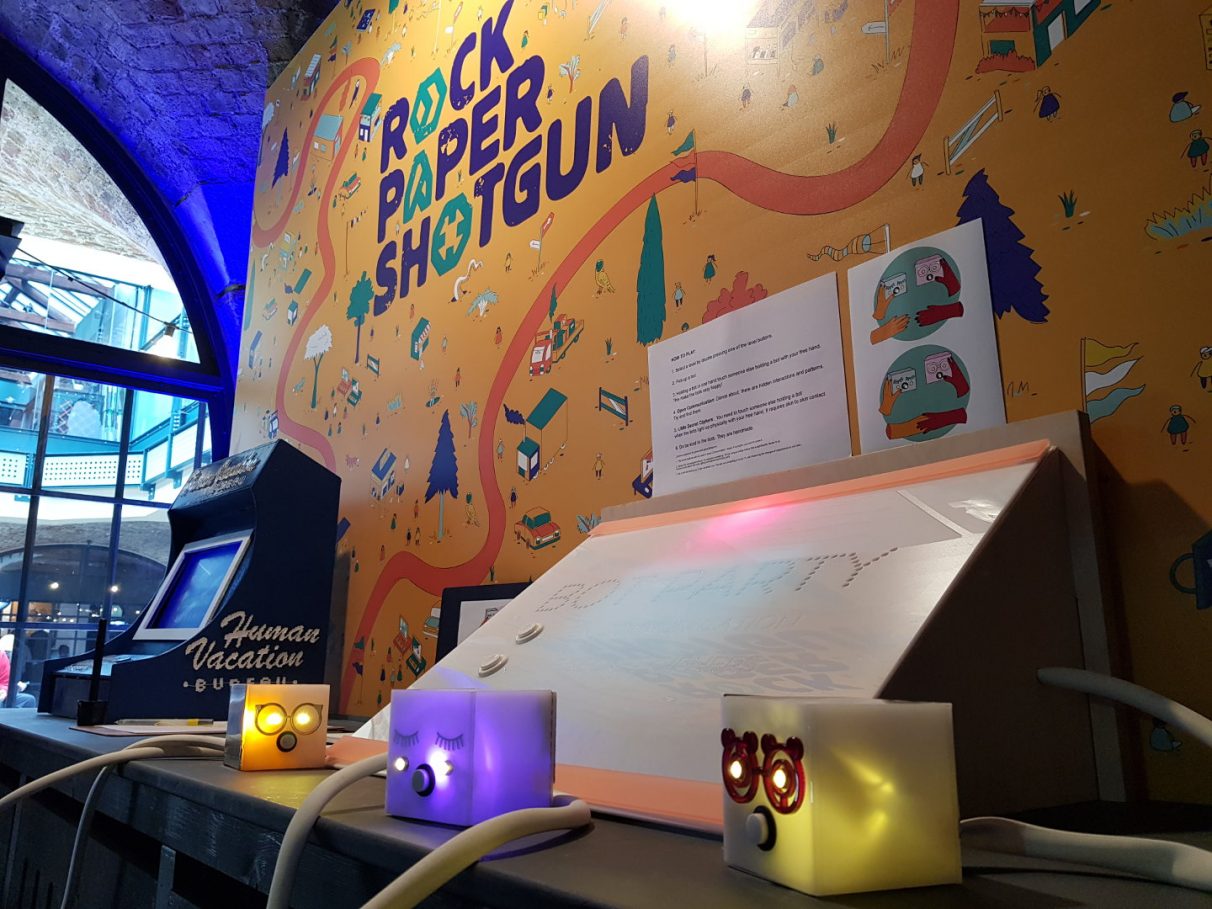 Alice O
Which cube is you?

Matt
I don't like to be put into boxes 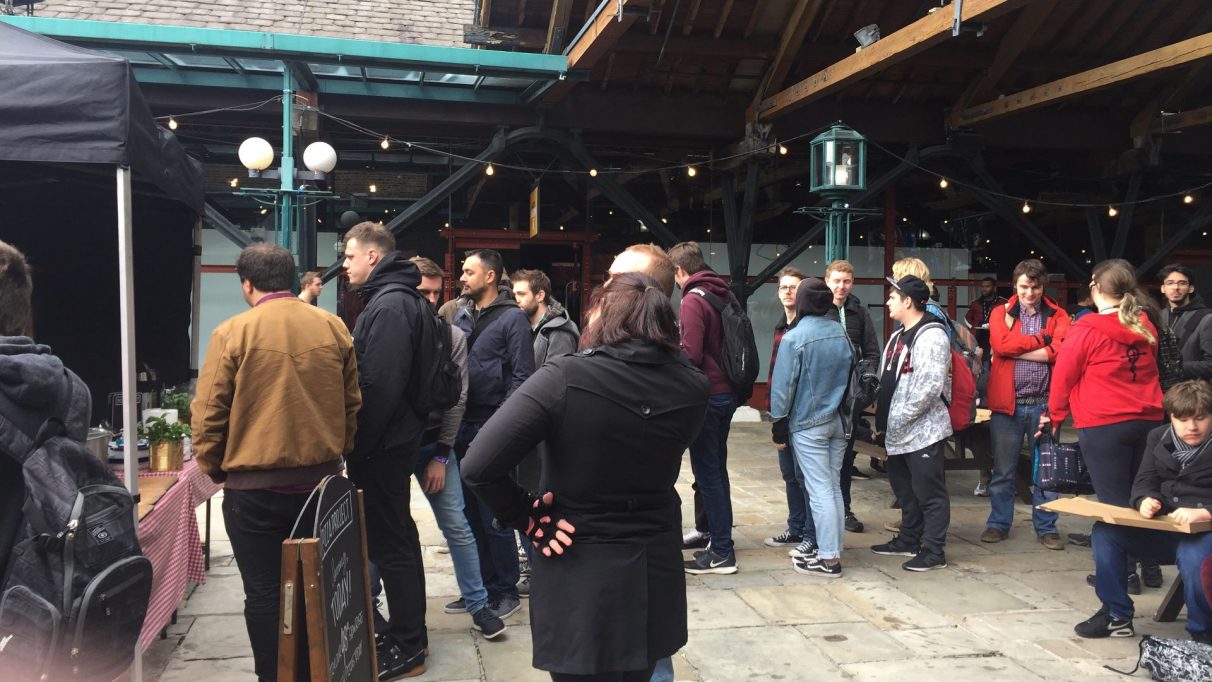 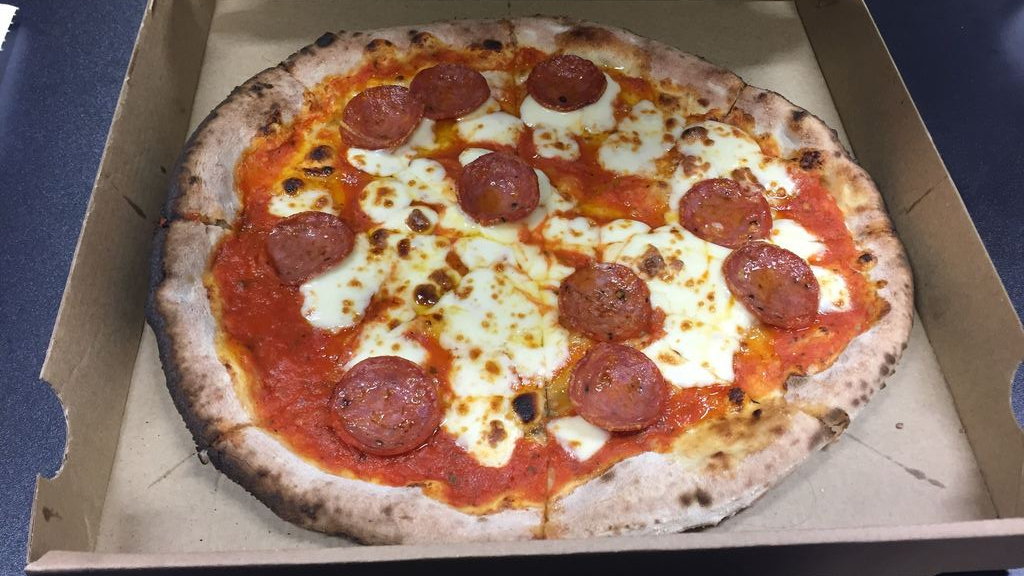 Alice L
All I can smell is burning pizza
The pizza options for me are cheeseless with mushrooms and salad
Alice B told me to go to a secret room, where I got told off for looking at the food, which wasn't vegan anyway

Alice O
Nothing beats a handful of lettuce and rocket on a big round slab of toast.
Do they know who you are? Do they even know you're an Alice? Outrageous.

Alice L
I know, I'm outraged tbh.
What is this.

Brendan
I have arrived at the giant stone ossary they are holding Rezzed in. The security man let me past without checking anything. I'm basically a really pedestrian Hitman. 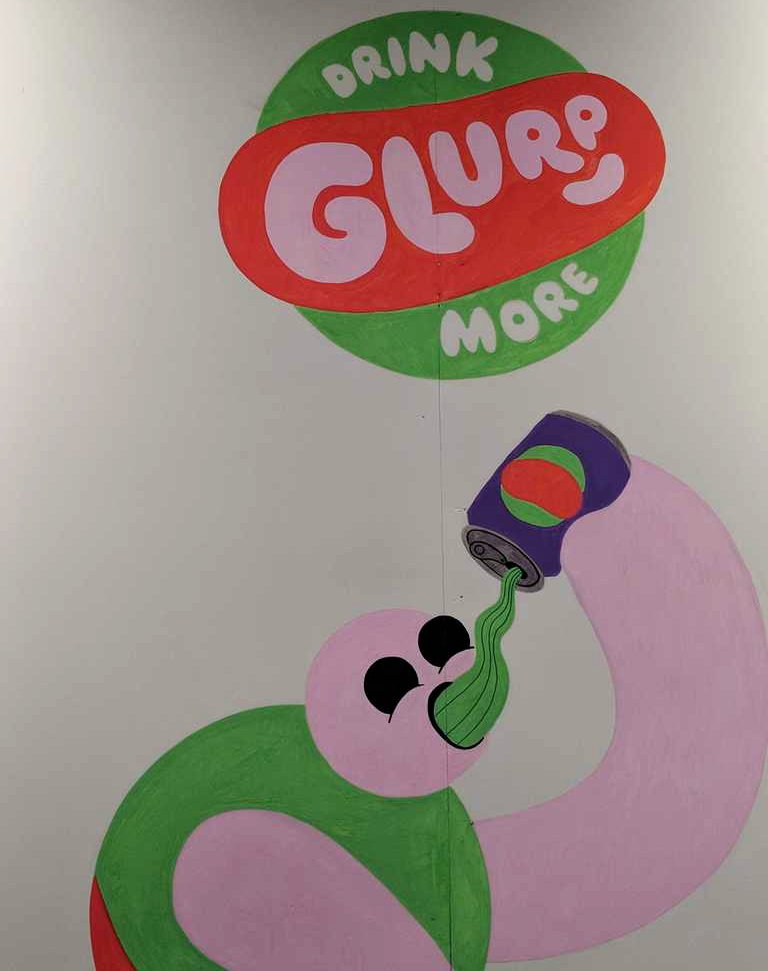 Alice O
What in the

Alice L
And then he won the round!

Alice O
But why the Glurp :(

Alice L
and won the medal and a can 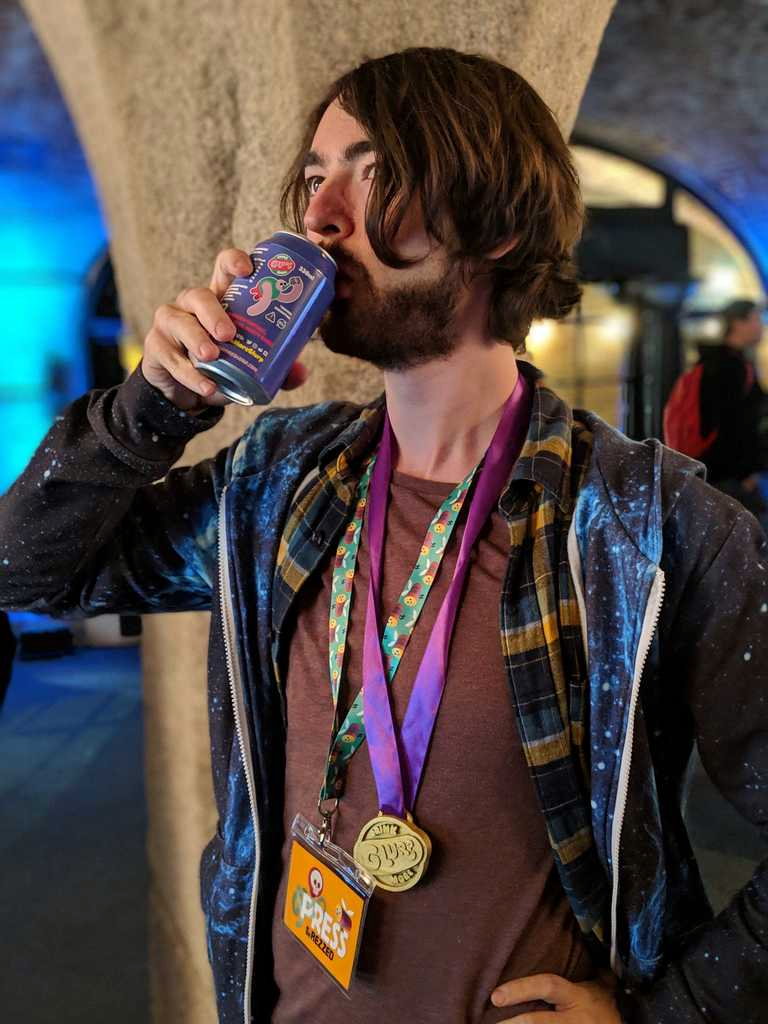 Alice O
This description of a fizzy drink is simultaneously unhelpful and ominous.

Alice Bee
I've seen Graham's game
he has a sign by it saying 'it will crash, sorry, I'll fix it tonight'

Brendan
We are doing our live podcast in a few minutes. There are scripts involved, and I had to go and print them. But I forgot I made one comment on the doc, and now all the words are squashed.
"Hahaha" 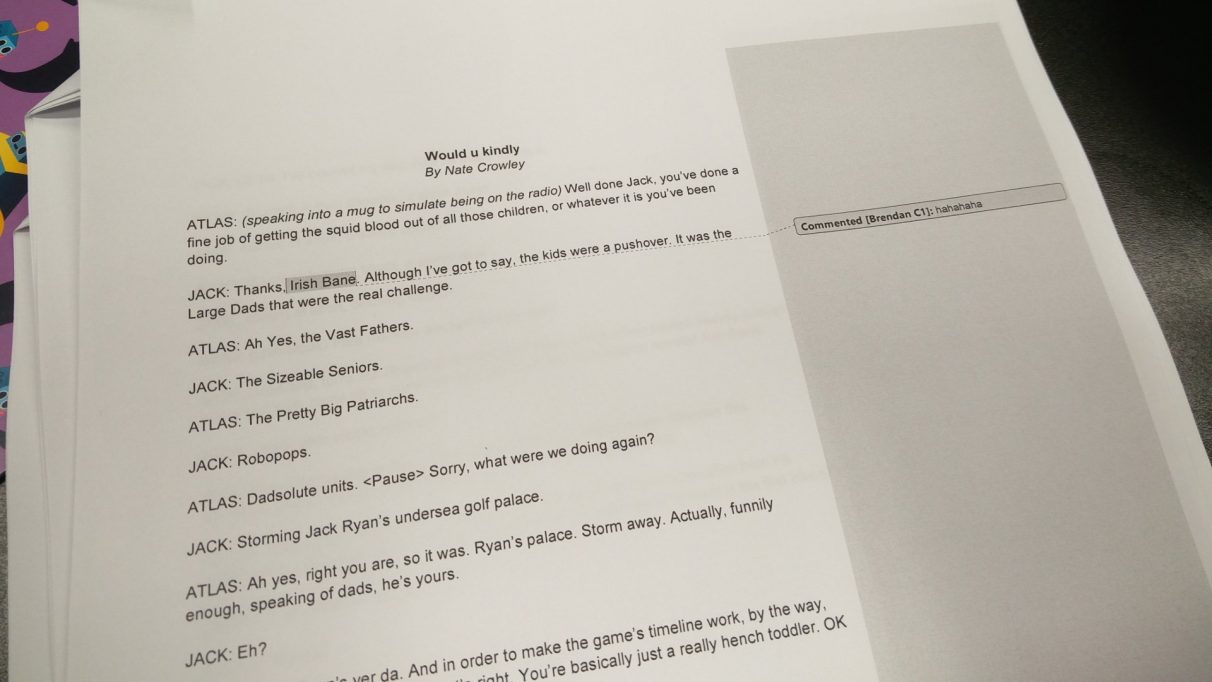 Alice Bee
I saw a game called Double Pug Switch. I think it was at EGX last year but I didn't get to play it
you're a pug and, like, you platform by switching to a different reality or something
you become nega-pug
I felt bad because pugs always look like they're on the verge of an existential breakdown anyway
you seen in Germany they're breeding snouts and legs back into the pug breed? I approve

Katharine
Episode 77 of the Electronic Wireless Show is underway.
Brendan is bricking it 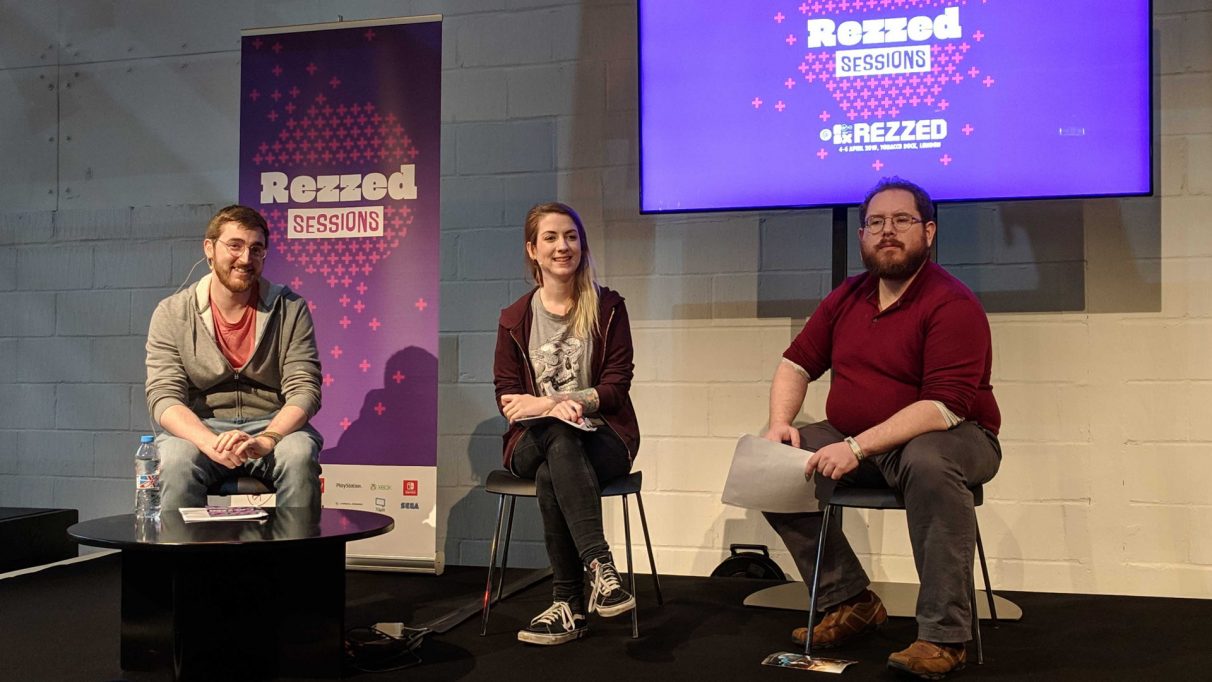 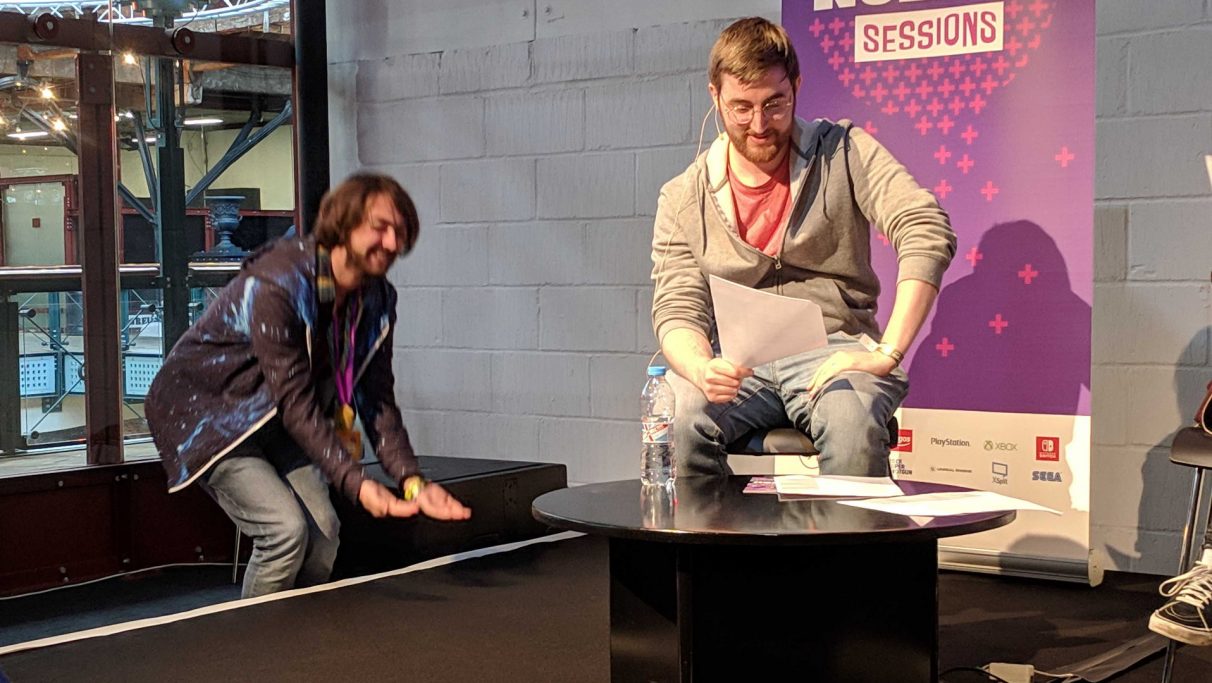 Alec
Ah I'm glad my suggestion made it
UNCREDITED OF COURSE 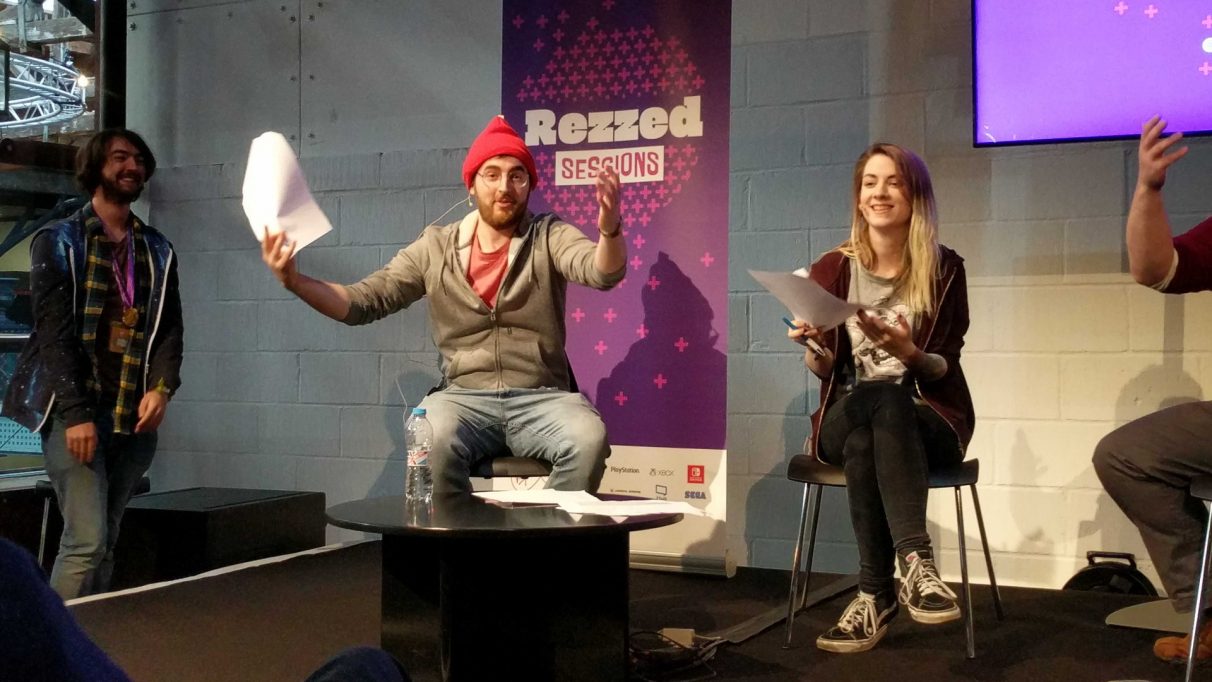 An England hat bought from the airport this morning, to make him look like a football hooligan

Alice O
I'm turning my phone off. Go to the pub.