When Kirby inhales an enemy, he’s able to steal that character’s famous moves as well as a bit of their appearance. Now imagine a group of Kirbys, all attached to one another like some pink frog spawn, inhaling every popular game that released over the last couple of years. Then the violent eruption as Multi-Kirby belches out the result: Craftopia.

Craftopia markets itself as a multiplayer (can also be played in singleplayer, of course) open-world survival action game. If this seems like a mish mash of categories to you, that’s because the developers over at Pocket Pair are designing a game built to answer the question: “What would happen if we combined our favourite video games together?”. Currently in early access, I genuinely believe that by the time it’s truly finished, I may never need to own another game ever again.

It’s a deeply ambitious project, and the sheer size of Craftopia’s scope means it doesn’t excel at any one thing just yet. I mean, it’s a Sandbox with Survival elements, that also gives you the ability to Farm, which can be automated by Building factories as you progress. Let’s not forget the Hack-and-Slash combat combined with Fantasy RPG spell-crafting! If this were a genre drinking game, we’d all be dead by now. 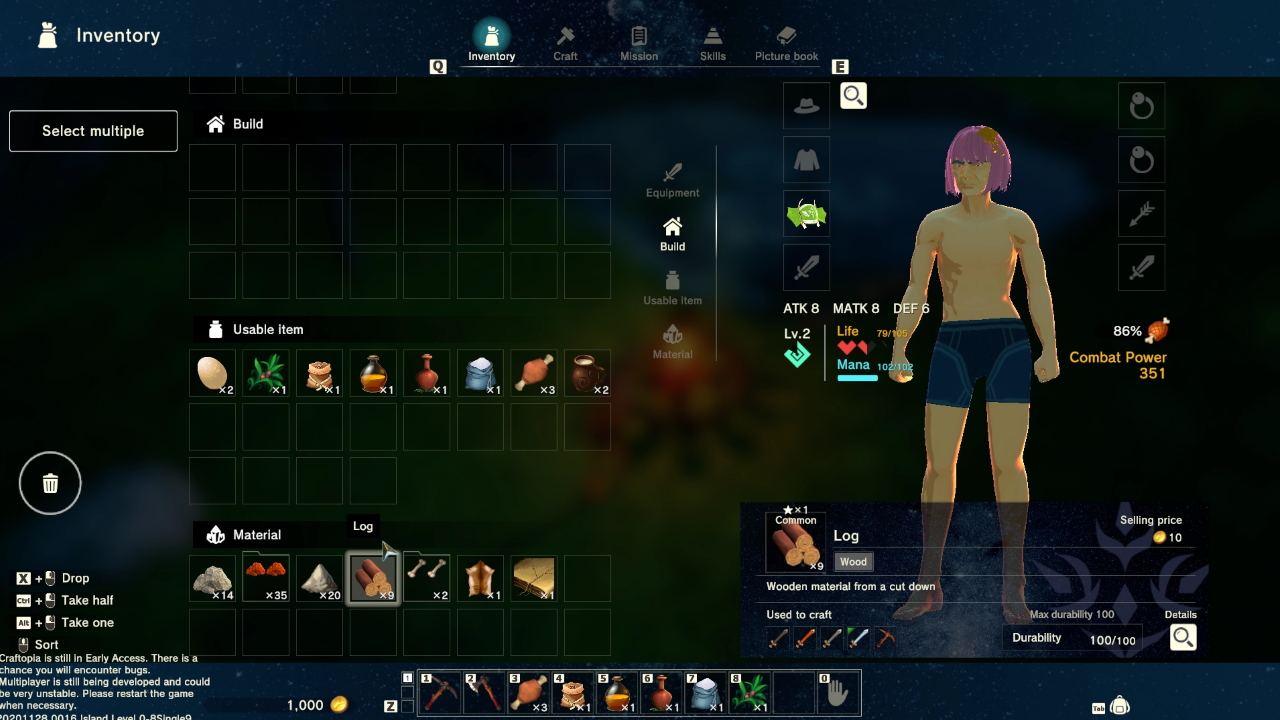 Still, because Craftopia ticks so many boxes it’s a lot of fun. I find it’s a bit like if I’d ordered Zelda: Breath Of The Wild off a dodgy site and received a bootlegged version full of surprise. Less in the majesty of the world, and the “Wow, this mountain was hiding that?” feeling, but more in the “Holy shit, I can craft a sequence of conveyor belts that send a stream of cows into an enormous stew pot so I never go hungry?!” sort of way.

Pick through Craftopia’s genre-laden innards and you’ll find it does have its own bizarre identity beating away in its heart, too. Here are just a few things I've done or seen which baffle and impress:

I met the Egyptian god Anubis in the sky, who was surrounded by conveyor belts (this game loves conveyor belts). I promptly handed him some Slates of Growth I’d found in a dungeon and he upped my stats while doing a little jig. I built an Altar of Civilisation to progress the Age of the world, which unlocked a whole host of new items to build. One of which was a Fish Filleter. 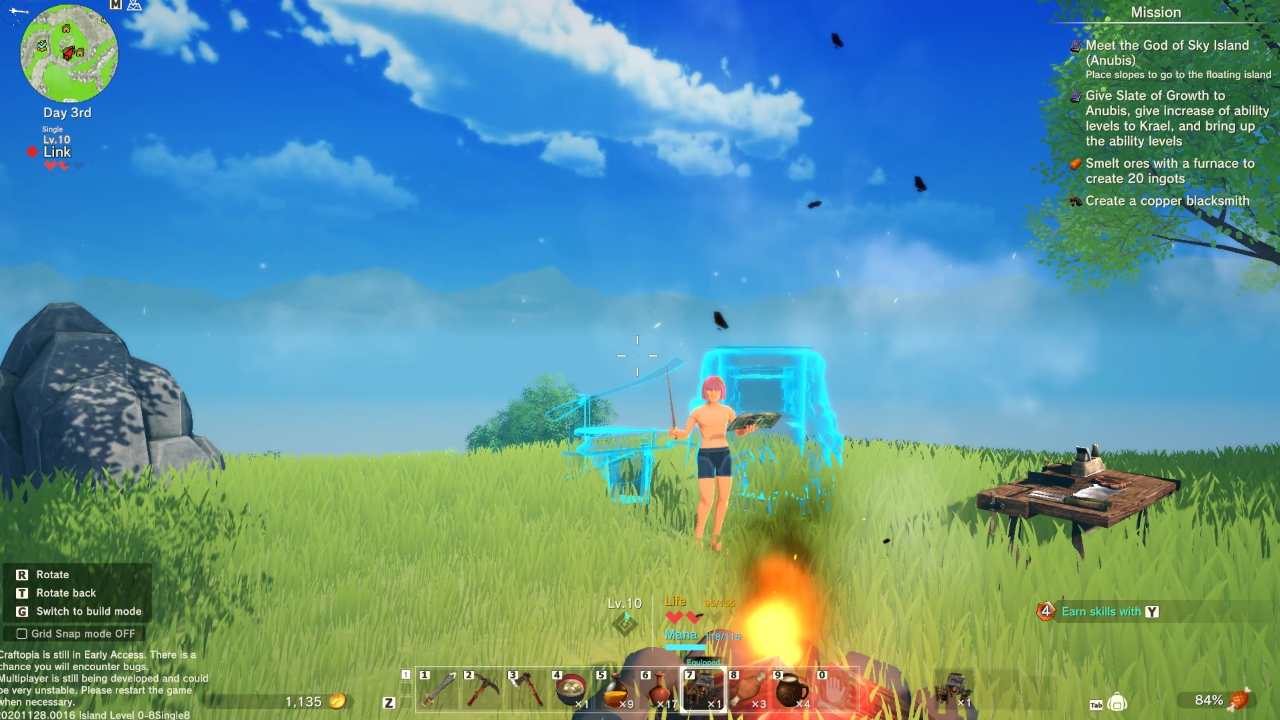 I planted wheat crops, built myself a glider, unlocked a double jump, and soon realised I could craft a roomba to harvest my wheat fields for me. I’ve not reached this point myself, but I’ve seen videos of players generating electricity by having Anubis jog on a giant hamster wheel. You can even make a cow and a bear breed to birth podgy blue creatures.

Craftopia is awash with things to build and do, but I like the way it’s not at all overwhelming. Unlike some survival or farming sims which make crafting stuff a massive hassle, Craftopia lays things out clearly and makes everything nice and simple. This means that no matter how much time you put in, you always feel like you’ve accomplished something when you’ve logged off; something many blockbuster open world games can’t promise anymore.

If you too would like to automate your wheat harvesting, and/or, drive a motorcycle through a field of people on hamster wheels, you can pick up Craftopia over on Steam.