Sleep and games are among my favourite things. Certainly they're the biggest occupiers of my time, and thanks to my collection of chronic ailments they often overlap.

I have always struggled with sleep, you see. It doesn't happen regularly, nor when I invite it. It simply comes when it comes (I've tried whatever you're about to suggest, thanks), and I've learned that it's best to take advantage of it when it does. But games have sometimes helped, in those cases where the brother of Death lingered awkwardly on the doorstep. Here then, are some of the soundtracks I've consistently dropped off to.

I'll tell you what game soundtracks needs more of: silence. Medieval Colon Total War didn't go far enough (I maintain that almost all strategy and role playing games should have an option for long periods of silence in between backing tracks. Endless Legend did it, The Guild 2 did it, Kenshi did it. If Skyrim or Oblivion had an option for that I probably wouldn't have switched their music off within 2 hours. Also, stop having 'battle music' that plays the instant something hostile sees you. You're ruining their ambush! Please kidnap your local games publisher and force them to implement these changes, thank you). But it did have these two wonderfully minimalist themes for its world map, where you'd spend at least half the game.

Just a few strums of a lute now and then, a brief and wistful sigh of a violin followed by long periods of ambient wind, and perhaps a distant church bell. The Winter one is just as good, with its single, sad vocalist that seems to know of my troubles. Why are we still at war? Oh, those cursed Byzantines again. It's too much. I'm tired of the fighting. Bard, play me something barely clinging to consciousness.

I played Satellite Reign for the first time on Saturday. I couldn't possibly give an informed opinion on it as a game, because I got as far as the first mission before minimising the game to do something else. This says nothing about Satellite Reign, I want to stress. I'm easily distracted. I'd been awake for almost several hours, see, after a mere 13 hours asleep, so naturally I was feeling a bit unfocused and ooh this is nice, I'm glad it doesn't stop when you minimise it. I might lie down actually. Oh wow that was two hours? It's fine, I'm just dozing a bit, not... oh. Midnight, huh. Well then. I should probably have breakfast.

I enjoyed Frynapse 2. I didn't play it enough. I did, however, boot it up several times just to see if its surprisingly beautiful, mournful title music would gently caress the sleep nodes of my brain again. This is of course a sequel to a game whose synth-y near future noises and untextured virtual reality shapes actually predated the current fad for 80s stylings, so it doesn't really get enough credit for originality. Use our incredible new technology to free the people of the city? Yeah, sure, but first I'm just ... need to just gonna... thing. Moment. Mm.

The Chesthole soundpack for Cataclysm: Dark Days Ahead 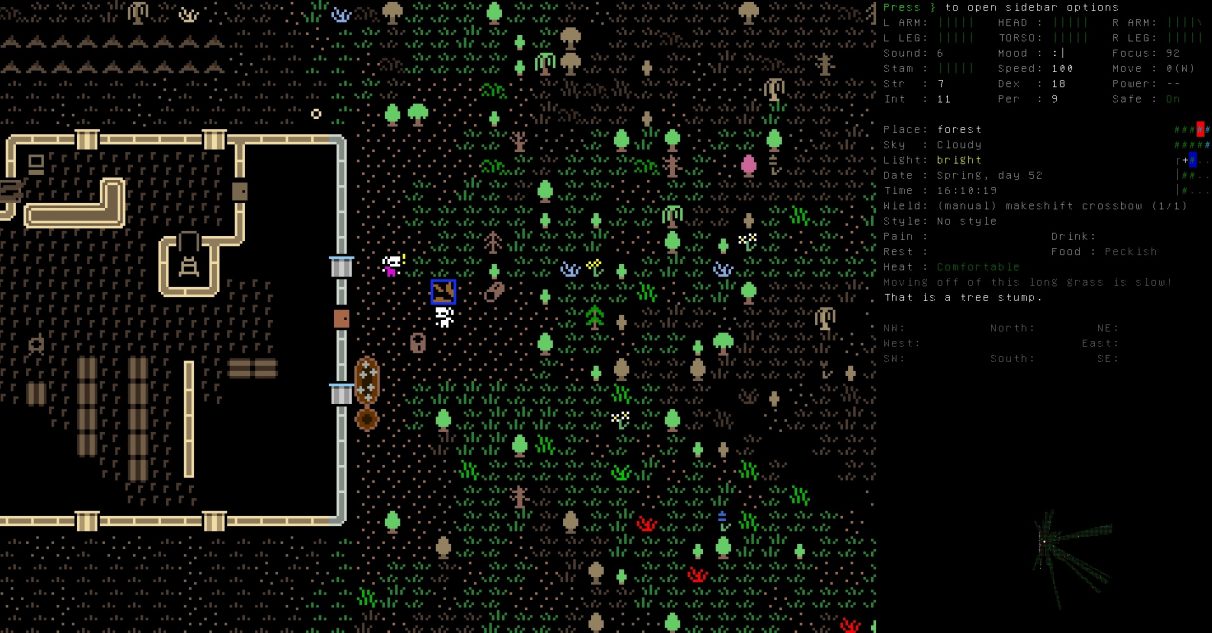 Honey-voiced guides champion Ollie said this of zombie-excluding city building They Are billions last year: "despite everything, despite the subject matter, despite the moody music, and the fact that every moment threatens your demise at the hand of a pasty churning mass of several thousand undead – despite all of that, there’s something about the game that’s just so warm, so comforting."

That's exactly the feeling I get from most of my games of Cataclysm. By default it is entirely silent, which is why the Chesthole soundpack comes highly recommended. It adds lots of noises, but I find its music particularly soporific. I get an urge to play it in mid-November every year, and almost invariably end up just letting its haunting music and rainfall lull me in and out of sleep for long afternoons. You wouldn't think a soundtrack that includes distant sirens would be so cozy. Somehow, it is.

I'm sure there are more, but gosh, wouldn't you know it, I'm feeling just a wee bit like I need to rest for a moment. I'll get up and cook in a few minutes I expect. In the meantime, why not have a wee chat about your own favourite sleepy game sounds? In the other room, if you don't mind.