Australia is still burning, but over the last couple of days they've actually had some rain! While this is a big help to certain areas, there are still 83 fires blazing around the country, and there's a lot of people and wildlife still in trouble. It's good job then that there are even more game devs, companies, and communities banding together to help out our friends down under.

A new Humble Bundle, a donation from the makers of Warframe, and a charity initiative run by Eve Online players are just three more ways the games industry is raising money, and you can get involved to show your support too.

Humble's Australia Fire Relief Bundle is chock-full of great games, including a load made by Aussie devs. My favourites of the bunch are Hollow Knight by Team Cherry, Void Bastards by Blue Manchu, Crawl by Powerhoof, and The Gardens Between by The Voxel Agents.

This lot would usually sell for over $400 (or over £300), and Humble is selling them all together for just $25 (about £19.13). This is a ridiculously low price for the quality of all these games, and I will consider it a personal insult if you don't at least consider buying the bundle. 100% of the money made goes to the RSPCA National Bushfire Appeal, the NSW Wildlife Information, Rescue and Education Service (WIRES), and the WWF Australian Wildlife and Nature Recovery Fund - so if you have the money for it, you really have no excuse.

Warframe developer Digital Extremes are joining in the fundraising too, but rather than starting up an incentive for players to donate, they've just gone ahead and donated $15,000 to the Bushfire Emergency Wildlife Fund and the Bendigo Bank Bushfire Appeal (as the company is Canadian, I assume their donation was in Canadian dollars, which works out to around £8800).

They're also offering players a free in-game Yooka Floof (pictured above, it's a little virtual plushie to decorate your ship) to help raise awareness.

"When allies of the Origin System are in trouble, Tenno rally to help," they posted. "To bring awareness to this important cause, all Tenno can log in now to receive the Yooka Floof — a symbol of hope and compassion.

"Together, we can help support the efforts of those fighting to rebuild and heal."

"Eve players can contract Plex [the game's microtransaction currency] in-game to the character CCP Plex for Good and the real-world monetary value of all Plex collected will be donated by CCP to the Icelandic Red Cross at the conclusion of the campaign on behalf of Eve Online players," they explain.

"The Icelandic Red Cross will ensure that the donated money is delivered to their counterparts in the Australian Red Cross where it will then be deployed to aid their humanitarian efforts in bushfire affected areas."

Some Eve players are also running special events in-game, like Operation Wildfire - a free-for-all brawl on Planet I which took place earlier today on Twitch. 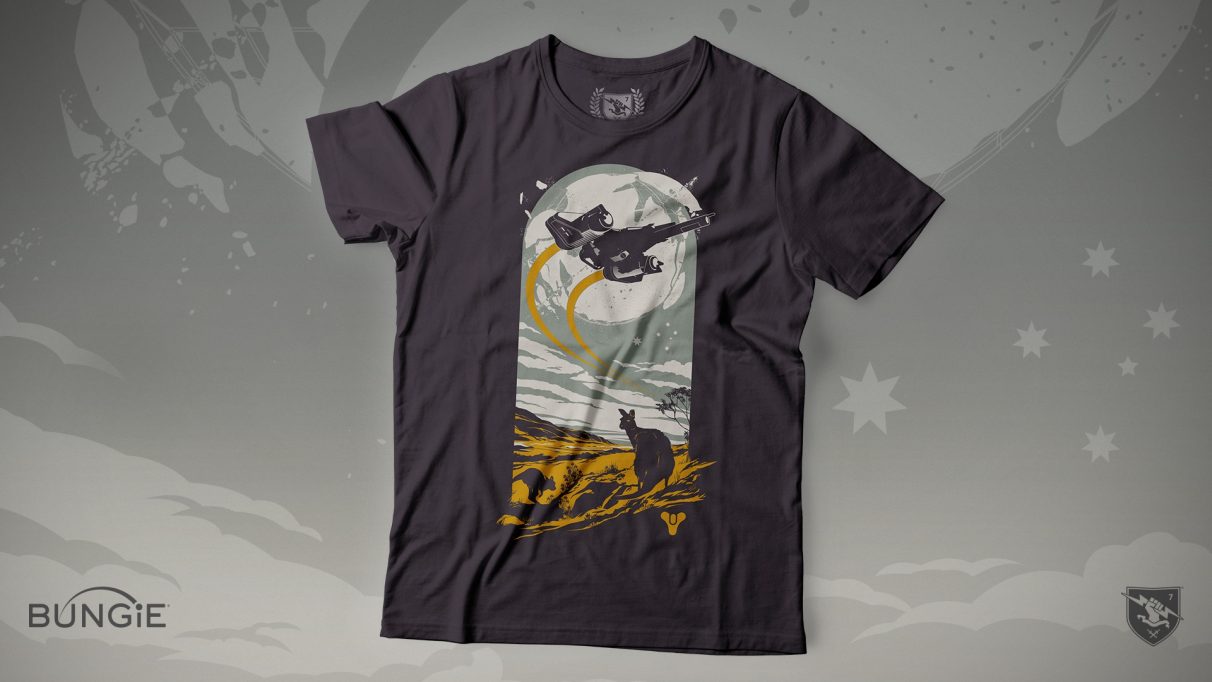 On Monday I reported that Bungie, Ubisoft and Infinity Ward had joined the cause too. Bungie were making a Destiny t-shirt to raise money for the NSW Rural Fire Service and WIRES, and their design is now finished. You can pre-order it on their American and European stores until February 18th, and it even comes with an emblem your characters can wear in Destiny 2.

If you know of any more gaming communities helping out with Australia's Fire Relief, tell us about them in the comments! Tell your friends! Tell your grandparents! Let's help out our Aussie friends, they need it now more than ever.