Everyone from Taylor Swift to Tyler, The Creator has written a song about flowers. Fancy restaurants scatter them over melting chocolate bombes. Van Gogh even had a crack at painting some once, I believe. And after all, why not? Flowers bloom all around the world, and symbolise so much to so many different cultures. Final Fantasy is far from the only video game series to lean into flower metaphors - but few have done it better.

As with so many of Final Fantasy’s strengths, the best examples can be found in Final Fantasy VII. Already considered by many to be the pinnacle of the series, the upcoming remake (eagerly awaited but a PlayStation exclusive until April 2021) has seen Cloud’s battles against Sephiroth back in the headlines. It’s been talked about so much since its original 1997 release that it’s hard to imagine anything about it remains underrated, yet the flowers are a seldom appreciated piece of Final Fantasy VII’s world building which the high definition makeover really must get right if it's to get anything right at all.

Most of this centres around Aeris/Aerith Gainsborough, Cloud’s go-to love interest (deal with it, Tifa fans) and a hugely important team member throughout the game. If you’re yet to play Final Fantasy VII and have managed to avoid spoilers for 23 years, you clearly have some amazing willpower and you should use it now to click through to another story. This article goes into heavy spoiler territory.

Aeris works as a flower seller in Midgar, an occupation which seems rather innocent and naive on the surface, but actually suggests a lot of resilience. Midgar is not a bountiful, lush locale awash with colour, with flowers nodding on every corner waiting for Aeris to stroll along and pick them at her leisure. It’s a harsh, unfeeling city, technologically advanced and almost the antithesis of nature. Flowers only bloom in a few select areas, and even then it doesn’t seem like Aeris is making a killing selling them.

(Here you might be thinking that working as a flower selling in a place which doesn’t produce many flowers to a populous not interested in buying them is less resilient than it is stupid. But listen: What with the climate being a huge cultural issue of our time, and FFVII’s story dealing with anti-environmentalist corporatism, Aeris’ resilience is more important than ever.) 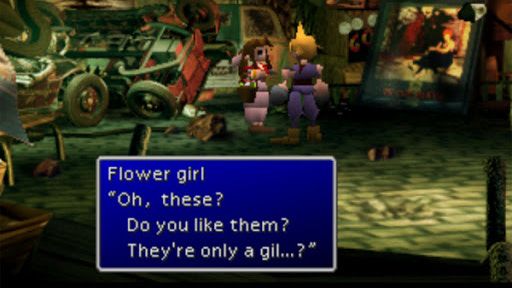 Where you'd perhaps see a tree growing in Brooklyn, in Midgar it’s lilies in bloom. The ‘select places’ mentioned above are not random, either; you’ll find flowers at Aeris’ house and by her church. This is the same church that later breaks Cloud’s fall from a hundred foot drop. Bit of a coincidence, that. And although it really shouldn’t have cushioned his fall, the flower bed inside the church that Cloud lands in is a bed of lilies.

As a fairly common flower with many varieties, the lily has a rich symbolic history, both in cultural traditions and in literature. Lilies can mean many things to many people, much like how the rose is typically a symbol of love or romance, but also has ties to the Virgin Mary in Christianity, Sufism in Islam, the England rugby team, several socialist or workers’ rights political groups, the British counties of Lancashire and Yorkshire, and several American states. The lily has an equally diverse symbolic attachment, though less eclectic than the rose (which writer Umberto Eco famously said is “so rich in meanings that it hardly has any meaning left.”) The lily’s symbolism is much more intertwined, but all of the meanings can connect, in their own, way to Aeris. 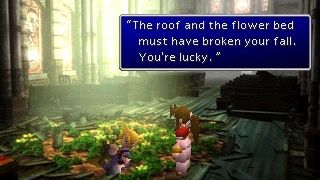 The most common association with lilies, of course, is death. This is likely the first thing you associate with them, especially in the west where the're the most popular funerary flower. Aeris famously dies a tragic death in Final Fantasy VII - possibly the most famous death in all of video games - and despite the existence of Phoenix Down, she cannot be revived.

The lilies' metaphorical link to Miss Gainsborough doesn’t stop at the obvious, though. Thanks to the bright white petals of many varieties, the lily has frequently been used in literature to symbolise purity, both of the body and of the soul, and you'd struggle to find a video game character more pure of heart and soul than Aeris. While overshadowed by the red rose, the lily also has deep cultural links to romance and love. Once again, I advise Tifa fans to deal with it as I point out how perfect Aeris and Cloud clearly were for each other before tragedy tore them apart. Lilies also have been used to represent a deep connection with the environment, a key theme reinforced throughout Final Fantasy VII’s story, because of how delicate they are. 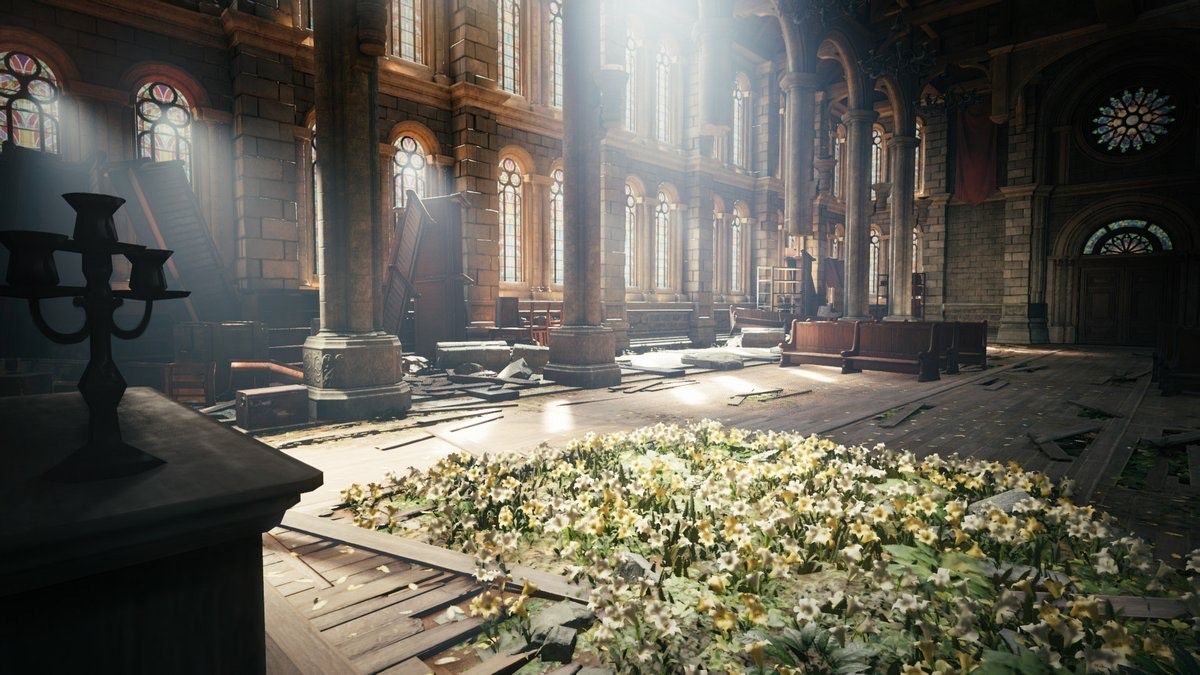 The very fact that these flowers are only found in places associated with Aeris highlights her own power - the power that we all have - to shape the environment for the better in many ways, however small. As well as all of the symbolic meanings lilies offer, on a more substantive level they require clean environments to thrive.

The very existence of lilies within Midgar represents hope against evil, capitalism and corporate greed. Aeris, much like Cloud (and go on then, Tifa too) are these lilies; struggling to survive, fighting against forces much stronger than themselves, bringing beauty back to a cold and lifeless world. It is foolish, often pointless, to fight corporations on the climate. But we fight nonetheless. 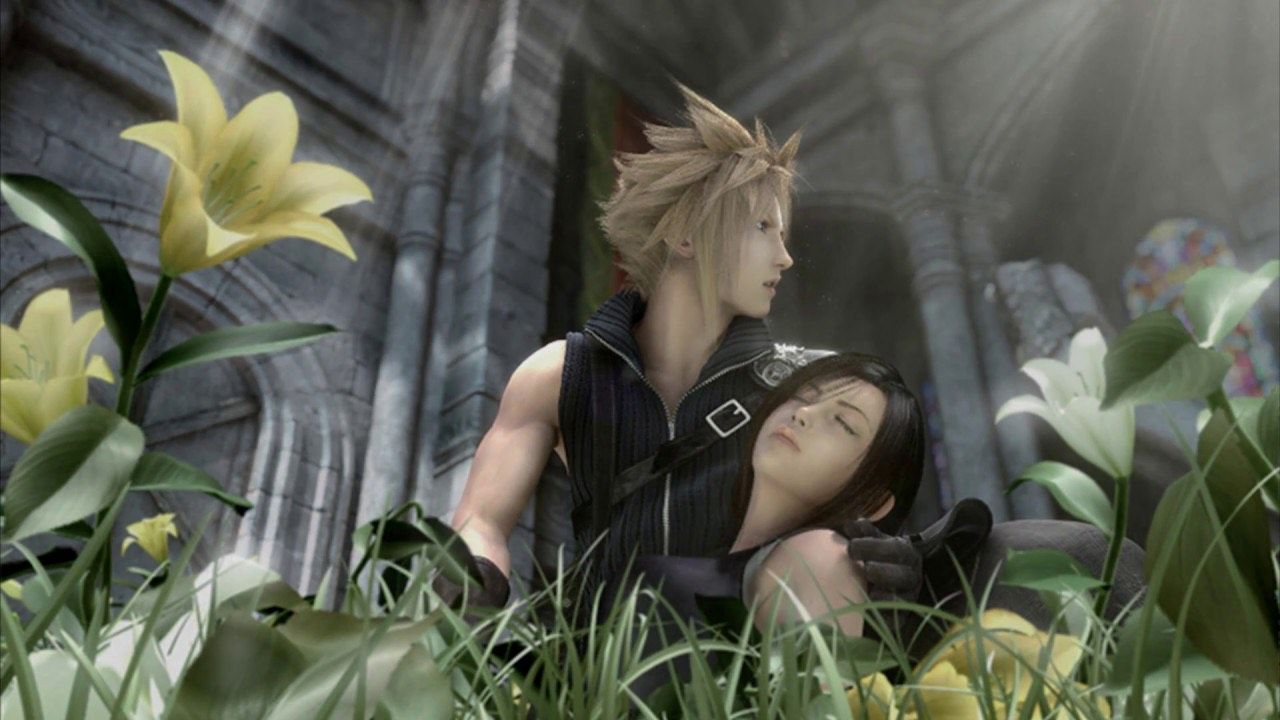 Though it’s easy to dismiss the splashes of floral colour in the game as a little bit of set dressing, they’re so much more important than that. In the remake, especially with us all so much more conscious of our impact on the environment, Final Fantasy VII needs to give its flowers the respect they deserve.