Still, while a FFVIII Remake is the thing I live in hope for, by golly does the new four-minute trailer for its wildly popular predecessor look exciting. There's Red XIII! Cross-dressing Cloud! Hojo! Some questionable dialogue! Lots of horrible Shinra execs! Summons! More of that gorgeous battle music! And someone called Aerith? Time to get HYPED.

Cor, what a thing. Wasn't that exciting? I'm particularly enamoured with the new Uematsu-composed theme song "Hollow" that plays in the first half of the trailer. That sounds rad, and the chorus sounds like it has some lovely little musical nods to other FFVII motifs, too. Really, though, I'm all about that re-orchestrated battle music in the second half of the trailer. Man alive does that get the blood pumping.

There is, I'll admit, some rather cringe-worthy lines of dialogue on display in the new trailer (seriously, who walks round with an antique tea cup complaining about having run out of butter?), but that scene in the Honeybee Inn is just... as the man says, perfection. I am very much looking forward to conversing with everyone when I'm walking around as dour cross-dressing Cloud. I also love that they managed to make him look like a buttoned up Victorian governess while Tifa and Aeris (sorry, AeriTH) are strutting around in backless cocktail dresses that look like they're ready for a night on the town. And Red XIII! What a legend. The Shinra execs may have some truly terrible dialogue, but at least we can count on him for some sage words of wisdom.

Tifa looks like she'll be a blast to control in battle, too. I thought she did a most excellent Sonic impression around the 3.10 mark when she was battling against Jenova - if her command menu is anything to go by, could that be her "Whirling Uppercut" attack? Either way, she is, and will always be, my favourite. Aerith, on the other hand, can waft and twirl straight into the bin. Not interested. 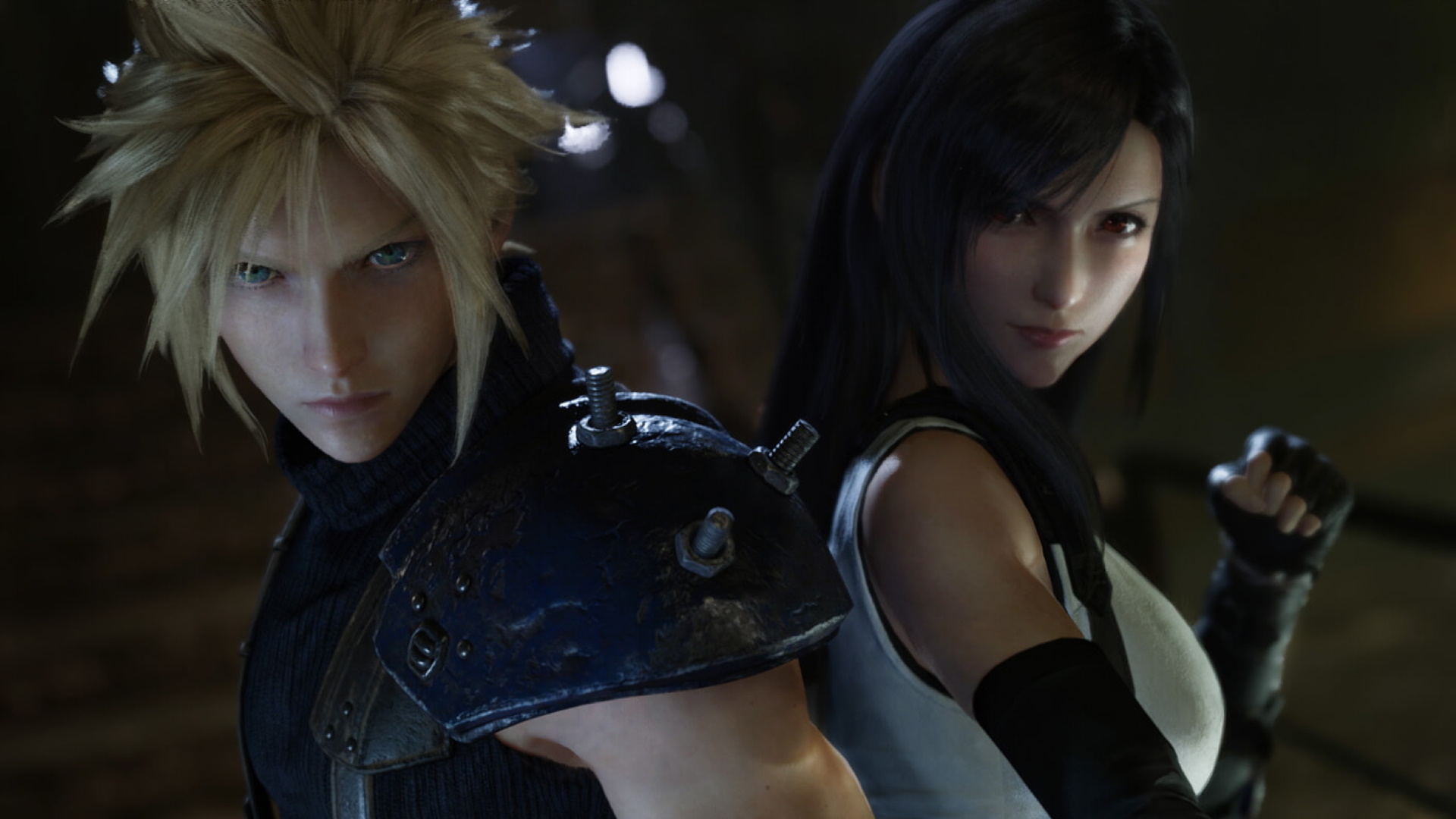 I didn't get a chance to play as Tifa when I tried the Final Fantasy VII Remake at EGX last year, as the bombing mission demo only let you control Cloud and Barret. Still, its mix of real-time Final Fantasy XV-esque sword-slicing and Final Fantasy XIII-style staggering mechanics proved to be a potent combination, making each battle a lot more thrilling and dynamic than the turn-based battles of yore. Like FFXV, enemies roam in plain sight, only here you can switch between different members of your party to make use of their respective abilities, such as Barret's long-range gun arm when enemies move out of reach of Cloud's buster sword.

If that sounds like sacrilege, then you'll (hopefully) be pleased to know that battles aren't completely real-time, either. When your ATB bar is full, for example, time grinds to a halt as you decide which of your character's special abilities to deploy, making it easier to scroll through the battle menus mid-fight. Time doesn't stop completely, mind - everyone just goes into super slow-mo mode - but it still gave me enough that all-important thinking time without making me feel like I was being completely overwhelmed by what was happening onscreen. Indeed, when my demo session came to an end, I was buzzing for more. The music, the battle system, the gorgeous character models... all of it left me well and truly pumped for the final game.

Of course, we don't know whether Final Fantasy VII Remake is even coming to PC yet, although the fact that Square Enix have confirmed that it will only be a timed PlayStation 4 exclusive for a year gives me hope that we'll eventually see a proper Windows Edition of the game sometime in 2021 a bit like they did for Final Fantasy XV. I'll probably still dust off my PS4 to play it in April, because, let's face it, I'm not going to be able to wait an entire year to potentially play it on PC, but if a PC version does get announced, you can bet your bottom dollar I'll be playing it all over again come 2021.

This post was brought to you by the RPS supporter program!