B is for Bakerloo bugbears 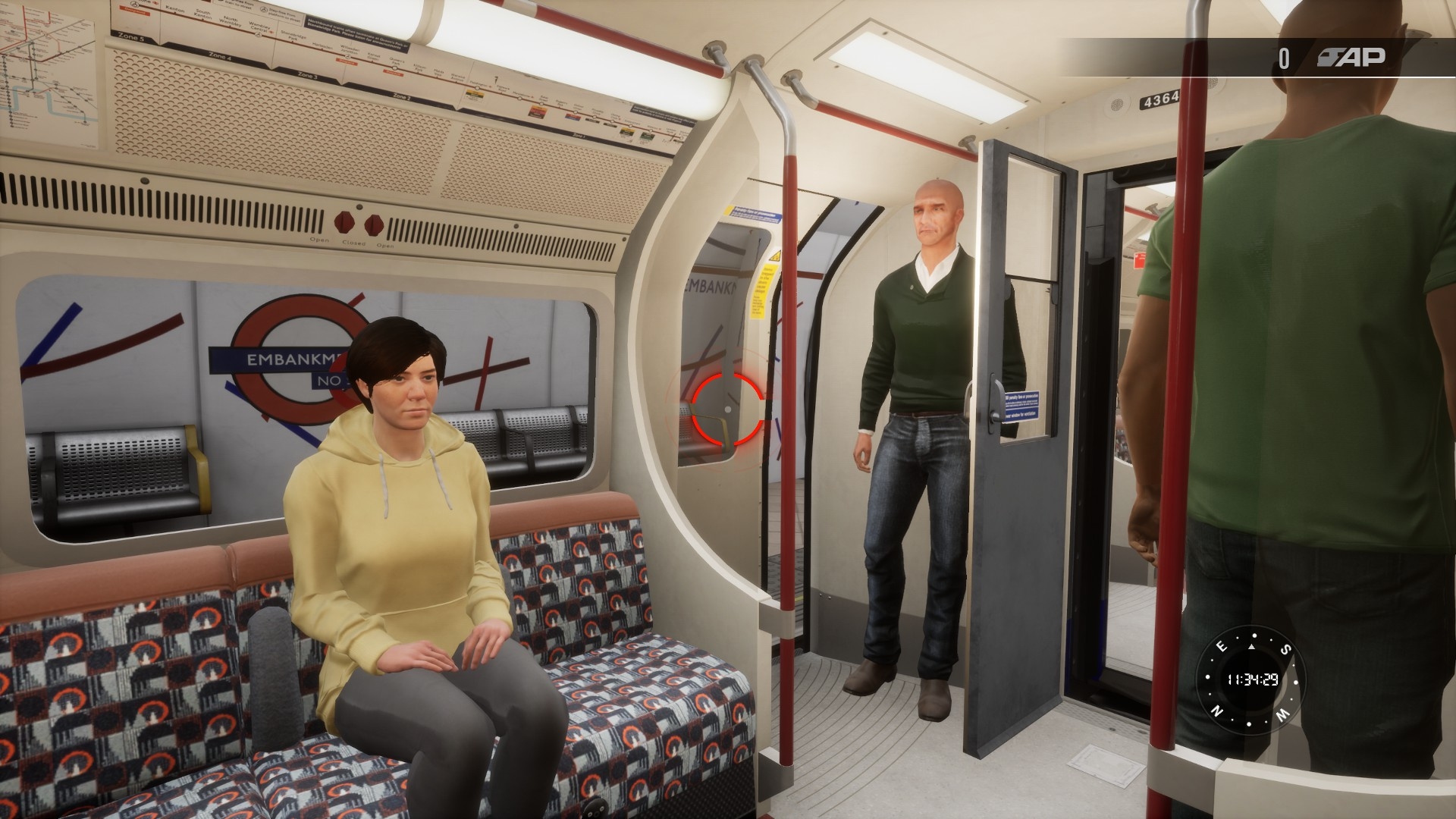 Releasing your rail sim two days after one of the most highly anticipated flight sims of all time deploys its thrust reversers, is a risky marketing strategy, especially when the rail sim in question - Train Sim World 2 - supplants a predecessor that arguably had plenty of growing still to do. My urge to try the TSW2's Bakerloo Line has been dulled somewhat by forum talk of weak audio, pitch-black tunnels, and trespass-happy passengers, but there's still a slim chance next week's Flare Path will be subterranean.

C is for Call me Nathan

REMEX didn't have the funds or the expertise to develop a pilot model for Deadstick from scratch so purchased this one off the shelf. As tasselled scarves and whirling props don't get on, belt-suspended ice axes can play havoc with aircraft upholstery, and bush pilots seldom need assault rifles, the chap underwent some modifications before taking to the sky for the first time.

D is for Discrepancies detailed

Predictably perhaps, FS2020's airliners are garnering less praise than the sim's scenery, weather, and GA aircraft. This video made by an actual Airbus pilot helps explain why.

E is for Exit strategy 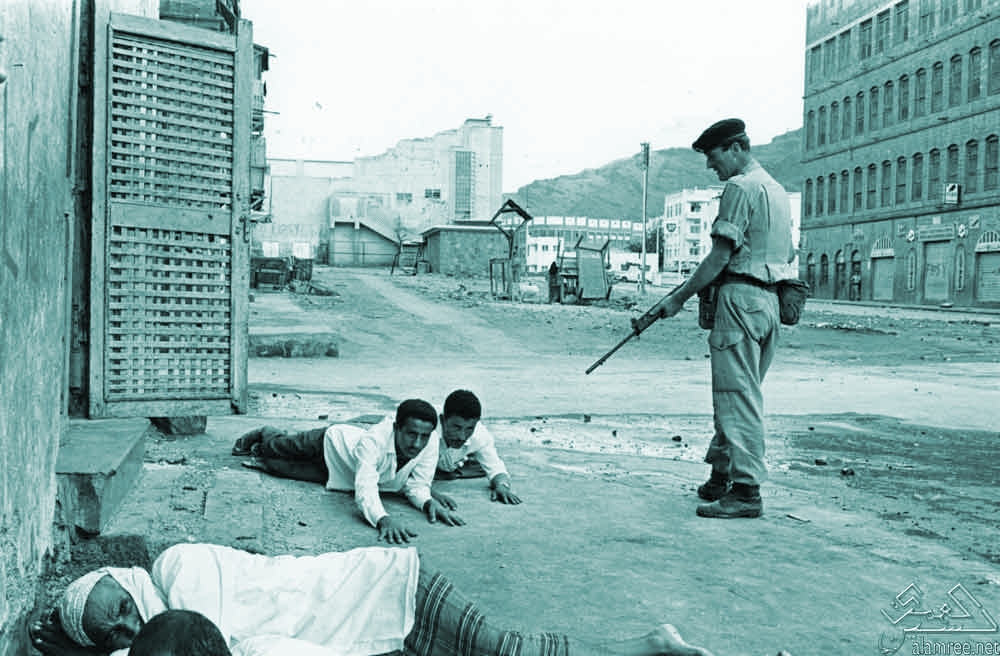 After playing them for nigh-on forty years I'm a tad weary of empire-building games. Just for once I'd like to play a strategy game about dismantling an empire rather than forging one. The British Empire post-WW2 is the obvious candidate. Too impoverished to maintain a meaningful military presence east (and south) of Suez, and facing unstoppable nationalist movements just about everywhere, it would be the player's job to de-pink the globe as painlessly as possible. Score points for maintaining political influence and stability in the colonies you quit. Lose them for leaving chaos and dead squaddies and civilians in your wake. 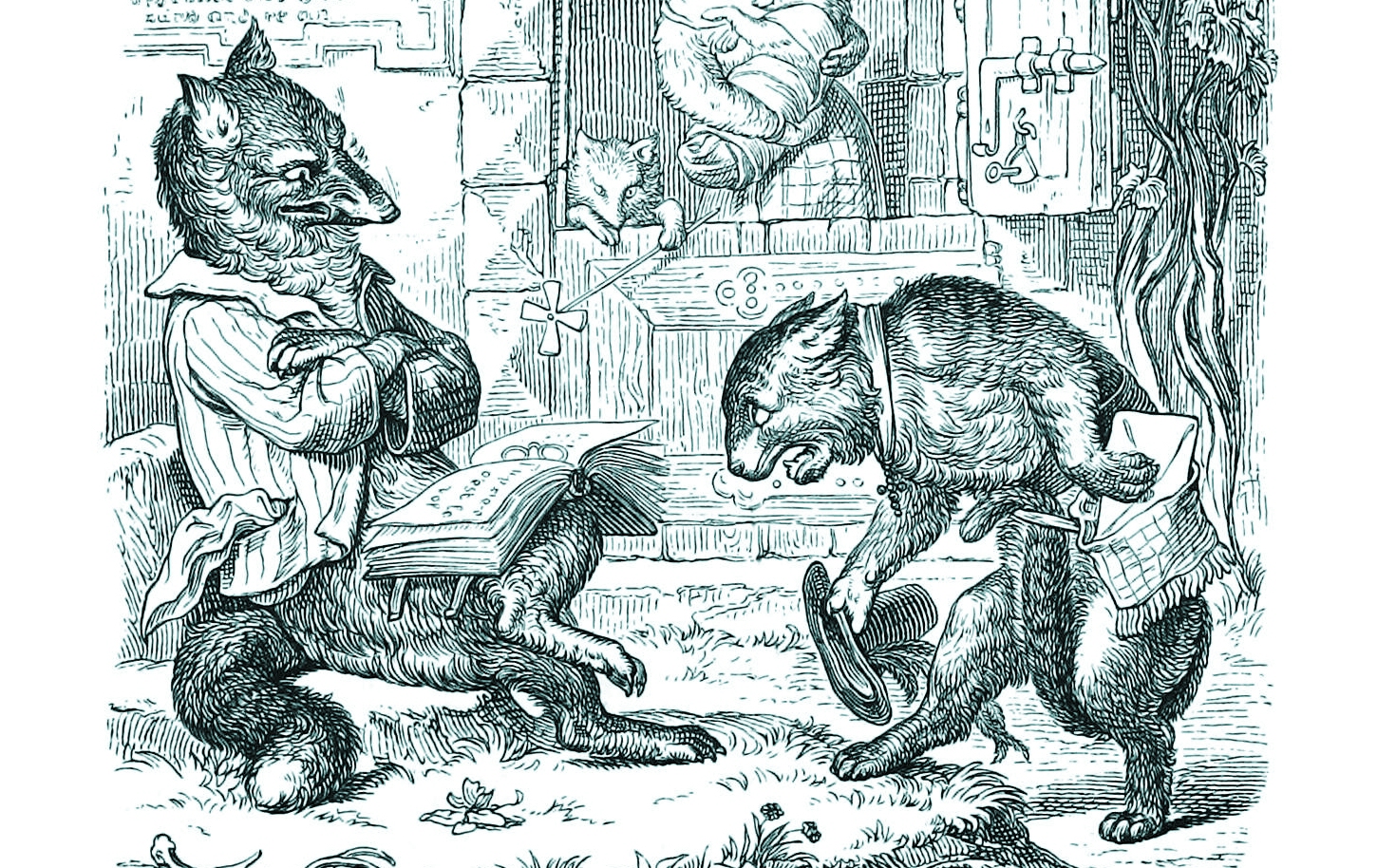 G is for Greek sequel 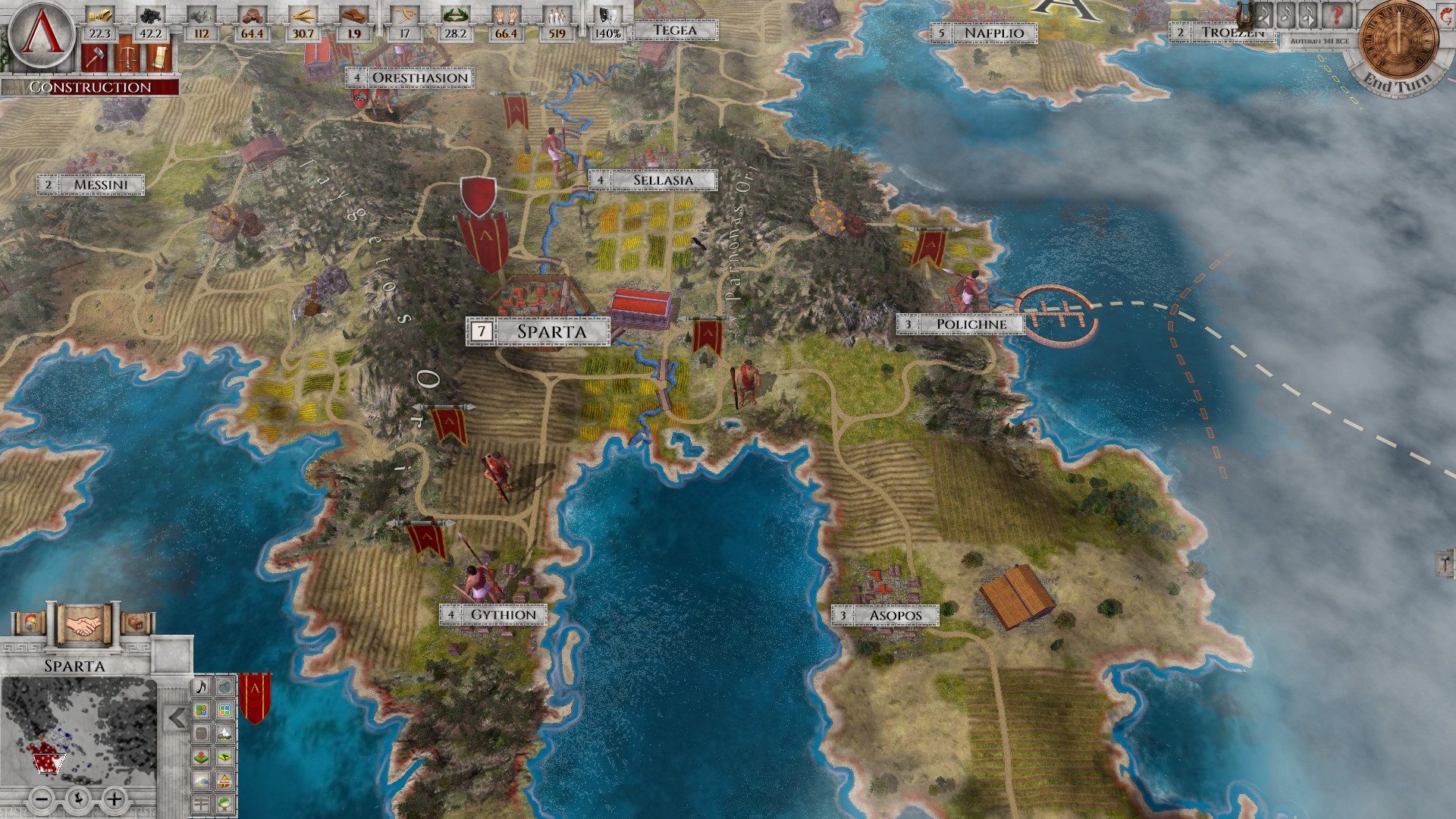 Playing Aggressors: Ancient Rome, a Czech-made 4X, back in 2018 “I found myself hankering for a few heroes and villains – some humanity to lubricate the game’s wealth of nicely meshed systems.” Judging by the sequel's feature list, Kubat Software may have been listening. Imperiums: Greek Wars comes with generals and quest-partial heroes, in addition to other improvements like enriched diplomacy, extra building types, and new slavery and corruption mechanics.

H is for Holding back 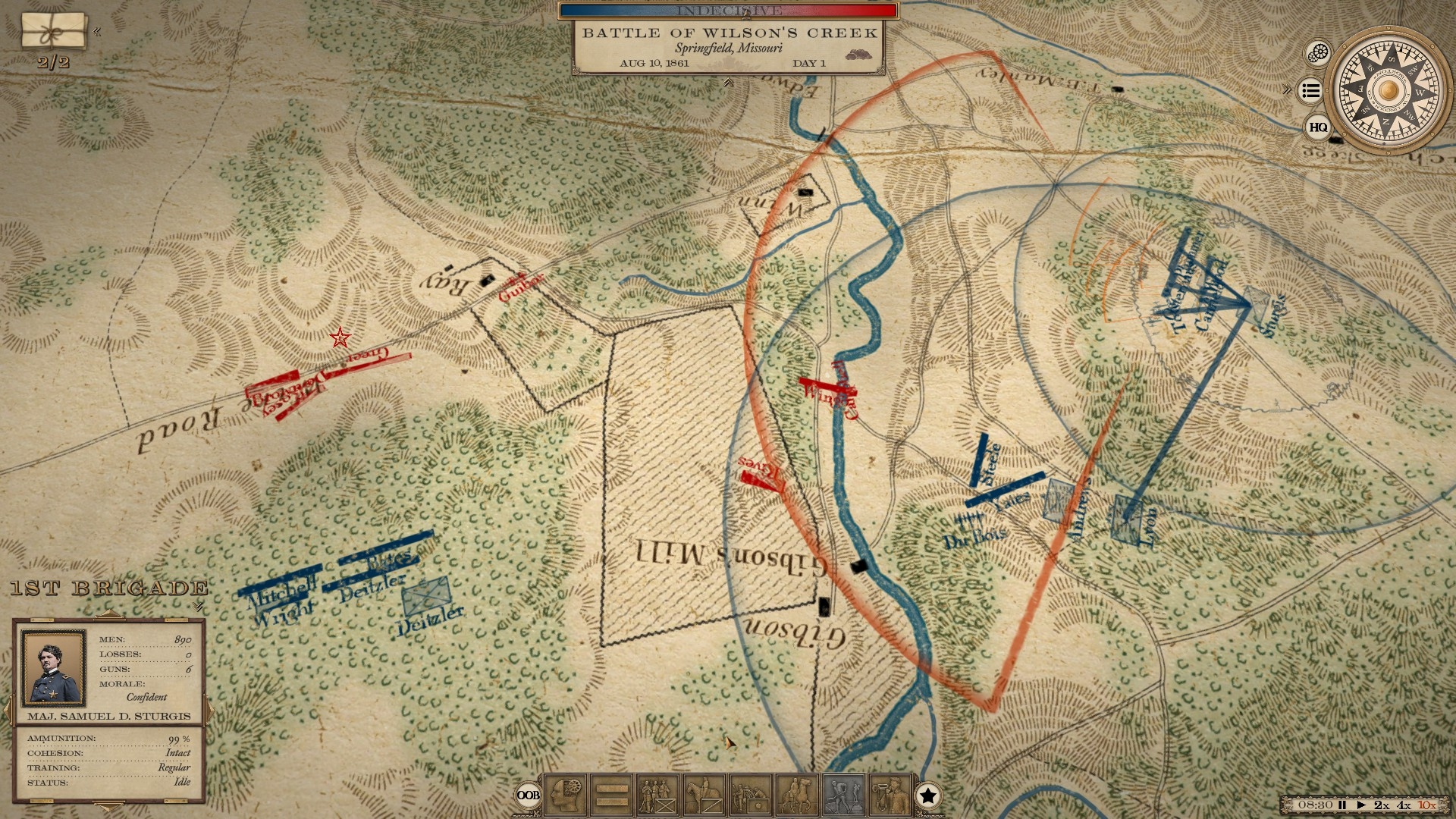 Deterred by reports of bugs and poor strategic AI, I've not embarked on a Grand Tactician campaign yet. What I have tried is a couple of the historical battles. Although both engagements were pleasingly dynamic and relatively easy to manage, neither were rich in spectacle or entirely free of questionable AI antics such as oddly aligned lines and shuttling retreaters. Because GT's tiny sprites and jerky unit movement discourage zooming, I spent much of my time choreographing forces from the handsome map view.

I is for If you go down to the woods today

J is for Jackanory

If Sunday Paperers can get away with posting favourite tunes, I reckon I can get away with linking to top-notch radio plays and documentaries now and again. Inspired by the Laconia Incident, The Long Lonely Voyage of U-395 is a perfect way to while away those long watches in Silent Hunter and UBOAT.

K is for Keener Kilos

Modders are doing incredible things to Killerfish's corking Cold War sub sim Cold Waters. Amongst other things Epic Mod adds new audio, campaigns, and weaponry (Those are wake-homing torpedoes wreaking havoc above) and sharpens AI. You don't even have to sun-dodge anymore if you don't want to. Prototype campaigns for surface vessels are included.

L is for Lethal & lovely

Judging by that vid and this progress report...

...the DCS Hind is a) not a million miles away, and b) likely to bring back lots of happy memories for those of us raised on DI's Hind.

M is for Missing museum pieces 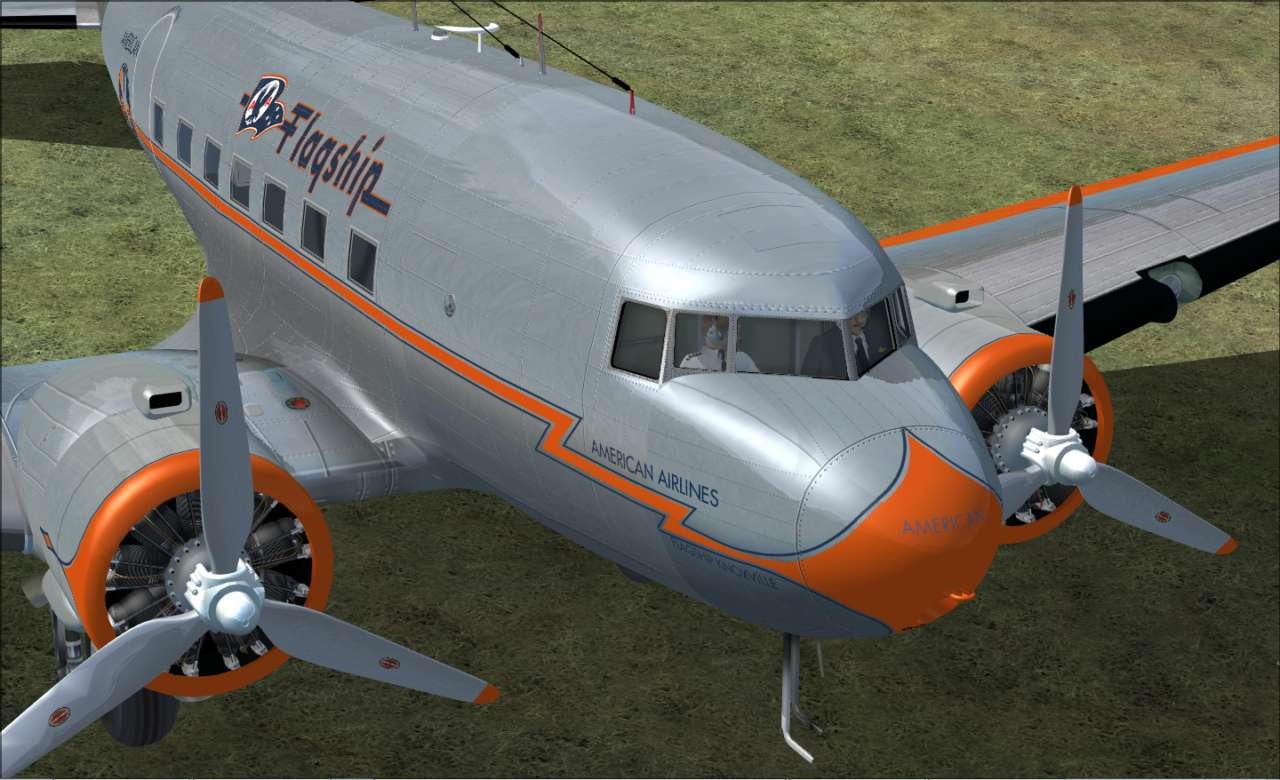 If you're an armchair aviator partial to the antique and eccentric, the FS2020 flyables list makes for slightly disappointing reading. Yes, third-party devs will, I'm sure, quickly provide vintage airframes, but surely Asobo could have put something powered by a Pratt & Whitney Wasp or a de Havilland Gipsy in the base sim.

N is for Not convinced by naysayers 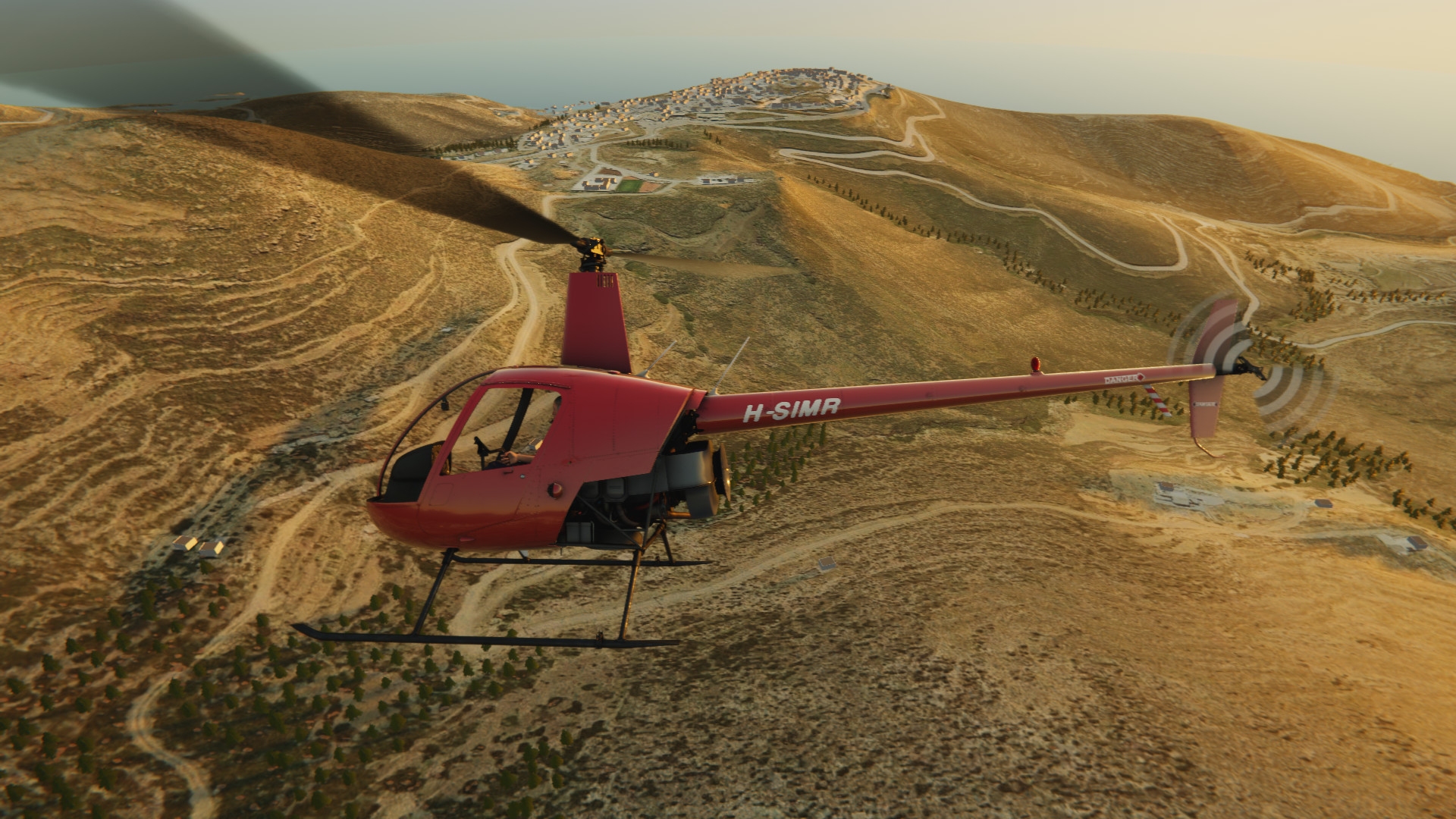 Maïtis Guayroso has responded bullishly to criticism of Helicopter Simulator's “ultra-realistic flight physics”. Users who feel the FM is flawed have, thus far, failed to convince the developer that's he's got his maths wrong. The creator, and happy Early Accessers, highlight the fact that most virtual choppers seriously downplay the challenge of rotary wing aviation.

O is for OSINT 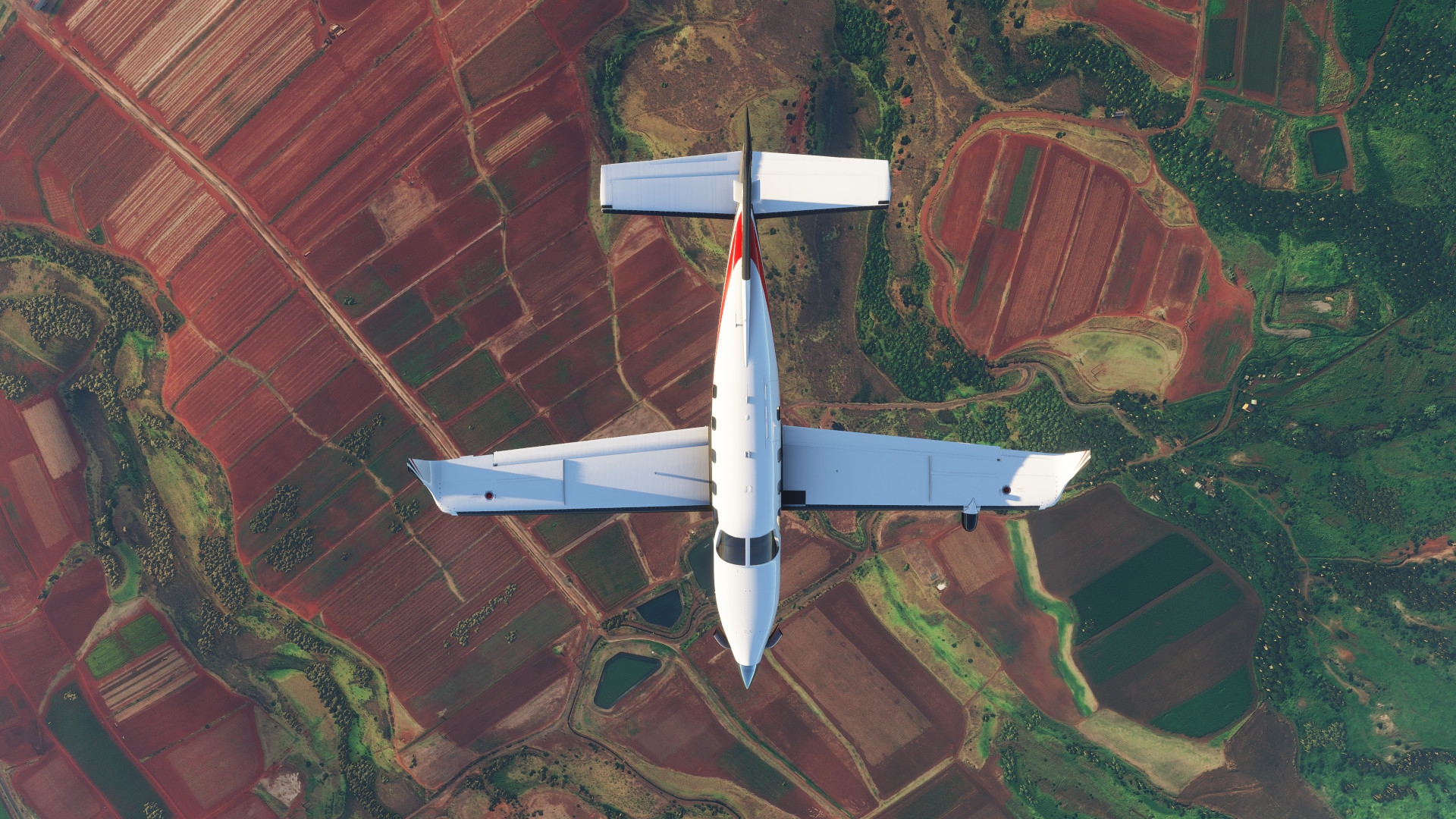 While most have been trotting the FS2020 globe in search of the spectacular, familiar and bizarre, one man has been checking out war zones, detention centres and deforestation sites. An OSINT-reliant sleuth rather than a dark tourist, Giancarlo Fiorella was interested in the sim's potential as a research tool. Could FS2020 help organisations such as Bellingcat geo-locate war crime and child abuse loci delicti? Possibly, but Blackshark.ai flaws are likely to limit its usefulness.

P is for PzC2 vs PzM

Panzer Marshal's latest campaign is three times the size of Panzer Corps 2's and 100% cheaper. While I've recreated the Wehrmacht's 1939 tank rushes countless times, I can't recall the last I bundled the Brits out of Burma, India and the Middle East with Japanese forces. 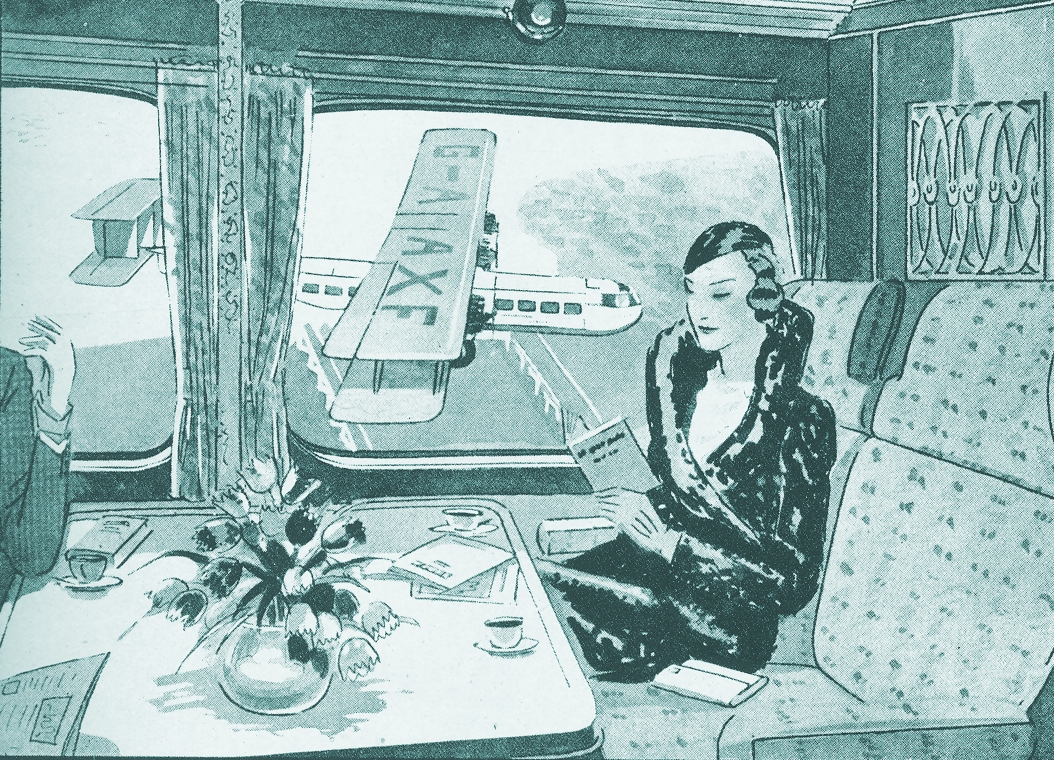 R is for Ramblewhack sim

Most of the 1300+ people who've rated PGA Tour 2K21 during its first week on Steam seem willing to overlook the game's US-centricity and lack of an LPGA option. The sim has enjoyed a 'Mostly Positive' reception despite the dearth of links courses and lady ramblewhackers.

S is for Shock Force on Steam!

“We do want to be on Steam. Aside from the real risk of it killing us, what’s there not to like about it? As soon as we figure out how to stack the risk/reward equation more in favor of reward than risk, you’ll see Combat Mission on Steam. Not before.” (Steve Grammont of Battlefront.com, June 2018)

Combat Mission available through Steam - the writing has been on the wall for a good two years. What we didn't know until early this month was that Battlefront had finally found a way around this issue: “Steam had 7,600 new game added last year alone, many of which are listed in the same categories we fall under even though they are vastly different games. Therefore, to get noticed we’d have to hire someone to manage and market our games within Steam, which means we have to sell even more games just to break even”. Surrey strategy magnates Slitherine will be handling the Steamification of BFC's back catalogue. Combat Mission: Shock Force 2, the title that powered last year's communal CM marathon, is to be first to exit the AAV.

T is for Tornado time machine

An X-Plane Tornado GR1 functions as a Proustian madeleine in this insight-rammed vid. The chap at the controls - a serving RAF flight instructor - hasn't flown a Tonka for thirteen years but almost everything comes flooding back during a high-speed, low-level jaunt around the Scottish Highlands. 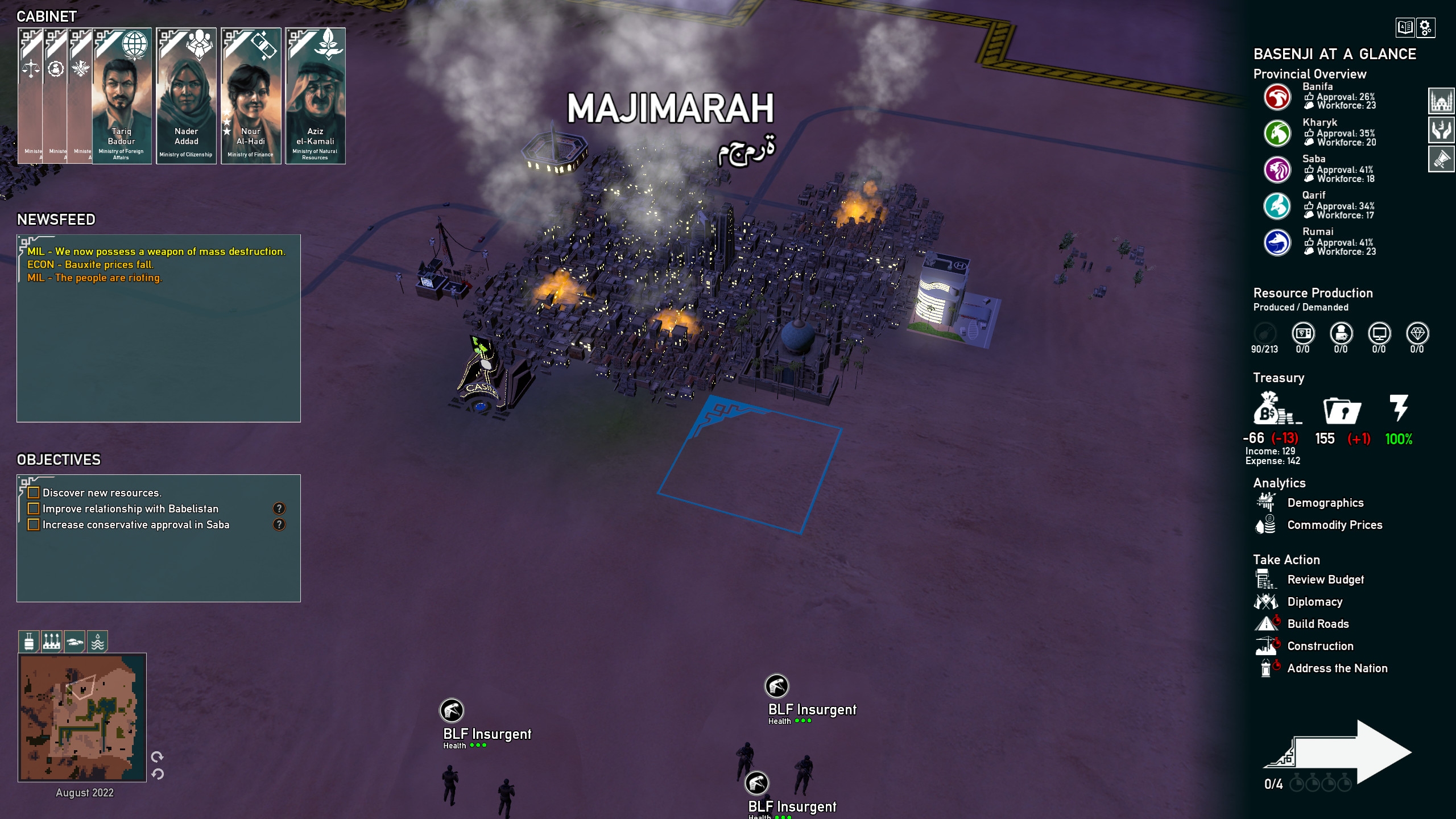 If Rebel Inc: Escalation and The Arab Republic of Taghia tickled your boat or floated your fancy, the chance that Rogue State Revolution (ETA 2021, demo released today) will leave your float unfancied or your tickle unboated is infinitesimally small.

V is for Vain hope

PlayWay, is it too late to rethink/relocate Magnet Fishing Simulator? I'm convinced MFS would work better as a Tank Mechanic Simulator adjunct (Fill display cases with relics plucked from chilly Eastern European ponds and rivers!) than a standalone curio.

W is for Women aloft 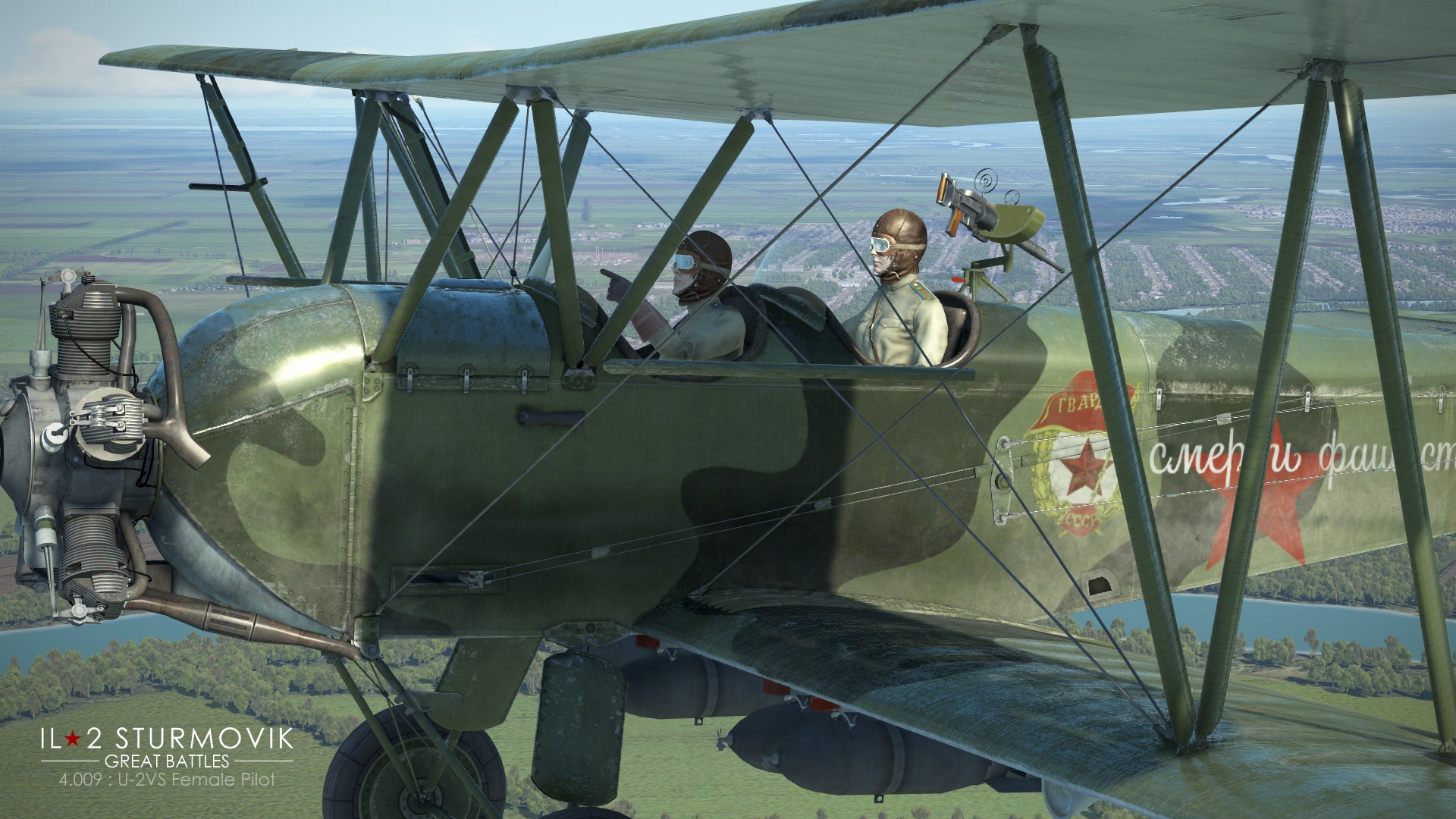 Pilots of the IL-2 Sturmovik: Battle of Stalingrad U-2VS and Yak-1 can now fly with female avatars if they wish to. 1CGS have yet to explain why the option doesn't extend to other types like the Il-2 and Pe-2.

X is for Xpert touch

Struggle to land virtual aircraft at Lukla, the "most dangerous airport in the world"? Watch and learn.