A is for Additional ants. Covered regularly in The Flare Path's outdoorsy sister column The Garden Path, Empires of the Undergrowth has sufficient hexagons, realism, and warfare to feature in this one from time to time too. Yesterday's update certainly warrants a mention. The largest content injection since Slug Disco's myrmicine management RTS entered Early Access, the Leafcutter Update adds a new ant species, numerous extra foes, plus Ecuadorian rainforest environments. The ingenious Leafcutters are militant farmers. They carry leaf pieces into their nests then use them to cultivate a nutritious fungus.

B is for Bonus for Brylcreem boys

Until a couple of weeks ago, flying RAF fighters in Wings Over the Reich meant flying the homely Hurricane. Thanks to a free update that also fixed bugs, added skins, tweaked the campaign, and improved terrain, you can now frustrate Goering in the most famous WW2 cloud cleaver of them all.

C is for Canary capturing

Unity of Command 2 has a lovely take on stragglers, those battered remnants of beaten units that in most wargames serve only as distracting annoyances. Capture enough of them (movement through hexes occupied by stragglers will consume an extra movement point or two) and they'll furnish intel. Enemy units in nearby Fog of War will be revealed.

D is for Duplicated displays 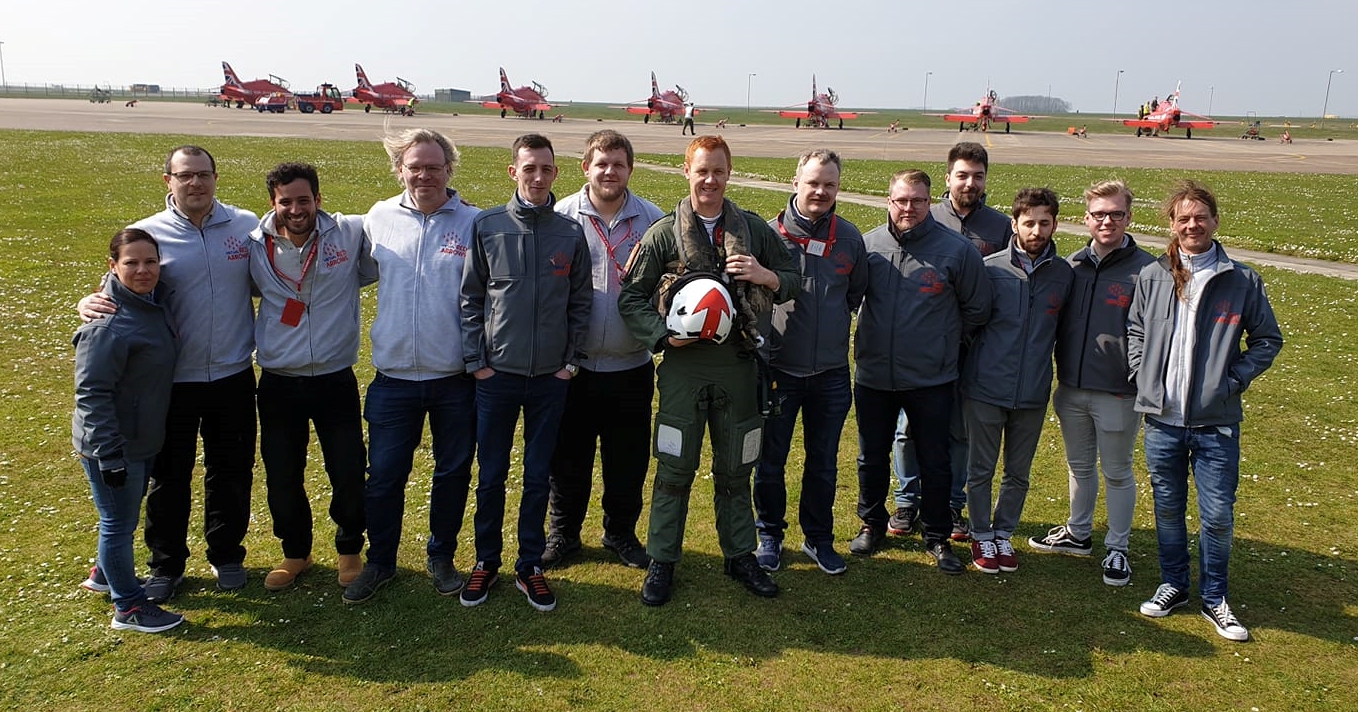 The Virtual Red Arrows have been skillfully reproducing Red Arrows routines in events like VFAT for years but until this month had never had any formal contact with their inspirations. On the 8th of April the simmers finally met the simmed. Invited, along with their sponsors Thrustmaster, to spend two days at RAF Scampton, the pilots of the VRA were given a behind-the-scenes tour and a private display. Later the visitors returned the favour by performing for their hosts using their sim of choice, DCS World.

E is for Echoes of Silent Storm? 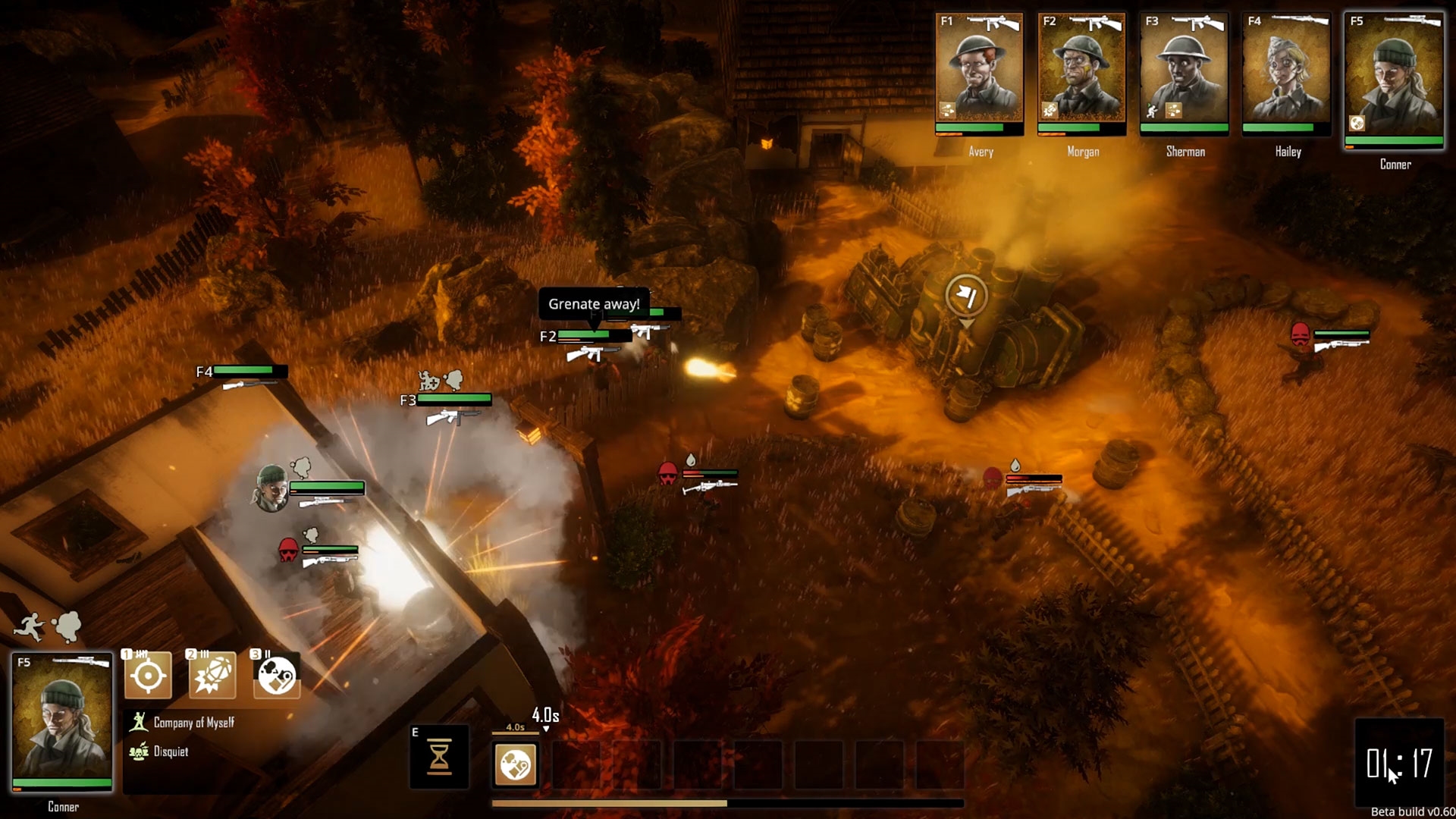 Expect some more extensive Broken Lines lines in a future FP. Although there are no signs of dynamically-demolished brickwork or explosion-elevated cadavers in the screenshots, I'm hopeful this WW2 team tactics title inspired by X-Com, Frozen Synapse, and Banner Saga, has what it takes to scratch my ever-present Silent Storm itch.

This week's co-op brainteaser is a hexagonal wordsearch with a hidden theme.

G is for Guerrilla gulf 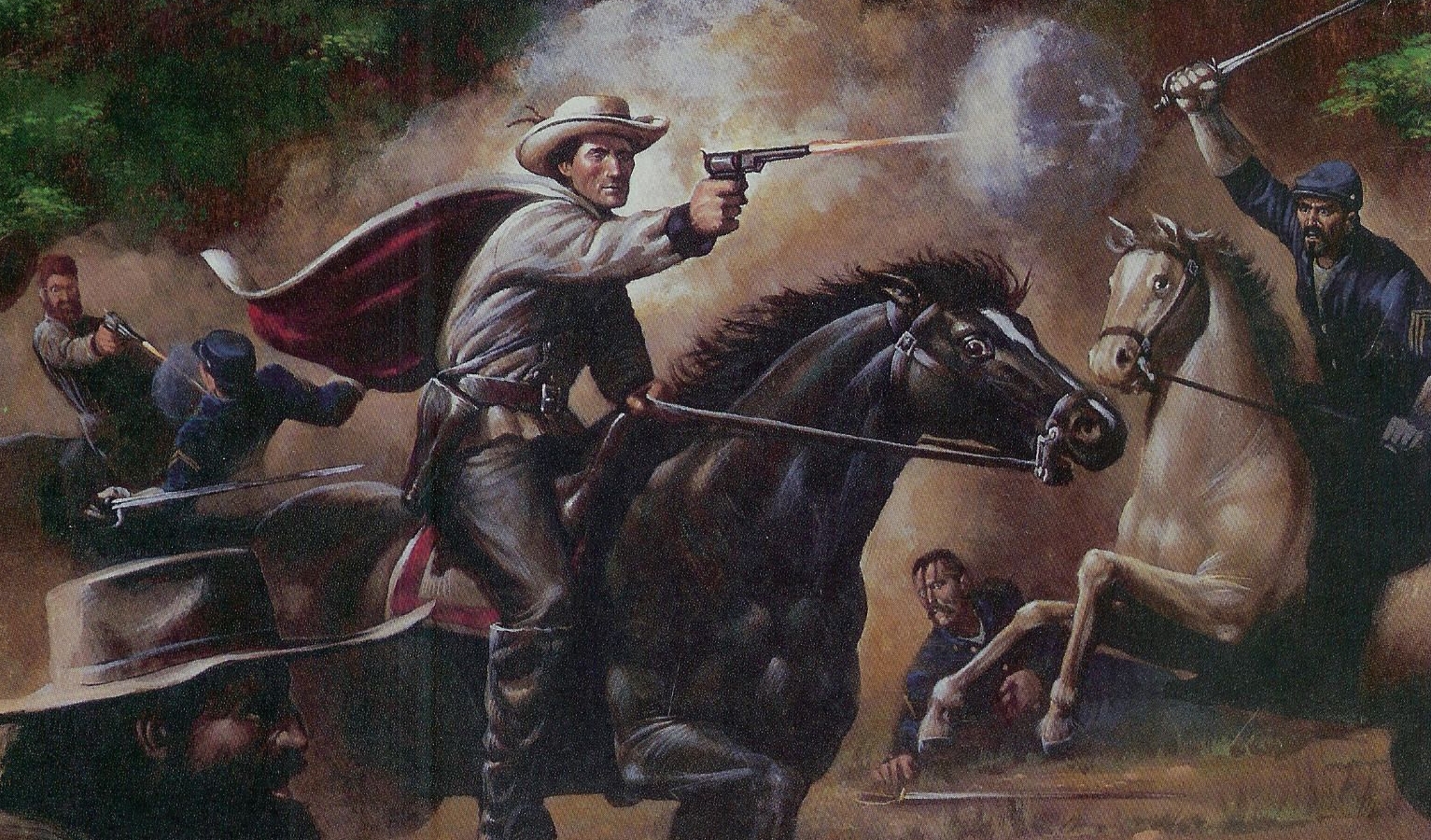 Where are all the computer wargames focussed on guerrilla warfare and partisan ops? When the most attractive option for a PC gamer interested in historical behind-the-lines havoc is a Tabletop Simulator version of a 34-year-old solitaire board game, it's pretty clear something is amiss.

H is for High drama 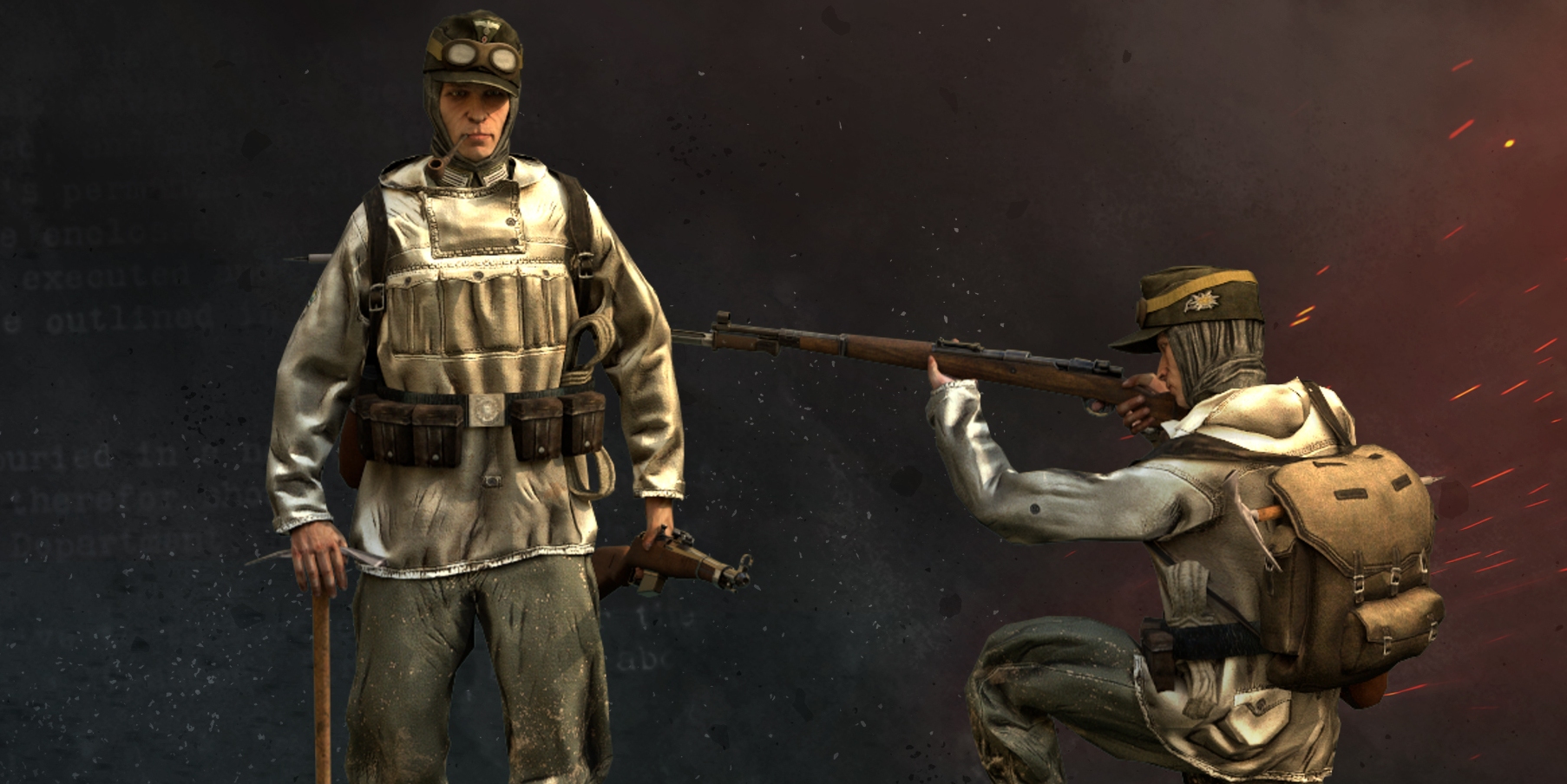 Do we really need more Men of War? Don't answer that question until you've read what Barbed Wire Studios have to say about one of the more unusual missions in the upcoming Gates of Hell. With levels based on real Eastern Front battles and locations, and weapon capabilities modelled as realistically as possible, GoH should be the most convincing Gem engine title yet.

I is for Insensitivity 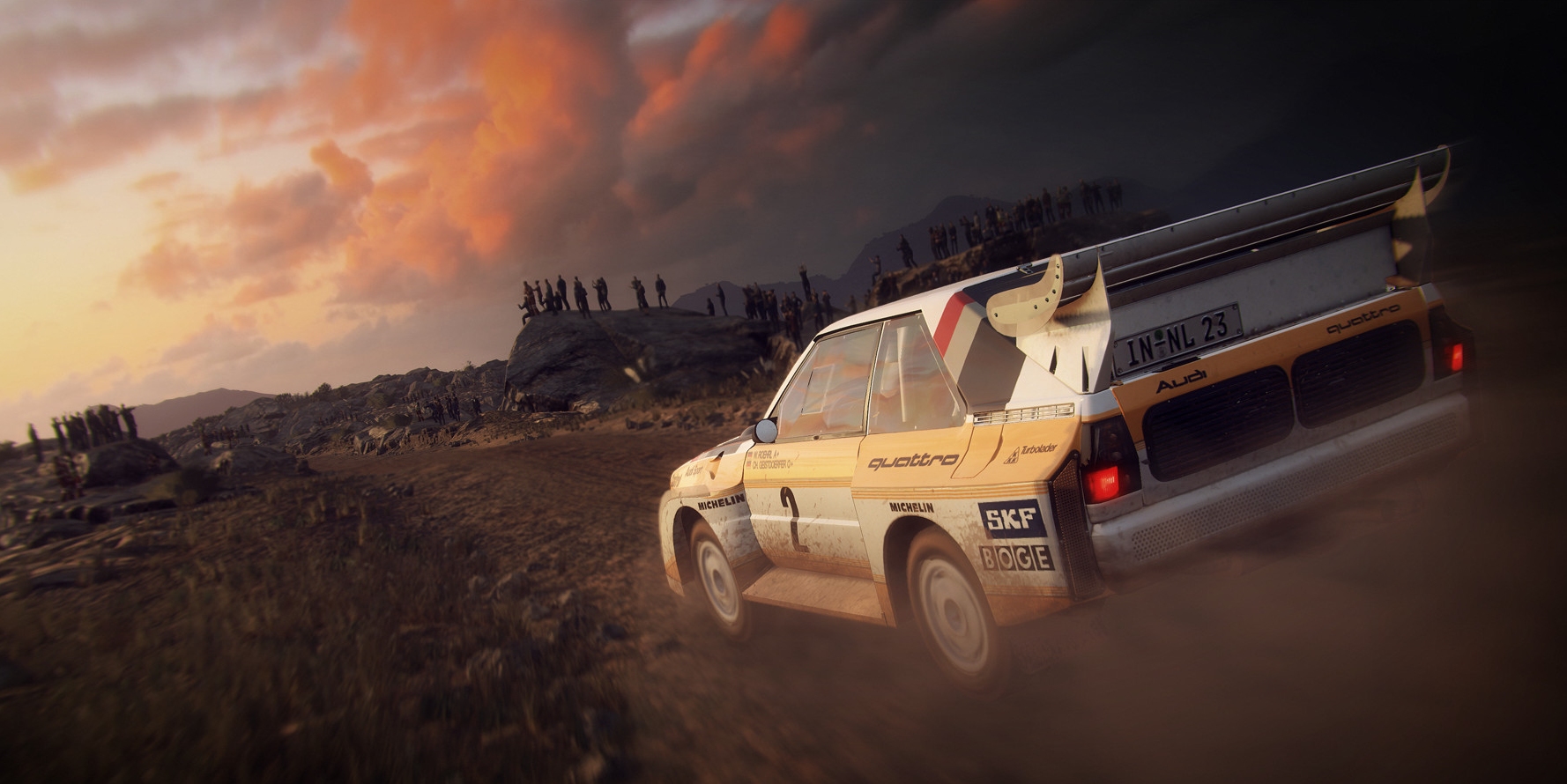 The latest Dirt Rally 2.0 update has done nothing to placate wheel owners unhappy with the game's current Force Feedback implementation. If there are insurmountable technical reasons why Codies can't put a “DR1-style FFB” tickbox on the setting screen then they really need to explain that to the portion of their customer base who 'felt' road surfaces in DR1 yet feel nothing or next-to-nothing in DR2.

J is for Jan's the man

The first Fantasy General II vlog inspires confidence. Owned by Gravity's Jan Wagner has worked on a fair number of fantasy strategy titles in his time, and seems willing to abandon aspects of FG1 in pursuit of more logical, legible goblin-bashing. News of a dynamic campaign or a really unusual playable faction would magnify my interest, of course.

K is for Kill or be killed 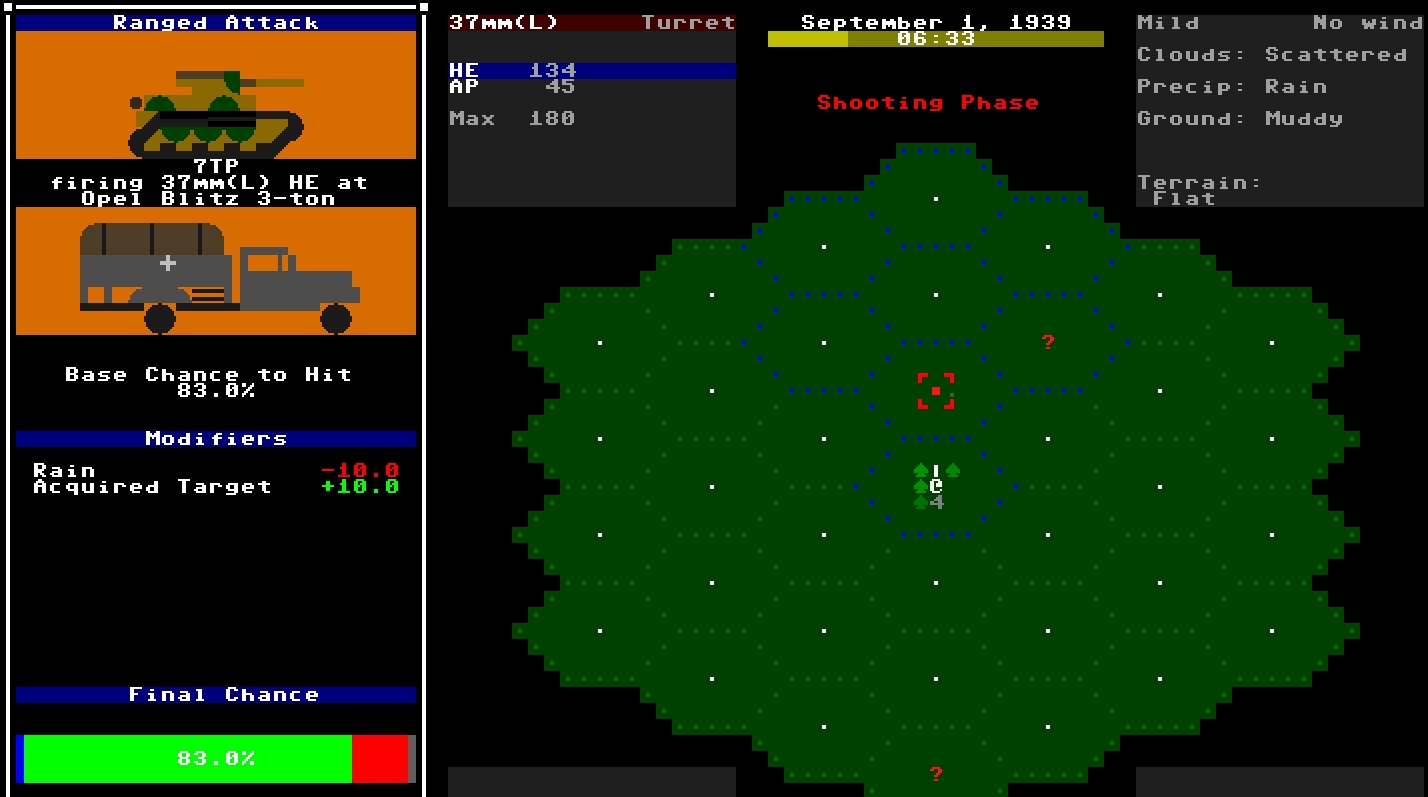 L is for Latvia next? 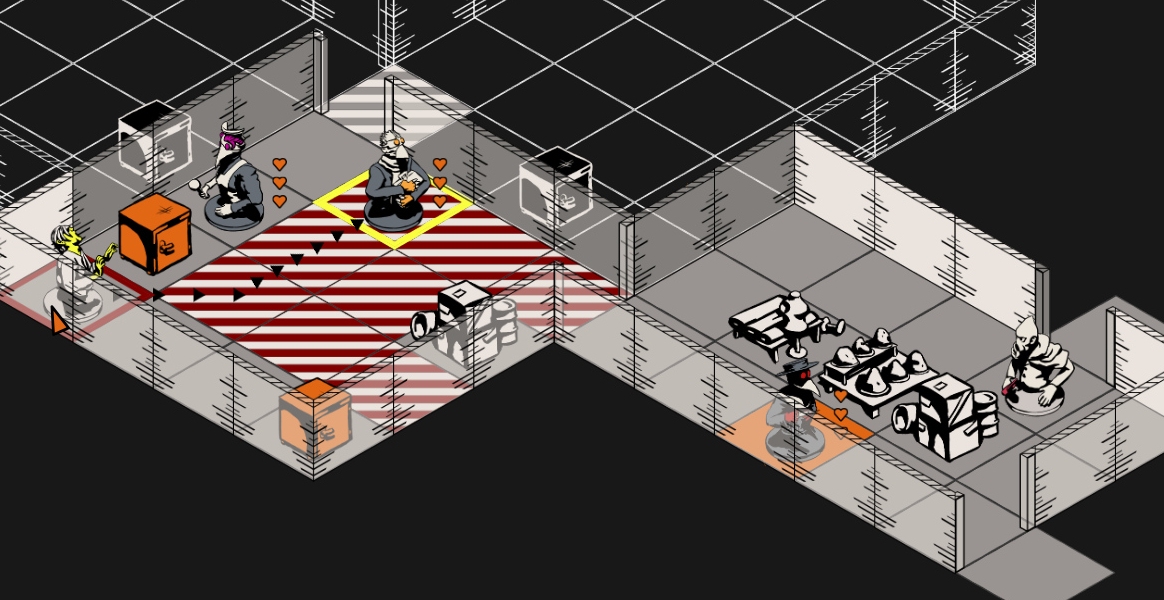 Now tactical cure-em-up Plaguepunk Justice is done and dusted, Māris Ozols', the man behind beautifully themed patience game Comrades and Barons, tells me he may return to ludologising Baltic history. A “real wargame about the Latvian War of Independence” is one of the projects he's considering.

M is for May missed 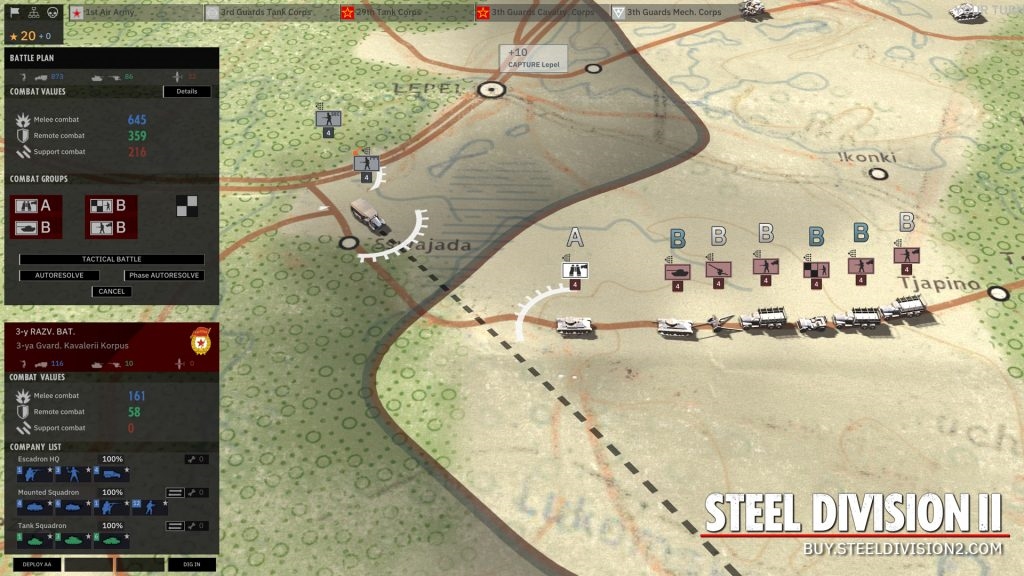 Steel Division 2's tactical layer seems to be in fine shape, but the strategic stratum above it – the mappy meta-game that triggers scraps – needs more work, hence a second release date adjustment. The Panthers and Tigers are now set to leave their laagers on June 20 (standard edition) rather than May 2.

N is for Narrowboat noobs 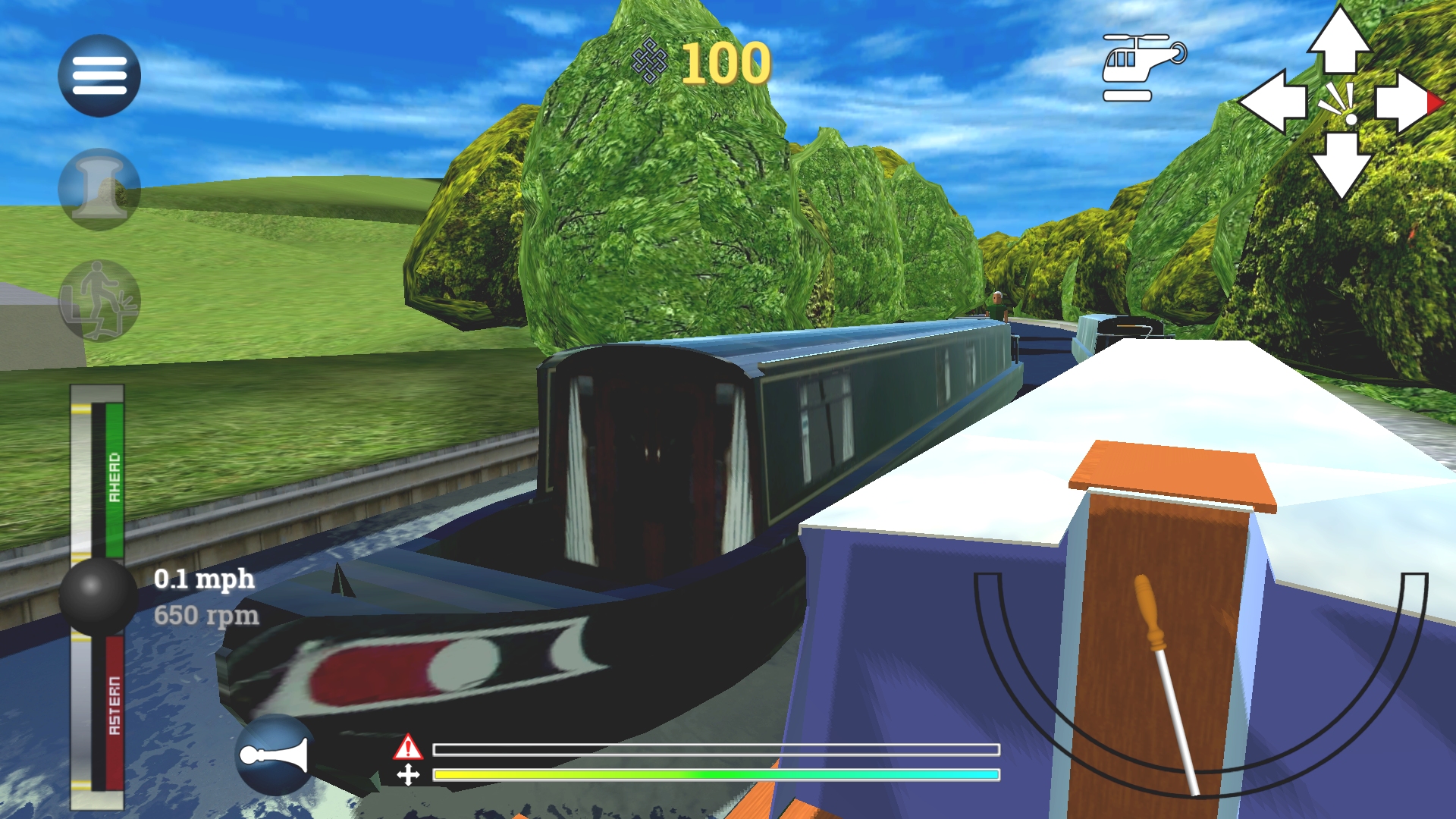 While a party of non-drivers can't hire a minibus and spend the day pottering about on the M25, a group of people with zero narrowboat experience, can (I speak from experience) hire a canal craft and spend the day biffing banks, locks, and fenders on one of Britain's myriad canals. In the run up to the release of today's 1.7 beta (a beta that introduces AI boats, currents, propwash effect, and the sim's first real-world map, Pontcysyllte) the maker of the increasingly lovely Narrowboat Simulator, not entirely confident his AI narrow boaters could cope with all eventualities, warned users to be on their guard for the odd accident-prone amateur.

O is for Other aviators 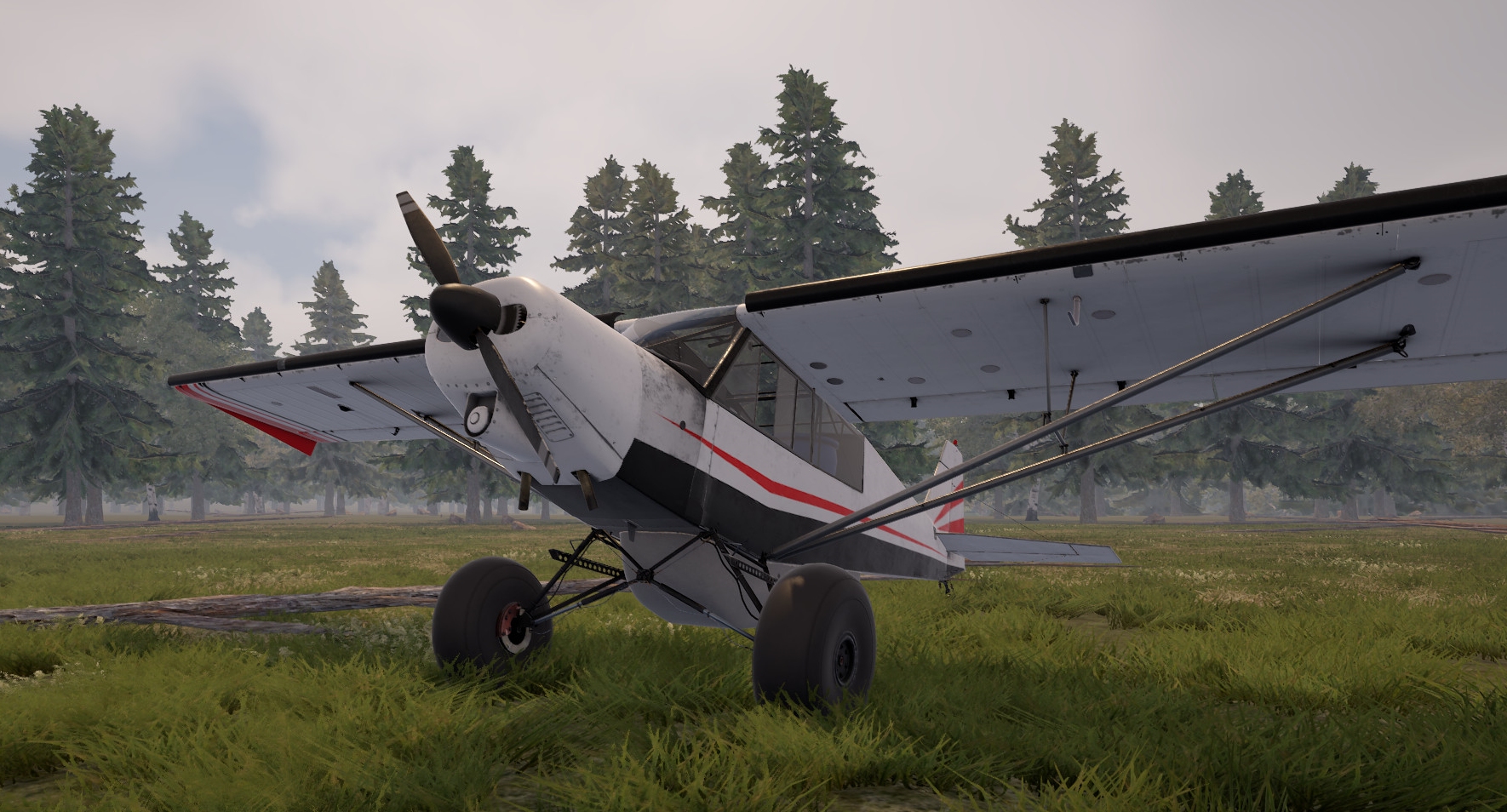 Although the extensive Chris Cheetham interview in the latest issue of PC Pilot covers similar ground to my own, it contained information about Deadstick's multiplayer approach that was new to me. Eventually REMEX's bush pilot sim will feature two distinct mingle modes. In the first you'll be able to see and communicate with other players but cargo exchanges won't be possible. Somewhat further off, the second mode will allow groups of friends to collaborate, perhaps even share cockpits.

P is for Periscope depth

Persuaded that neither Wolfpack or UBOAT offer exactly what he wants from a Type VII sim, one www.subsim.com regular is building an alternative. It's early days yet but Uboat Simulator is already demonstrating some singular qualities. I've not seen a dev devote more time to deep-simming a Type VII's diesel engines, that's for sure. 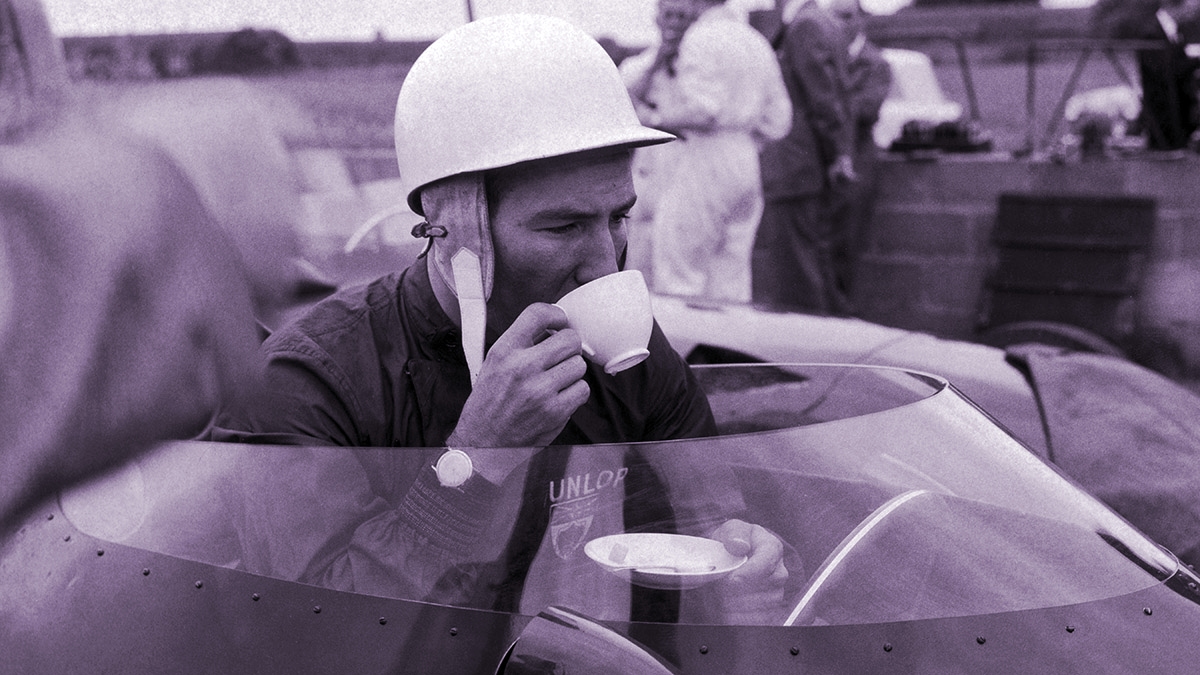 R is for Rousing rhetoric 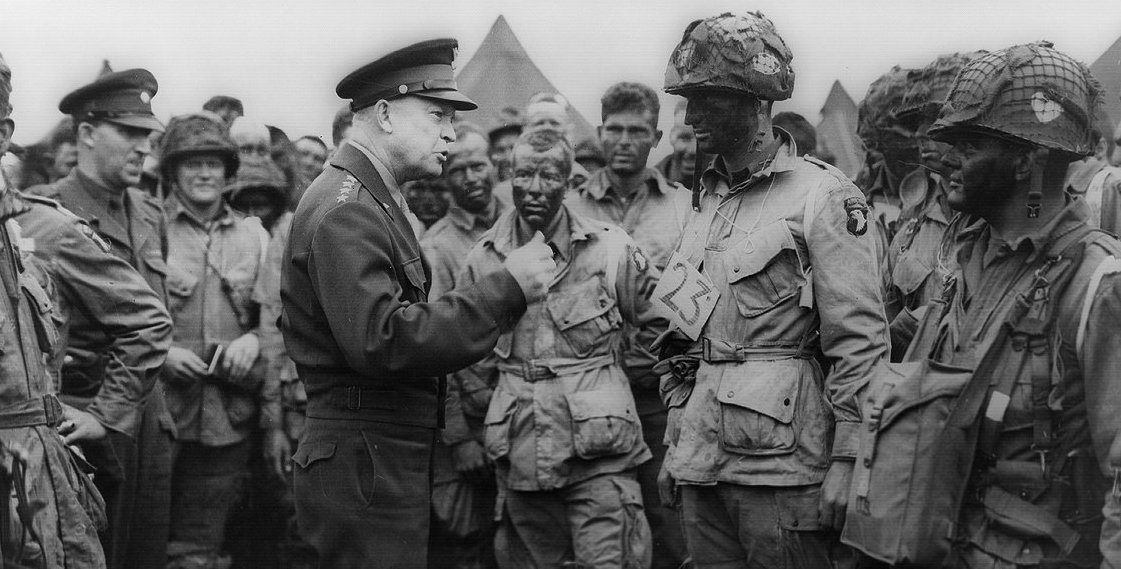 In upcoming command sim Burden of Command your choice of words is going to be just as important as your choice of hexes. As the latest dev blog explains, inspiring warriors with sage/stirring pre-battle speeches is far from simple. If your words aren't a true reflection of your character, then your troops will realise it and treat them with the disdain they deserve.

S is for Shipping soon 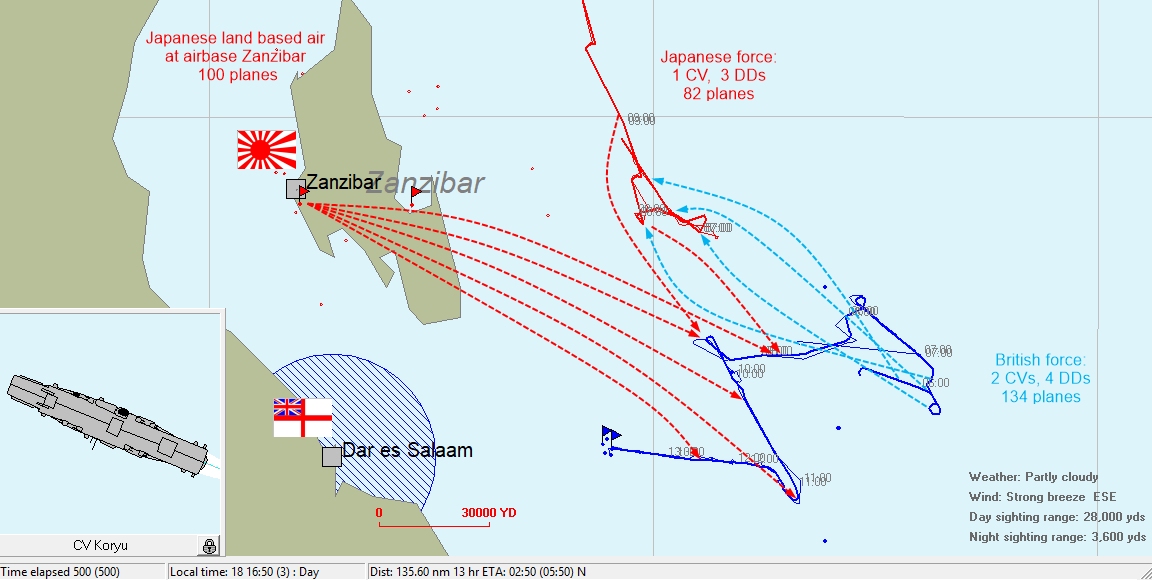 The presence of new-fangled gadgets like aircraft and radar should ensure Rule the Waves II plays very differently from its predecessor. Delayed a few weeks by storefront issues (the game will only be available through Naval Warfare Simulations) RTW2 is now set to arrive on May 17. Hopefully, the demo, due a few days earlier, will give series newcomers a taste of all aspects of play. Blending the tactical (battles), the strategic (politics), and the creative (ship design) was something the unprepossessing RTW did brilliantly.

T is for Trench truths 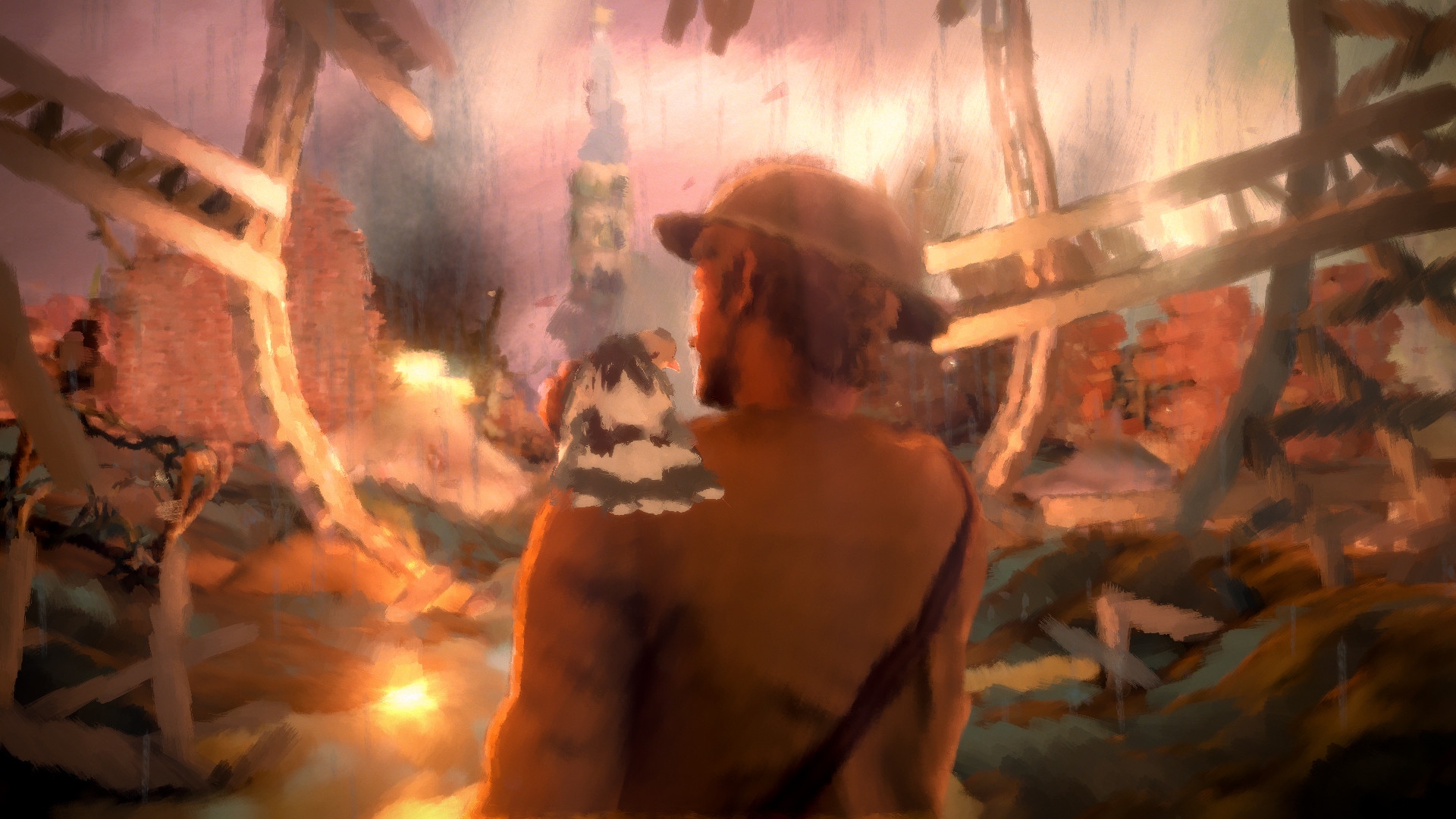 The carrier pigeon bringing news of 11-11 Memories Retold to Flare Path HQ must have ended up under a pie crust, as I've only just learnt of this “emotional narrative adventure” set during the Great War. Judging by the “Very Positive” Steam reviews and the presence of Aardman Animations, Elijah Wood, and Sebastian Koch in the credits, I'm in for more a memorable weekend's gaming. I'll share some thoughts next Friday.

U is for Urban unpleasantness 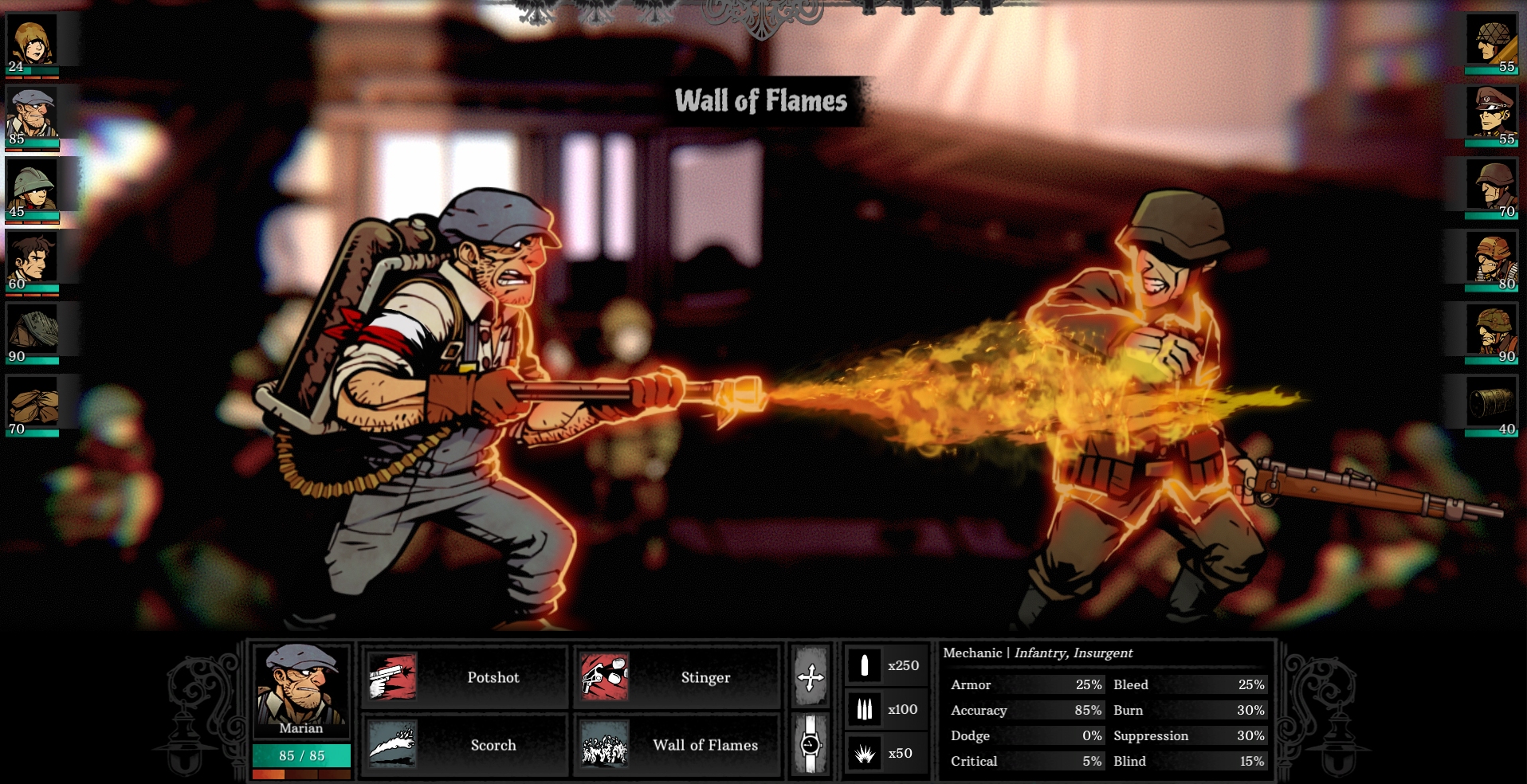 Proud to be the critic who likes games about the Warsaw Uprising that almost everyone else dislikes, I'm looking forward to giving Warsaw a hearty pat on the back this autumn whatever the rest of the world thinks. The “turnbased tactical RPG” looks to have no interest whatsoever in wargamey stuff like cover and morale, but the setting and art appeal, as does talk of civilian encounters, accidental allies, and non-linear gameplay.

V is for VTOL VR

Chris Frishmuth's VR flight sim of choice isn't DCS World, IL-2 Sturmovik BoS, or Aerofly FS2. It's a sim "built from the ground up exclusively for virtual reality" by a single individual. One and a half a years in the making, this hefty Mudspike review of VTOL VR is a must-read.

W is for Wheelchair friendly

Bizarrely, Lotus-Simulator, an Early Access public transport sim that, at present lacks fundamentals like passengers and timetable support, recently gained its first add-on. München Tram features a 16-stop transect of the titular city (Route 12) plus a tram type, the R2.2b, that hides a natty retractable wheelchair ramp beneath its front doors.

X is for Xcised exits 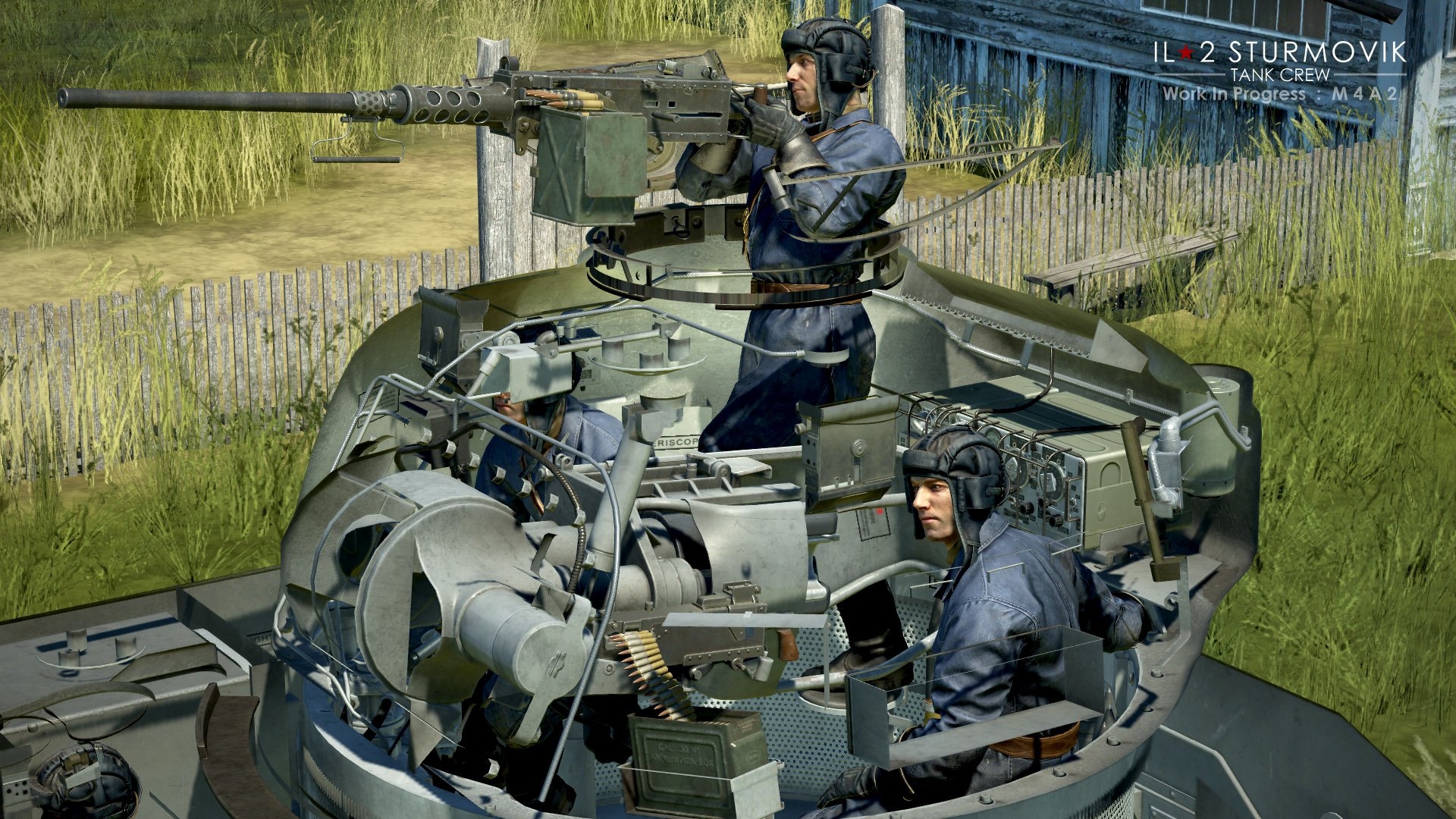 For some strange reason flight and armour sims seem to lose interest in realism the second the player decides to exit a stricken vehicle. Have you ever escaped from a burning tank through a hatch in the floor or had a bail-out attempt thwarted by a plugged-in radio lead? No, me neither. Tank Crew is to feature some impressive interior flame effects, but will, no doubt, allow you to flee those flames with a single key press.

Y is for Yugo first

Friction over Trieste, an accidental airspace incursion, a rancorous fishing dispute... it won't be hard to invent backstories for the skirmishes Armored Brigade's first expansion pack will make possible. The recently announced Italy-Yugoslavia Nation Pack includes a 61km x 61km border map and over 250 1965-91 units including WW2 throwbacks like the SU-100 and M36 Jackson.

Z is for Zoomy zenith

The bikers seem to come out at roughly the same time as the bluebells in my part of the world. Watching leather-bound bullets belt past me on the A34 the other day, my mind turned to Bike Sim Experience, a project aiming to out-realism all of its peers with deep, dynamic physics when it arrives sometime this autumn.