It seems Flare Path's first act of 2020 is to be an act of unkindness. Today – right now in fact – I'm going to hang a millstone engraved with the words “Potentially my Game of the Year” around the neck of a work-in-progress hex wargame with a minuscule budget and almost no pedigree. Said encumbrance will almost certainly hamper the bearer as it hurries towards release (present ETA: “Q2 to Q4”), increase its chances of foundering in developmental mires, and cause its ankles to disintegrate like meringue golf balls if it's ever foolish enough to attempt a parachute jump, but will that stop me? Not on your nelly.

I'm ready to burden Second Front with onerous expectations not because I've played it (I haven't) but because it looks from a distance like a superbly judged mix of several very special WW2 tactical wargames. 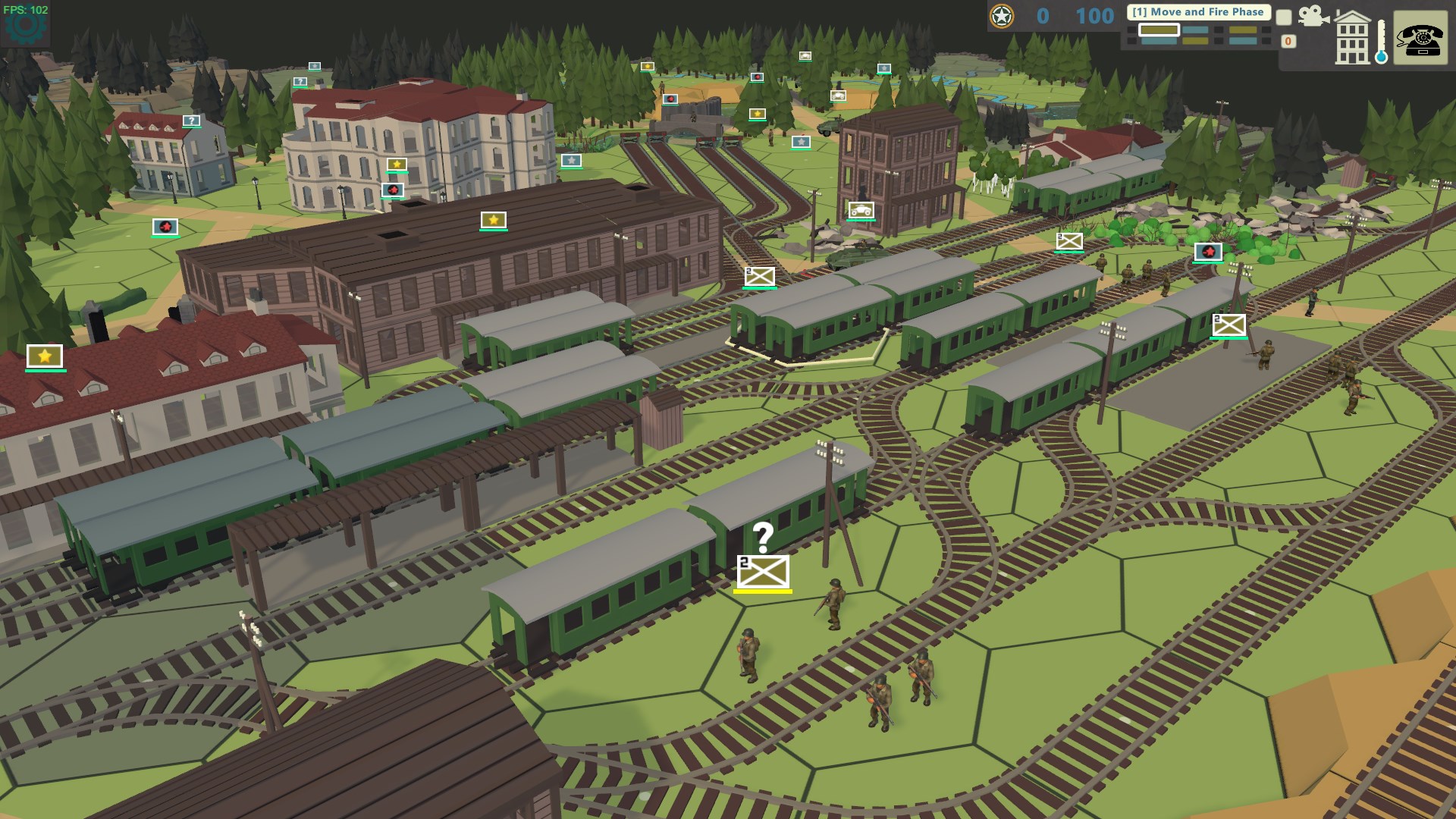 Austrian hexponent Jo Bader seems to want many of the same things from his turnbased, honeycomb-utilising 1939-45 skirmishes that I do. The plausibility, unpredictability and camera freedom of first generation Combat Mission. The detail and drama of the Steel Panthers and Close Combats. The friendliness, legibility and visual charm of the Battle Academies. SF promises all of this and more.

In production since April 2018, SF isn't entirely without forebears. Jo fashioned a popular hexmap creation tool and digitised a light Lock 'n Load board game before embarking on a design of his own. “Tank on Tank is relatively simplistic but it really helped me to work through some of the issues that will make SF a better game.” he told me during a recent email exchange.

Happily, the game's striking, texture-rationed visuals are the result of admirable design priorities rather than limited artistic ability or a shallow desire to stand out from the herd: “It is important to me that detail does not obstruct gameplay. Graphics should show unit status and options, rather than irrelevant details (This isn't a first person shooter)... With the cartoonish low poly style we can produce new units* and terrain features faster and I can focus more effort on gameplay and AI. Fewer polygons gives better performance too. Although the maximum map size is currently set to 150 x 150 hexes, we could theoretically go higher.”

*The game will ship with over 200 types of German, Soviet and US units

Those maps boast features sure to make seasoned Schützen/Sherman shepherds sit up and salivate. Unlike a fair few of its peers, Second Front can do damageable multi-storey structures. It can kindle conflagrations that cross hex boundaries when weather and fuel availability permit. It can provide Panzerkampfwagen VIs with the space they need to thrive and terrorise. For beaches and jungles, it looks like we'll have to wait for DLC (Jo has tentative plans to add British and Japanese forces together with new theatres and environments via payware expansions). For almost everything else Western and Eastern Front, the base game should suffice.

Jo's affection for and familiarity with Advanced Squad Leader shows in a reverential logo and a slightly quirky approach to things like turn structure, unit stacking and tank facing*. While not quite as segmented as ASL's battle chunks, SF's bifurcated turns are phased – foes getting an opportunity to fire in the middle of what is, on paper, the human player's half of the turn. It sounds a little strange but the vids released thus far suggest the structuring won't be difficult to grasp and should desync the tick-tock of traditional IGOUGO engagements nicely.

* Up to three squads can share a hexagon, and AFVs face hex vertices rather than sides 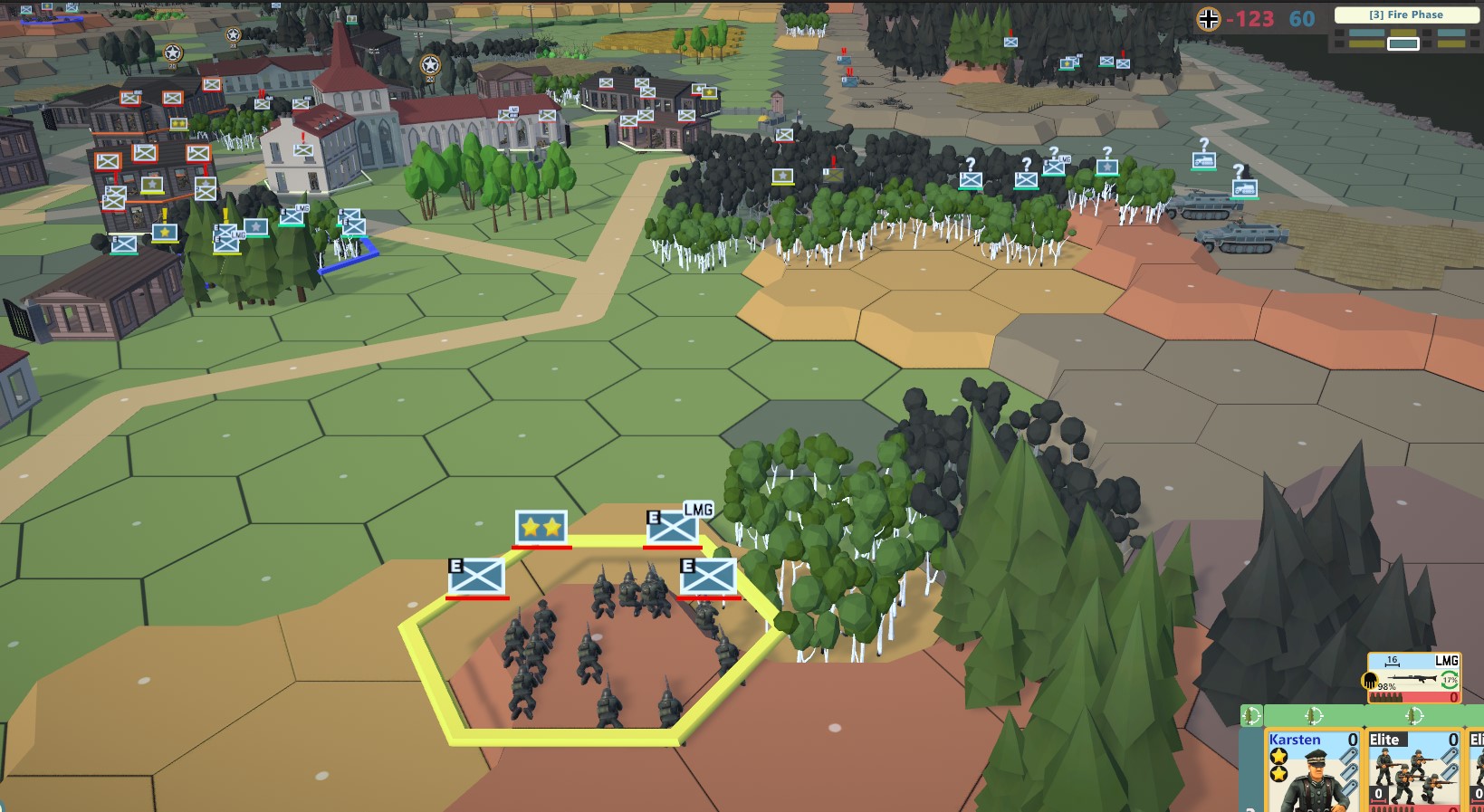 Second Fronters will, of course, spend a substantial portion of their time pondering ponderables such as Line-of-Sight, morale, and armour thickness. With units able to spot and engage enemies up to fifty hexagons away (an HMG's range will be roughly 25 hexes) and vehicles often just one well-aimed shell from extinction, there should be no shortage of tension and plenty of motivation to use cover to the utmost. 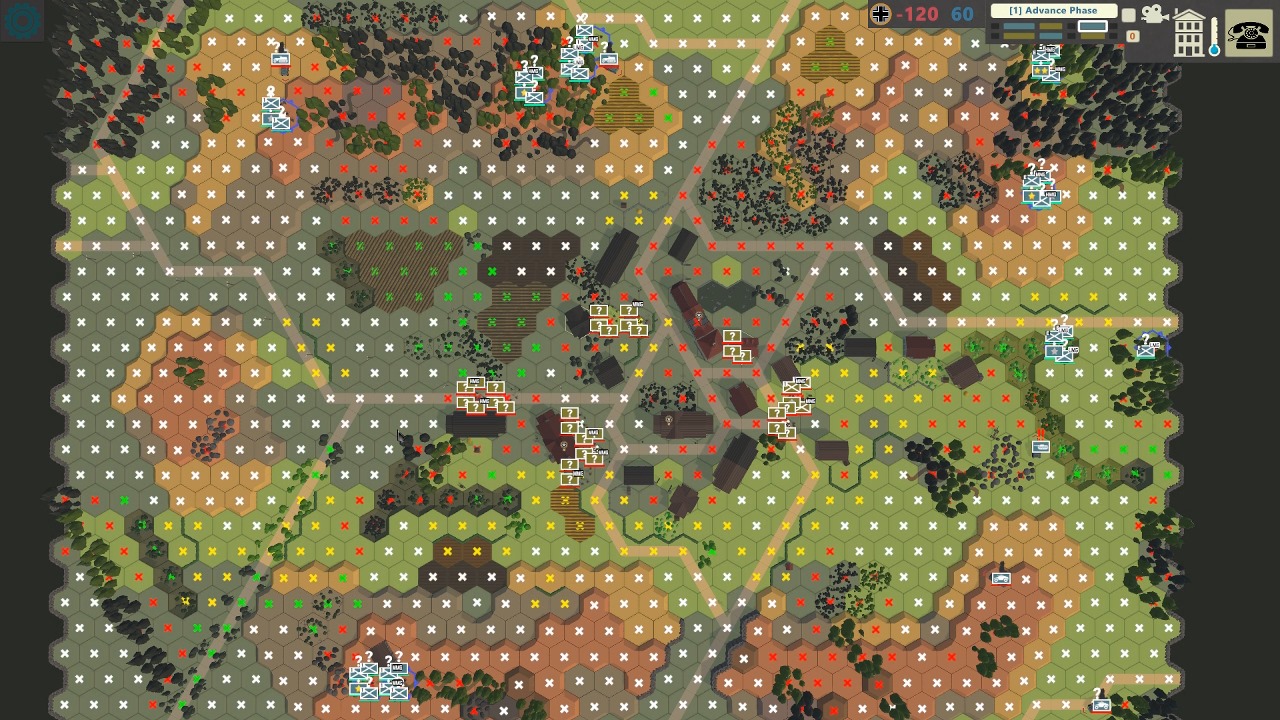 How well foes cope with environments in which a turn's worth of trundling could expose a vehicle to hundreds of new tank and AT-gun hiding places, remains to be seen. A firm fan of free-thinking AIs, I'm encouraged by Jo's response to a question I put to him regarding scripts: “I will not use them. Units are divided into local groups which then have a strategical and a tactical component... Even now when the AI is not fully finished, it already gives an unpredictable experience. No scenario actions are the same after the first turn.” By the sound of it, the plans of these “local groups” will centre on Victory Locations, and be flexible enough to prevent suicidal doggedness: “Smoke grenade dispensers are in development. The AI should be able to retreat slightly to avoid destruction by encircling or superior firepower.”

The bald 'To Destroy' percentages visible in some of the screengrabs are somewhat misleading. Jo is working hard to ensure naked arithmetic doesn't dominate combat. Among mechanics designed to keep players guessing and improvising are uncertain tank damage (Is that holed, motionless enemy AFV kaput or is it merely stunned?) spontaneously generated heroes, loseable leaders, and weapon scavenging. 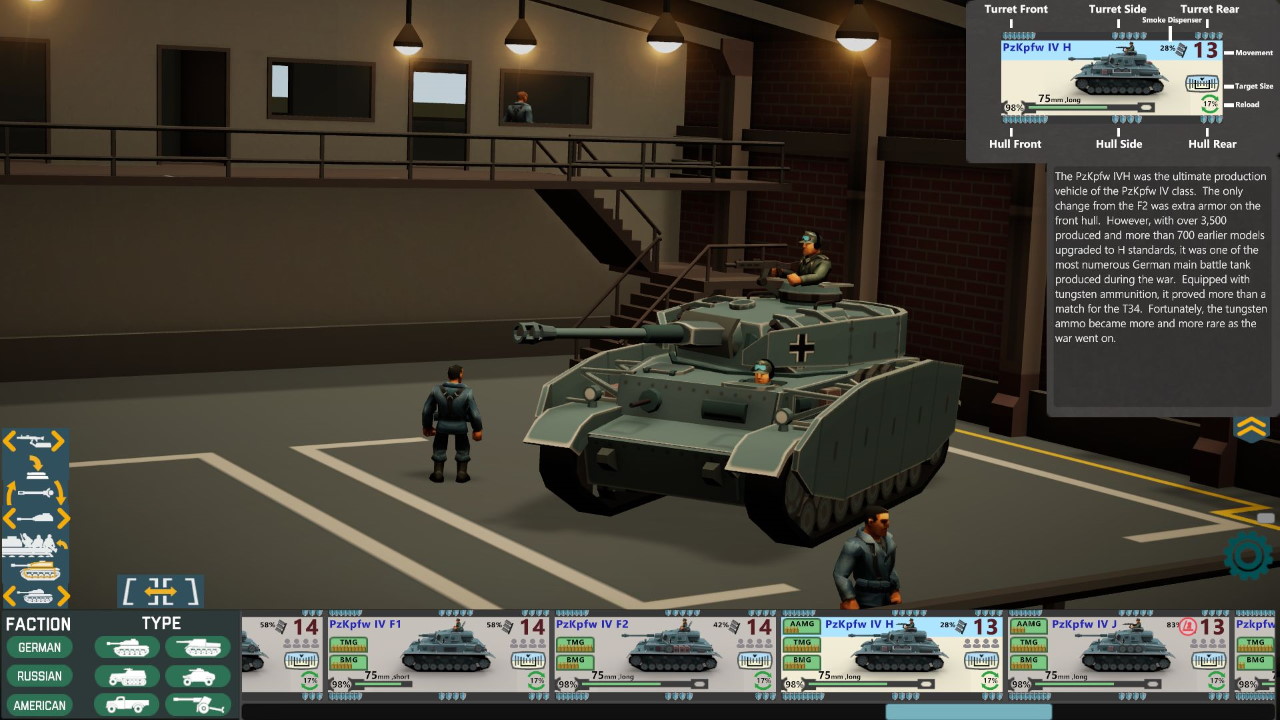 Dabbing the game's “start campaign” button will launch a battle sequence, in concept not unlike the one that graced recent reprobate Close Combat: The Bloody First. Using a persistent force, the various components of which can be rested and resupplied between battles, we'll be expected to conquer a series of maps presumably before a fixed time limit expires. Every engagement will advance the clock eight hours. In Jo's words “The player has to decide when to stop fighting (to rest troops and salvage vehicles) and advance to the next daytime. You don't need to mount a night attack (though there's a possibility the AI will!) but if you do you will need to bring illumination otherwise you'll see nothing. Replacement units, support, and supplies are all bought with points earned by capturing VLs. The more points you spend on the way, the less impressive your result at the end of the campaign.”

Randomly generated battlefields are cake cherries we'll have to do without. Citing potentially chaotic results, the time required to automatically generate LoS files, and the speed and ease with which bespoke venues can be created with the embedded map editor, Jo ruled out a capability that, paired with a well appointed skirmish generator, would have warmed the cockles of this old wargamer. With many areas of the game still requiring attention, the dev's resistance to feature creep is hardly surprising. 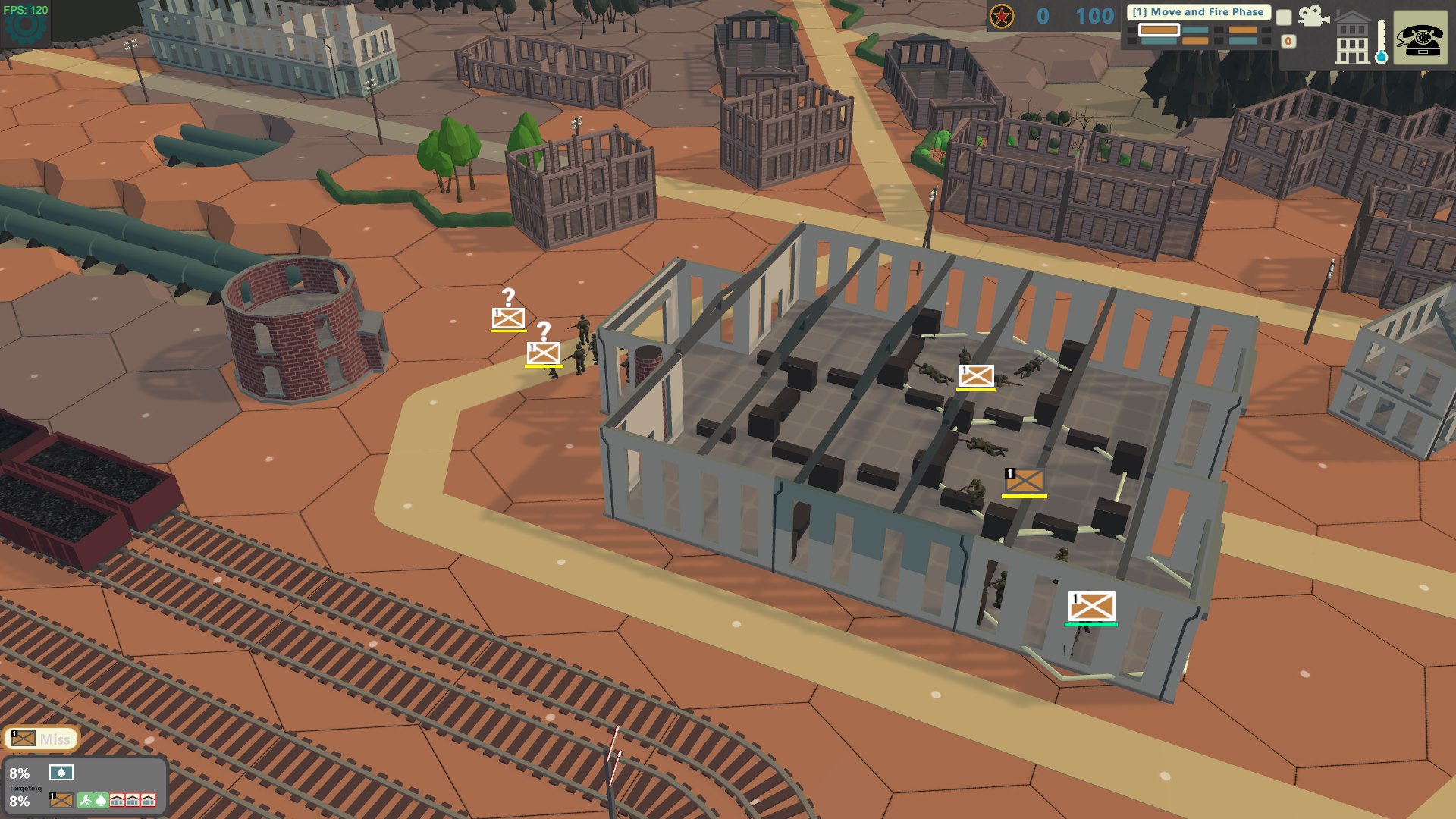 Judging by the following 'To Do' list, Jo has a busy six-to-nine months ahead of him: “What's still to be done? A lot! The night with its illumination rounds. Radio and artillery actions. Some of the more complex tanks like the T-35 with its five turrets need attention. When entering terrain like woods and buildings, AFVs should run the risk of damaging their tracks and running gear. Reverse movement. Gun towing. Several anti-tank weapons. Overruns when entering an enemy occupied hex with a vehicle. Gun overheating. The sniper is a design challenge. Special ammunition like canister. Infantry smoke grenades. Wind force and direction. AI improvements. And we need more sounds and in-game music.” 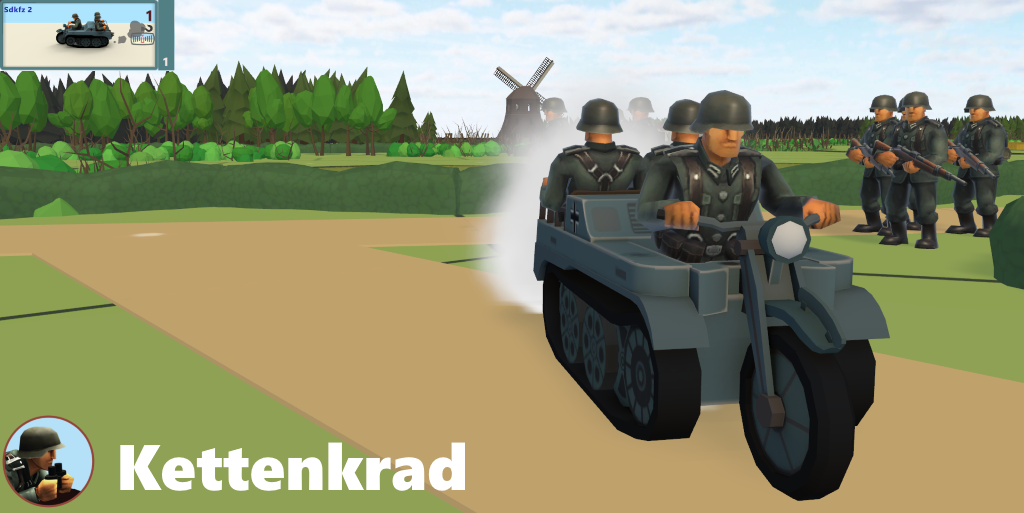 Some features such as Combat Air Support, prisoners, and motorbikes are set to arrive after the initial release (SF will spend time in Early Access). 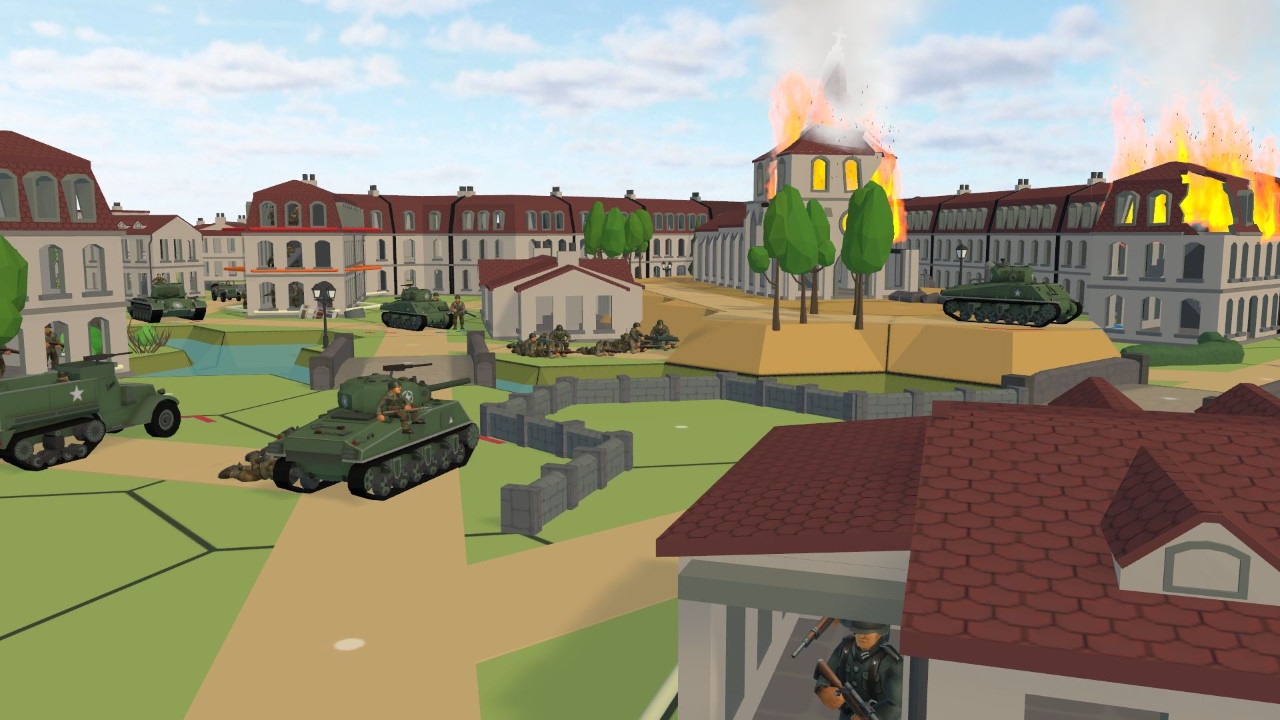 It is, of course, possible that SF may never be better than it is today. Intangible ideas – enchanting amalgamations of screenshots, videos, and developer statements – have a way of playing better than their purchaseable/downloadable imagoes. I don't make a habit of pedestalling work-in-progress PC games without trying them first, but something about Second Front causes me to throw caution to the Wirbelwind. If my giddy optimism proves unfounded then I promise to bestow millstones more carefully in future. 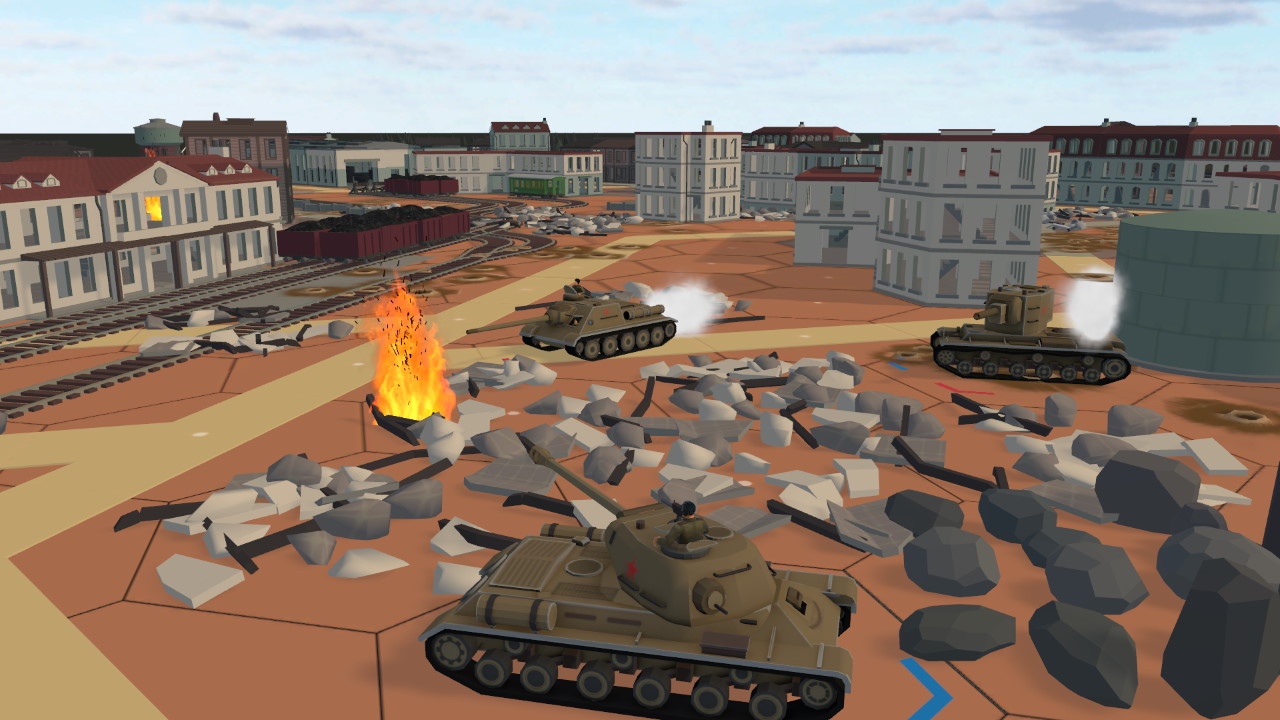