A is for Alphabetised wargame and sim news. Every four weeks or so I hang up a streamer of industrial strength fly paper in The Flare Path dunny and see what wargame and simulation news stories adhere to it. Below is this month's bag - 25 bite-size stories involving virtual vehicles and surrogate slaughter. If you wince when someone calls a locomotive a train, and can put these three battles - Trenton, Turnham Green, Trafalgar - in chronological order, you should probably click where it says...

B is for Bullfight

Toro 19, a recent division-level military exercise conducted in Spain, may qualify as the largest and longest Steel Beasts Pro LAN party ever held in Europe. eSim's Nils Hinrichsen estimates that around 70 'players' participated. Based on what he observed during an earlier exercise, he suspects the scenario probably ran continuously for several days and nights, and involved thousands of units on a map about 100x100km in size. Simmed Pizarro IFVs, Leopard 2E MBTs, Centauro and VEC cavalry vehicles, and M113s are sure to have been in the thick of the action.

C is for Cavern combatants

Thank you, turnbasedlovers.com for reminding me that Dead Hand exists. My appetite for quirky vehicular combat well and truly whetted by Dark Future: Blood Red States, this ballistically-subtle troglodytic roguelike looks like the perfect follow-up.

D is for Devious dambusters 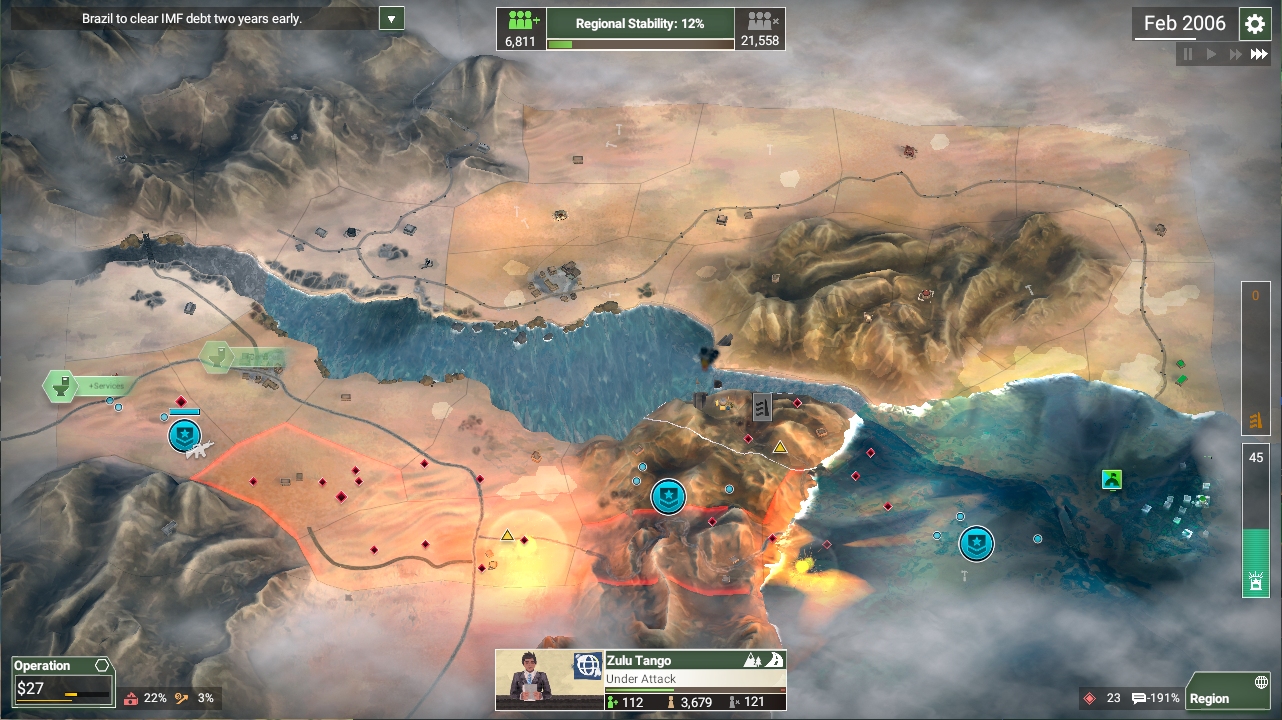 E is for Electrostar to Eastbourne 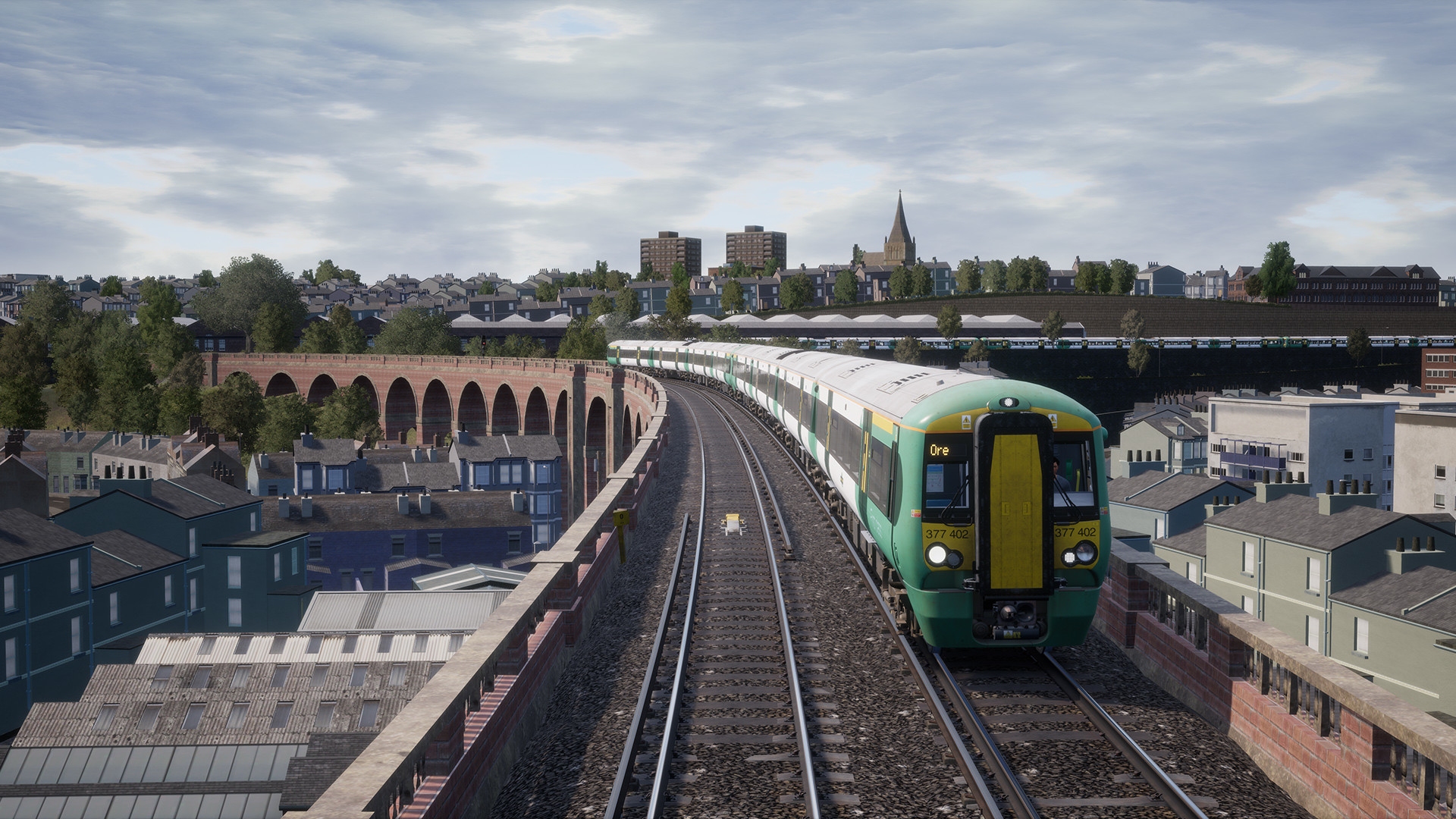 In a shameless attempt to curry favour with the estimated 48,000 games critics based in Brighton, Dovetail Games' latest Train Sim World adjunct is a recreation of the section of the East Coastway line that connects “The Happiest Place in the UK” with “Occasionally Morose” Eastbourne. A modest 30 miles in length (once the also-modelled seven mile long Seaford branch has been factored in) the route comes with appropriate rolling stock: driveable Class 377 Electrostars and Class 66s.

This week's co-op brain tenderiser is aimed at Street View sleuths. If you're a dab hand at GeoGuessr you should be able to assist with the defoxing.

G is for Game within a game 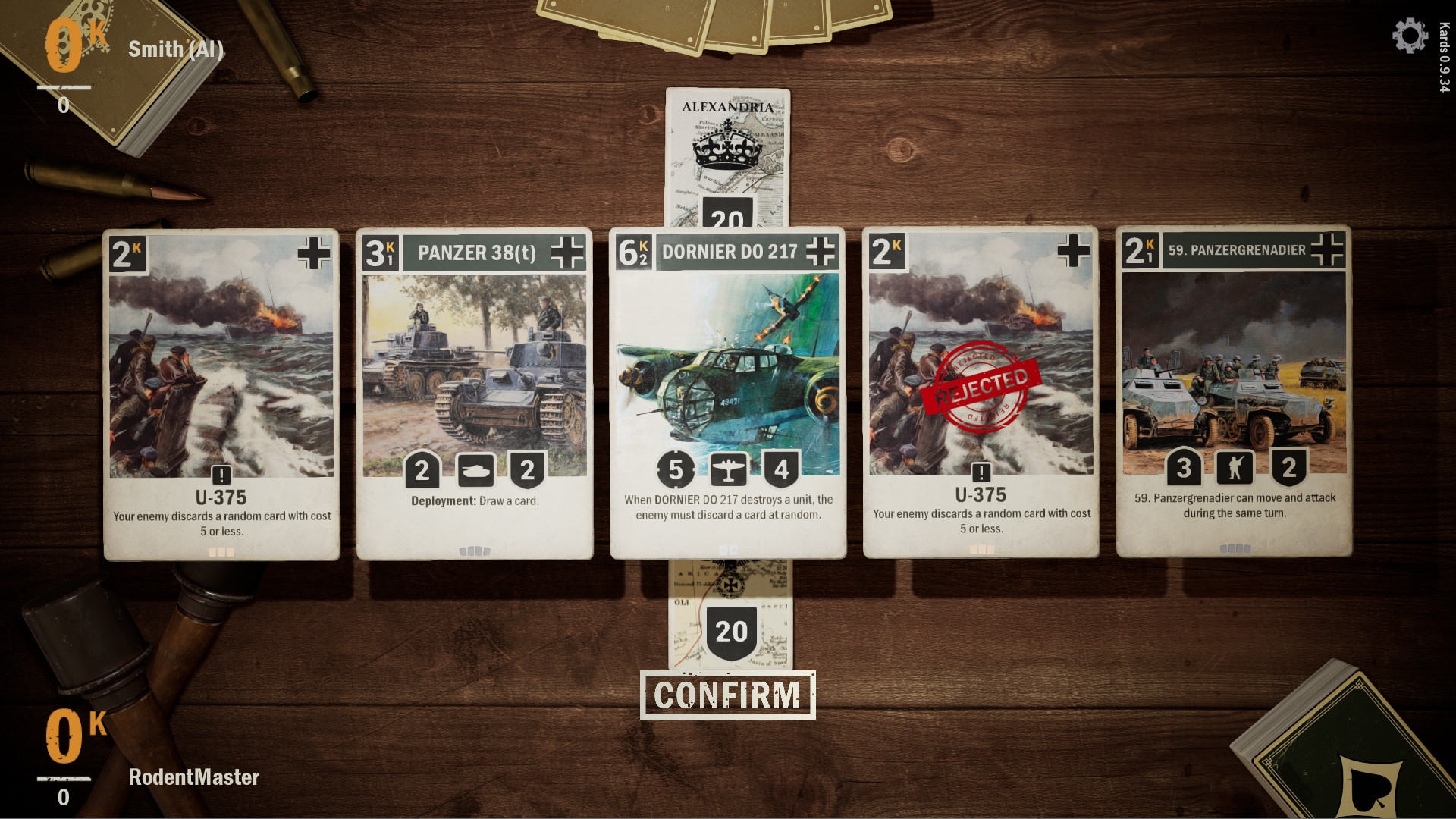 Too generic for my taste, digital collectable card game KARDS does contain a hidden secondary diversion which kept me entertained for a while. Because many of the splendid images on the cards originally appeared on kit boxes, the game can function as a huge foxer-style pictorial puzzle.

H is for Hex heavy 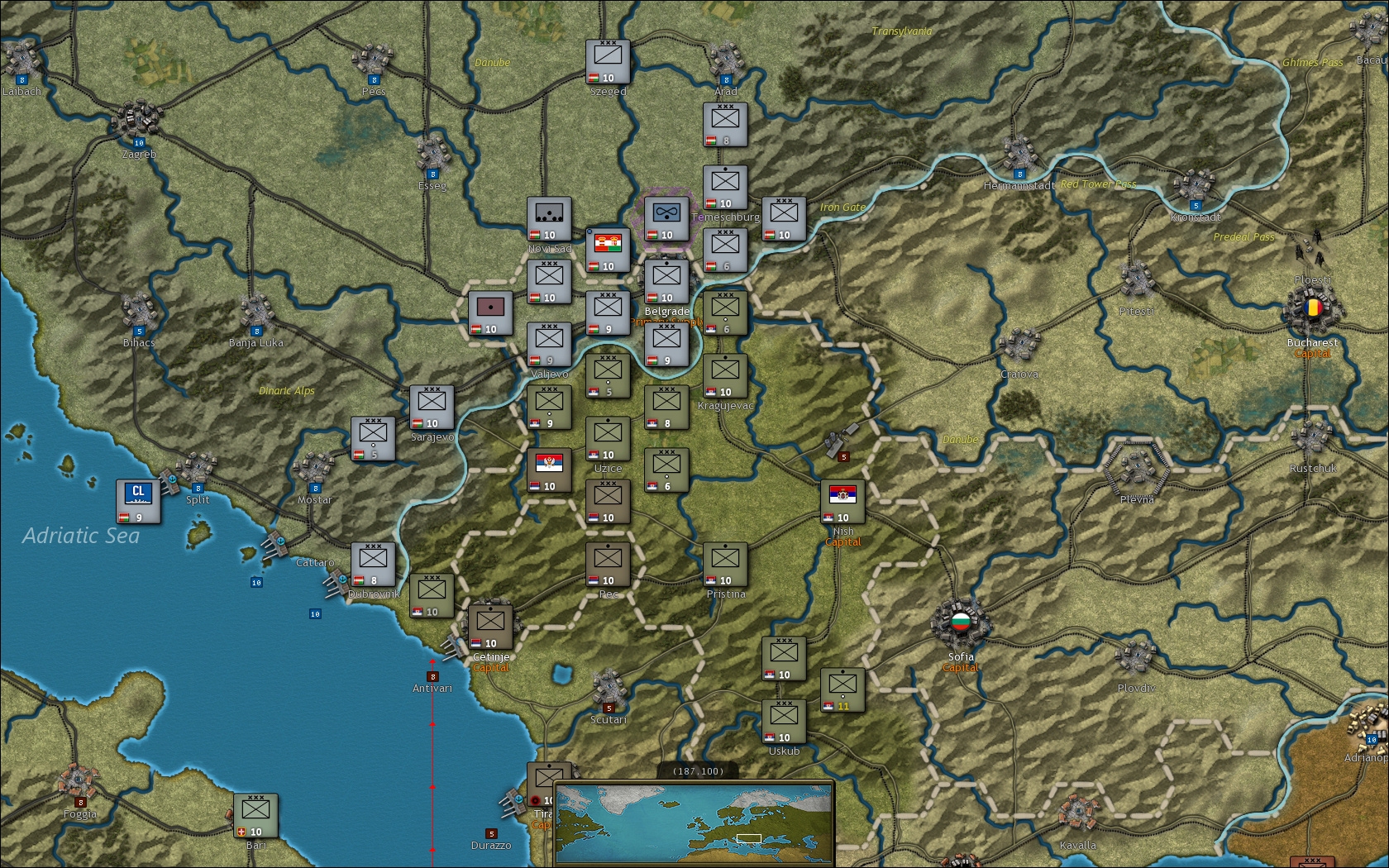 Fury Software have reason to scowl at The Flare Path. Lately I seem to have neglected them and their hex-heavy creations. Next week's release of Strategic Command: World War I looks like a good opportunity to make amends. At the very least I'll play for a day or two and share some impressions.

I is for Inundated islands 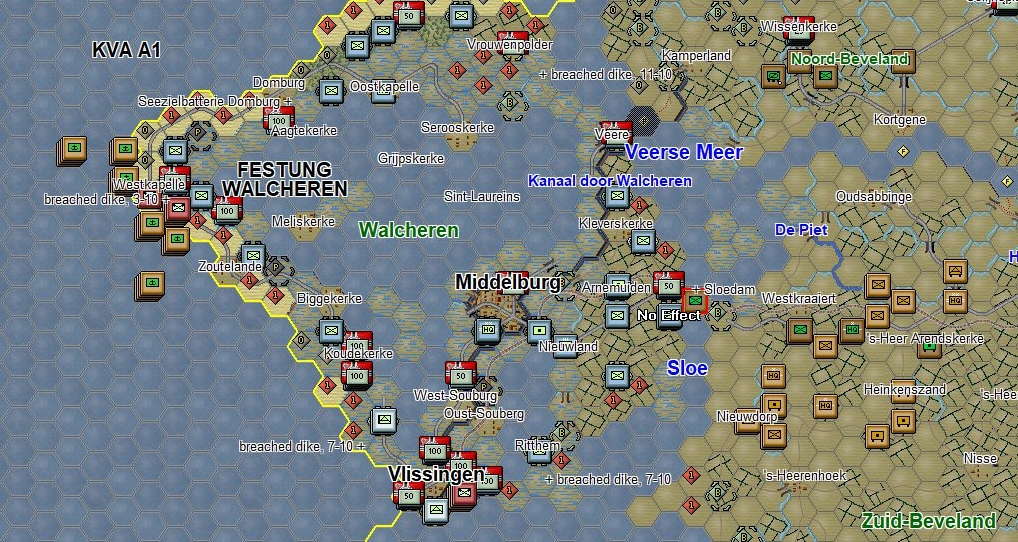 The port of Antwerp was captured by the Allies in early September 1944. Because of the German forces dug-in on the banks of the Scheldt estuary, it would be two months before the liberators could fully exploit their prize. The Battle of the Scheldt's complicated geography, carefully prepared defences and unusual OoB (LVTs, resistance fighters...) promise to make Scheldt '44, a newly announced Wargame Design Studio title with a summer 2020 ETA, a memorable offering.

J is for Just AFVs and infantry 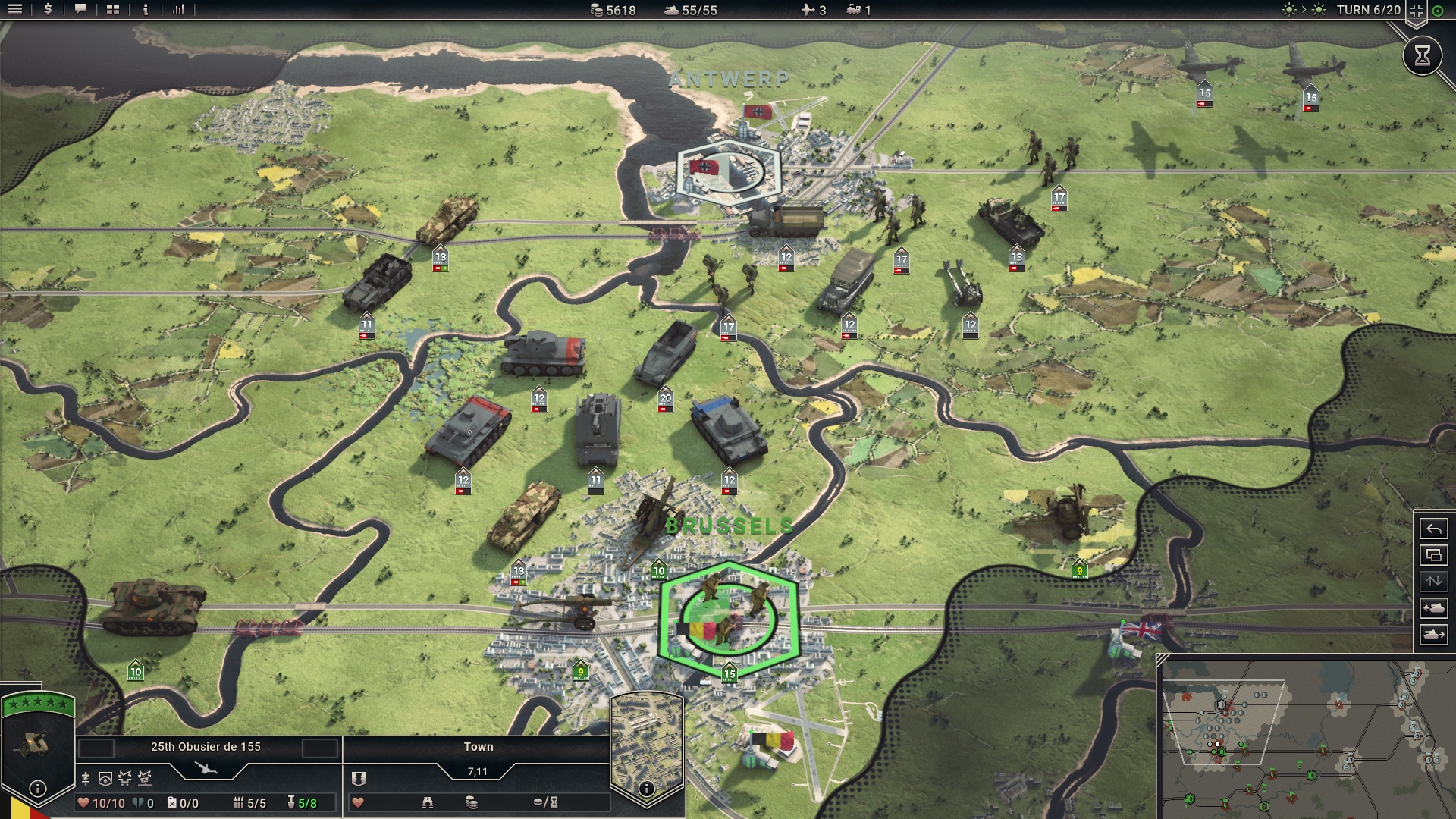 A darker moment in Antwerp's history features in this pithy Panzer Corps 2 AAR. Slitherine's AlbertoC recklessly attempts Fall Gelb without the aid of the Luftwaffe and gets away with it. Just. With us in Q1 2020, PC2 is likely to be a more conservative creature than Unity of Command 2, but the huge unit count (1000+) and sizeable mound of scenarios (60+) should make any conceptual timidity easy to overlook.

K is for Knick-knack lack 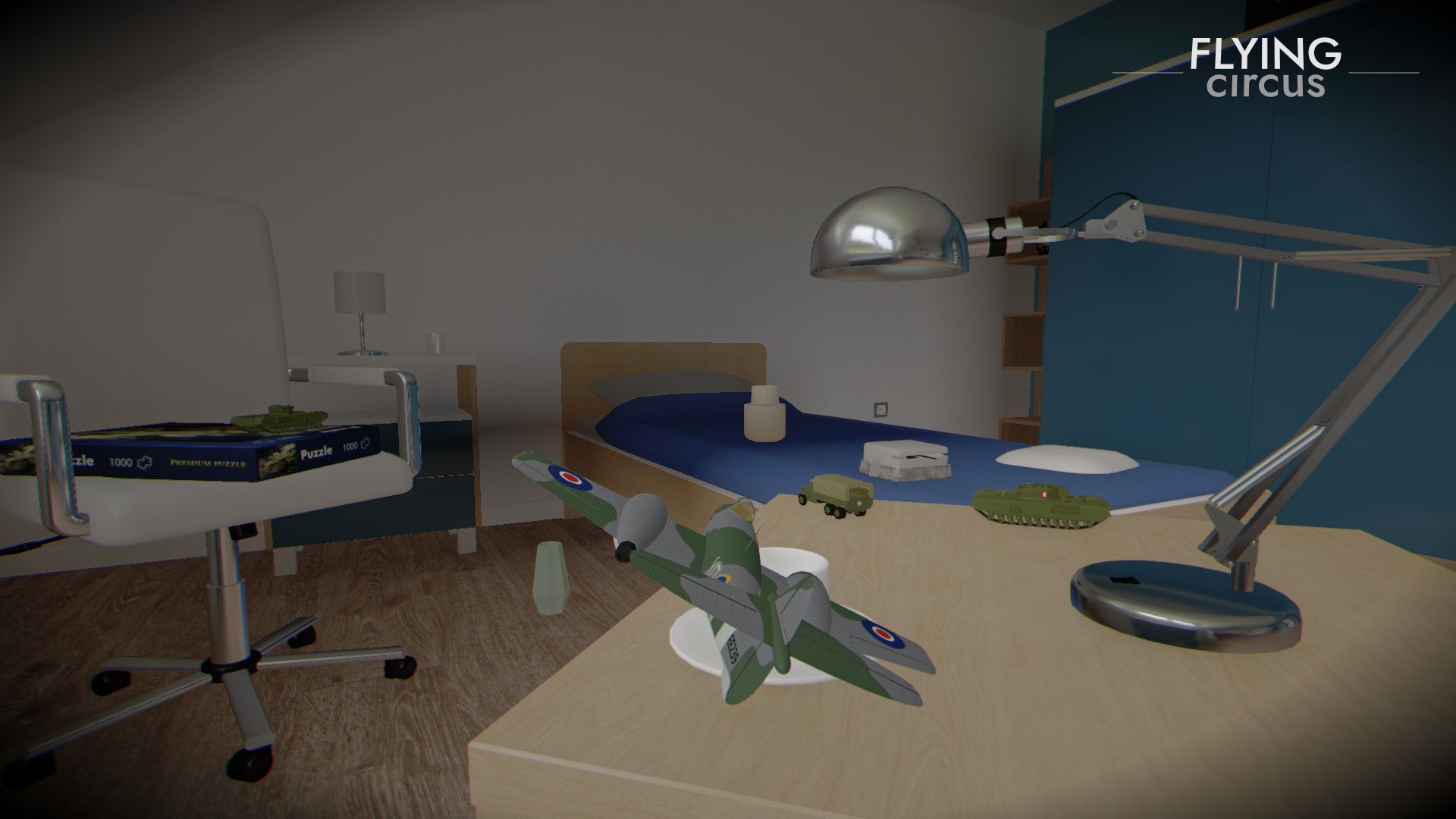 Clearly I'm not the only one with fond memories of Airfix Dogfighter. Flying Circus, an upcoming third-person air combat game from unknown quantity Poliko Entertainment, appears to boast an interesting hangar of flyable 1:72 scale plastic kits. What dampens my enthusiasm are the bland, spartan interiors visible in the screenshots. More garish wallpaper and strafeable knick-knacks, please!

L is for Late Luftwaffe lunge

A slightly better known Flying Circus left Early Access earlier this month in company with engine-mate Battle of Bodenplatte. The milestone means both sims will be hitting Steam soon. Of the two projects, the devs have made no secret that it's Bodenplatte with its high-performance late-WW2 aircraft (Tempest Mk V, Me 262, Fw 190 Dora...) and large, densely aerodromed Western European map, that has tested them more. Whether that means it's the more enjoyable addition to the growing IL-2 Sturmovik: Great Battles family, I look forward to finding out.

M is for More Manx motorsport 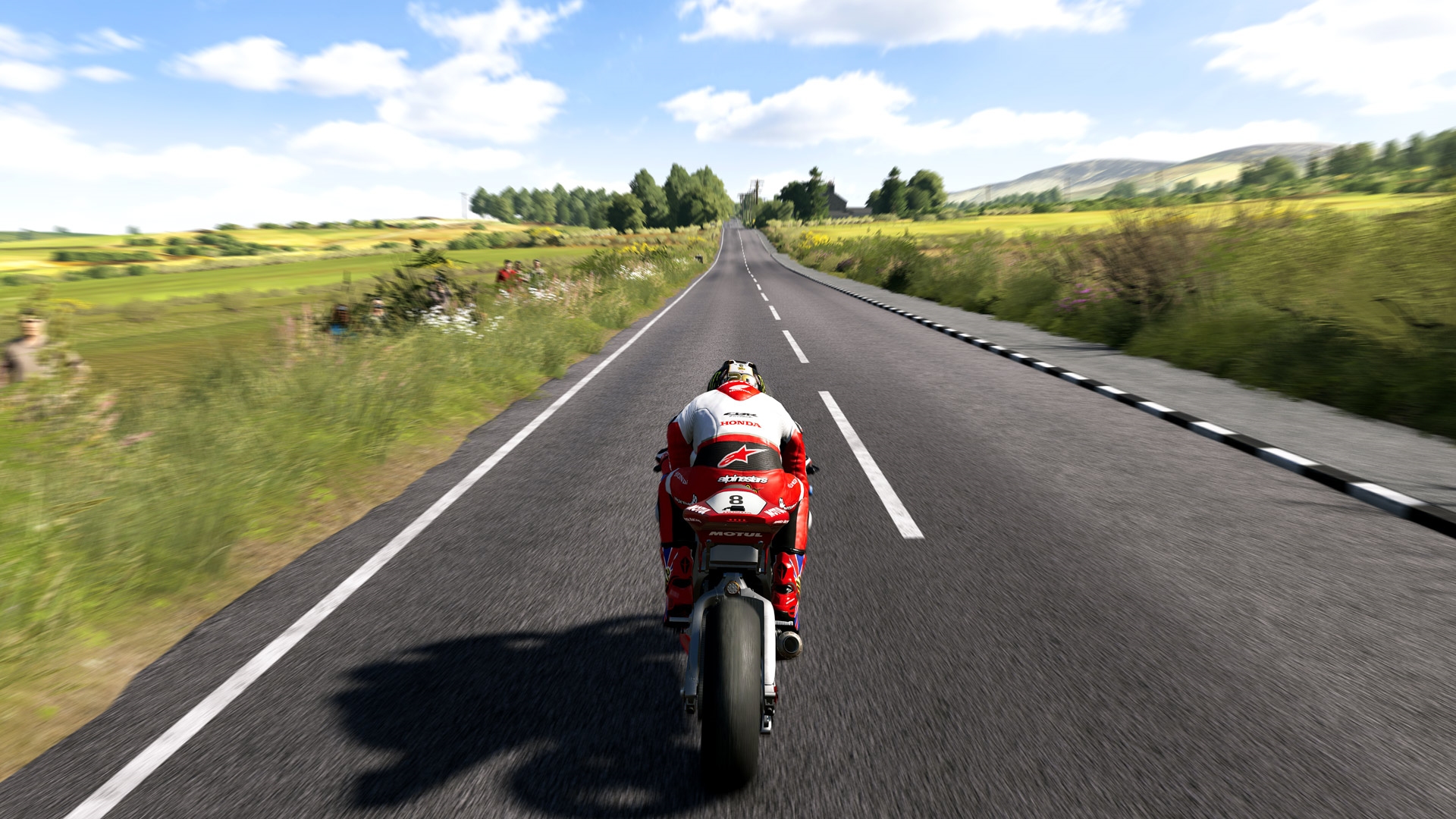 N is for Nice little earners

Work on absurdly ambitious maritime time machine, Titanic: Honor and Glory would have halted years ago were it not for Vintage Digital Revival's ingenious approach to fundraising. Having outgrown crowdfunding, Thomas Lynskey & Co. now finance their labour of love by licencing their amazing CAD creations to documentary makers, selling 3D printed liners to enthusiasts, and by posting eyecatching sinking animations on YouTube. Their latest foundering flicks recreate the final moments of Titanic's sister ship, the HMHS Britannic, and the SS Atlantic, a White Star vessel wrecked with terrible loss of life in 1873.

If Joachim Bader can code AI the way he can sculpt tanks and fashion a UI, Second Front stands a very good chance of being one of Flare Path's most played games of 2020. I wonder, could this be the strategy game Matrix are planning to announce live on Twitch on December 2nd?*

*Apparently not. Eagle-eyed forumites have spotted a reference to Starship Troopers in the teaser image.

P is for Poetic polar bears 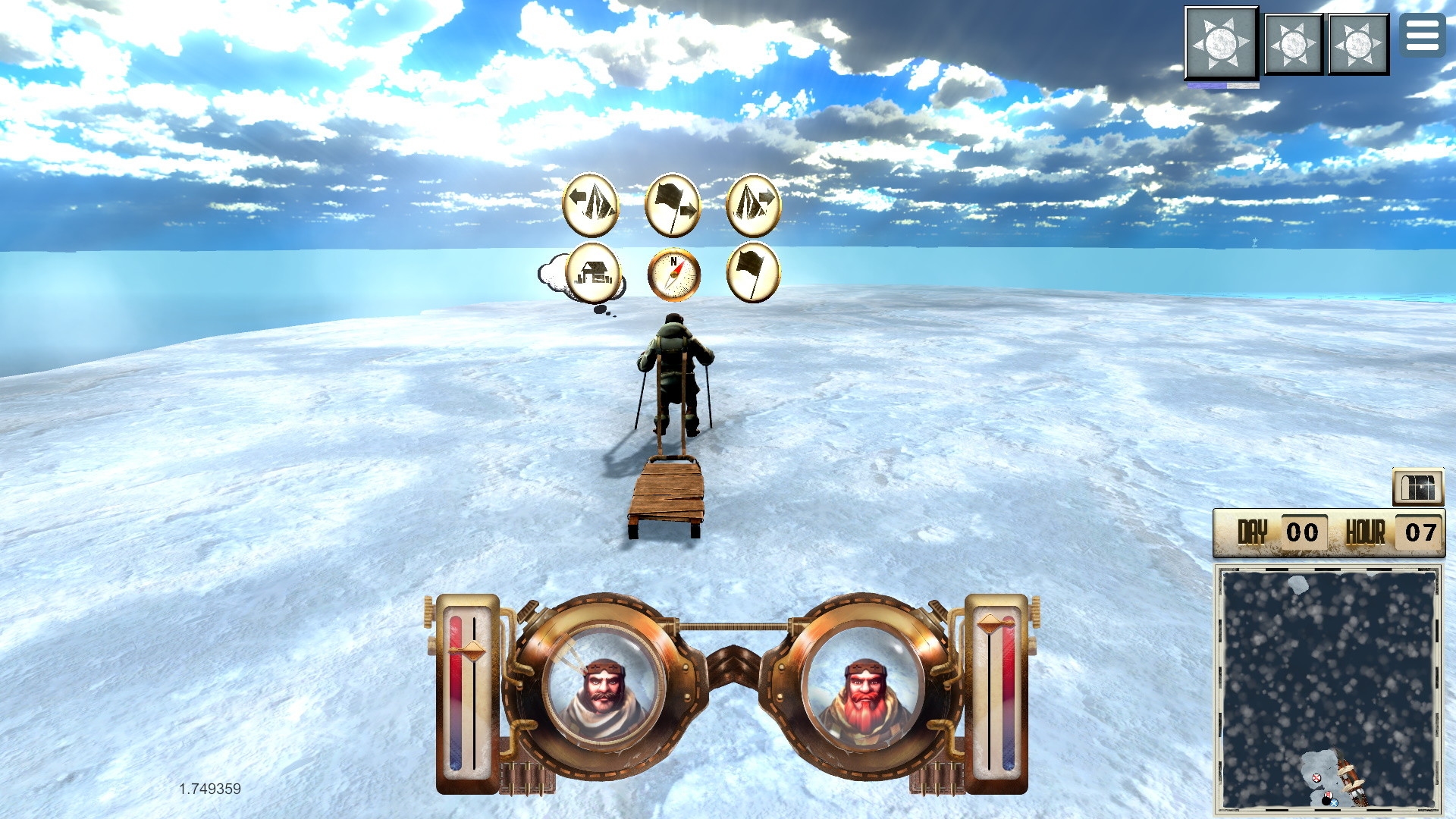 Every Single Soldier, is it too late to tweak the title of your upcoming polar exploration game? Including 'ice bears' and 'eskimos' in a Shackleton/Scott-em-up called Terra Incognito: Antarctica 1911 is asking for forum ferment. “Poetic licence” is all very well, but that unnecessarily specific moniker implies a more authentic approach.

R is for Rotterdammers return

Don't jettison your ShipDriver controller just yet. VSTEP, the Dutch outfit behind the cut-off-in-its-prime Ship Sim series, are planning to return to the entertainment sector in 2020 with a de-starched version of their maritime training sim, NAUTIS. NAUTIS Home is undergoing pre-alpha prototype testing at the moment.

S is for Second chance for Strategic Mind?

Thanks to a broken tutorial I spent more time downloading Strategic Mind: The Pacific than I did playing it. Seeing the 'very positive' response on Steam, makes me wonder if I uninstalled too hastily. Starni's waterlogged Panzer General-like doesn't look overburdened with novelties, but evidently it's pleasing some punters.

T is for Tobruk trashed 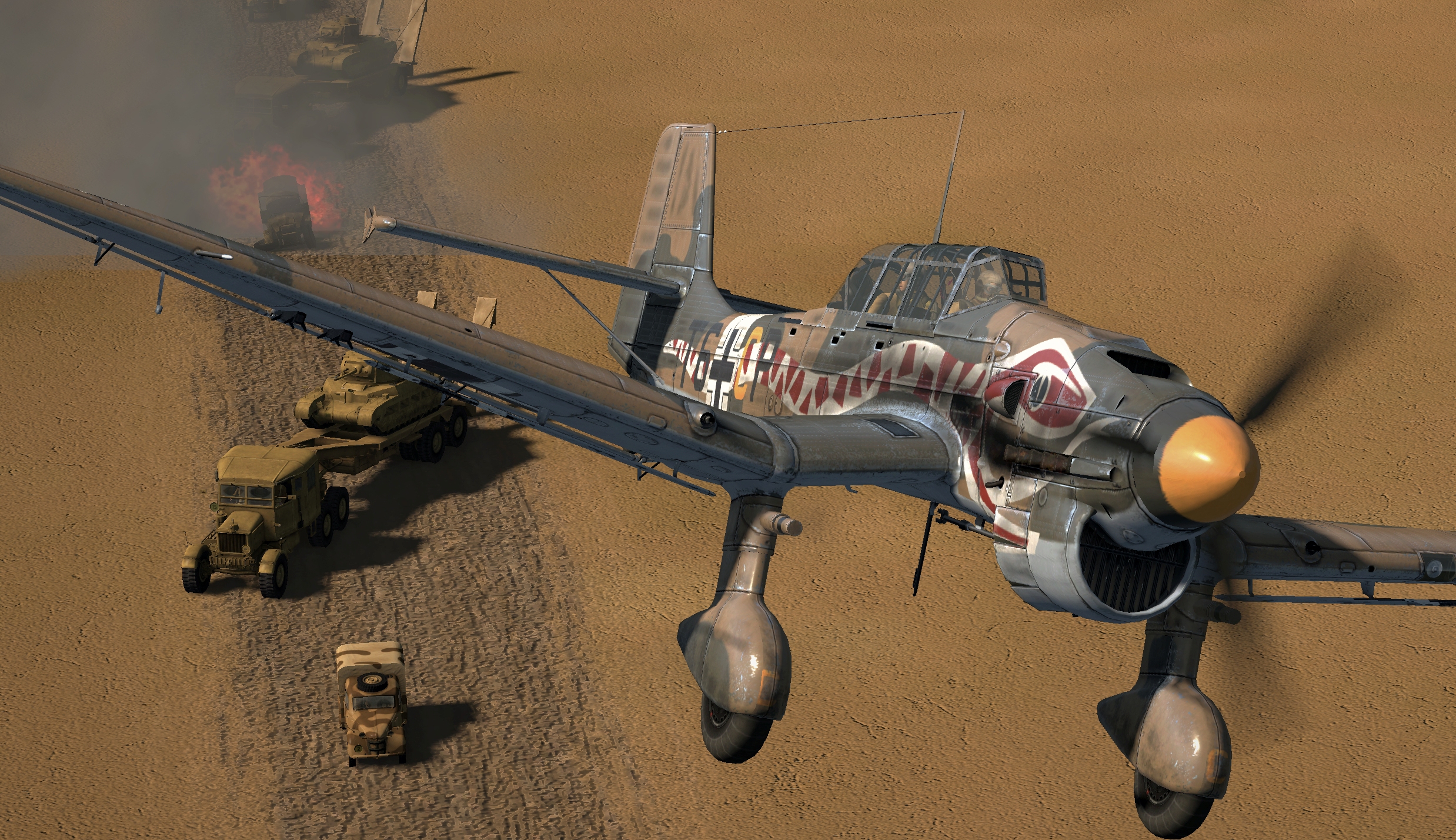 With their North African expansion pack for IL-2: Cliffs of Dover, a week or two away from beta-testing, Team Fusion have released the first footage of a major bombing raid in progress. If you're a Stuka fancier, don't click this link.

U is for Upgraded U-boats 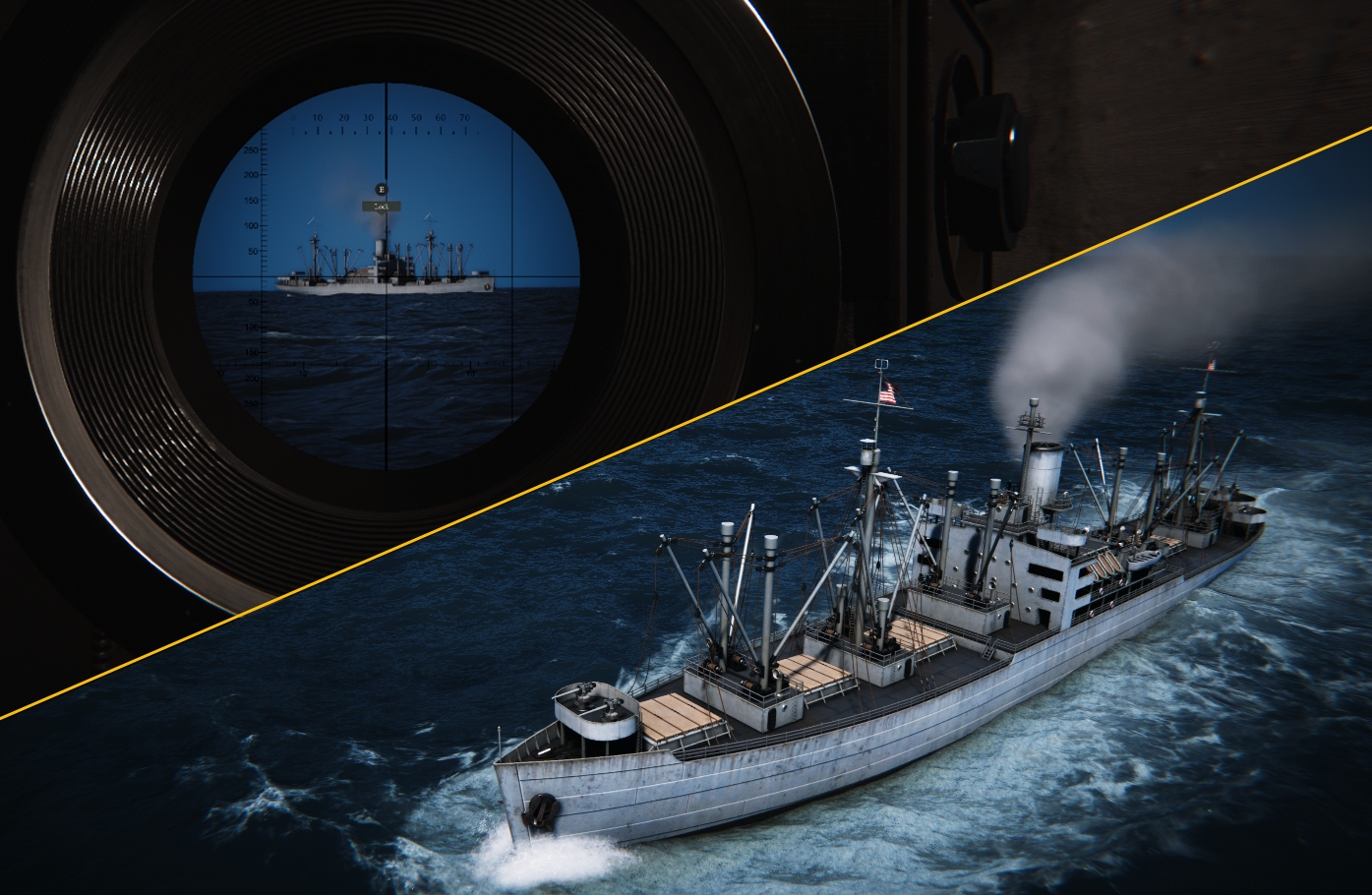 V is for Vietnamese vacation 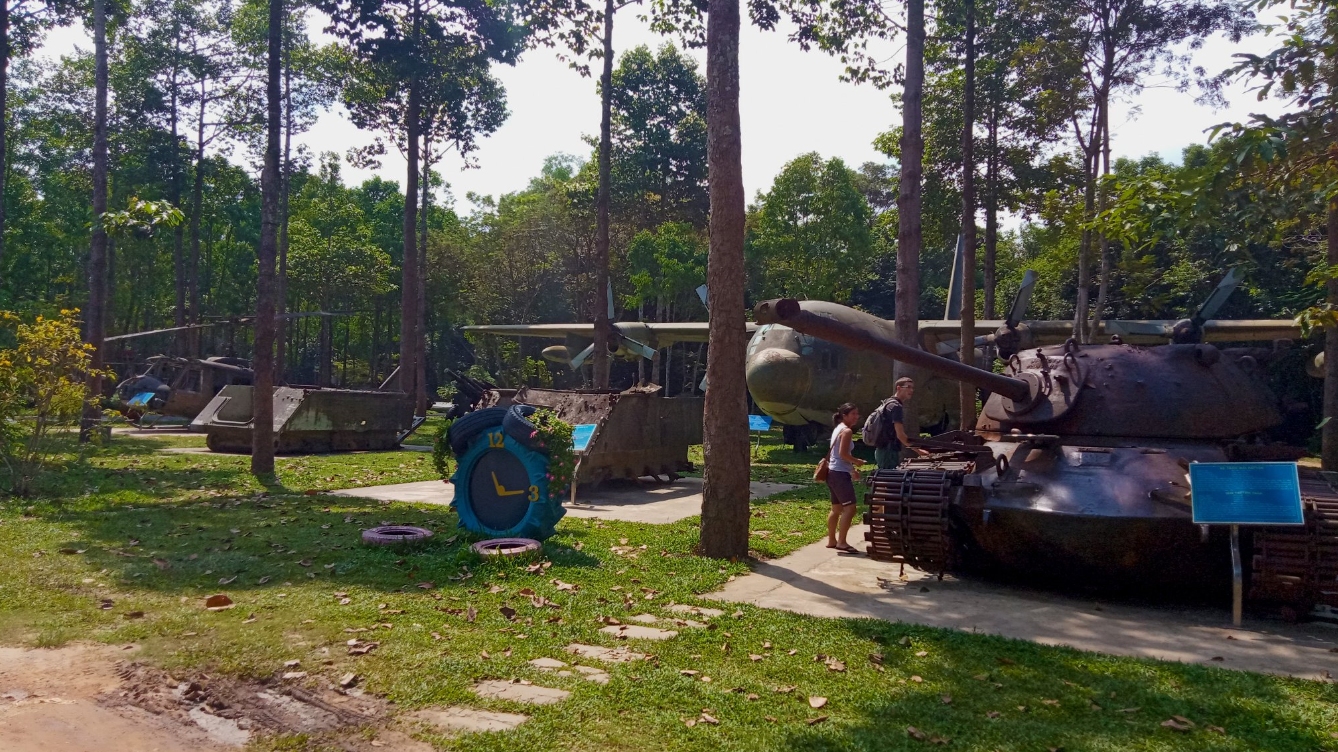 Jakub Bukała seems happy to blend work and pleasure. Having lived and breathed the Vietnam War for months on end, Radio Commander's lead designer is unwinding post-release by holidaying in... Vietnam.

W is for Windjammer jabber 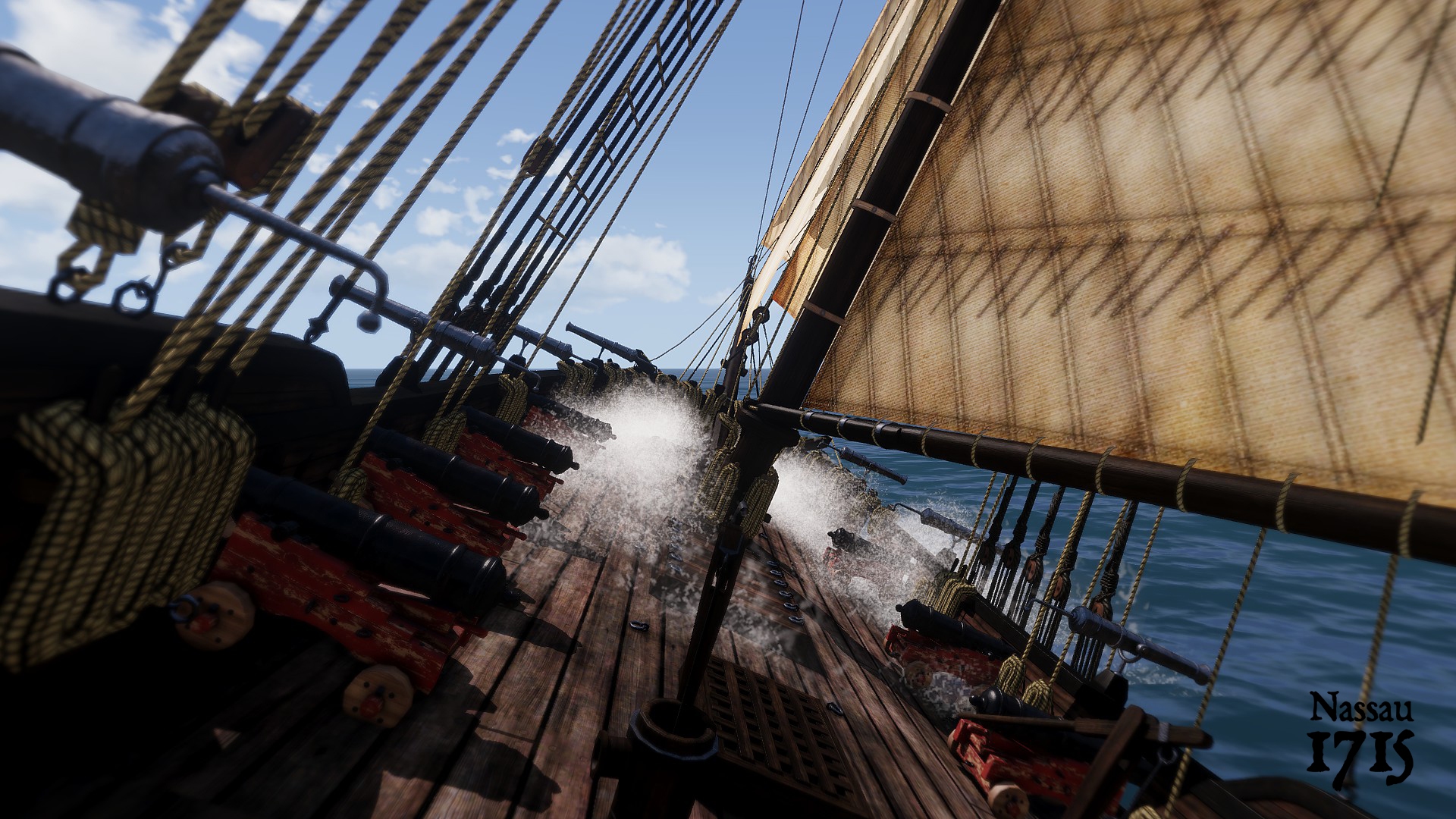 Possibly as a result of this article, Neil Thapen, the exceptional shipwright behind A Painted Ocean, is now in contact with another dev who's grappled with the formidable challenge of realistically simulating square riggers. Featuring sail management, missions, and aimable cannon, Delta Hawk's Nassau 1715 sounds like an Arma 3 mod well worth trying.

X is for Xtra-large elephants 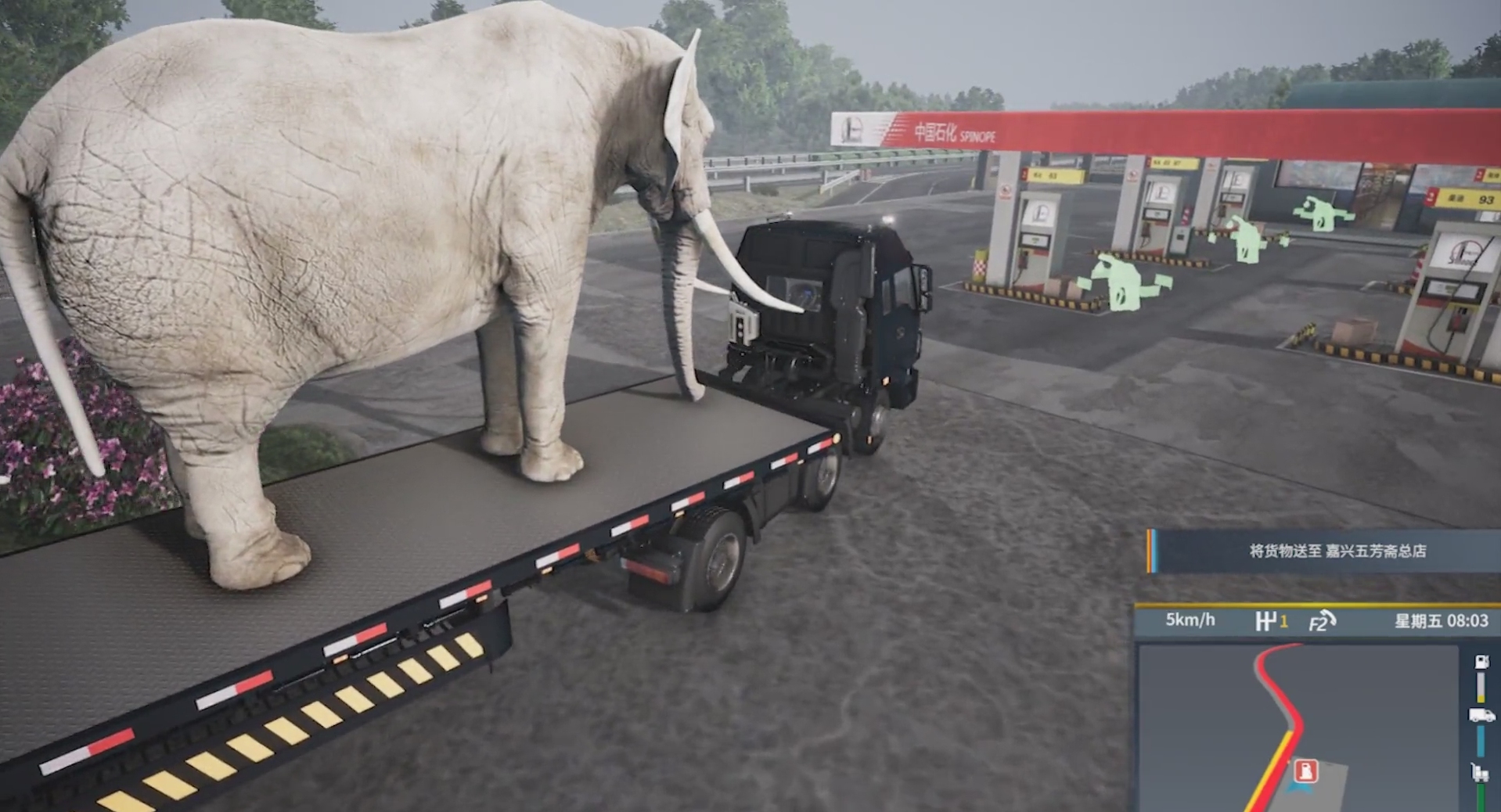 You don't need to be John Ho to identify Truck Life's touchstone, but without a basic grasp of Mandarin you'll probably struggle to get to grips with this as-yet-untranslated Early Access lorry sim. Judging by the trailer, beer comes in huge bottles in China, and the country boasts the biggest and best behaved pachyderms in the world.

Y is for Yorkists that yield less 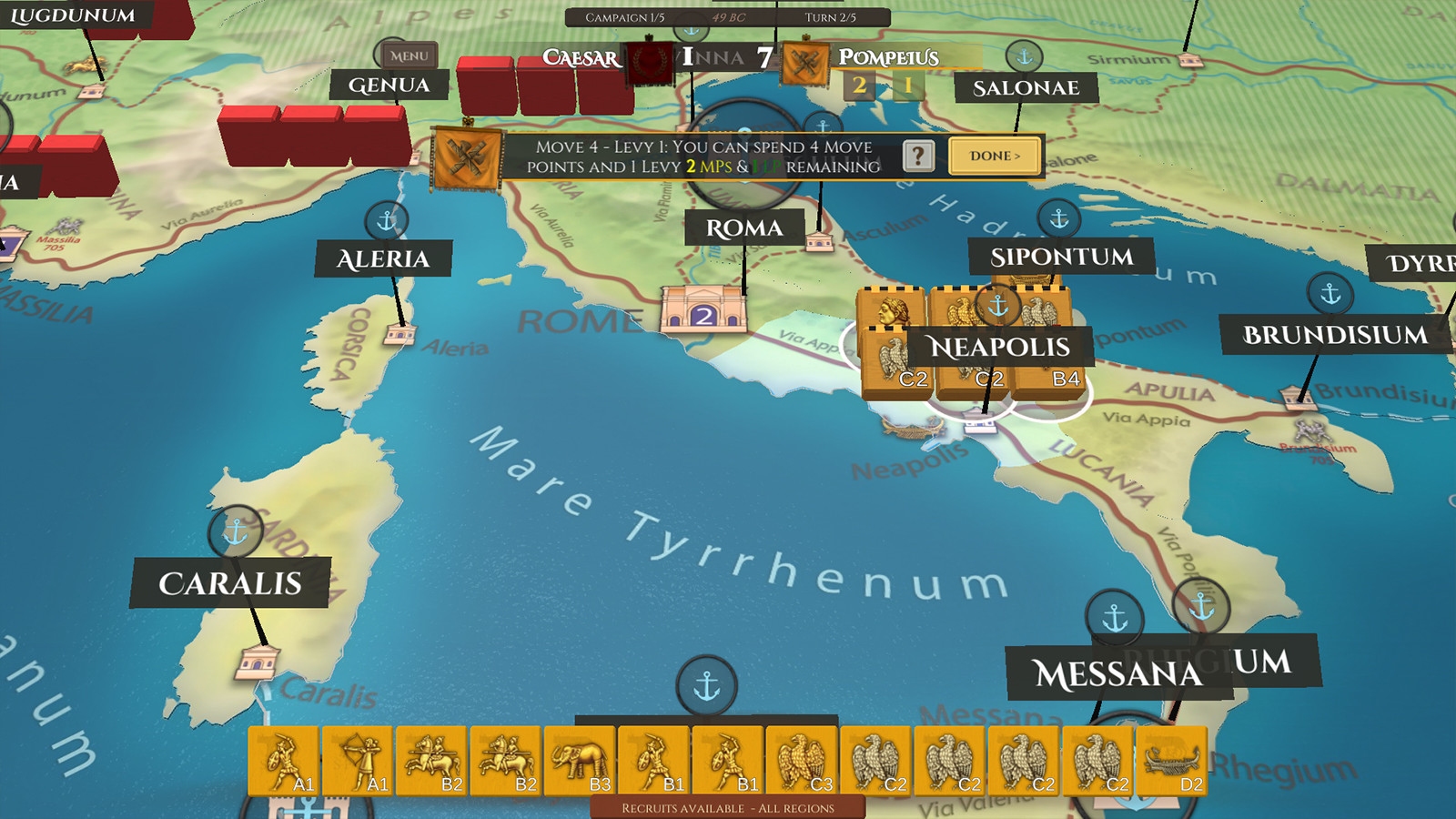 The winter of mild discontent for challenge-hungry Blocks: Richard III owners is set to end round about December 11. Around the time Avalon Digital release their second blocks game, Blocks: Julius Caesar, the Medieval forerunner will get a patch addressing, amongst other things, AI blindspots.

Z is for Zeiss and Zimmerit

Work-in-progress WW2 armour sim Steel Gear: Stalingrad describes itself as a “multiplayer-based simulator” but vids like the one above, and mention of planned “AI improvements” on the official site, give solitary turret twirlers cause for hope. Operating one of the sim's rigorously modelled angry abodes on your own, certainly looks practical.