The Special Prize at this year's foxerfest was guest editorship of Flare Path for a day. Winner Peter Arnott has chosen to use his 24 hours of authority to send this column to a locale it has never visited before. This week, in accordance with Peter's wishes, I've been thinking about difficulty in computer wargames.

Although the Difficulty Compact between historical wargame creator and historical wargame consumer is as binding as any end-user license agreement, you won't find it printed in manuals or tickboxed on store pages. Indeed it's so unwritten/unspoken that this might be the very first time it's ever been blazoned in brazen black and white:

(i) I, the wargame creator, do hereby pledge that this game will permit the player to win more often than they lose.

(ii) I, the wargame creator, do hereby pledge that this game will permit the player to lose more often than they win.

(iii) I, the wargame player, undertake to use the difficulty settings provided to engineer the challenge level I desire. 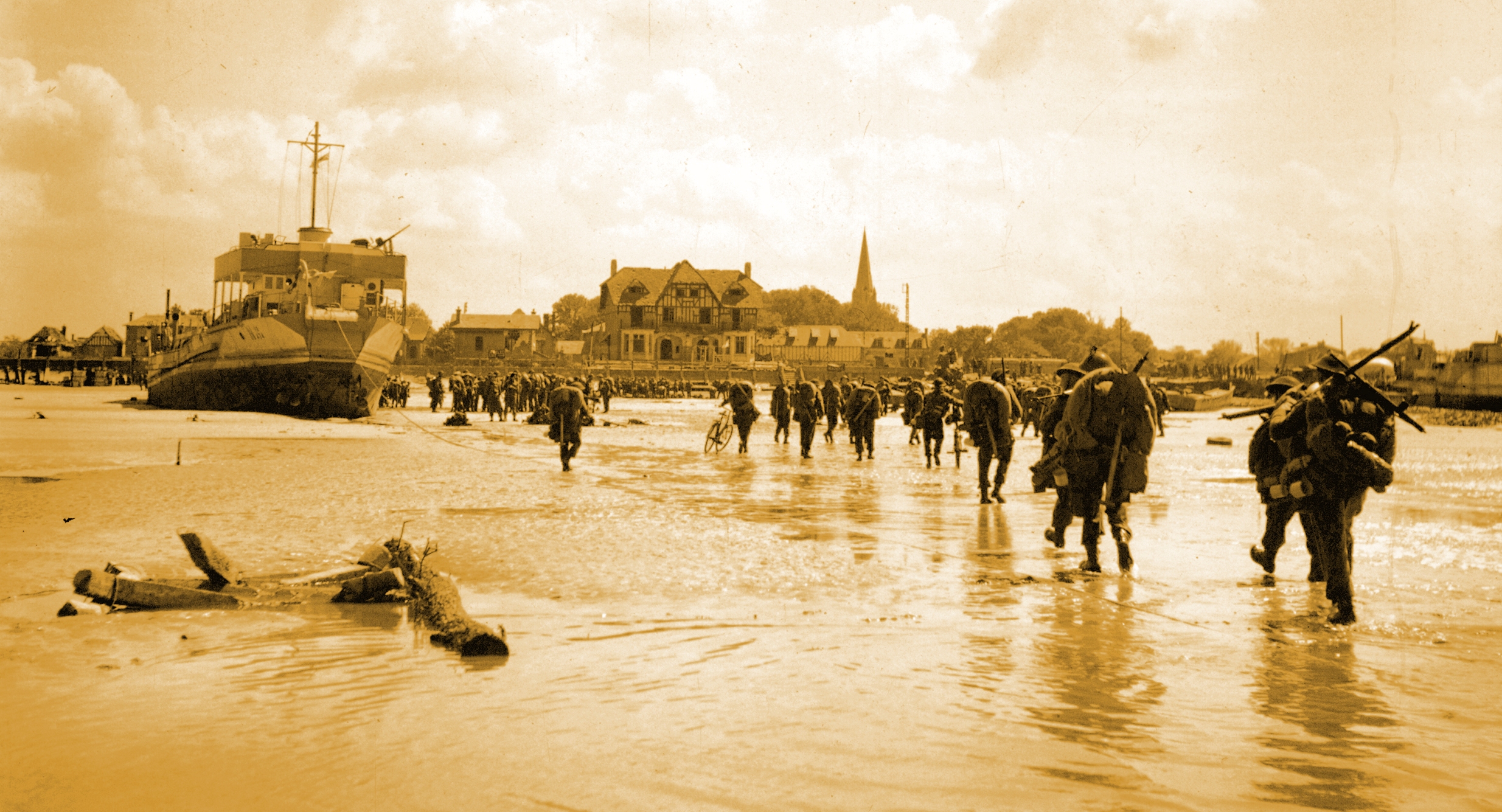 The last two clauses possibly require elucidation. When you or I purchase, for example, a new Operation Overlord wargame, whatever the realism aspirations of the dev, we fully expect that securing Juno Beach will be an easier task than securing Bloody Omaha; we anticipate dislodging dug-in Panzergrenadiers will be trickier than dislodging dug-in Osttruppen. We won't – or we shouldn't – throw our toys out of the Ram if Ranger DUKWs or Commando bagpipers aren't modelled, but we reserve the right to write sour forum posts if unit pecking orders are noticeably out of whack or fundamental historical truths have been sacrificed on the altar of smooth campaign difficulty curves. While game fashioners in other genres are free to modulate challenge as they see fit, the poor hamstrung wargame crafter has obligations. 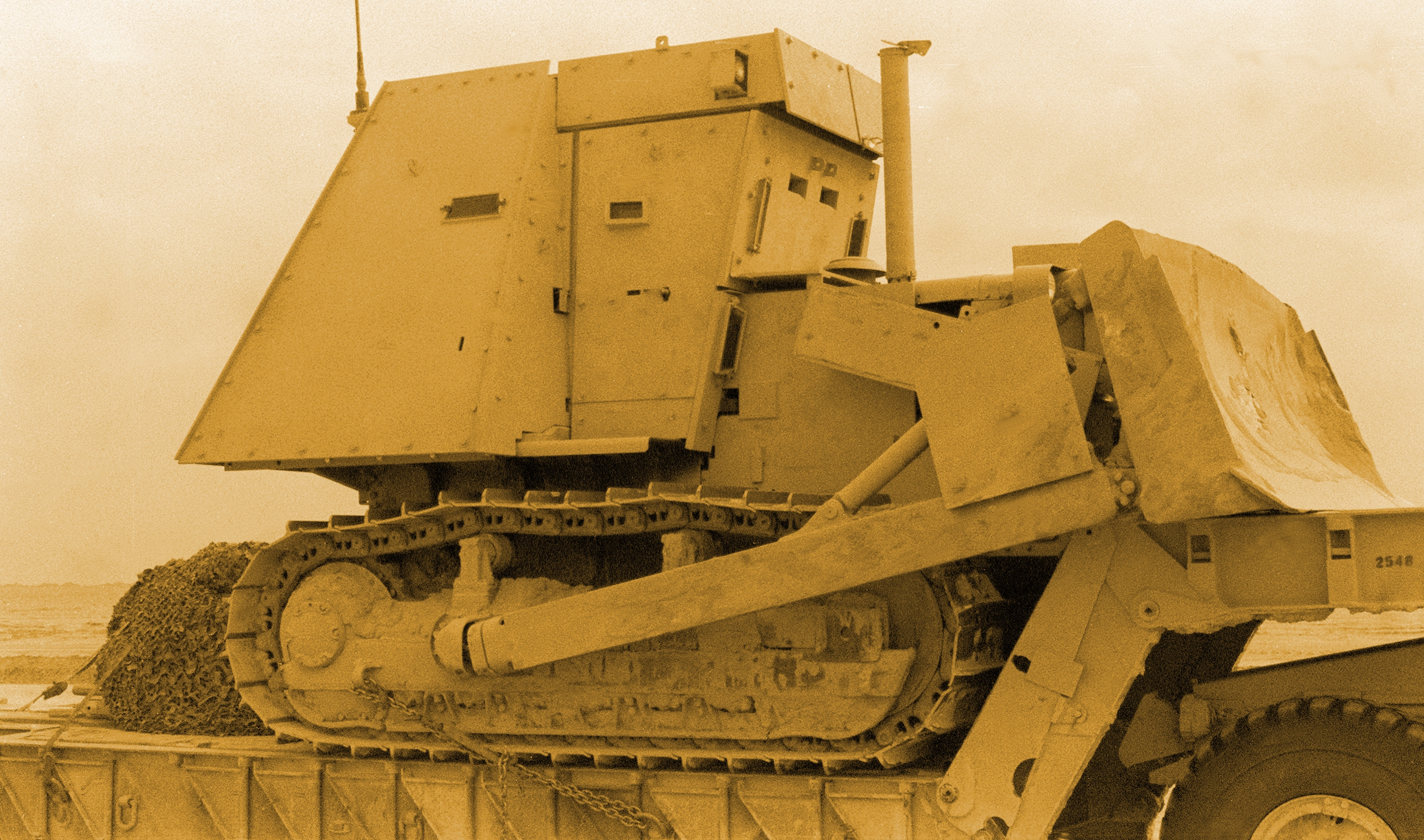 Opinions are divided on the origins and purpose of Clause V. Some believe it was introduced to ensure a modicum of challenge at default difficulty levels. Others believe its primary purpose is to shield entertainment seekers from some of history's most distasteful 'battles'. Ever wargamed the Gulf War Bulldozer Assault or the Younghusband Expedition's first brush with the Tibetans? Thank the Difficulty Compact. 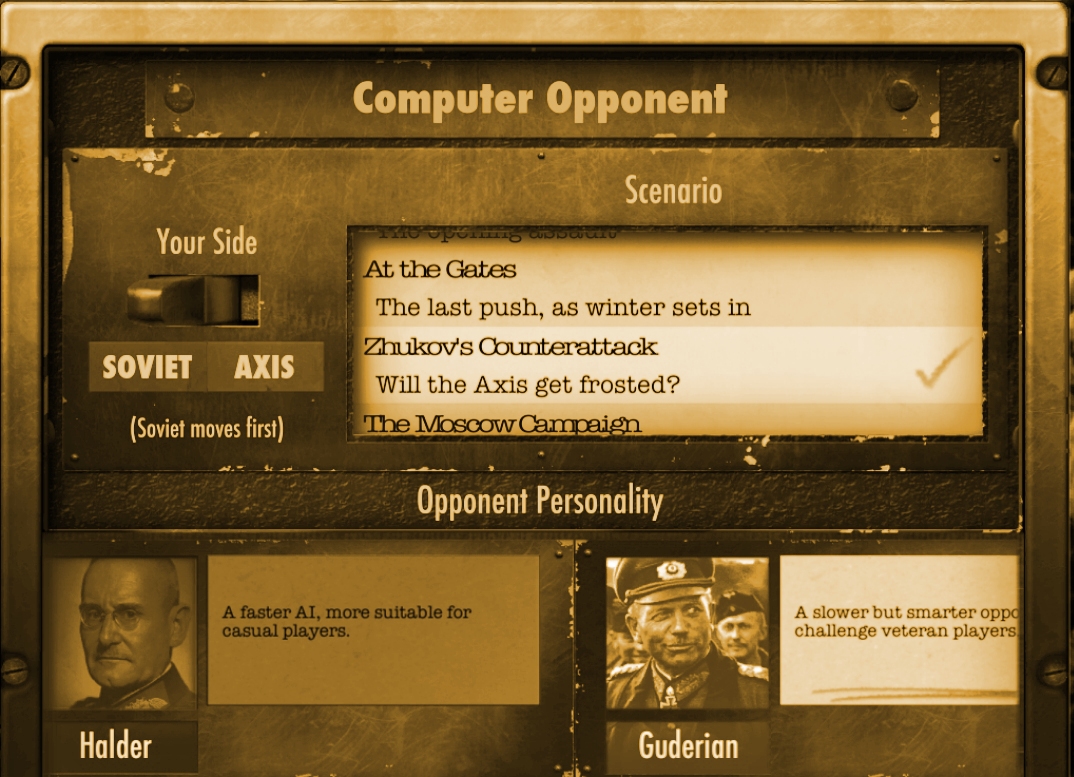 Clauses I and II – the crux of the Difficulty Compact - can be upheld by designers in countless different ways. In fact, finding two wargames that dilate difficulty in the same manner is almost impossible. 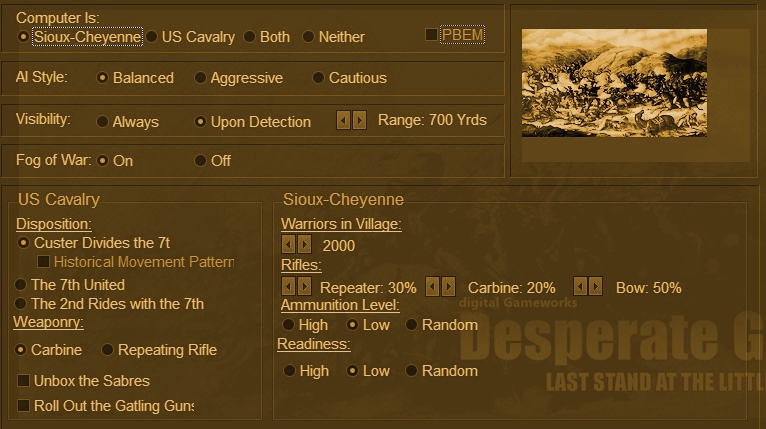 That a new purchase will, if asked to, flagellate like a sadist or flatter like a flunkey, is a fairly safe bet, but until setting screens have been scrutinised*, there's often no way of telling exactly how the Jekyll-Hyde Hyde-Jekyll character switch will be achieved.

*Any wargame that fails to fully explain its difficulty settings via tooltips, deserves to be horsewhipped. 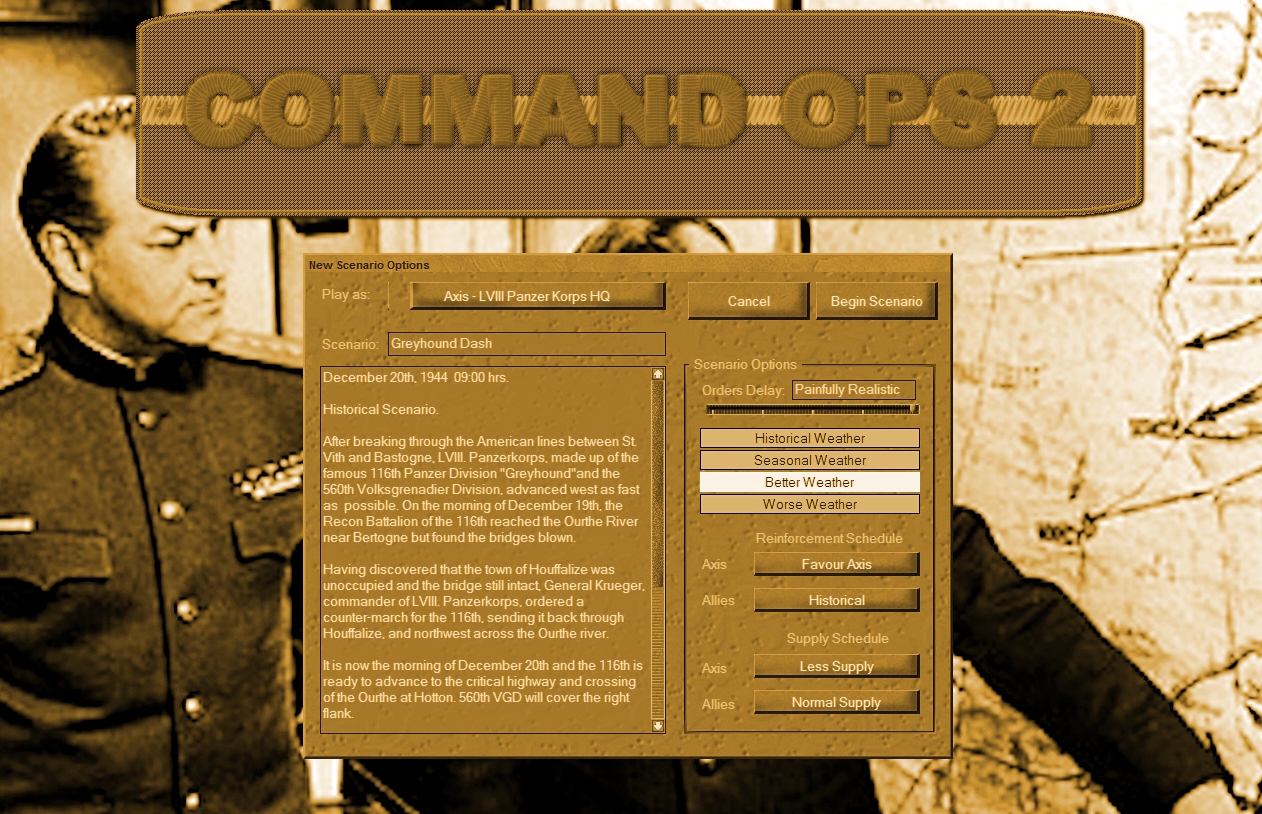 Have I just bought a Force Fiddler – a game that lets me shrink or swell armies antebellum? Is this game Realism-Neutral? Will it turn a blind eye while I turn off order delays and friendly fire for my side while leaving it switched on for my opponent? Or perhaps I've purchased a Panoply Profferer (a creation that relies on a mountainous heap of challenge-rated scenarios for its variety and democracy) an Alt-Historian (varies resistance with the help of plausable scenario variants and toggleable what-ifs) or a Tommy Turncoat (switch sides for more/less challenge). 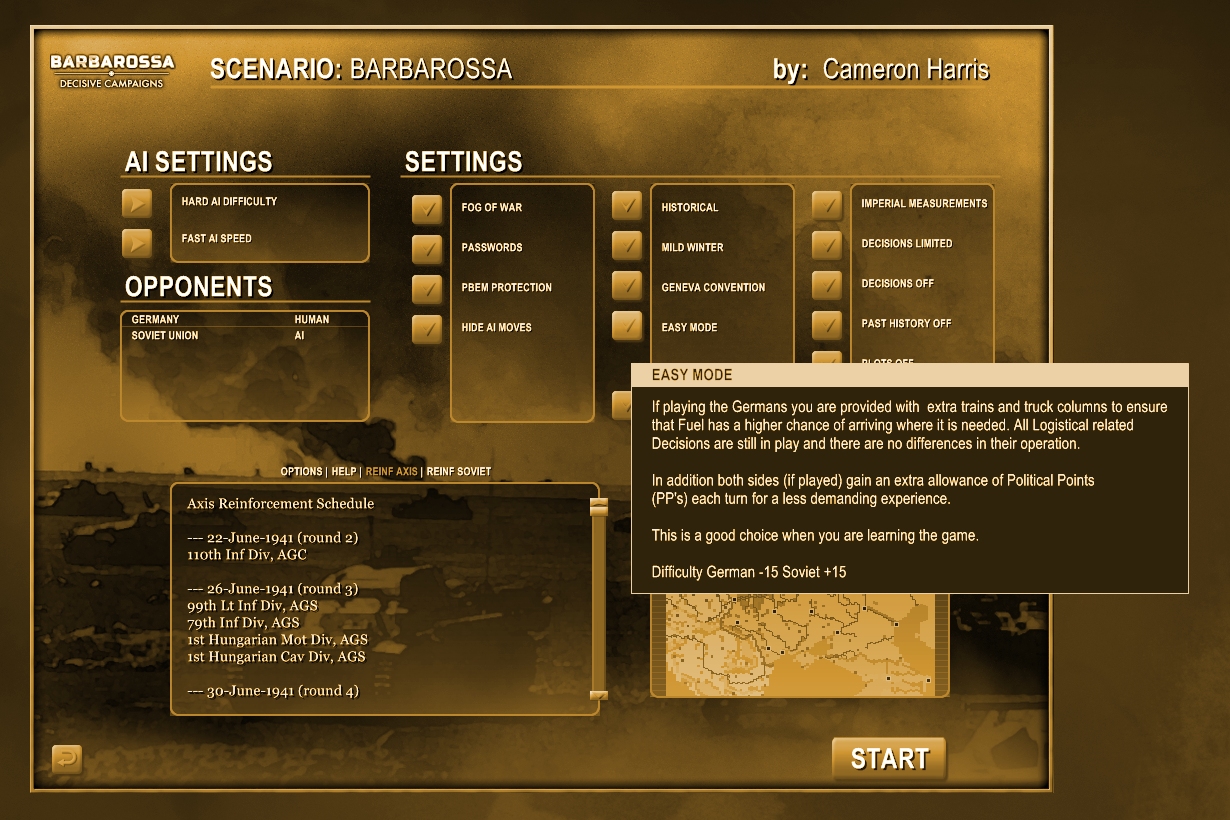 The lack of consensus is interesting, suggesting as it does that there's no 'right' way to winterize a wargame for all abilities and frustration thresholds. What matters is upolding the Compact not the way in which you do it.

Except, no, that's tosh. All methods for steeling/softening a wargame's default challenge level are not equal. Just because nudging the difficulty slider in a wargame rarely if ever effects the degree of cunning displayed by an enemy general doesn't mean that such a link isn't desirable or logical. It simply means it's beyond the capabilities and resources of most wargame studios. 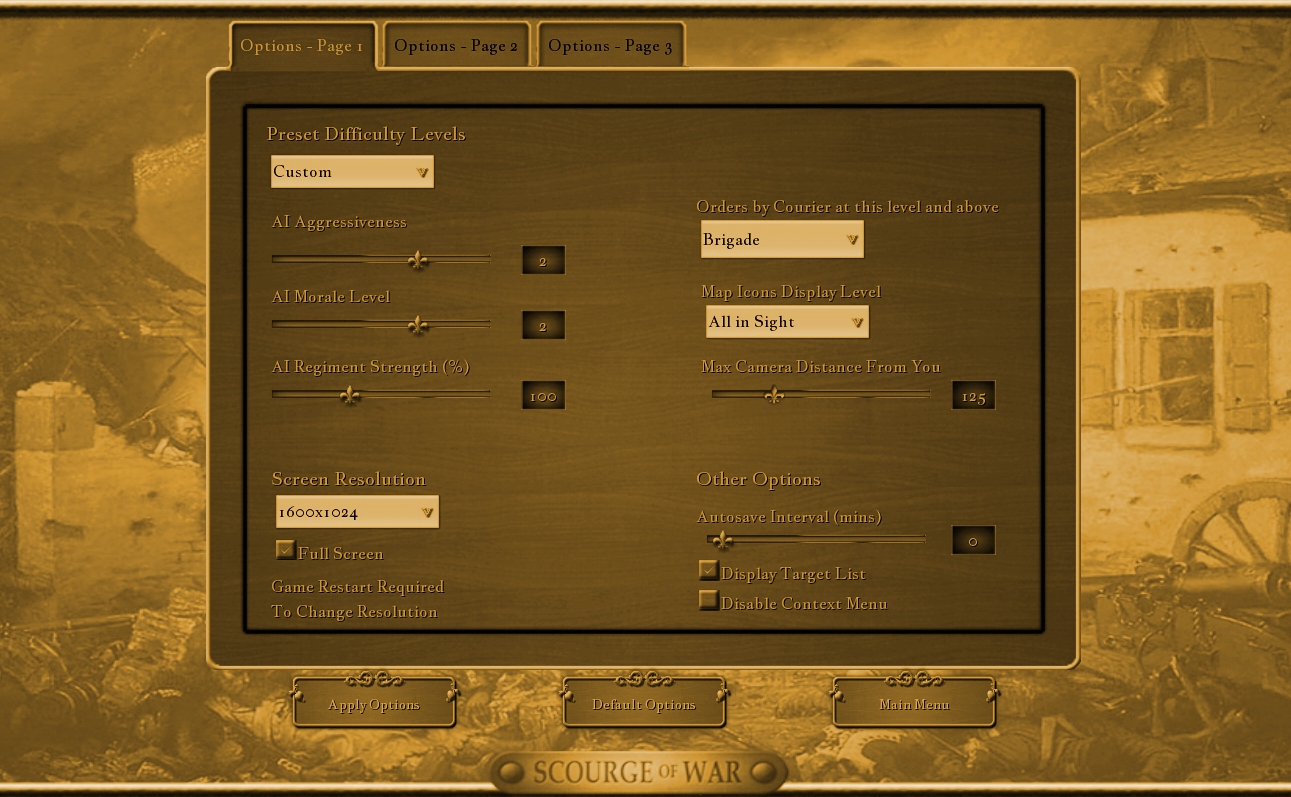 I'd argue that there are few better ways to water-down/beef-up difficulty than by adding or removing elements of command realism. Until strategy smiths figure out a way to deprive us of sleep before an engagement, give us consciences, ambitions, hemorrhoids, etc, profound command realism will, of course, be impossible. However, what they can do through optional insight-bestowing mechanisms like courier simulation and restricted cameras (Scourge of War), political pressure (Decisive Campaigns: Barbarossa), order rationing (Flashpoint Campaigns) unit disobedience (Close Combat) and super-fleecy Fog of War (CMx2) is let us modulate challenge without simultaneously stripping the heart and soul out of scenarios.

If ramping up or down roleplay is one of the best ways to customise difficulty then loading dice has to be one of the worst. Whether bouncing bones are hidden away or proudly displayed, they represent randomness in its purest form and therefore must, surely, be considered sacred. Similarly, when you flick an options menu switch that, in effect, turns all your Panzer IVs into Tigers and all your tank commanders into Wittmanns, you're corrupting the very thing that makes a wargame a wargame.

Happily, the vast majority of designers seem to appreciate the sometimes subtle difference between aerating history and abusing it. Over the last few days I've been sifting through the military strategy titles I own, taking notes on difficulty approaches. Invitations to tamper with dice or seriously distort unit relationships are rare. One of the few game families that does stray into this dangerous hinterland is, surprisingly, Talonsoft's Campaign series, a franchise that has cast a long shadow, and been recommended several times in The Flare Path.

Now that I've realised that moving the 'Advantage' caret westward in my favourite instalment, Campaign Series: Middle East, effectively up-guns and up-armours my Shermans and Centurions and allows my Meteors and Skyhawks to carry weightier munitions, I suspect I'll be leaving it dead-centre in future. 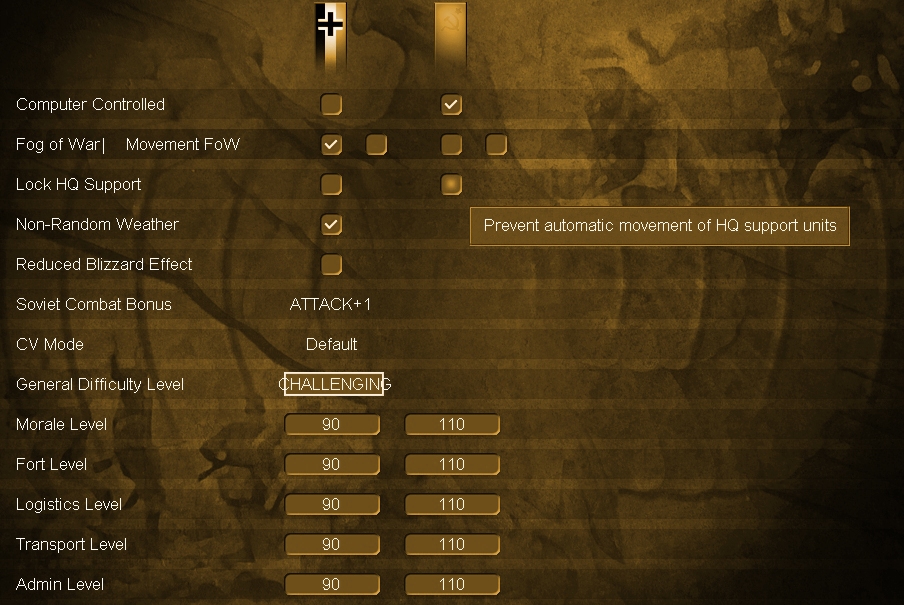 To be fair to CSME, a few alternatives to that dubious advantage slider are offered. Like many serious battle sims, the Divided Ground revamp recognises that we wargamers are a varied bunch with diverse penchants and pet-hates, and dots its pre-scrap screen with other toggleable options, many of which impact difficulty. The mix-and-match smorgasbord approach employed in titles such as CSME, Command Ops 2 and Graviteam Tactics is taken to extremes in Gary Grigsby's War in the East. In fact GGWitE's options screen is so littered with tickboxes and tweakable balance alterers, it leaves me pondering the question “Is customisable difficulty necessarily a good thing?”

I don't know about you, but I only tend to reach for difficulty settings when I'm struggling to make progress in a sequential campaign, or victories are coming embarrassingly easily. Deep down I think I slightly resent Clause III of the Difficulty Compact – the assumption that I, the player, will determine my own challenge level through patient experimentation. After every painless victory or crushing defeat I really don't want to be thinking “Perhaps it's time I retired to the Difficulty Sonderkraftfahrzeug and adjusted a few knobs”. Self-regulation is about as unRommel as it gets. 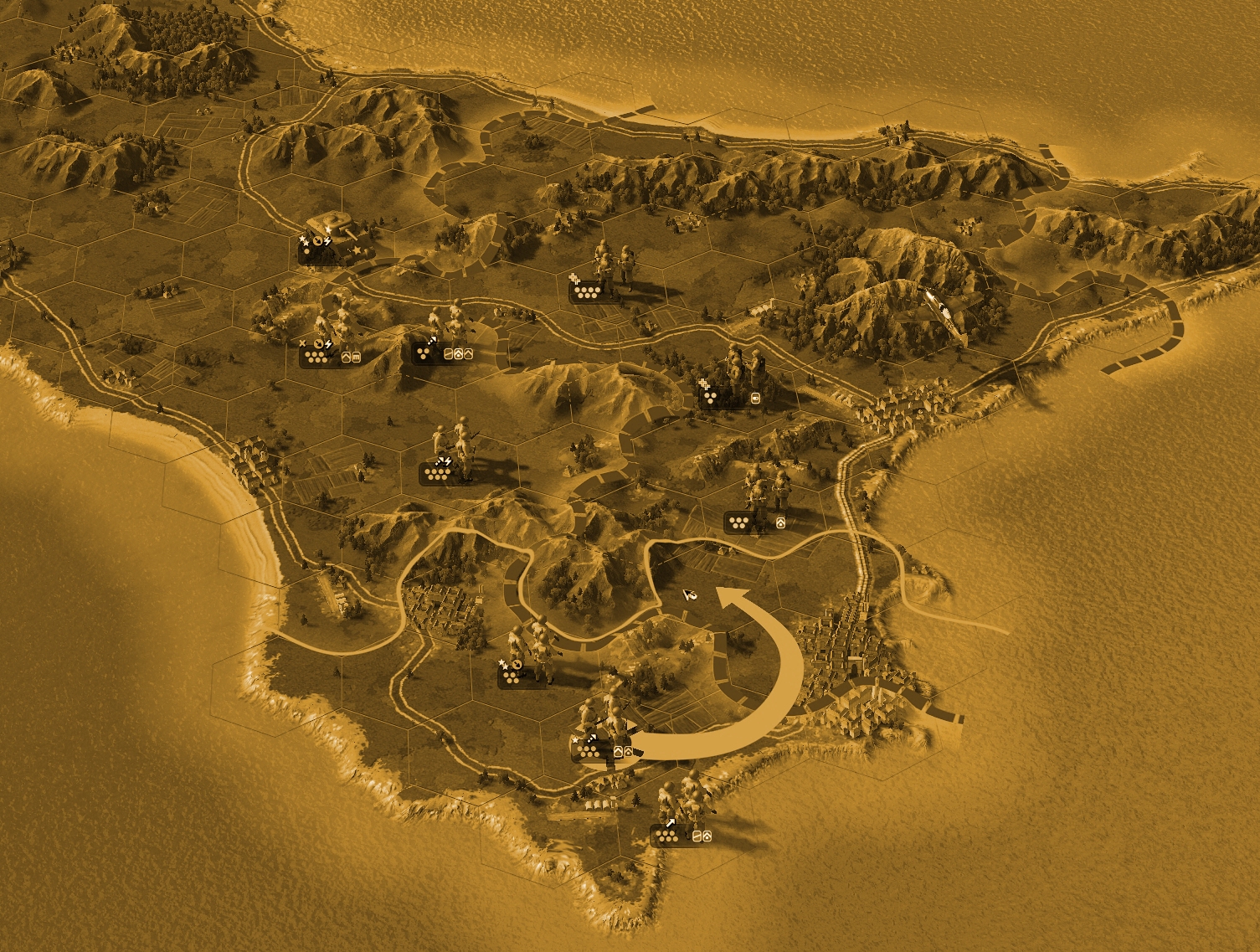 But are the alternatives any better? The last time a significant wargame knowingly ignored the Difficulty Compact the results weren't pretty. The non-negotiable difficulty in Unity of Command was, by its creator's own admission “all over the place” and some customers were left frustrated as a result. By letting history scribe the challenge curve and building a 1942/43 campaign completely intolerant of failure, 2x2 ensured a portion of their players never saw Stalingrad liberated. A new approach to campaigning (branching, optional objectives, gentle start) together with a gradually improving AI promises to make the sequel much more egalitarian. 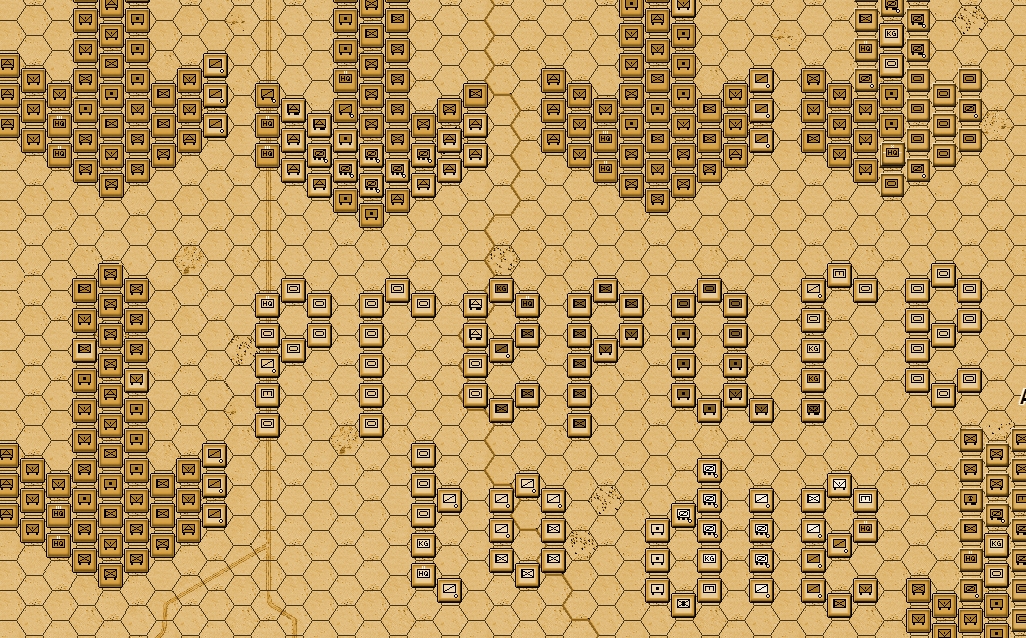 How would you feel if a wargame surreptitiously monitored your performance during a campaign then adjusted difficulty accordingly? Liberated? Alarmed? Disincentivised? What if the surveillance didn't influence battle balance, but did affect your rank and responsibilities within a battle? Do you think there's room in this eager-to-accommodate sector for a wargame that refuses to bend... that positively flaunts its formidableness? Would you a play a wargame in which winning/losing an engagement was less important than accurately second-guessing the actions of a real historical commander or accurately assessing the character of an AI leader? Decades of strict adherence to the Difficulty Compact might have resulted in hundreds of malleable, ego-kind wargames, but perhaps it's also led to a lack of imagination and pluck where difficulty is concerned. One day I hope to play a military strategy title that neither sports difficulty settings or needs them. 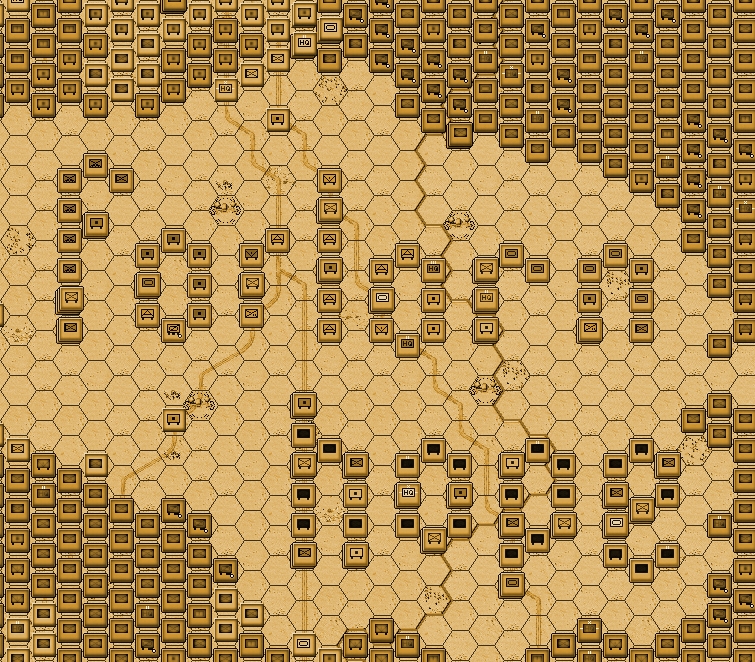