The Flare Path turns seven this week. Here in the UK that means its base chance of spotting fairies decreases to 0.4%, and, in the event of it being arrested for murder or treason, it can no longer opt to be tried by a jury of stuffed toys and action figures. Growing up is a mixed blessing and no mistake. Unlike today's competition-crammed column which is “100% benediction” according to the bloke I purchased it from in The Green Man yesterday night. In the moonlit glade beyond the break, six unusually approachable foxers lounge. Tackle these solo brainteasers (co-op defoxing will return next week) within the next 48 hours and you’ve a chance of winning various top-notch strategy games and sims.

Thanks to the generosity of 1CGS, Creoteam, and GOG.com, I’ve got 30 genuinely brilliant games to give away. Send me (timfstone at gmail dot com) the solutions to one or more of the following foxers by 12.00 GMT Sunday and by Monday you could be happily perforating Panzers, molesting MiGs, sidetracking sentries, and bulging onion bags. 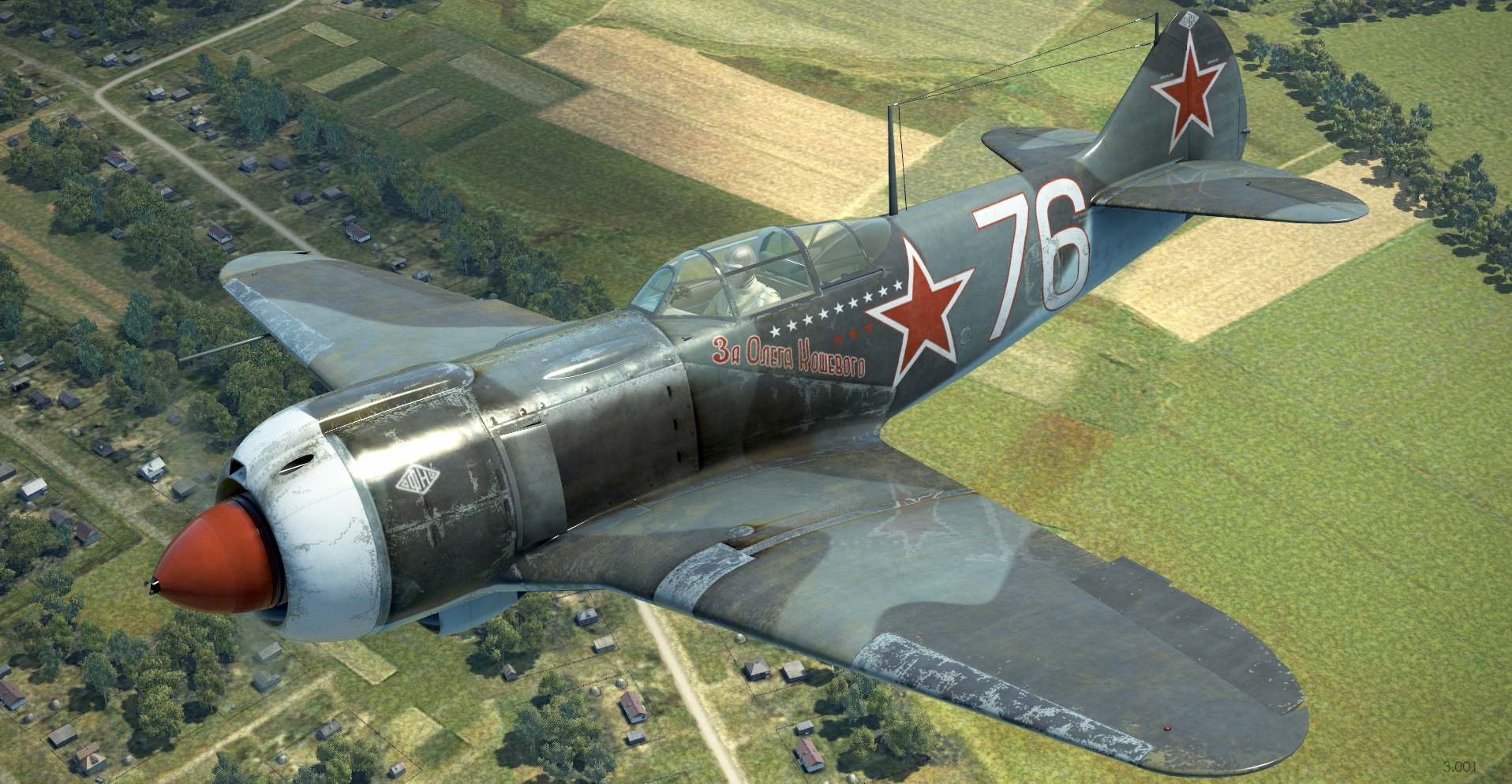 (Five IL-2 Sturmovik: Battle of Stalingrad/Battle of Kuban bundles up for grabs) 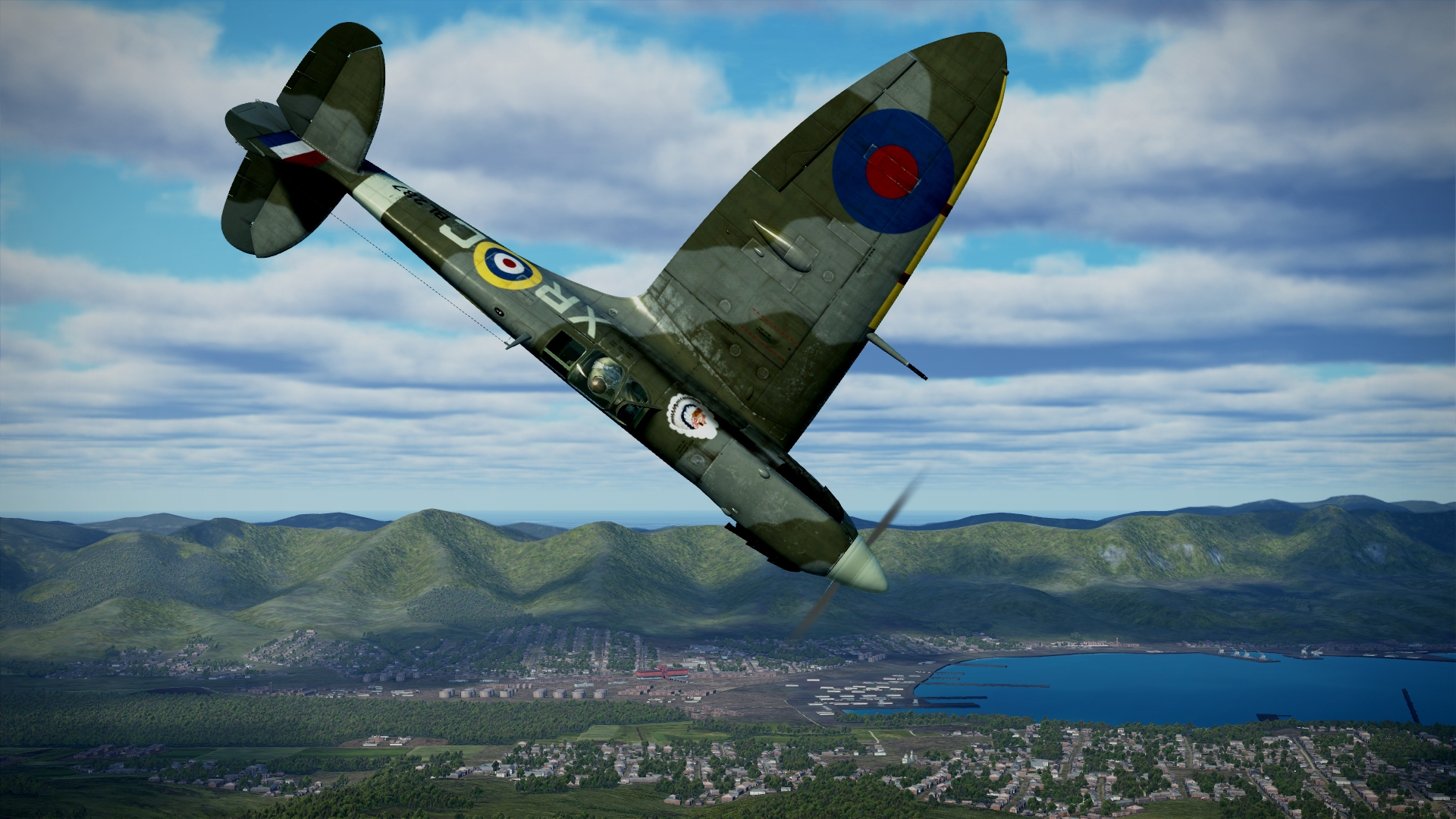 When I was a nipper there was a WW2 flight sim studio on almost every corner. After tea your Dad would thrust a heavy earthenware jug into your hands and say “Pop down the street and get me a gallon of something Spitfiery, son.” and off you'd scamper. Nowadays, of course, we live in a veritable desert. 1CGS/777, the makers of new generation IL-2 Sturmovik, are keeping the genre going almost singlehandedly. Fortunately their output is sufficiently prodigious and high calibre that the lack of competition isn't a huge concern. 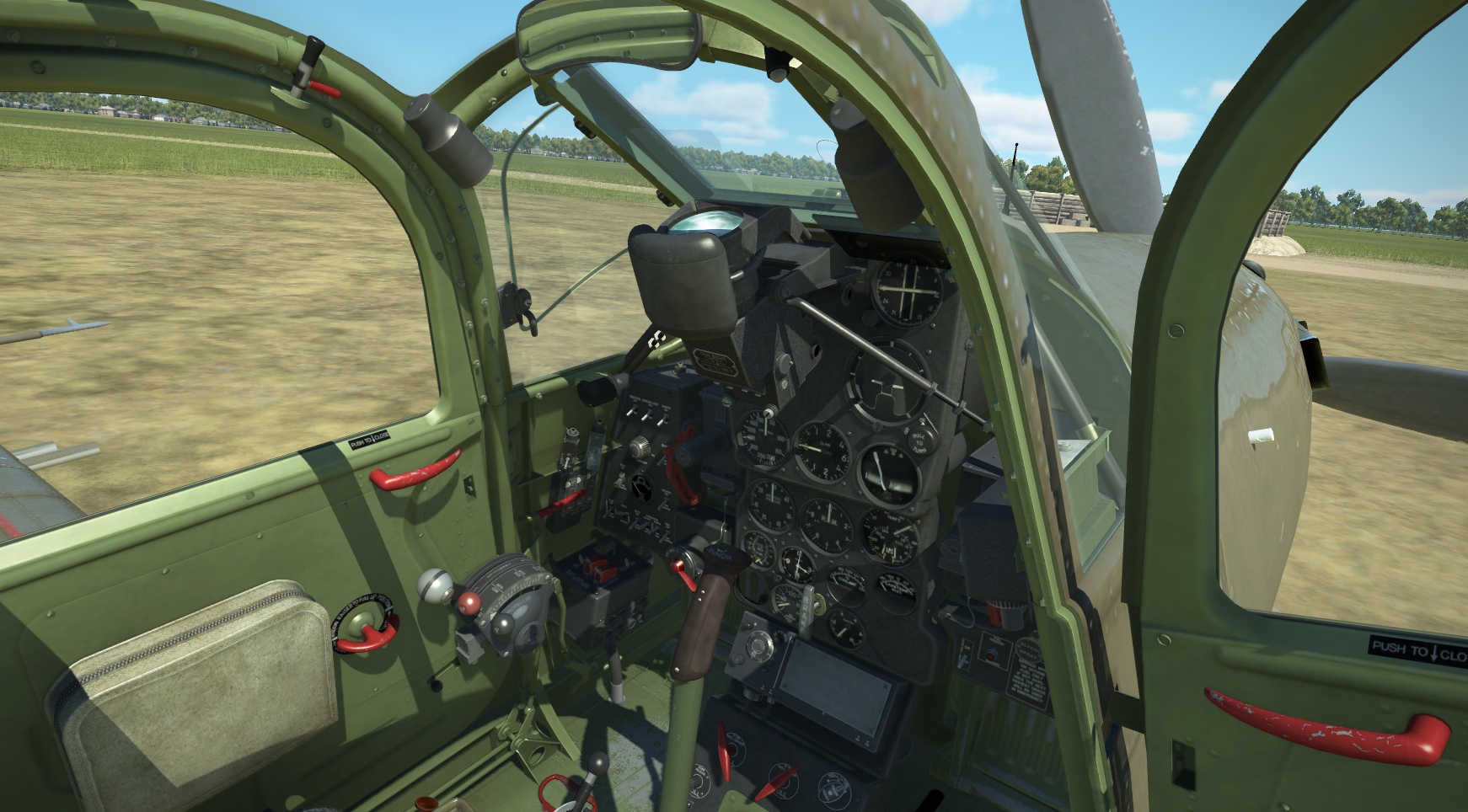 Having dotted the skies over Stalingrad and Moscow with fastidiously modelled war eagles in past years, the Russian torch bearers turned their attention to the airspace above the Kuban Bridgehead in 2018. The venue shift meant we got proper shipping to strafe and skip-bomb, mountains to admire and collide with, and a flock of fine new flyables including Lend Lease lovelies like the A-20 and the P-39. I had a lot fun wreaking havoc in a Havoc back in the Spring and that bomber is included in today's weightiest prize – Battle of Kuban plus IL-2 Sturmovik: Battle of Stalingrad, the base game necessary to run it. 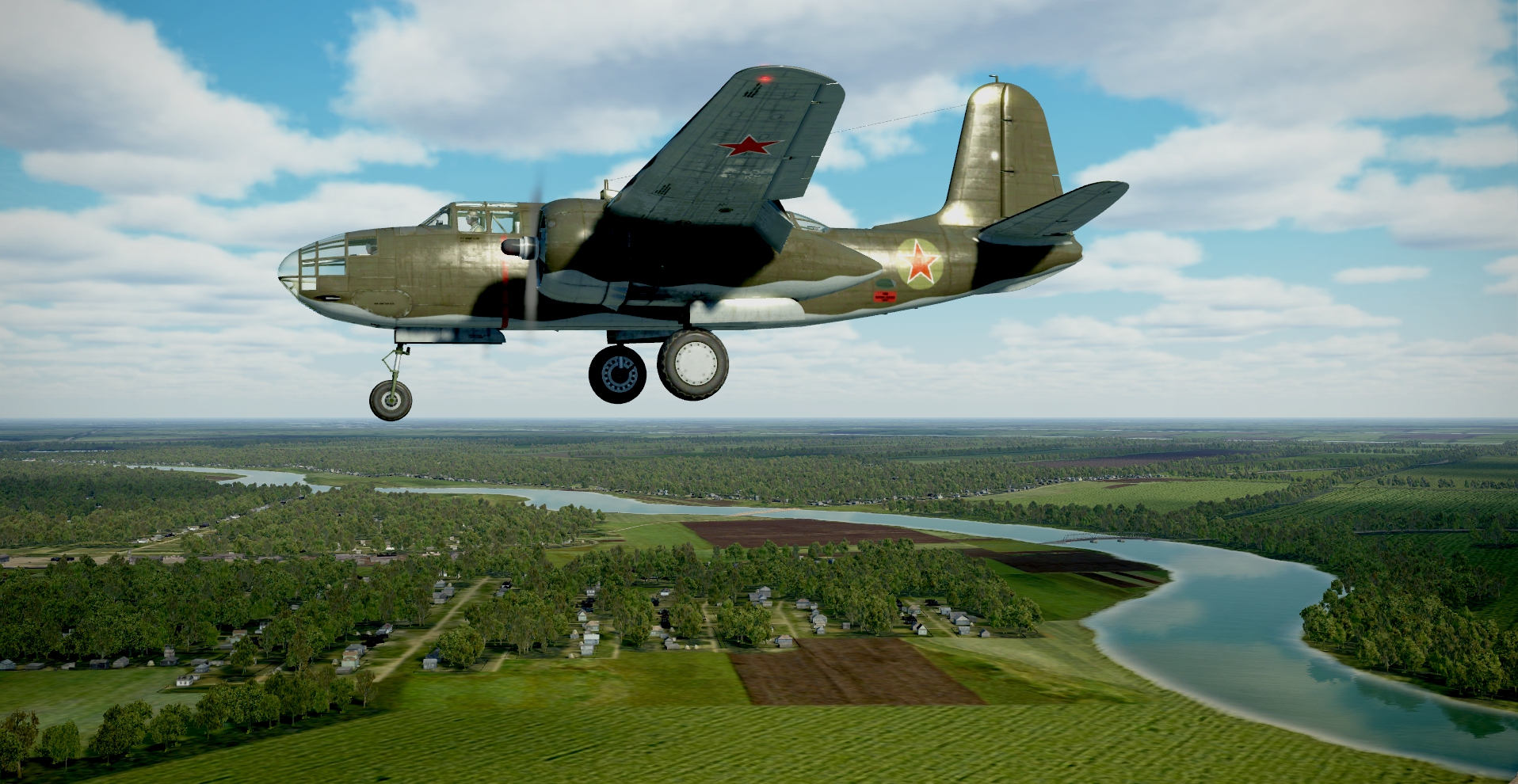 The five winners will be selected at random from contestants who correctly identify at least nine of the twelve WW2 aircraft suggested by this enlargeable collage: 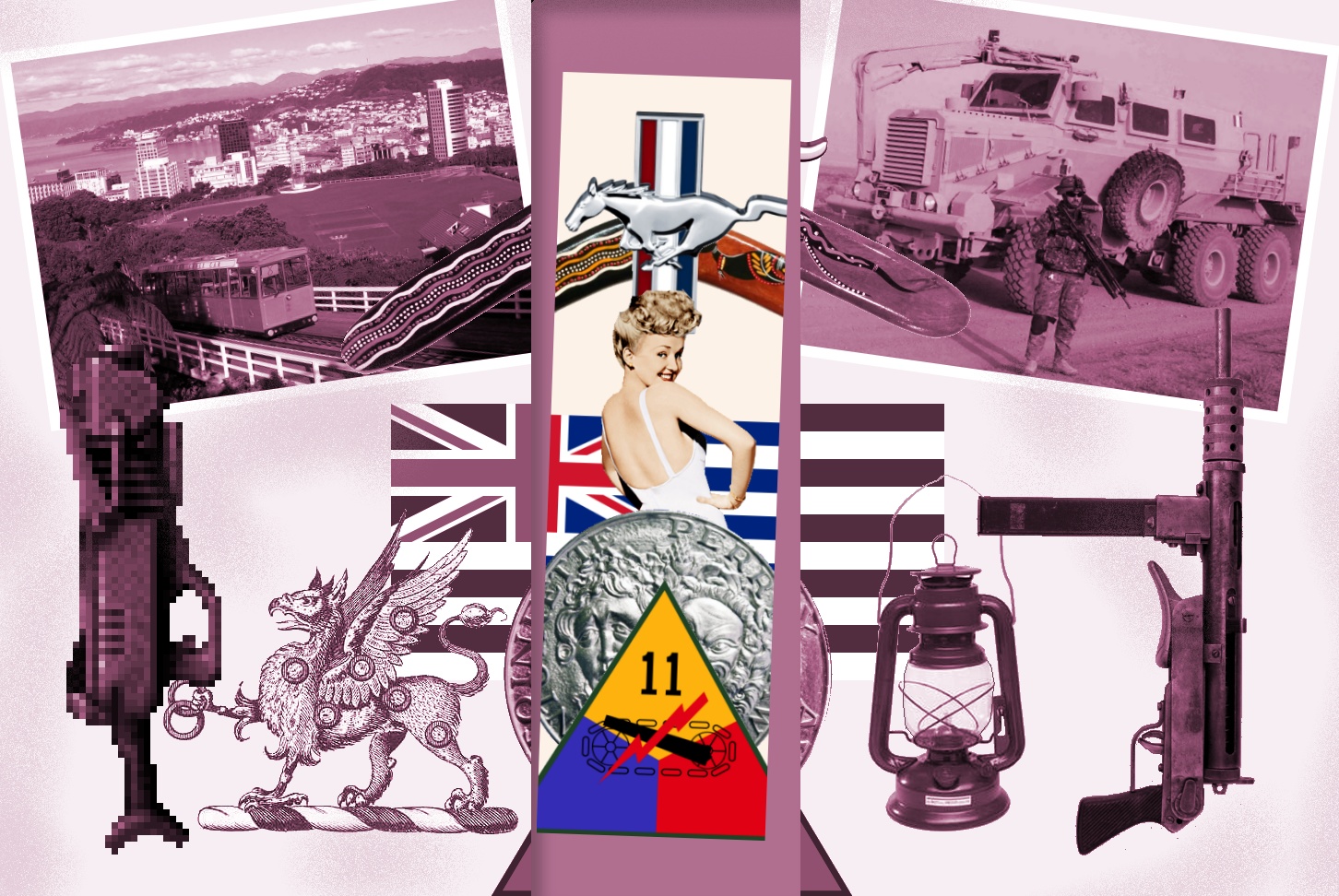 Defox all twelve aircraft and your name will go into the hat twice. Bear in mind the clues aren't especially cryptic so if you've had to jump through hoops in order to link a particular collage component with a particular aircraft type, you're probably Barkhorning up the wrong tree. As Roy Walker used to say on Catchphrase: “Say what you see”.

(Five Steam codes for Football: Tactics & Glory up for grabs) 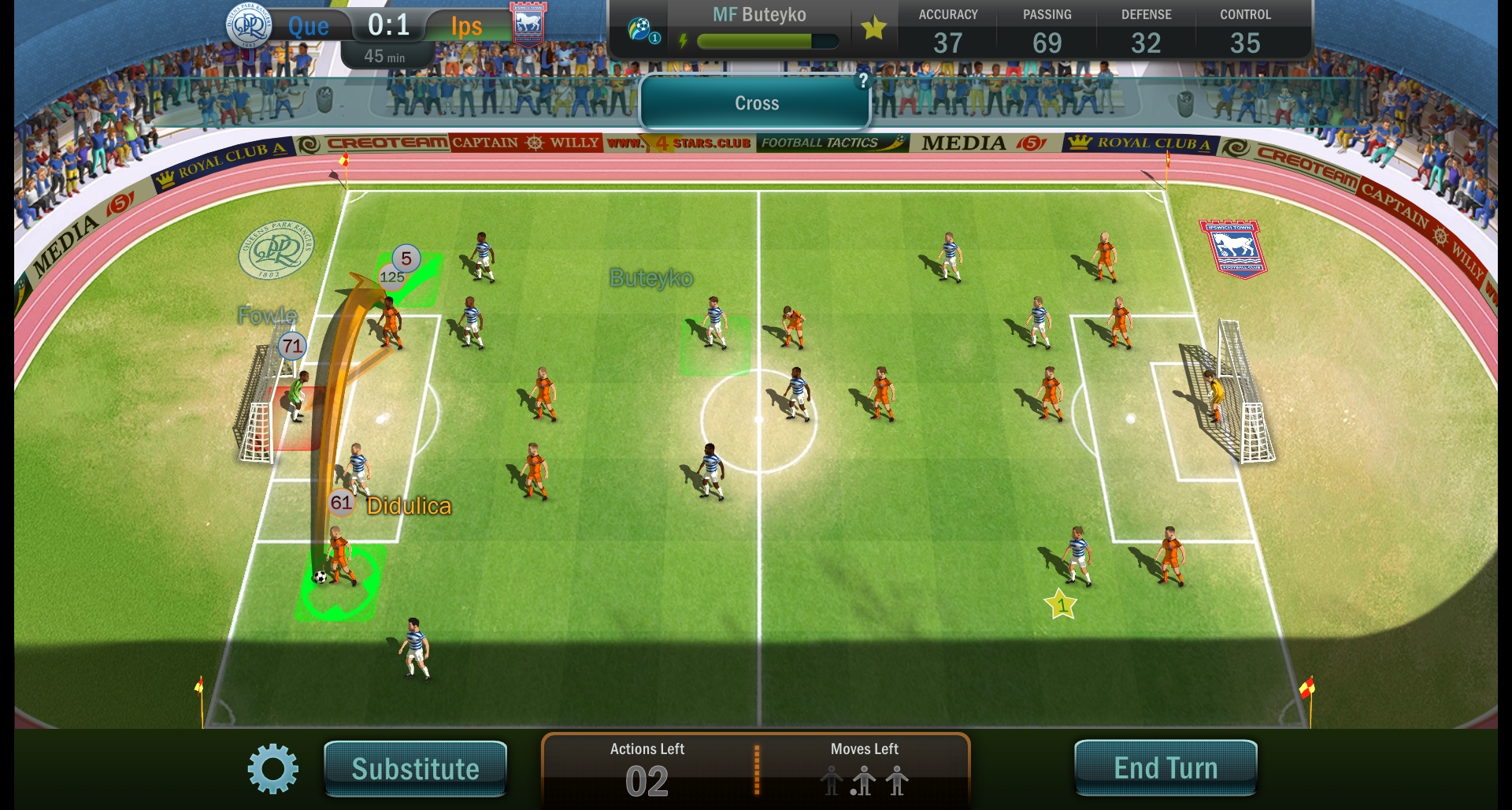 My Game of the Year by a country mile, Football: Tactics & Glory is what happens when coding talent collides with subject matter passion and a gin-clear creative vision. Half turn-based tactics title and half light management sim, FT&G's ability to serve up gripping match after gripping match has to be experienced to be believed. My current team, Cheapside Orient, has played hundreds, possibly thousands, of matches since it was established fourteen incident-packed seasons ago, and thanks to brilliant AI, a wealth of tactical options, and constantly changing combinations of players, formations, and league and cup circumstances, I'm still utterly mesmerised by their triumphs and travails. 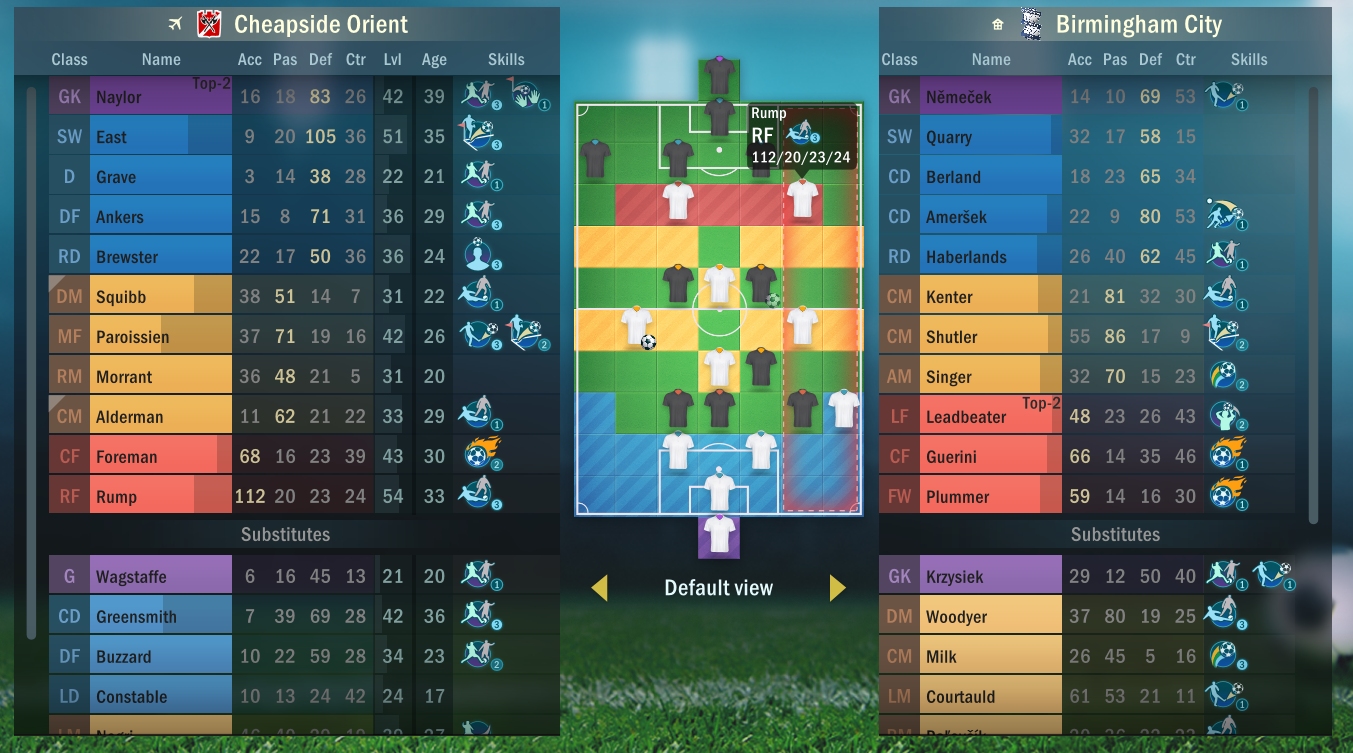 Fancy swapping shots for shots... volleys for volleys...  a dugout for a dugout? Send me the answer to the following question by Sunday lunchtime and Creoteam's superb sports wargame could be yours. 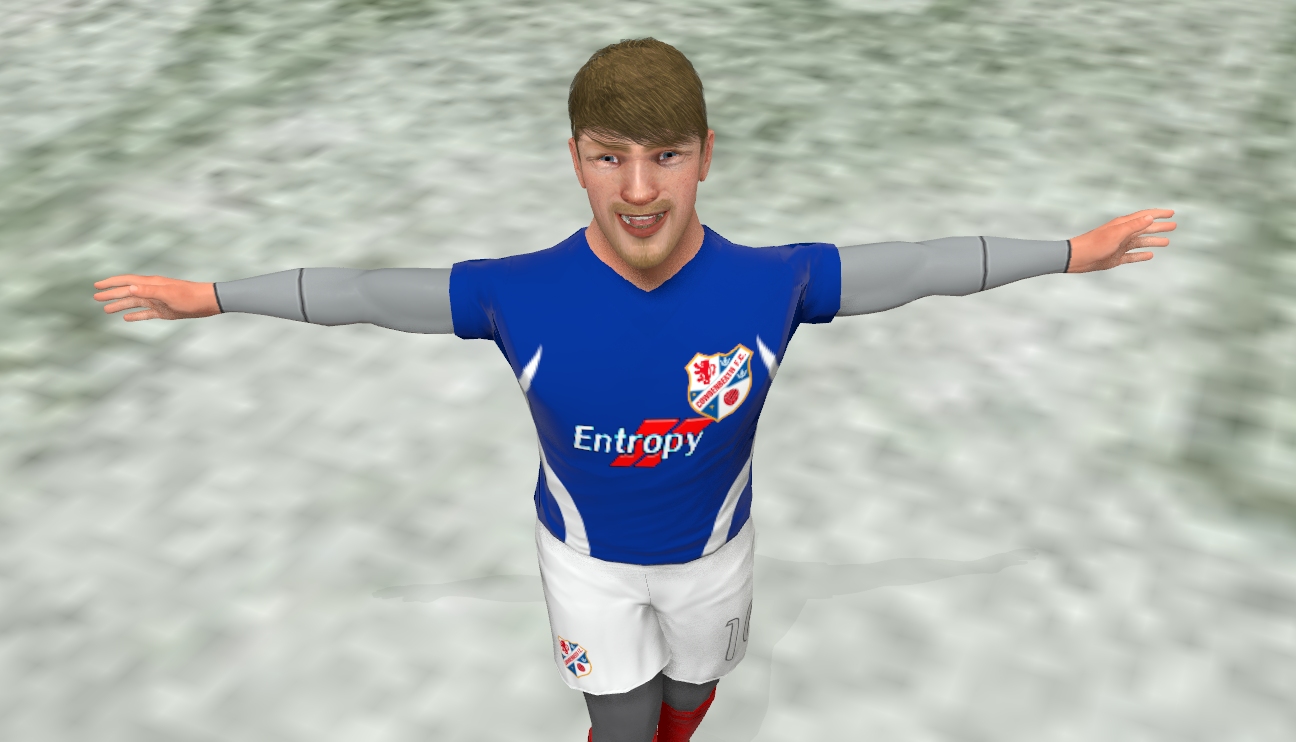 SOLUTION: I was here.

(Five copies of Combat Mission: Beyond Overlord up for grabs) 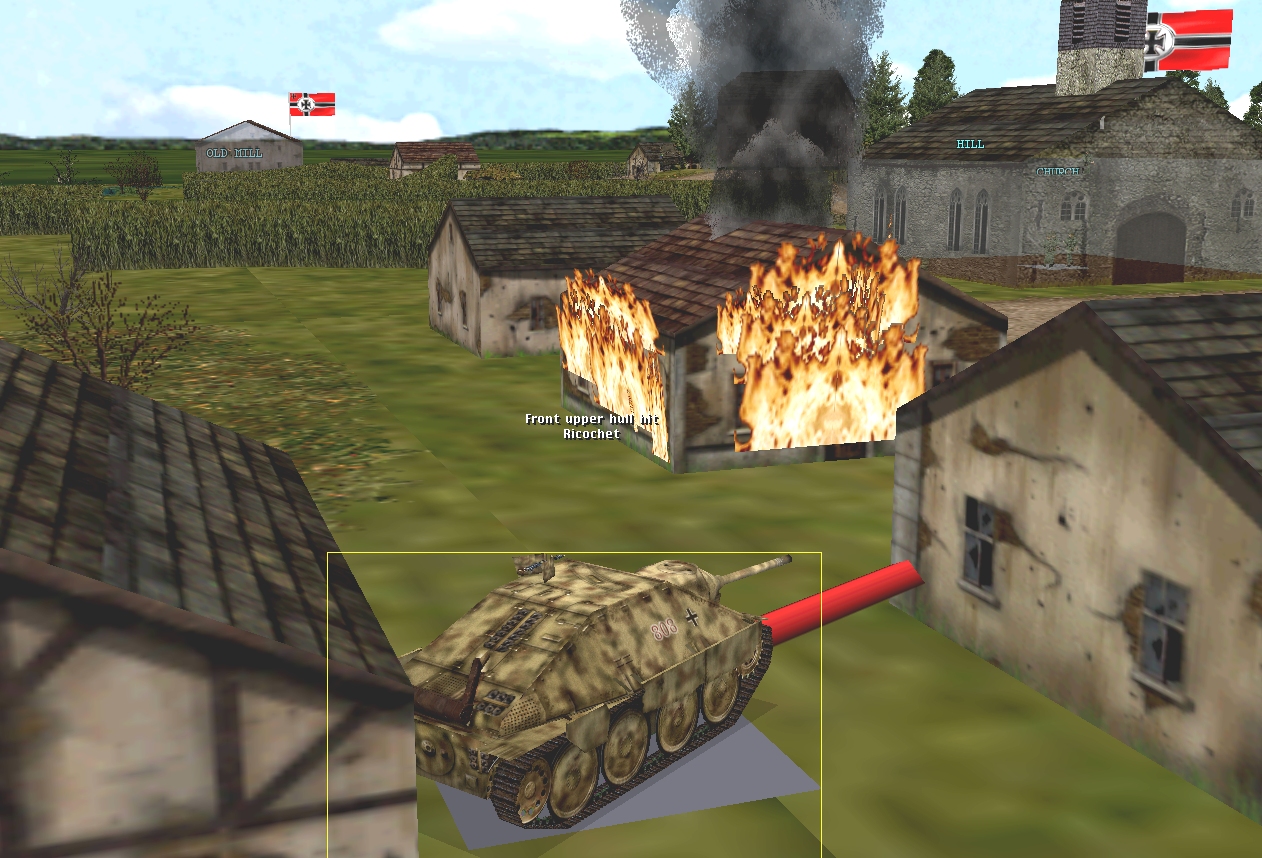 I reckon this summer's communal, comment-driven defence of Caent proved Combat Mission: Beyond Overlord still has the power to persuade and pulse-propel. Although disadvantaged by a complicated map and an unfavoured role, CMBO's artificial Allies managed to produce a clutch of those nailbiting, pungent moments for which the game and its successors are justly famous. Those successors – Barbarossa to Berlin, Afrika Korps, Shock Force, Red Thunder etc.. are more sophisticated, more realistic creatures than CMBO but are they more fun? Eighteen years on I remain unsure. 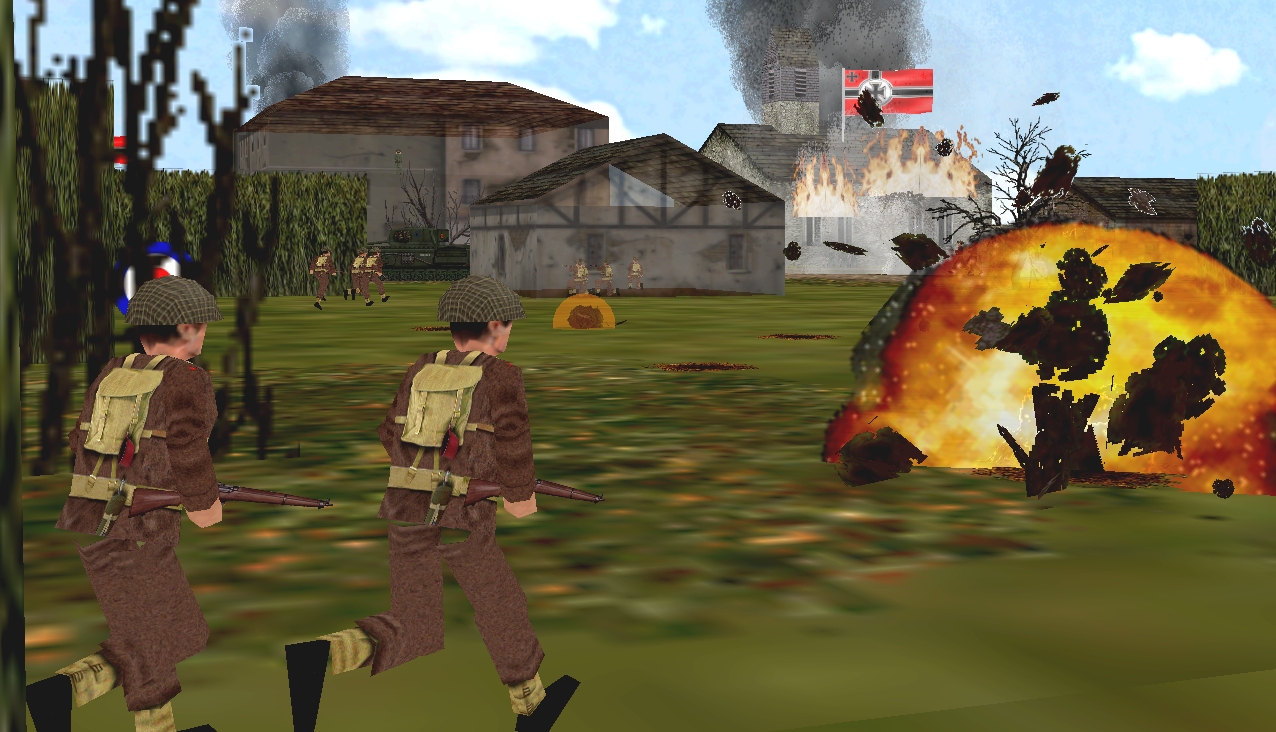 I suspect most Flareopaths already own CMBO but if you're one of the unfortunates who doesn't, why not take steps to make good the deficiency by participating in the following vowel hunt. Below is a list of '15 Things Wot You Might Find in Normandy' (‘things’ is used here in its broadest possible sense). Entries have been stripped of vowels and had any inter-word spaces repositioned. For example, if William the Conqueror was present, he might appear as…

(Five copies of Commandos Ammo Pack up for grabs) 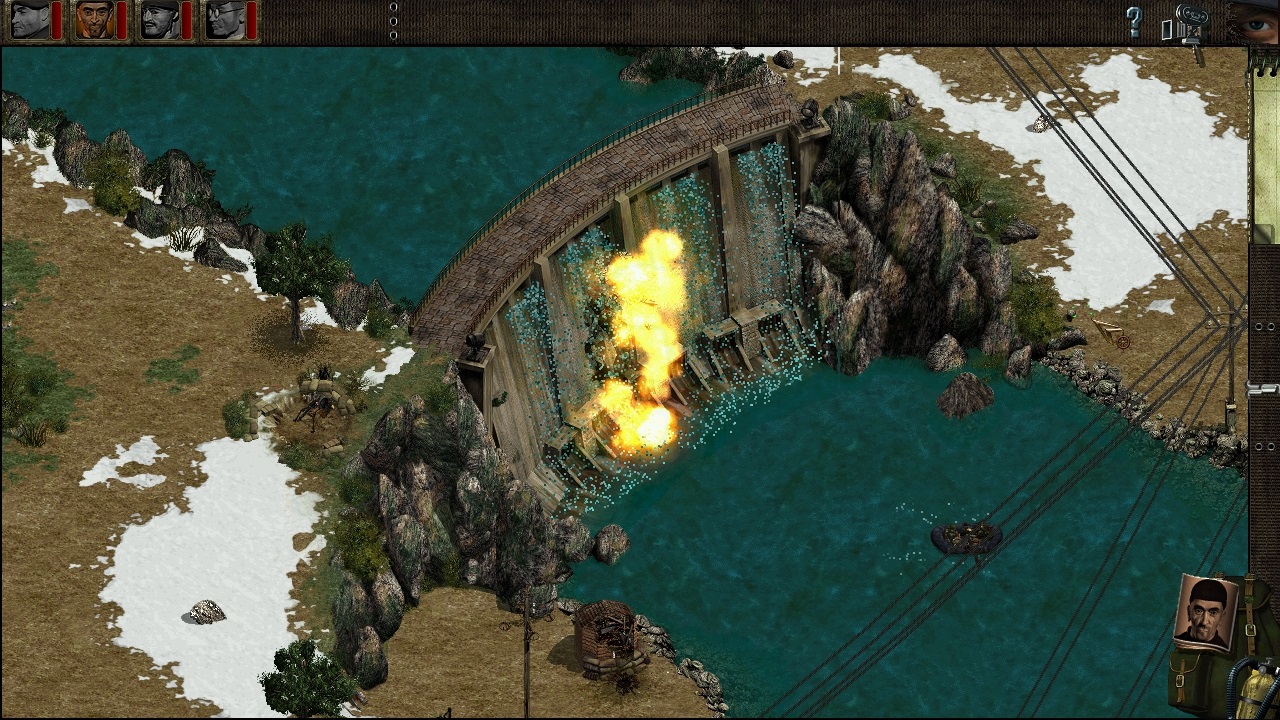 Another evergreen WW2 tactics title Flare Pathed this year was Commandos: Behind Enemy Lines. More colourful and less maddening than I remember, Pyro's pioneer doesn't have quite the charm or sophistication of Shadow Tactics: Blades of the Shogun but the levels are so lovingly crafted and thick with WW2 exotica and derring-do, shortcomings quickly fade from view. 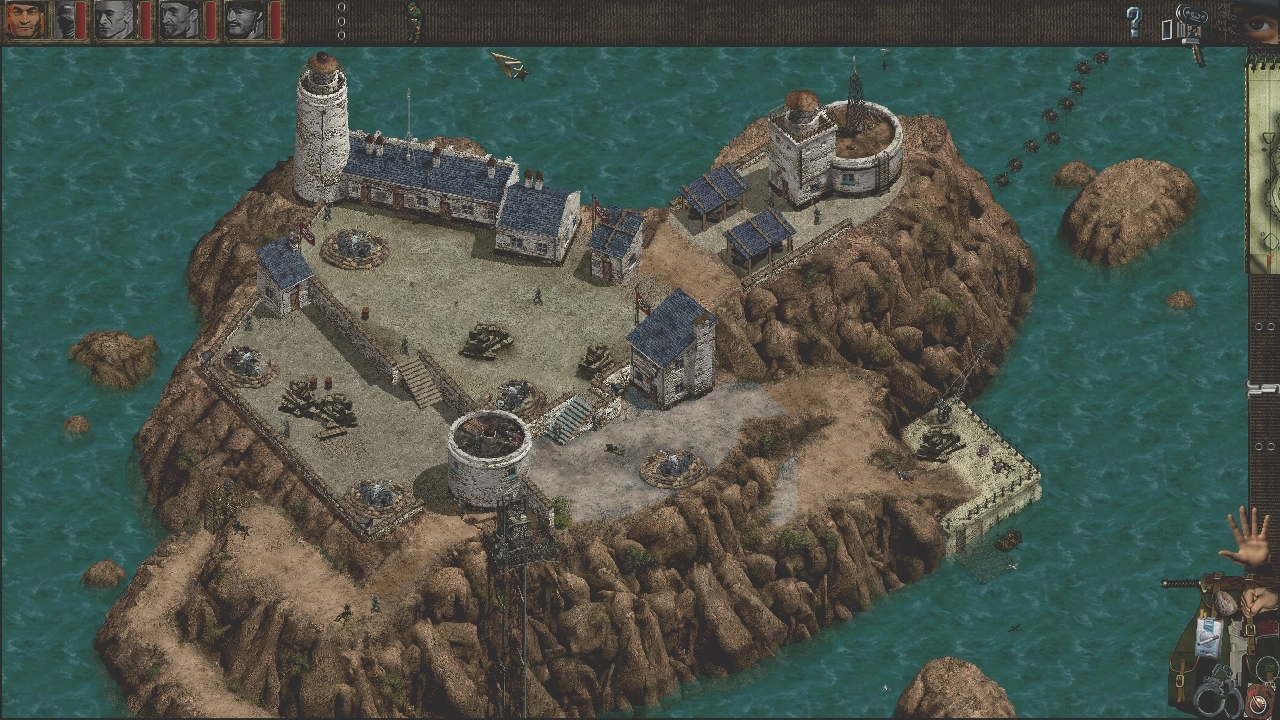 Donated by GOG.com, the prize includes Beyond the Call of Duty, an expansion that added some fabulous maps and introduced great features like manipulatable captives, hostile fauna, and distraction by nicotine.

Hopefully, Roman, my Chief Foxer Setter, got permission from D.C. Thomson to use the cover from the very apposite/tempting Outfoxed! as the basis for this enlargeable puzzle. There are sixteen differences between the pic on the left and the one on the right. Prove to me you've spotted at least fourteen of these and your name will go into the hat once. Complete the puzzle and you'll be entered twice. 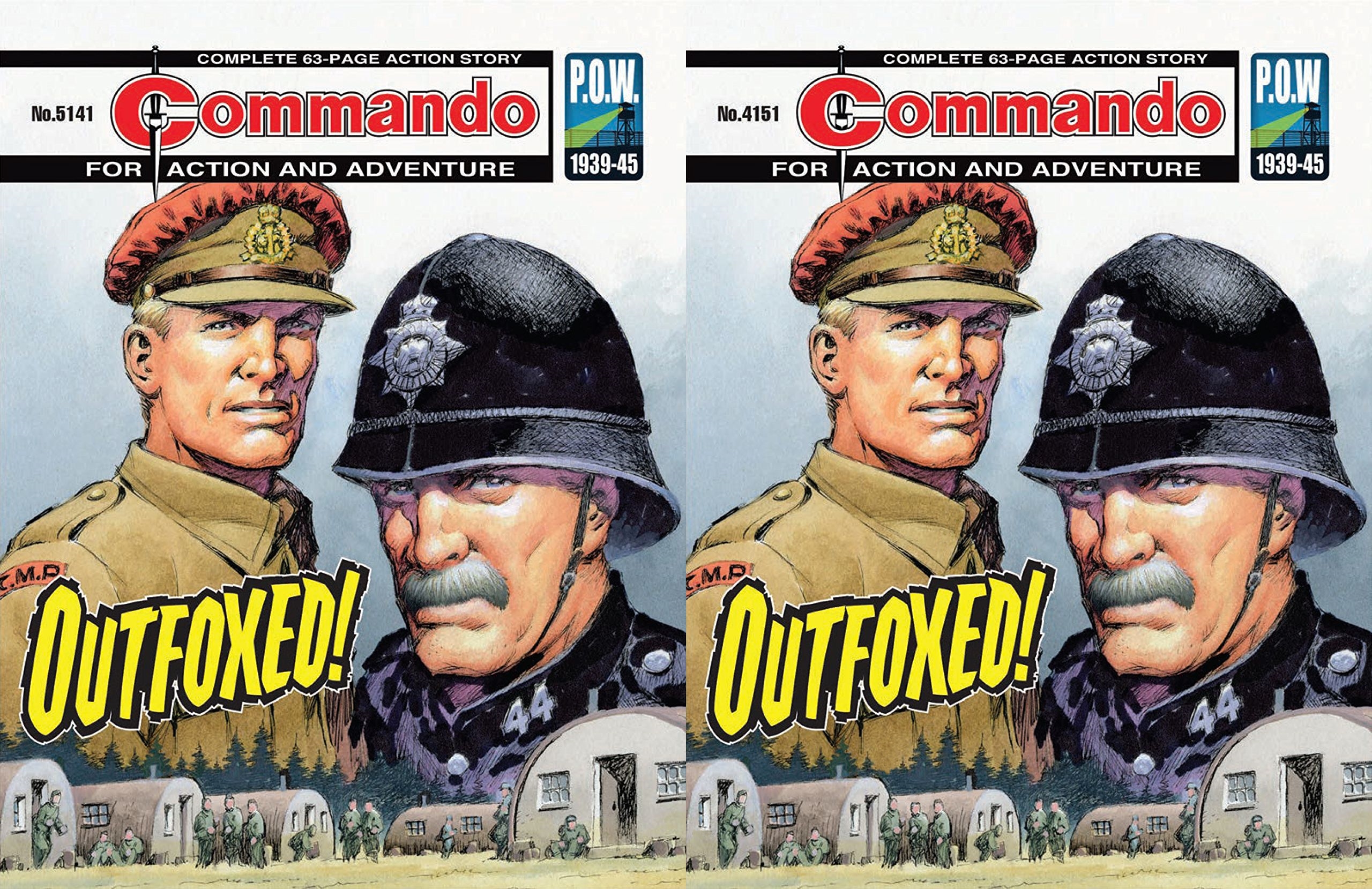 (Five copies of Close Combat III up for grabs)

Originally, my Close Combat III foxer was going to take the form of a question related to the box/manual cover (“WTF is the Russian soldier with the impressive/expressive eyebrows pointing at?”). Ultimately, though, I decided to go with something a little less existential.

CC3, one of the best pop wargames ever made, sports campaigns with history-bending denouements. Cunning Panzer pushers get to do something Bock never did – guide German armour right into the heart of the Soviet capital. The eight shortcuts below all belong to games that, like CC3, feature Moscow. Deciphering six of the anagramised titles will earn you a place in Sunday's draw. Get all eight and your chance of securing one of the five copies of CC3 kindly supplied by GOG will double. 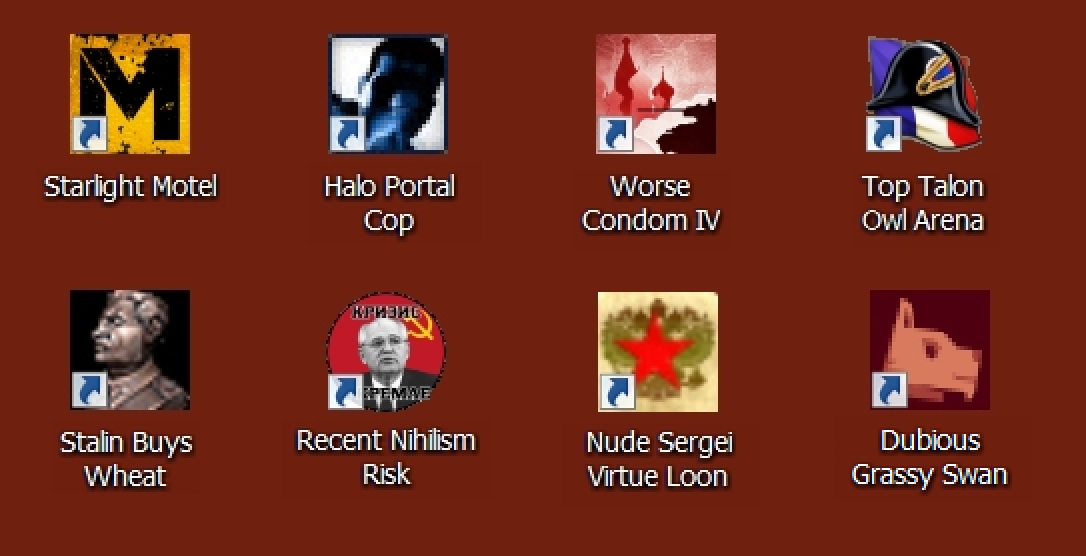 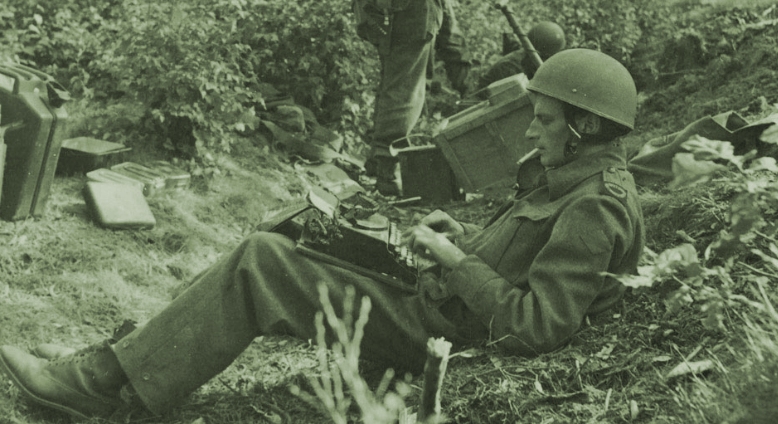 There should have been six sets of prizes in this year's selection, but a technical hitch meant one of the prize games went AWOL at the last minute. Rather than let a perfectly serviceable foxer go to waste, I thought I'd fashion a new prize for that puzzle myself. Ladles and Gentle Bens, cobbled together from moonbeams and adrenalin, this year's Special Prize is a once-in-a-lifetime chance to shape an edition of The Flare Path!

One lucky solver of the hive foxer below will, at a time that's convenient to both of us, take on the role of Flare Path Guest Editor. For one Friday they'll decide what games or subjects I cover. Think I've criminally neglected a recent vehicle sim or failed to recognise the brilliance of a certain wizened wargame? Now's your chance for redress. You don't have to send me your editorial diktats with your answers; should you win, I'll contact you later to discuss the details.

For those unfamiliar with hive foxers (a flagrantly filched concept) they're basically fancy word searches in which every cell is used, and words curl and zigzag but never overlap (Here's a recent solution by way of a guide). While the communal variety tend to be as tough as old boots, this one is, thanks to a disclosed-at-the-outset theme (the Special Air Service) and some unused hexagons, relatively approachable. 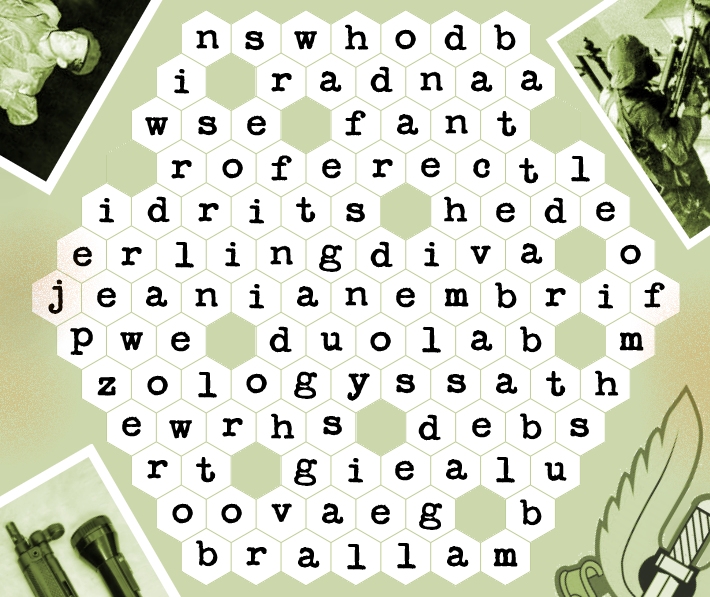