Could the dynamic campaign mentioned so prominently - so temptingly - on Combat Air Patrol 2's Steam page, finally be near to release? For the sake of Sim155's incredibly patient customers and rather tarnished reputation, I pray the answer's 'yes'. The last dev update suggests that CAP2's most arresting feature is now, finally, almost at the top of the studio's agenda. Lead developer Ed Scio used the post to tantalize...

“From a technical standpoint the campaigns are simulated minute by minute with acceleration as required for times such as lulls in combat. You'll set which events will disable acceleration such as new radar contacts, enemy proximity to assets, distress calls etc. From the main campaign screen you'll be able to switch to a 3D view of any of your assets (carrier/aircraft/ships/drones) at any time. During flight you'll be able to switch to the Tactical view & your AC will enable autopilot with Alt hold till you return. You'll have a limited number of airframes; return to the ship with damage and that airframe will be unavailable for a length of time based on damage level."

...but sadly couldn't quite bring himself to offer anything as concrete as an ETA. 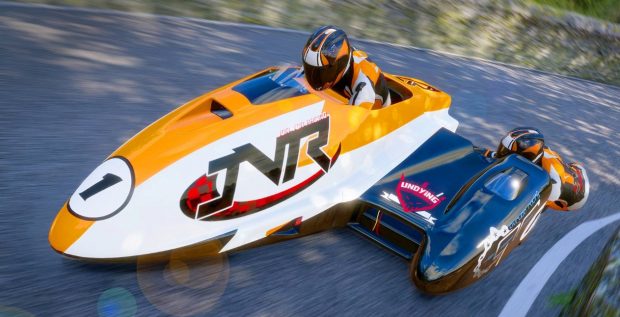 A petition signed by over 3000 Manx lampposts, bollards and wayside trees has failed to dissuade Kylotonn from adding sidecars to TT Isle of Man. Despite sporting 50% more wheels than the machines in the base game and substantially lower top speeds, the debutantes' reluctance to corner and willingness to flip mean they're even harder on the street furniture.

Free until next weekend, the DLC permits local co-op partnerships (internet pairings are in the pipeline).

Press the Tilda Swinton key, then enter /captainslow and /lastcrusade to unlock the meccano motorcycle combination and deployable flagpole lance. 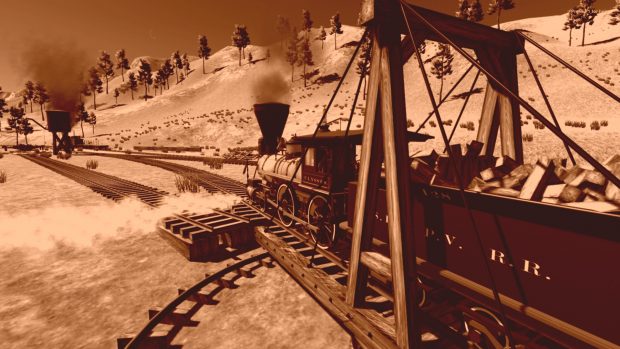 If American Railroads – Summit River & Pine Valley (£11) was a tech demo for The General, a slapstick story-driven railway sim set during the Civil War and filled with grand theft loco and wonderfully physical stunts, it would be guaranteed hectares of future coverage in The Flare Path. Because it's a rough-around-the-edges train game with primitive loco controls and no Keatonesque aspirations whatsoever, this may be the last time it's mentioned in this column. 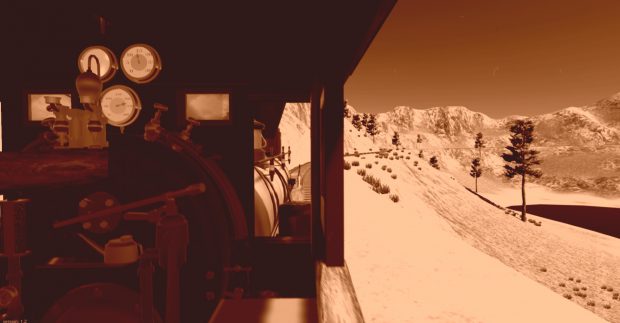 A pleasing reliance on “kinematic simulation” means the iron nag in ARSRPV loses its footing very plausibly and derails with rare naturalism. However, disappointment dawns when you climb onto the footplate and discover the complete dearth of prototypical levers and controls. As Stefan Kelnberger's loco is spurred and stopped with a combined throttle and brake that also acts as a cruise control, trundling around the fictional route with a working steam crane in tow is nowhere near as engaging as it could be. 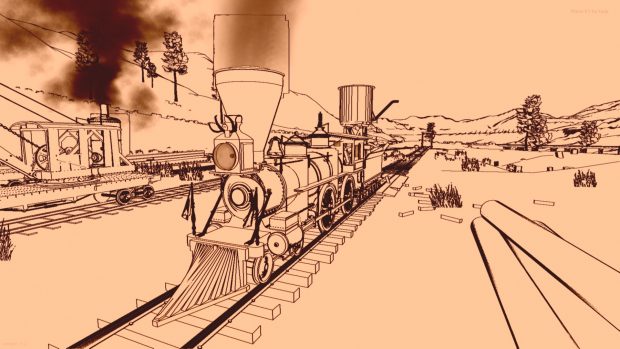 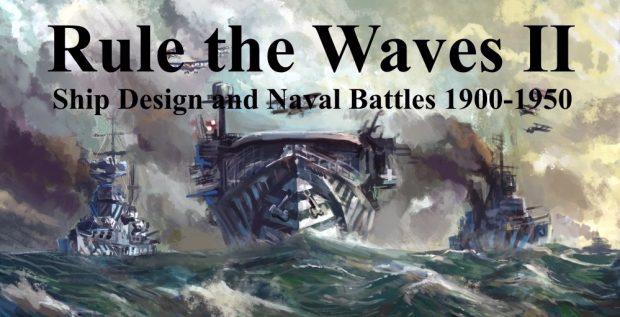 An early 20th Century focus meant players of multi-storey/story design-your-own-vessels naval wargame Rule the Waves didn't have to fret about flattops and fascism. For admirals in the under-development sequel, fictionalised Avengers and Adolfs are likely to be major preoccupations.

With freeform campaigns that run well into the 1950s, Fredrik Wallin's follow-up will have to grapple with simulatory challenges such as modelling search and fire control radar, and early forms of anti-ship missile. The first developer journal outlines all the differences, and, via two austere screenshots, suggests that little will change in the graphics department. That rumour going about that Killerfish Games were providing the visuals for RTW2? Total bilge I'm afraid. 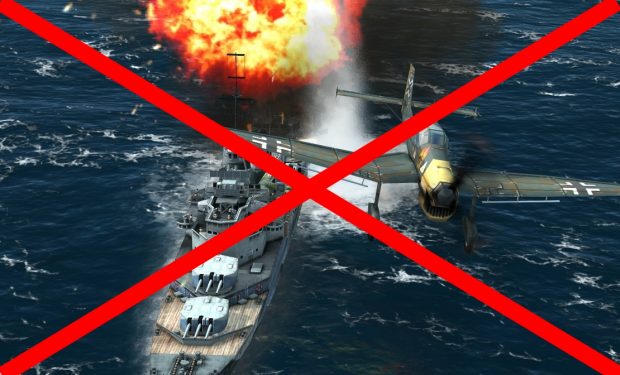 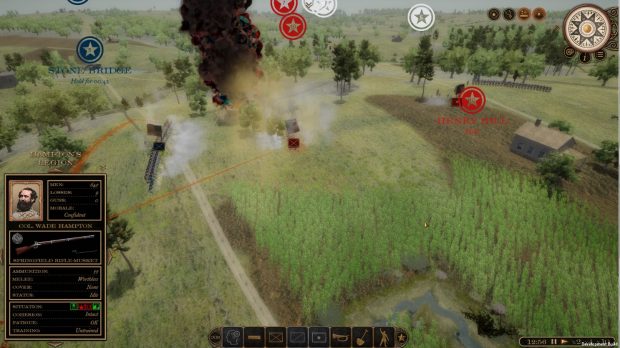 Talking of developer diaries, it's high time Flare Path mentioned the epistles of Oliver Keppelmüller, Ilja Varha, and Peter Lebek. Explanatory articles on Grand Tactician: The Civil War (1861-1865), an upcoming turnless wargame that will, like its forerunner, blend the tactical and strategic, have been appearing regularly for over a year now, and reveal some rather impressive features. 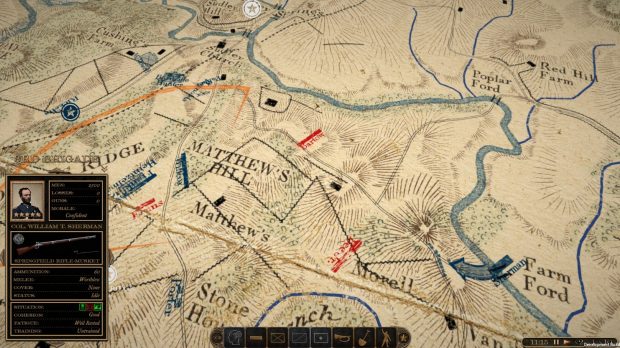 As my relationship with The Seven Years War was irrevocably soured by dense economics and a difficult UI, I'm hoping a future diary entry will expand a little on...

“Feedback from players of TSYW has been very useful when coming up with the design choices for Grand Tactician. We have a good idea about the strengths and weaknesses in  the old design, so we can avoid the same potholes this time around.” 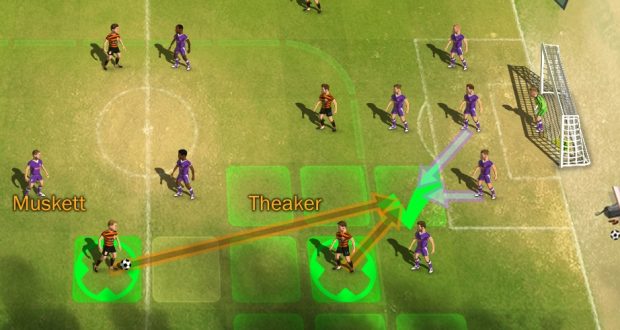 Perhaps once every two or three years, perusal of old football programmes or exposure to potent memory stirrers like The Damned United, prompts me to set aside Shermans and Spitfires for a spell and go off in search of an approachable yet colourful football management game capable of enthralling me the way the original Football Manager used to do back when I was knee-high to Nobby Stiles. These unicorn hunts invariably end in disappointment, but this year I think I may have finally found what I crave. 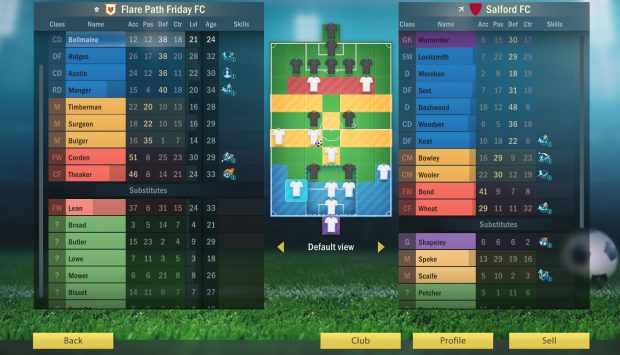 Football, Tactics, & Glory (£15.50) might have a name that rolls off the tongue like a shattered cream cracker, but its combination of quick, tense turn-based matches and light squad husbandry and club administration is almost exactly what this easily overwhelmed, patience-poor, wargame-attuned soccer nostalgic has been hunting for for so long.

Although I'm only fifty or so matches into my first career, my match summary notebook is already stuffed with priceless memories. Flare Path Friday FC dropped a mere eight points during their first (and, hopefully, last) season in the 'amateur league'. Wins in the larger 'third league' proved harder to come by but for most of the season we managed to remain in touch with promotion-chasing Coventry and Southwark (FT&G employs gently fictionalised team names and league compositions in its default campaigns). 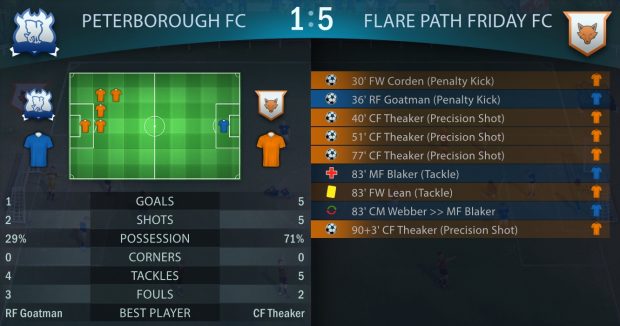 Things started to go awry during a visit to the home of fellow 3rd Division newcomers, York. Two matches after our record-breaking demolition of Peterborough, a desultory display against the Minstermen allowed resurgent Chester to move ahead of the Foxers.

Were we to be pipped at the post? With three matches left to play the table looked like this...

But his brilliantly worked equaliser against formidable Southwark did the trick the following Saturday, Chester having returned from Coventry empty-handed! 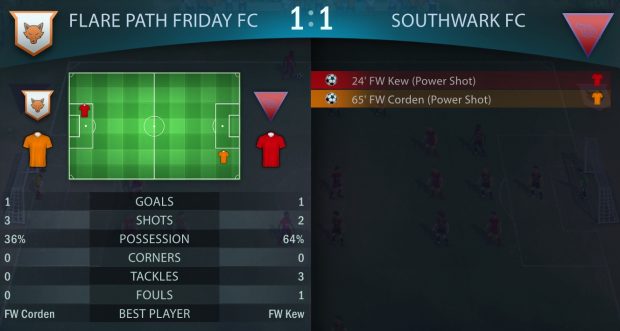 Flare Path Friday and Chester began their final games of the season separated by nothing but goal difference. We needed three points from our away clash at Exeter to have any chance of gaining promotion. If Chester overcame their visitors (unfancied Peterborough) even those three points wouldn't be enough. 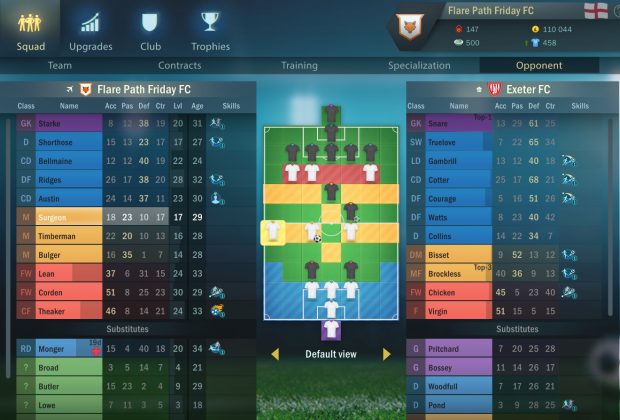 On paper we had the tougher match. Exeter showed their quality and intent from the outset.

Two crucial challenges from our doughty central defender Troy Austin kept the flame of hope flickering into the second half. It wasn't to be, though. The Devonians' defence proved as resilient as Dartmoor granite. Corden and Theakston, usually so incisive and influential up front, were reduced to trying speculative shots from well outside the box. 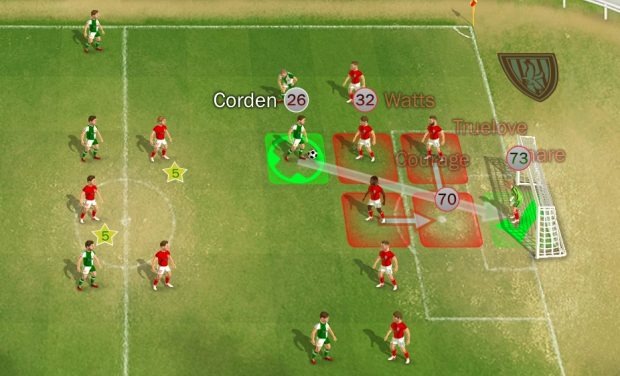 The match ended goalless, our hopes seemingly dashed. It was a minute or two after the ref had inspected his watch for the final time that the murmurs from the orange-and-black section of the crowd began to metamorphose into cheers.

The news of Peterborough's last-gasp winner at Chester had started to percolate.

Because it's ages since a strategy game turned me into a grinning, air-punching idiot, and association foot-to-ball is rather topical at the moment, there'll probably be more on the marvellous Football, Tactics & Glory in next week's column. 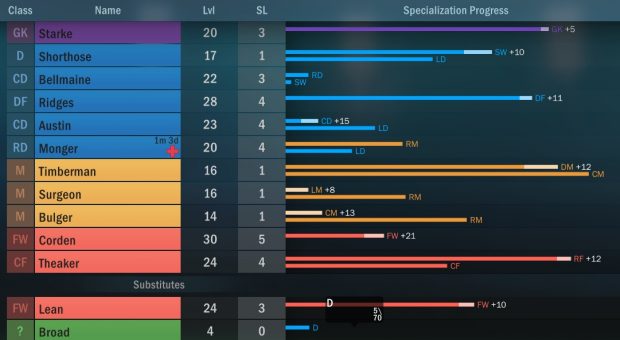