All that needs to be said about the tragicomic Flight Sim Labs affair has been said several times over. I could add my tuts to the tut heap or write something confessional about the handful of times I've found myself mingling with pirates and cracksmen, but I think I'd rather devote today's FP to sky sailing and semaphore signals, BoBing wargame makers and bobbing whalegame players.

If the first thing that comes into your head when I say the word 'condor' is a large South American vulture puffing on a pipe at the controls of either a catamaran ferry or a Class 28-hauled freight train, the following sentence is going to lack impact and require elaboration.

There's a Condor 2 at long last!

Enjoyers of engineless aviation have been waiting for a follow-up to what's generally regarded as the PC's most realistic glider sim for almost a decade. That follow-up arrived on Wednesday.

Uroš Bergant and Chris Wedgwood have been hard at work since 2012, even if the screenshots on pages like this one sometimes suggest otherwise. Condor 2's DirectX 11 rendering means rosier sunsets, hazier haze, and far more sophisticated shadowing. Aircraft and airfields have been rolled in glue and sprinkled with extra polygons. Hills and mountains are 300% knobblier.

I suspect the invisible changes will generate as many sales as the visible ones. Apparently, C2 recreates ridge and sail lift subtleties much better than its predecessor and the climate code is now clever enough to conjure up 'blue' thermals (thermals sans white fluffy hats), and cloud streets on very windy days. Here's the complete rundown of what's been added and revamped.

Only available direct from Uroš and Chris, Condor 2 will set you back 50 Euros and definitely won't purloin your Chrome passwords when it installs. 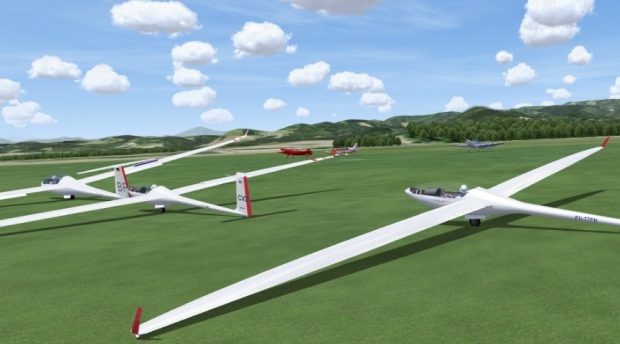 The delightful $15 Diesel Railcar Simulator blew a raspberry at Dr Beeching last week by opening a sizeable new route. The free tangle of main- and branchline is fictional and a little fanciful in places (Oskari gets a bit carried away with the viaducts near Haverford West – a terminus named after the sim's first purchaser) but beetling between its semaphore-sentinelled 1960s stations in a swaying, voluble DMU has already brought me a lot of pleasure. 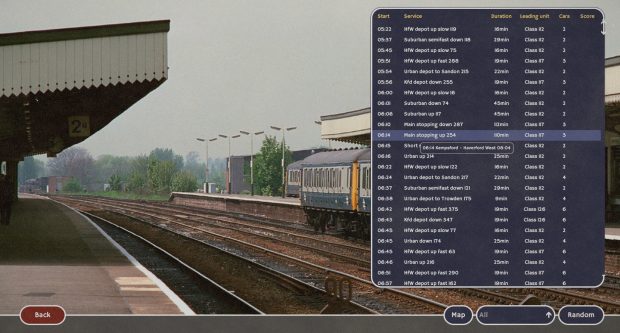 The vast timetable that accompanies the route includes around four hundred different services ranging from ten-minute empty stock runs to and from depots to 135-minute 'slow stoppers' calling at 20+ stations. Interesting trackwork and plenty of junctions, curves, and inclines mean you're generally too busy to dwell on the strange shortage of woods*, hedges, and farms in the surrounding countryside. 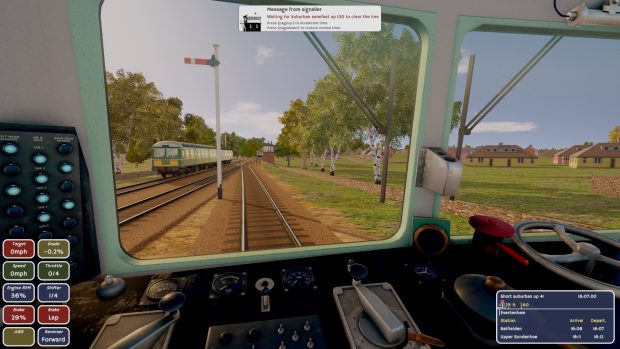 The new potter-space was part of a gratis update - 1.2 - that also enriched sounds, touched-up textures and added Class 117s to the sim's multiple-unit fleet. With simple route and timetable editors, and a loco on the way, DRS's reputation as the poor/thinking man's TSW looks set to solidify in coming months. 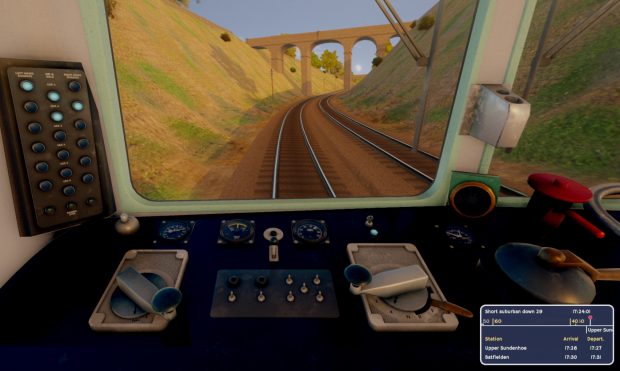 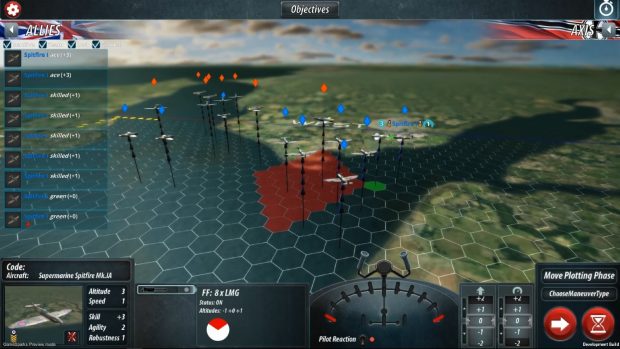 Although there are no hexes in my dream WW2 air combat tactics game and no ugly on-screen equations...

...I'm confident I'll be able to wring some pleasure from Check Your Six!, a potentially passable substitute on its way from Slitherine and Lordz. Due mid-March, CY6! derives the vast majority of its rules from the popular tabletop wargame of the same name. That debt should mean the aerial aggro is fairly transparent and essentially credible. Sadly, it's also sure to mean our PCs aren't worked as hard or used as ingeniously as they might be.

The initial release (Slitherine and Steam, price TBA) aims to simulate the Battle of Britain using 18 single-player scenarios (presumably the same 18 scenarios that form the two campaigns) and 14 aircraft types. 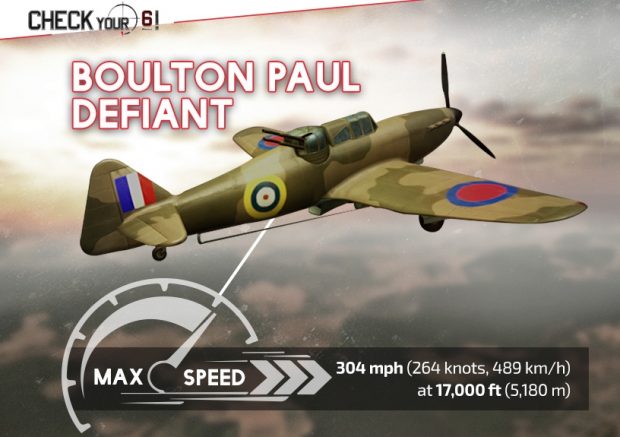 It's good to see supporting players like the Boulton Paul Defiant amongst the British selection. I wonder if the Luftwaffe AI code is sophisticated enough to simulate the two very distinct phases in this turret-fighter's brief daylight combat career – the period when it was often mistaken for a Hurricane, and consequently prospered, and the later phase when its Achilles heel - no forward-firing weapons and relatively poor performance - was fully understood and ruthlessly exploited. 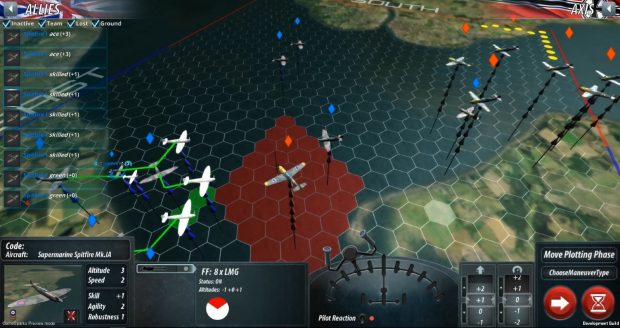 Hopefully the absence of “configurable skirmish mode” in the feature list is merely a blurb writer's oversight and the DLC releases through which Lordz plan to expand the game's frontage won't be too costly or numerous. When I was a lad, you got French aircraft and dynamic campaigns with your BoB wargame. 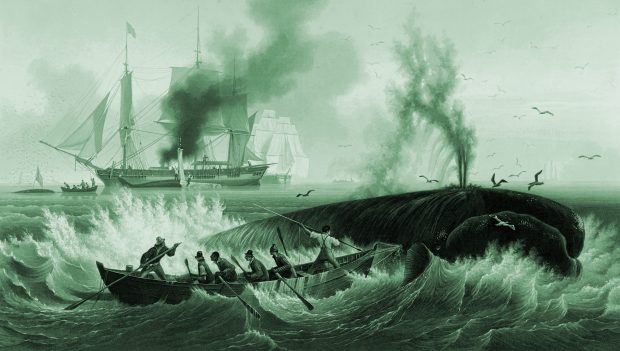 Welcome back to Flare Path’s ongoing whale tale, a calamity-rich collaboration between Nantucket (plot and inspiration), myself (incidental detail and rash decisions), and a plucky band of Flare Path readers (brawn and pathos). 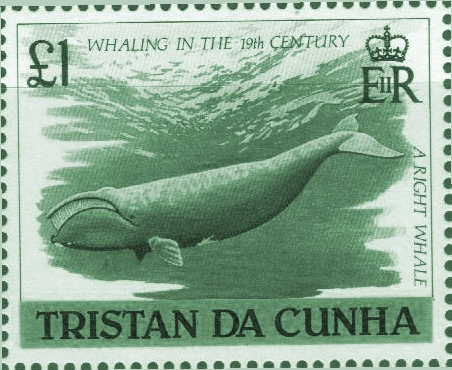 It's hard to believe over a year has passed since that unforgettable August day when we quieted O Inquieto Du for good. Since I last put quill to foolscap, Flora has roamed the Globe like an albatross with a faulty biocompass. She has shaded coral reefs as pretty as Persian carpets, gingered ice hunks as blue as sapphires, and played perch to parrots, peregrine falcons and vampire bats. In all that time, I'm happy to say, all her sorrows have been trifling ones. Stugle's needle has only been called upon to patch sails.

Of course, there have been close calls...

Finding no suitable replacements for Velko, Faldrath, and Rituro in Cape Town, we did not linger there. Seamus “Celtic” Seaworth (medic/zoologist), Overload James (zoologist/medic), and Mooncabbage (carpenter) were winkled from various crannies in Horta's waterfront with promises of adventure, wealth, health plans and time off in Looe. 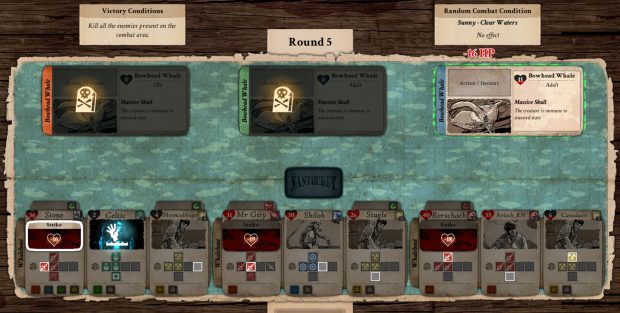 The adventure came soon enough. Enroute to a balmy spot the locals call ᑲᖏᖅᖠᓂᖅ to search, on behalf of the Hudson's Bay Company, for signs of the vanished Knight Expedition, we paused to hunt steeple-browed Bowheads. For Celtic and Mooncabbage, their first taste of whaling was almost their last. Reduced to 4 hitpoints apiece in the first round of the fray, only a generous helping of luck and some timely self-help prevented baptisms turning into funerals. The scare, coming so soon after our costly contest with The Restless One, wrought a permanent change in my hunting tactics. Never again would the frailer members of Flora's crew be permitted to accompany harpooneers and boat handlers.

On the day 1828 gave way to 1829 we found ourselves four hundred miles off the coast of Brazil gallantly saving a beleaguered trading sloop from marauding pirates. Three weeks later while rounding the Cape, the unfeeling Fates reminded us of their power by sending Shiloh plunging from the crow's nest like an evicted squab. Unfazed by my boatswain's protruding femur and blood-curdling threats, Celtic and Overload-J did a splendid job setting the bone and dressing the wound. Their patient will walk with a slight limp for the rest of his days, but won't sport the 'maimed' trait that seemed likely.

It was wealth not wanderlust that wafted us into the South Seas in early 1829. After porting a cargo of coffee, Brazil nuts, and underrated race sims, from Imbituba, Brazil to Kororāreka, New Zealand, and investigating an alarmingly sharky whale haunt in Antarctic waters, Flora pointed her bowsprit toward faraway Honolulu where a payment and a brace of upgraded cannons had been gathering dust for far too long. 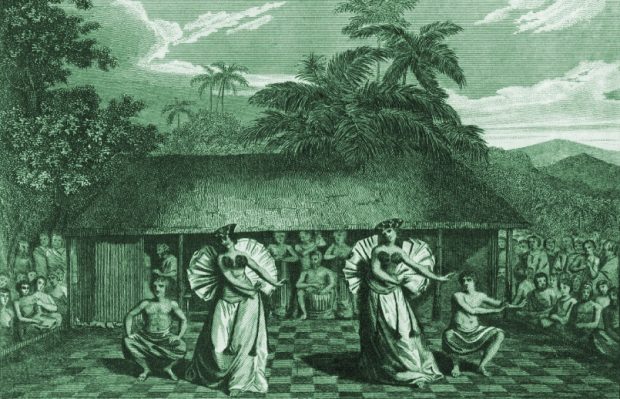 A pleasant time was had by all in Hawaii. My attempt to return Kahekilli II's spear to its rightful owner proved unsuccessful, which pleased Mr Gity, the custodian of the weapon, immensely. On hearing the story of the hunt, and examining the myriad scars that illustrated it, kindhearted Kahekilli III insisted we keep his ancestor's blubber jabber.

Arioch_RN, Shiloh, Overload-J and Canadave were determined to visit a spot called “Pearl Harbor” for reasons I didn't fully understand. Rorschach and Celtic spent much of their time ashore sourcing noisy souvenirs (a new parrot and a tiny guitar, respectively). Meanwhile, Stugle, Mooncabbage, and Burn3r, quite by accident, started a new craze while salvaging planks from a shipwreck off Waikiki Beach.

The lotus eating and wave riding ended on April 17th. Appropriately festooned and accompanied by a flotilla of sleek outrigger canoes, Flora was chivvied out of paradise by an impatient Captain and an insistent six-knot breeze. 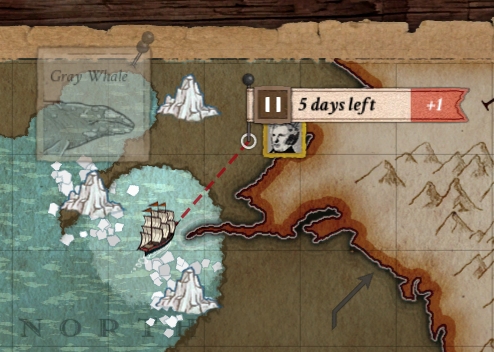 Three thousand miles of featureless brine stood between us and the real purpose of our Pacific cruise. According to the Inuits we'd questioned the previous autumn, James Knight had found the Northwest Passage. Canada's western coast held the secret of his disappearance and, perhaps, his triumph. Guided by a helpful postage stamp pinned to the chart, finding the ice-entombed remnants we sought was as easy as falling off one of Stugle's wave planks. All we had to do was return the musty tome we liberated from a locked bureau on deep-frozen Albany to the HQ of the Hudson's Bay Company to claim a valuable unspecified* reward.

*Rather foolishly I'd failed to ascertain the exact nature of the remuneration before accepting the mission.

That return voyage dragged like a lead travois. Panama taunted us with its slenderness as we snailed past. As much to alleviate boredom as to fill our yawning hold, we hunted now and then. One tally-ho with a trio of migrating devilfish almost cost Shiloh dear. The newborn was swiftly dispatched but its elderly parents, 65 point bruisers with hides like rhinoceri, caused us no end of trouble.

How things stood at the end of Round 1...

Without our Hawaiian talisman, the outcome might have been very different. 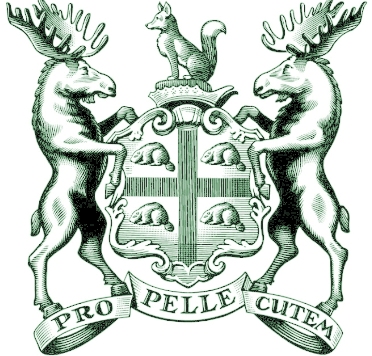 An utterance from Bess, Rorschach's parrot, finally does the trick.

Amused, the Company Man breaks out the smiles and the whisky, and two convivial hours later we stumble outside into a night illumined by celestial krill and curdled rainbows. Nestling in my satchel is a volume that will, Neptune willing, make us all rich men in the years to come.