I'm standing next to a blue gate. A nearby sign points out (in a language that isn't English) that the gate is an "emergency entrance with manual opening". I can see two orange Bo-Bo diesel locomotives. I'm 500 metres from a Commonwealth War Cemetery containing over 2000 graves and less than a kilometre from an airport named after a composer. I'm in a country with a bigger GDP than Australia and a longer coastline than Argentina. If I circled the globe at this latitude I'd pass over one of the 2018 Winter Games venues. I'm due North of a capital city with a population of more than a million and no railway stations. Visible to the North is a UNESCO World Heritage Site that has given its name to numerous warships. I can see an Opuntia.

This enlargeable collage has a hidden theme. Decrypt the cryptic clues to flush it out. 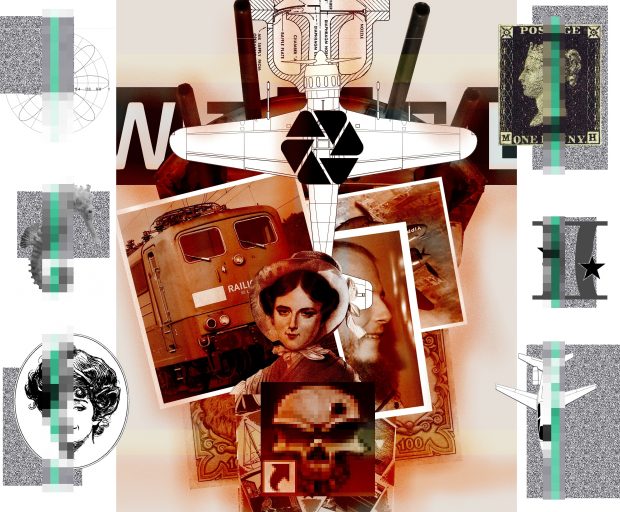 Last week's warm-up foxer: I was the Dingo Fence (defoxed by Gusdownnup)