I'm standing outside a cheese shop, admiring a rather smart blue and white electric multiple unit. The street name suggests a plant used to make a local beverage was once grown in this vicinity. I'm in a country that's in the G20 but not the G8. I'm 9.78 kilometres from an obelisk and 11.64 kilometres from the statue of a sportswoman. The local football club was founded in 1913 and play at a ground one and a half miles from here. That ground shares a name with the venue of a Twentieth Century War. I'm at the same latitude as a country with four stars on its flag. I'm 100 metres from a carousel.

Complicating things a tad are the six red italicised clues. These have been shuffled. For example “Something the P-51 has that the P-38 doesn't” probably doesn’t refer to word  #8

1. A vehicle muscular enough to move this
2. A Cold War cloud cleaver
3. Killed by Wikipedia in 2009
4. The city shown in this Google Street View snap
5. A process important to modern submariners
6. An Asian capital
7. Travelled by TARDIS for a couple of years
8. Something the P-51 has that the P-38 doesn't
9. A moth and a mineral
10. He invented a very early form of this machine
11. Electra was one of her sisters
12. A German city capable of molesting a British one
13. A Metro station in central Paris
14. Related to the zebra and the ballista
15. Malign Medieval bread ingredient
16. It sunk several ships in 1971
17. A country bombed by the Allies during WW2
18. A General Secretary of the Communist Party of the USSR
19. Shaped like a Model 39
20. The last BR steam loco for example
21. Some of their latest products sport this logo on the box
22. A country represented by one athlete at the 2018 Winter Olympics
23. German aircraft carrier
24. Low-tech novichok

Last week’s collage theme: piracy off the coast of Somalia (defoxed by eeldvark and AFKAMC) 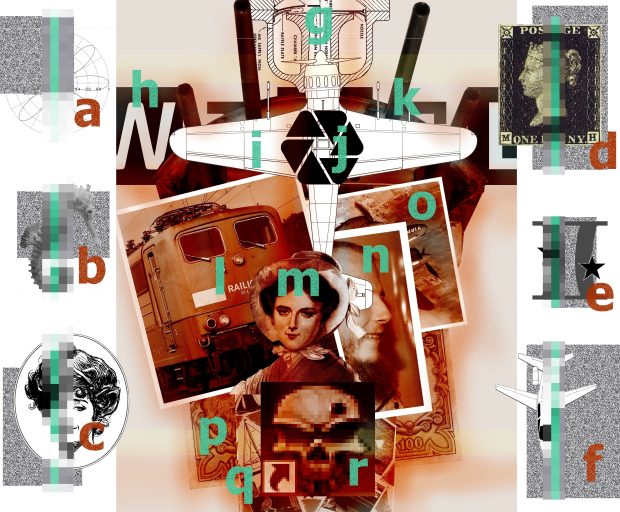 q. 'We Didn't Mean to Go to Sea' by Arthur Ransome (phlebas)