I'm roughly twenty-eight years old. I have something in common with both hearts and diamonds. My homeland is a country with a 'w' in its name. My smaller offspring can be found in two European capitals. I'm indebted to a ripped flower. If she was alive today, this woman would definitely approve of me. I have my own website. I'm part Protestant. I'm probably not popular with PETA. I make Roman think of Logan's Run. I have something in common with this invertebrate.

The 127-cell honeycomb below is a fancy form of wordsearch in which every cell is used, and words can curl and zigzag but never overlap. Each hive foxer has a unique theme (some past themes: roses, Harry Potter, gold, postage stamps, and The 39 Steps) Identifying this theme is a vital part of the defoxing process. Today's puzzle contains nineteen answers. 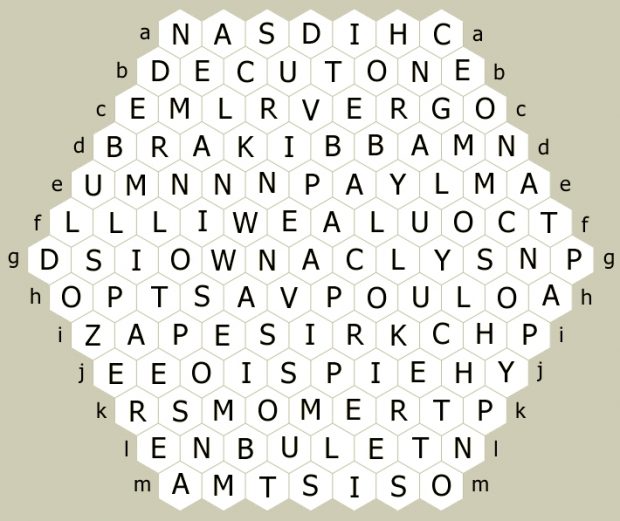 Last week's warm-up foxer: I was here (defoxed by phlebas and Gusdownnup)