Tired of fabricating word ladders, Roman has moved onto word chains. To completely defox today's you’ll need to provide my Chief Foxer Setter with the sequence of 24 words suggested by the clues below.

Complicating things a tad are the six green italicised clues. These have been shuffled. For example “City named after a star of the Peninsula War” probably doesn’t refer to word #8.

1. Two Mediterranean cities bear this name
2. Weapon visible in this pic
3. Sodor resident with unusual wheel arrangement
4. Su-25 armament
5. He designed a notable WW2 Axis bomber
6. Island split by an international border
7. They play their first World Cup match a week from today
8. City named after a star of the Peninsula War
9. Enigma machine descendant
10. In the thick of it on 27-28 May 1905
11. George Harrison was one
12. Ringed in this picture
13. This chap
14. Star Wars cetacean
15. Wearers of this medal fought there
16. Beethoven symphony
17. Board game featuring time travel
18. Bijou bouquet
19. One of Rupert's rare early war defeats
20. Species of butterfly
21. Burmese flower
22. Weapon in this FPS
23. British Army earthmover
24. Significant operator of Boeing 737s 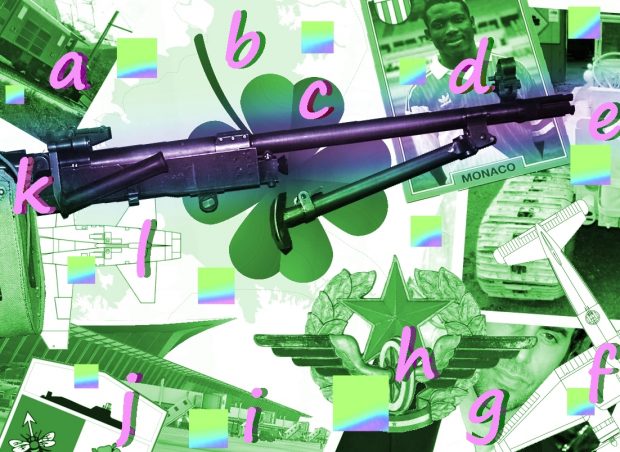