Complicating things a tad are the six orange italicised clues. These have been shuffled. For example “A word that links LZ127 to this landmark” probably doesn’t refer to word #4.

1. This AFV
2. A colour, battle, airline, and Paris railway station
3. The country pictured here
4. A word that links LZ127 to this landmark
5. A famous one helped nudge the USA into WW1
6. A feature of this aircraft
7. Over-engineered missile found on beach
8. An ambulance ship sunk mid-Channel in 1917
9. One of the few battles mentioned in the Quran
10. Flag fauna doesn't come any scarier
11. Where this tank was made
12. The four-wheeled subject of at least three Revell kits
13. A valley not far from Herculaneum
14. A novel published in the year this battle occurred
15. A denizen of this British park
16. Pious hermit mixes hare tonic
17. A unit in Total War Saga: Thrones of Britannia
18. This board game
19. A Shakespearian schemer
20. A city that boasts a suspension railway and a football museum
21. Fishy bathymetry? This deep-sea dweller could be responsible
22. A word than can go before volcano, nickel and bug
23. This automobile
24. Colditz Castle couldn't hold him 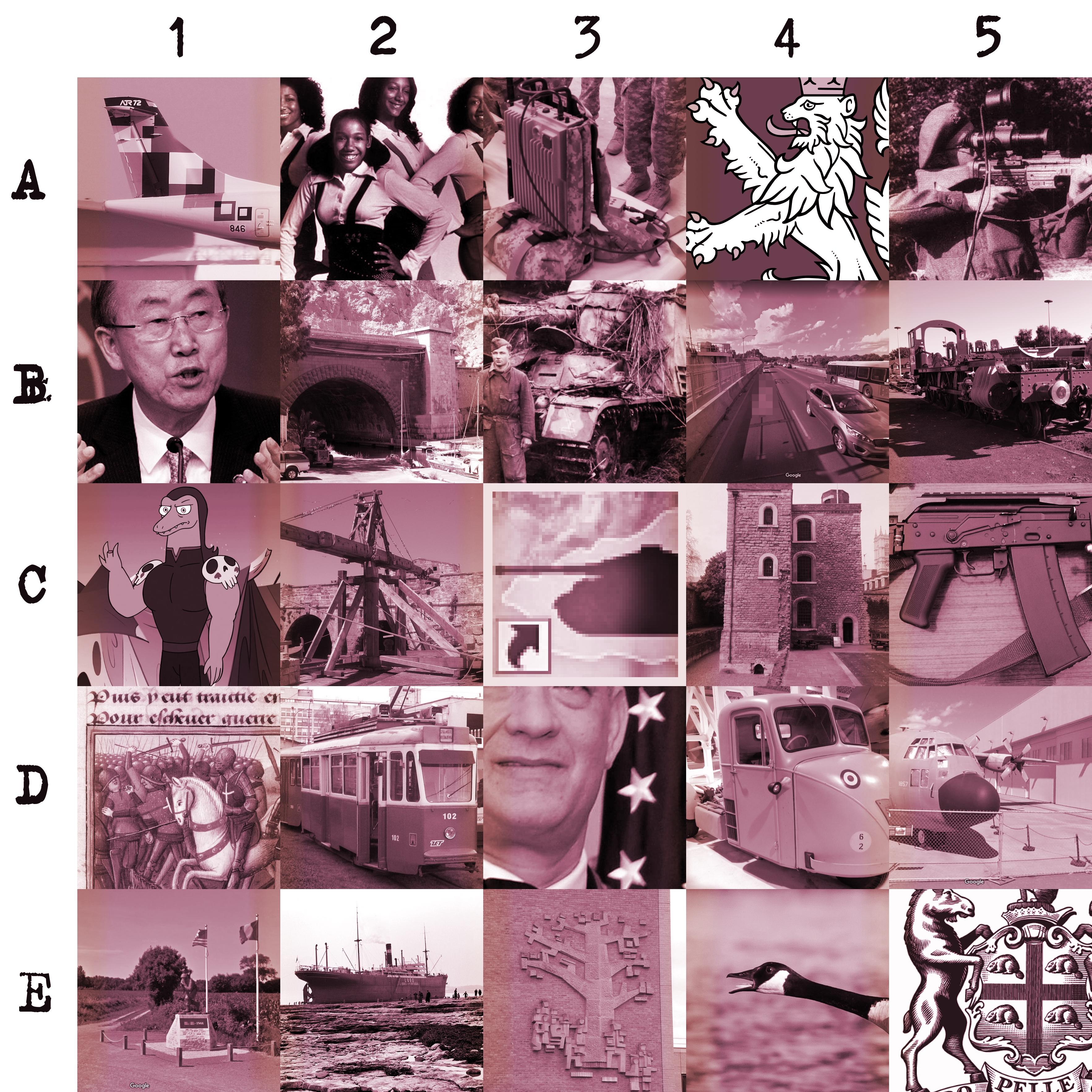