Complicating things a tad are the six orange italicised clues. These have been shuffled. For example “Produced German tanks and TDs during WW2” probably doesn’t refer to word #8.

1. The designer of this
2. The brewery that produces this beer
3. This sizeable wolfpack sunk nothing until split
4. The island in this picture
5. Where this picture was taken
6. A word that links The Second Crusade, The Beatles, and The Boston Tea Party
7. A writer, PC game, and English river
8. Produced German tanks and TDs during WW2
9. An adjective that describes this weapon
10. The owner of this appendage
11. A metro stop, museum ship, and country
12. The place where these deities dwell is another link in the wordchain
13. Old Testament ungulate
14. The sole survivor is on display in this museum
15. She disappeared in the year this woman died
16. He shared a USPS stamp with a Northrop aircraft
17. Sunk by a Trafalgar-class sub
18. One features in A Tale of Two Cities
19. An AFV involved in the battle for this bridge
20. This nude sculpture depicts one
21. A mechanism that comes in various forms
22. Used during the First Battle of Bull Run
23. Something you might find in a garden shed
24. Like Red Bull, this beverage can facilitate flight 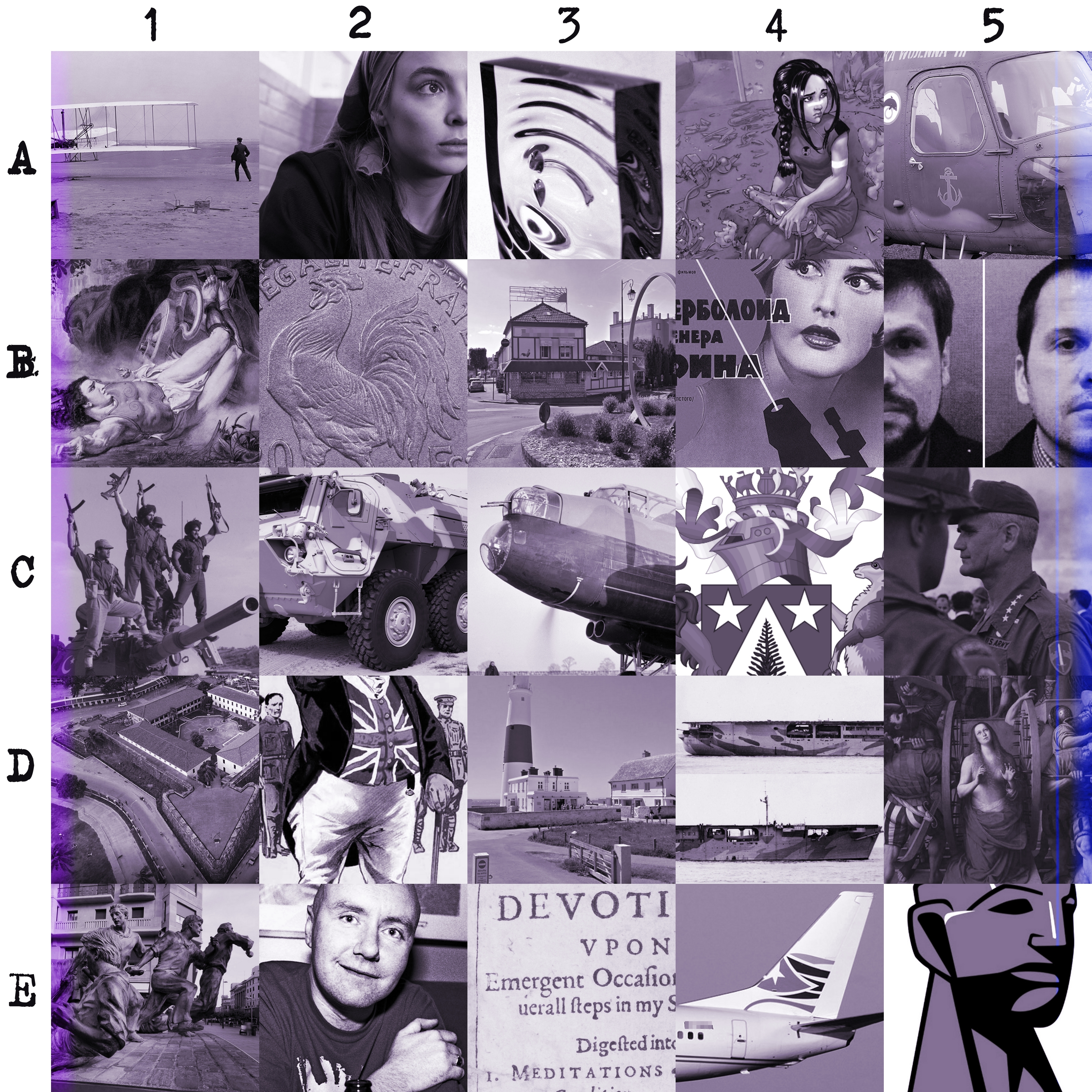