A word can be any length and is linked to the next word in the chain by its last two or three letters. For instance ‘honeysuckle’ might be followed by ‘leviathan’. ‘Handel’ could come next. Then ‘delta’. And so on. Complicating things a tad are the six orange italicised clues. These have been shuffled. For example “Dangerous in a mining context” probably doesn’t refer to word #20.

1. They believe in transmigration and live mainly in the Levant
2. His last movie featured a fictional Belgian village
3. He'll be 96 next birthday
4. A word that links Eugene O'Neill, a Russian football team, and the BEF
5. An artwork that was also a trip hazard
6. Where this picture was taken
7. A breakfast food and a low-born tournament participant
8. A river this writer knew well
9. It usually falls to the Germans early in this game
10. One featured in this film
11. A word that links Deep Purple, Carmel IN, and a bizarre arcade chauffeur-em-up
12. This warship
13. An aircraft that made headlines in November 1940 and May 1941
14. Where this picture was taken
15. There's a species of dolphin named after this river
16. Found on most modern bicycles
17. Up until January 2015, an animal often seen at LCA
18. The sub in this image
19. This doubledecker
20. Dangerous in a mining context
21. A word that links a Bond girl, a Disney villain, and a waterproof garment.
22. Beer of this type is brewed close to this spot
23. There's one in this picture
24. Wood wood 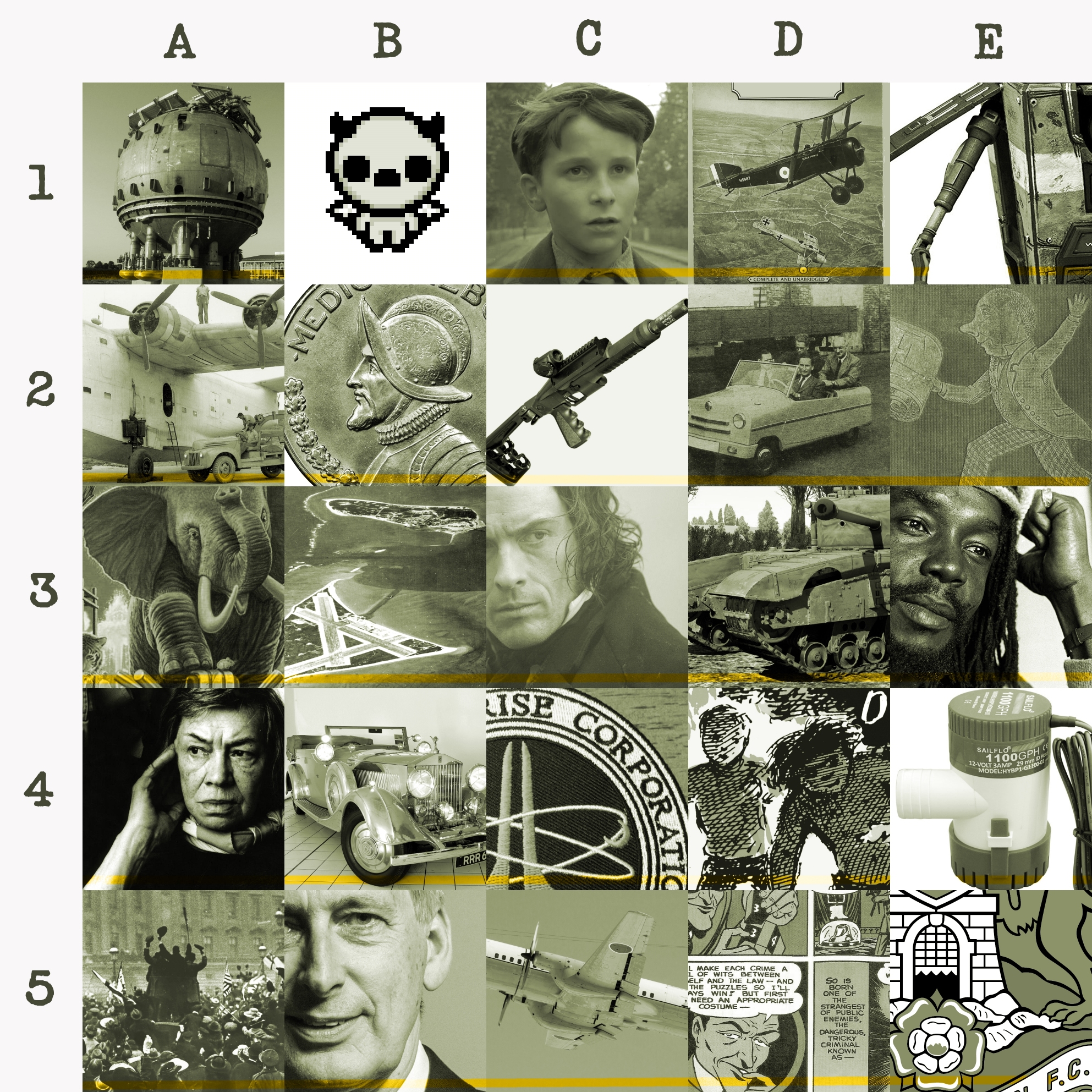