A word can be any length and is linked to the next word in the chain by its last two or three letters. For instance ‘honeysuckle’ might be followed by‘leviathan’. ‘Handel’ could come next. Then ‘delta’. And so on. Complicating things a tad are the six orange italicised clues. These have been shuffled. For example “This ship” probably doesn’t refer to word #24.

1. Lance finds one in an episode of Detectorists
2. A game featuring penguins
3. A species of penguin
4. Where this picture was taken
5. A novel by this man
6. Where this picture was taken
7. A word that links Andy Warhol, Radiohead, and this company
8. A vehicle in this game
9. There's one close to this spot
10. This vehicle
11. The largest species of this mammal dwells in South and Central America
12. There's one in this picture
13. A German city
14. The developer of this loco
15. A word that can go before biscuit, bridge, and day
16. Someone who might use these tools
17. His daughter
18. The company behind this device
19. An amphibian native to the USA
20. This board game
21. A battle fought in the year this man was born
22. This metro station
23. A Soviet AFV and a European revolution
24. This ship 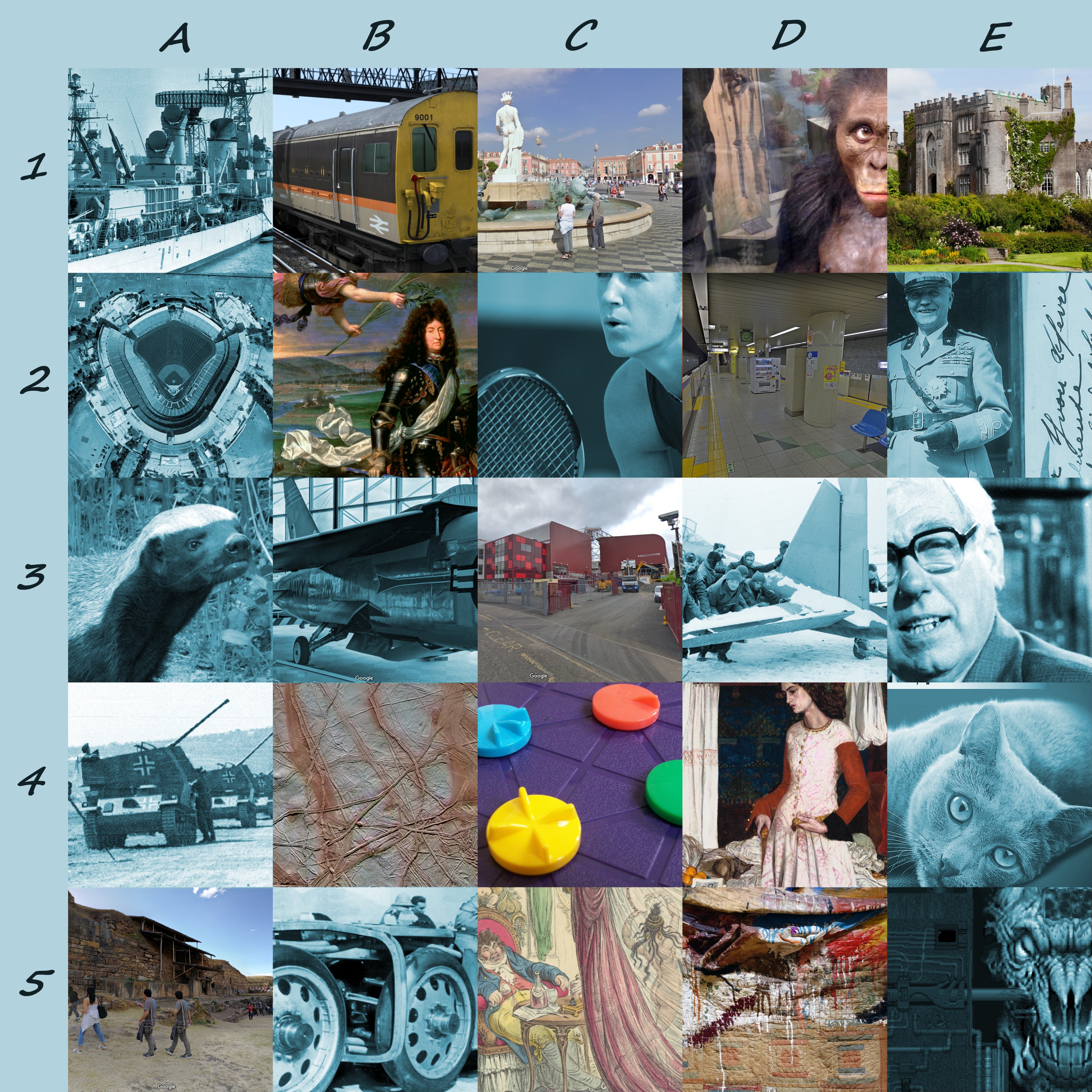