Male Sparkuhl Bowerbirds were foxer setting long before Roman and his ilk arrived on the scene. At the start of the courtship season, these handsome electric-blue glade dwellers set about constructing elaborate woven collages with hidden themes. Objects incorporated range from the natural - feathers, flowers, seeds etc. - to the synthetic - sweet wrappers, scraps of newspaper, used condoms... Themes tend to be historical, scientific, or arts-related. Jan Hugens, a Dutch ornithologist who has been studying Amblyornis Sparkuhli for over 30 years, reckons the most successful males construct puzzles that bamboozle for at least two hours. Female Sparkuhl Bowerbirds hate to be patronised, apparently.

^ A portion of a Doom-themed hive foxer

The 127-cell honeycomb below is a fancy form of wordsearch in which every cell is used, and words can curl and zigzag but never overlap. Each hive foxer has a unique theme but Roman respects the defoxing community far too much to disclose it prior to defoxing. 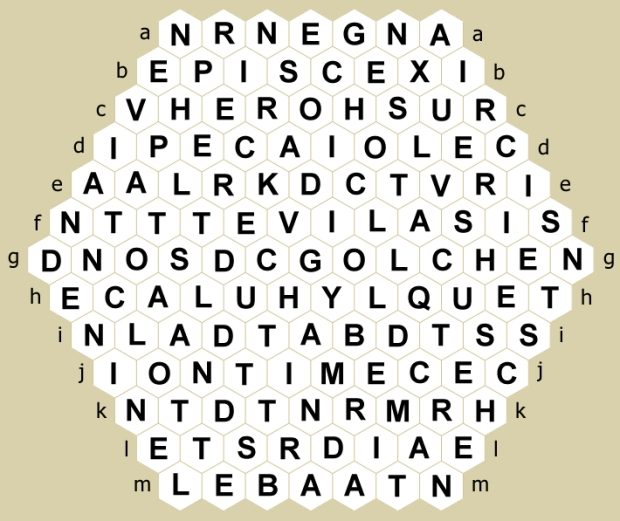 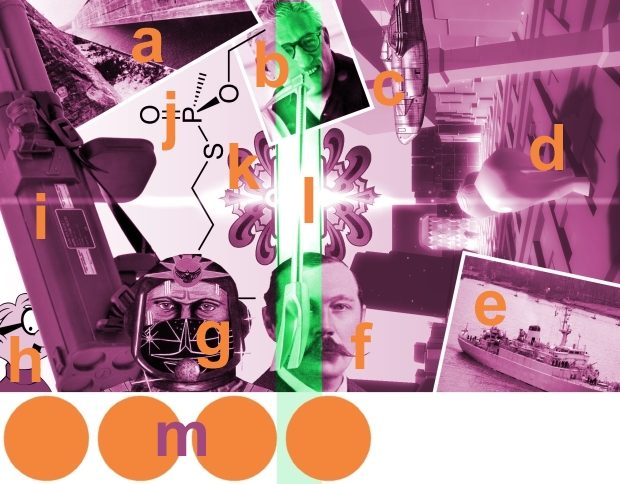