Whether or not famously difficult games should have an optional easy mode has long been a point of contention. But many already do, albeit unofficially, thanks to modders taking things into their own hands.

Take the fella who goes by "n00bplatformer", for example. He recently created an “Assist Mode” for run 'n’ gun action game Cuphead. It makes simple tweaks to some of the game’s systems, like granting players six hitpoints instead of the usual three, and boosting weapon damage an extra 50% so that boss battles don’t drag on so long.

N00bplatformer says that he bought Cuphead around its release, but initially stopped after reaching a difficulty spike. Later, he had a similar experience in the likewise tricky platforming game Celeste. But unlike Cuphead, Celeste had built in options to help him out.

“I noticed that there was an ‘Assist Mode’ built into the game that granted invincibility,” he explains. But the invincibility did more than just allow him to skip over the sequence he found difficult. “Something clicked in my head. I could totally see what I was doing wrong… and I immediately went back and replayed the chapter and finished the level without any assists. The god-mode-like feature made me look at the game with a totally new perspective and indirectly taught me game mechanics better compared to repeated failures.” 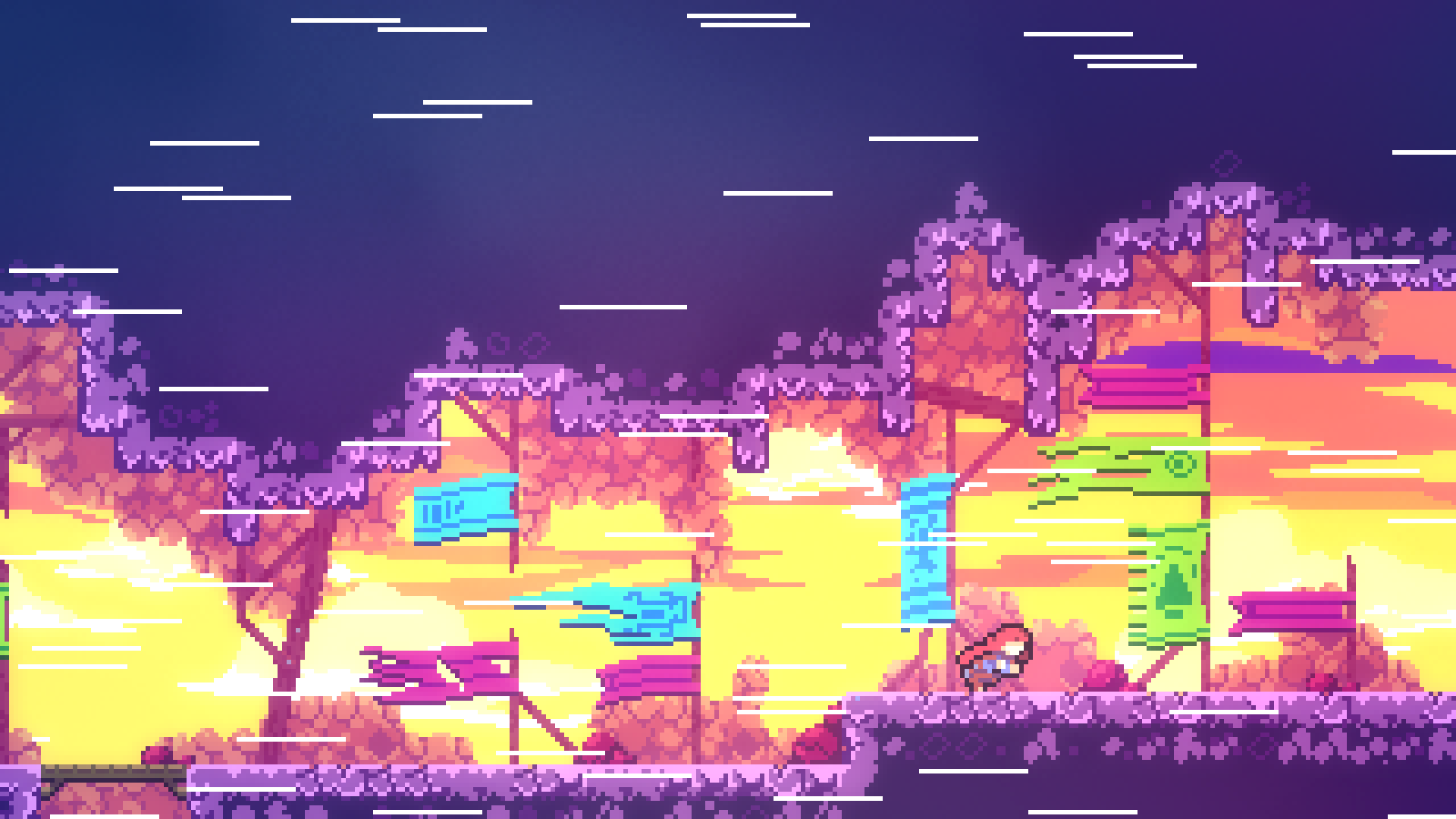 It’s not that he doesn’t appreciate a challenge. He explains to me that he’s a huge fan of the difficulty in FromSoftware games, and has even collected all of the achievements in some of them. But he also says that his experience in Celeste reminded him of having fun in his youth playing games with god mode cheats turned on. And when he learned more about how the mode could promote accessibility via a video by Mark Brown, he wondered whether there were any mods that could provide a similar experience in Cuphead.

“I eventually found myself using [a cheat engine] to grant myself additional health to finish the levels,” he says, but he wanted to cut out the additional setup that necessitated. Through a combination of internet sleuthing and his knowledge as a software engineer, he managed to find the disassembled code for the game and make the “minor” changes necessary for his mod.

Other modders have decided to create easy modes not because of their own experiences, but the experiences of others. "Jindra1403" noticed that a lot of players were “scared off” early in Kingdom Come: Deliverance “by the game appearing… like it’s way harder or more overwhelming than it actually is.” 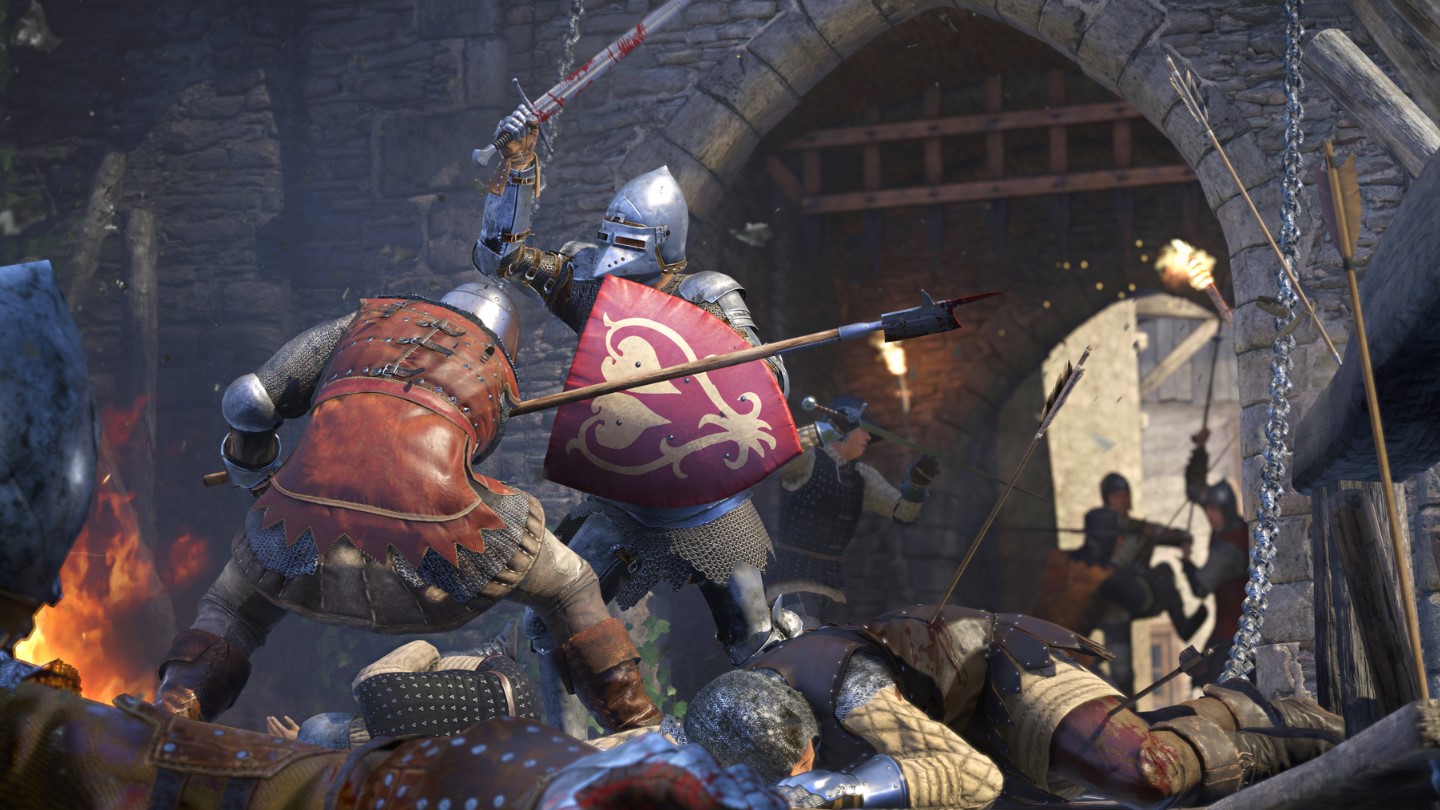 He noticed that these players often quit entirely, or used mods to erase whole mechanics from the game, like the notorious system that only allows players to save their progress by drinking a certain item or sleeping in a bed. “I concluded that a mod that would try to gracefully mitigate those kind of barriers without removing any of the original functionality [and] would allow more people to play and enjoy the game in its entirety, as it was originally designed.”

So instead of cutting mechanics wholesale, Jindra’s mod brings down the difficulty of, as he puts it, “every system or feature I was able to get my hands on.” But he also says that he paid special attention to the stumbling blocks that may initially put players off, giving them an easier learning curve. “Later on, those features might ramp up to being almost as difficult as in the vanilla game, but that’s alright because at that point the player knows them well enough and won’t feel overwhelmed," he explains.

For example, the mod does not actually edit the save system, but the player starts with 10 drinks rather than five. Jindra also identified lockpicking as an especially frustrating minigame, so players will get more lockpicks to begin with, as well as bonuses to the stat’s progression. The mechanic remains the same, but the player should be eased into it more gently.

Jindra says that it was also important for him that the mod didn’t “look down on the player.” He compares it to the Wolfenstein games, which chastise players by calling its easiest setting “can I play, Daddy?” This question of patronising certain players also spurred another mod creator, Kos, who goes by "Noptasis" online. Kos created a twofold mod for Sekrio: Shadows Die Twice that incorporates both an easy mode and an accessibility mode.

The two are very different, he stresses. When Sekiro released, Kos says that he saw a lot of the discussion online (“a lot of arguing about artistic vision and accessibility and blah blah blah”) and resonated with a statement that pointed out that support for disabled gamers is a lot more complicated than just adding an easy mode. 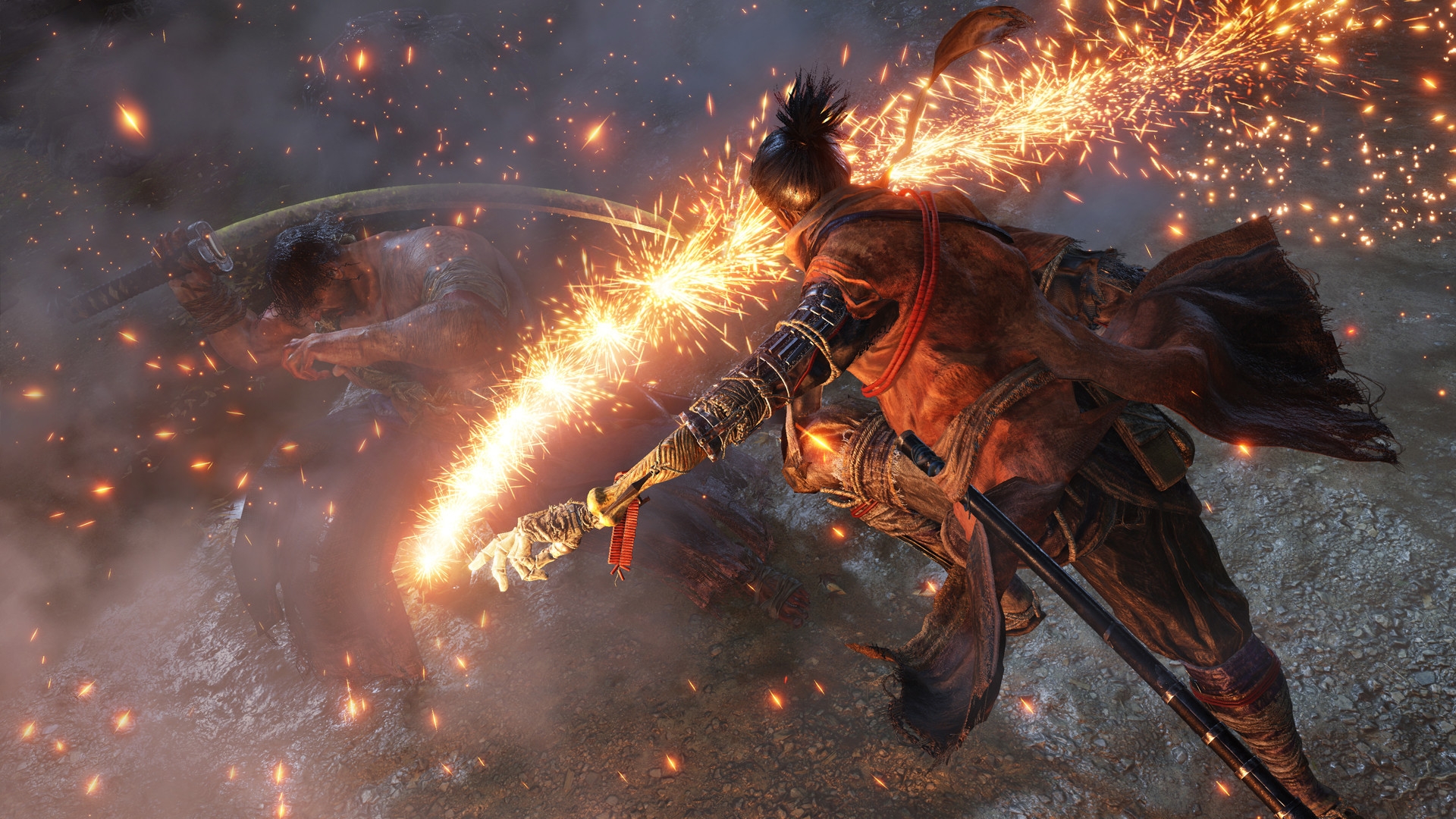 This realisation intensified when he was working on a different mod for the game. Part of his testing process included playing in monochrome, at which point he realised that Sekiro “must be hell for colour blind people.” Many visual indicators in the game rely on the player being able to see in full colour, something which approximately five percent of people can’t do. “It’s not a difficulty issue,” he says. “They [physically] can’t interface with the game properly if they can’t perceive red and green.”

Since he already knew a lot “from unravelling the game files for other mods,” he decided to edit a lot of the potential problems, and extended the mode for those who are hard of hearing as well. He added large white Kanji to certain indicators like jumping or backstab opportunities, for example, as well as a louder danger sound. “The game is just as punishingly hard as ever, bosses are still brutal and unfair, but it's not extra punishing for those who can't see or hear well,” he says.

“I think a lot of times disabled gamers just want to be treated the same as everyone else, so I tried to translate the experience rather than drastically change it. I consulted a couple of colour blind friends on the topic, and I tried to change the things they pointed out as most frustrating for them.” He says that he’s had positive feedback from colour blind players since.

“At the time, there was still some conversation about whether the game needed an easy mode, so I put one in more as an afterthought,” he explains. The mode increases the player’s base health and roughly doubles their damage. “You can't autopilot through the game, but it is more forgiving and much faster,” reads its description on Nexus Mods. However, this part of the mod actually isn't working since Sekiro’s 1.4 update and Kos doesn’t have plans to fix it. “I’ve made my point,” he says. 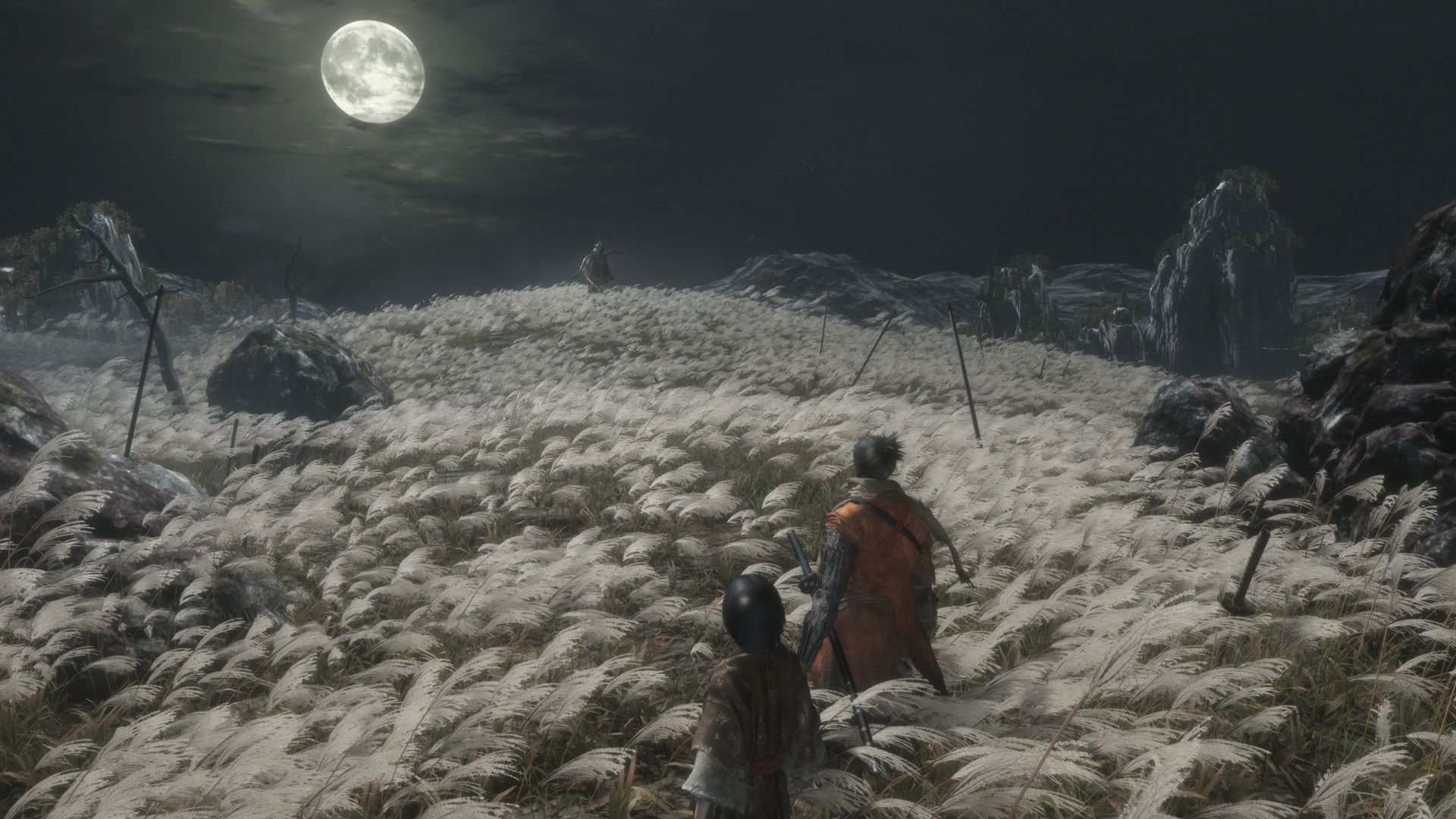 He says he doesn’t begrudge anyone who wants an easy mode in games like Sekiro, but that “trying to rationalise it as helping the disabled seems a bit patronising.” It is a good reminder that an easy mode isn’t a one-size-fits-all solution to the complicated problem of accessibility.

On the other hand, neither are vision or hearing impairments the only kinds of disability. Moroever, n00bplatformer sent me a video of blind gamer Steve Saylor playing Cuphead with his mod. After making some progress in the game, Saylor celebrates. “I am so happy that this worked, I can’t tell you how excited I am for this,” he says. “I wanted to play Cuphead, and this mod allowed me to do so. I wanted to showcase how amazing a video game experience can be when there are accessibility options added.”

N00bplatformer says that he doesn’t have any immediate plans for future similar mods, though he wants to update the Cuphead one when the DLC comes out later this year. “I'm hoping more game developers ship games with assist mode in the future so that we don't have to develop mods specifically for it,” he says.