Around an hour into The Norwood Suite, I was nestled so snugly into my comfort zone that it would have taken heavy machinery to shift me. That's despite the fact that this is a game that makes me suspect something sinister is lurking just out of view, that the edges of my vision aren't to be trusted. It's a very discomforting comfort zone.

As I arrive at the Norwood, a mysterious and musical hotel, great stone faces sing a greeting that might also be a warning or an entertainment. I'm on a mountain and in the world below, a train, the end-goal of another game and another time perhaps, rattles onward to nowhere in particular. If I look out over the lights and the water for a while, the same train rides the same rails again. It could be a different train, of course, but I get the impression everything in The Norwood Suite is on a loop.

I love them. A hotel room can be a short-term home, an exciting (if temporary) lifestyle upgrade, or nothing more than a place to lay your head for a few nights, but what they always have in common is the sense that you'll be abandoning them at some point in the near future. Unless you're one of those people who can afford to live in a hotel, in which case I have so many questions about how you deal with minibars and room service. 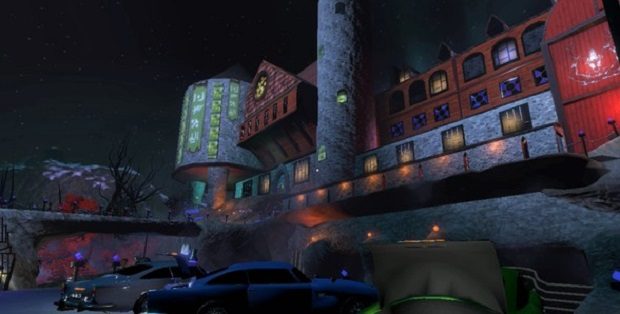 In The Norwood Suite, you do not live in a hotel. You are a visitor, but you are both guest and member of staff. Even though you didn't interview for a job or have any kind of orientation day, just about everyone you meet thinks you're there to do their bidding. It's something to do with the clothes you're wearing. Or perhaps you just look the type.

What this means is that you're never short of things to do. Like its predecessor, Off-Peak, The Norwood Suite is something of an interactive gallery. You walk around, look at things, occasionally prod them or pick them up. You listen, to sounds and music, yes, but also to conversations, which appear as text above the speakers' heads, but also play out as a strange music of their own.

Almost anyone you listen to or talk to wants or needs something. Far from being interested in the abstract or weird, as the environment might make you expect, their demands are often petty. BRING ME BOOZE, says a slightly sozzled and obnoxious guest. You're a bellhop and a doer of oddjobs, a janitor and a receptionist, a finder of lost things and a guide to a place you do not know.

As with Off-Peak, these tasks make it more than a game about looking and listening, though it'd be one of the best games about looking and listening you could hope to find if that's all there were to it. But, no, The Norwood Suite is, as it turns out, a game about doing and discovering. Mostly you'll be discovering things about the hotel and about the person whose name it has borrowed, but really you're learning about music and the creative process.

That might sound heavy but trust me, it isn't. It's as light as the final notes of a jazz set, drifting into the night sky. And if its hotel did occasionally make me think of other temporary things – like this fleshy vessel that'll soon be an empty room for the mortuary-maids to dust and rearrange – my attitude throughout was delighted curiosity.

Tripadvisor: *****. Would stay again. Would recommend to friends. Be thankful for the thin walls because you'll want to hear everything. Go check out the demo and then perhaps check in for good 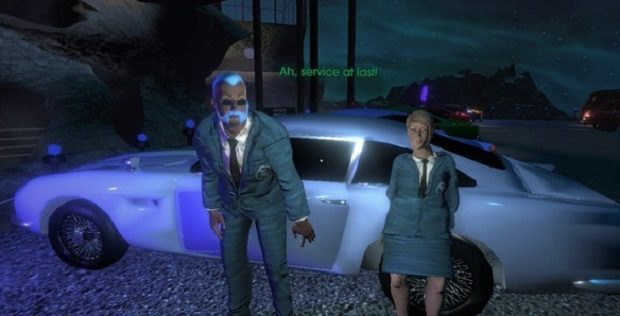