Alien-mashing strategy sequel The Red Solstice 2: Survivors is due out later this year, and is far along enough in production now to show off. The first Red Solstice was based directly on the Night Of The Dead mods for Warcraft 3, a tactical squad monster mash that could be described as a one-sided MOBA these days. Ironward's upcoming sequel is broadening its scope, offering similar real-time co-op (or solo with slow-mo) tactics, but attaching it to a dynamic campaign map inspired by XCOM, with your forces trying to push back a tide of mutant biomass devouring Mars. See the trailer below.

It all looks like fighting StarCraft's Zerg, only up-close and personal, instead of at an abstracted, strategic scale. The gloopy, fleshy alien biomass spreads along walls, spawning defences. While solo, players will be able to control an entire squad of armoured troopers, while online play lets you (and up to seven others) jump into another player's campaign mid-mission to provide support as a single soldier. While the original game was just played across standalone, semi-procedural missions (and a short solo campaign),  the sequel has a full strategic layer with research, construction and penalties for failing or ignoring missions.

Developers Ironward have had some ups and downs. While well received, the original Red Solstice never really caught on as well as I would have liked. The twin-stick shooter spinoff Solstice Chronicles: MIA wasn't bad either, but it was an odd move away from the very distinct style of the original. I'm hoping that this sequel will be able to retain the feel of the original's combat, while providing more interesting missions and long-term goals. Fun as the first was for a session or two at a time, levelling up and repeating familiar maps eventually became a bit of a drag. 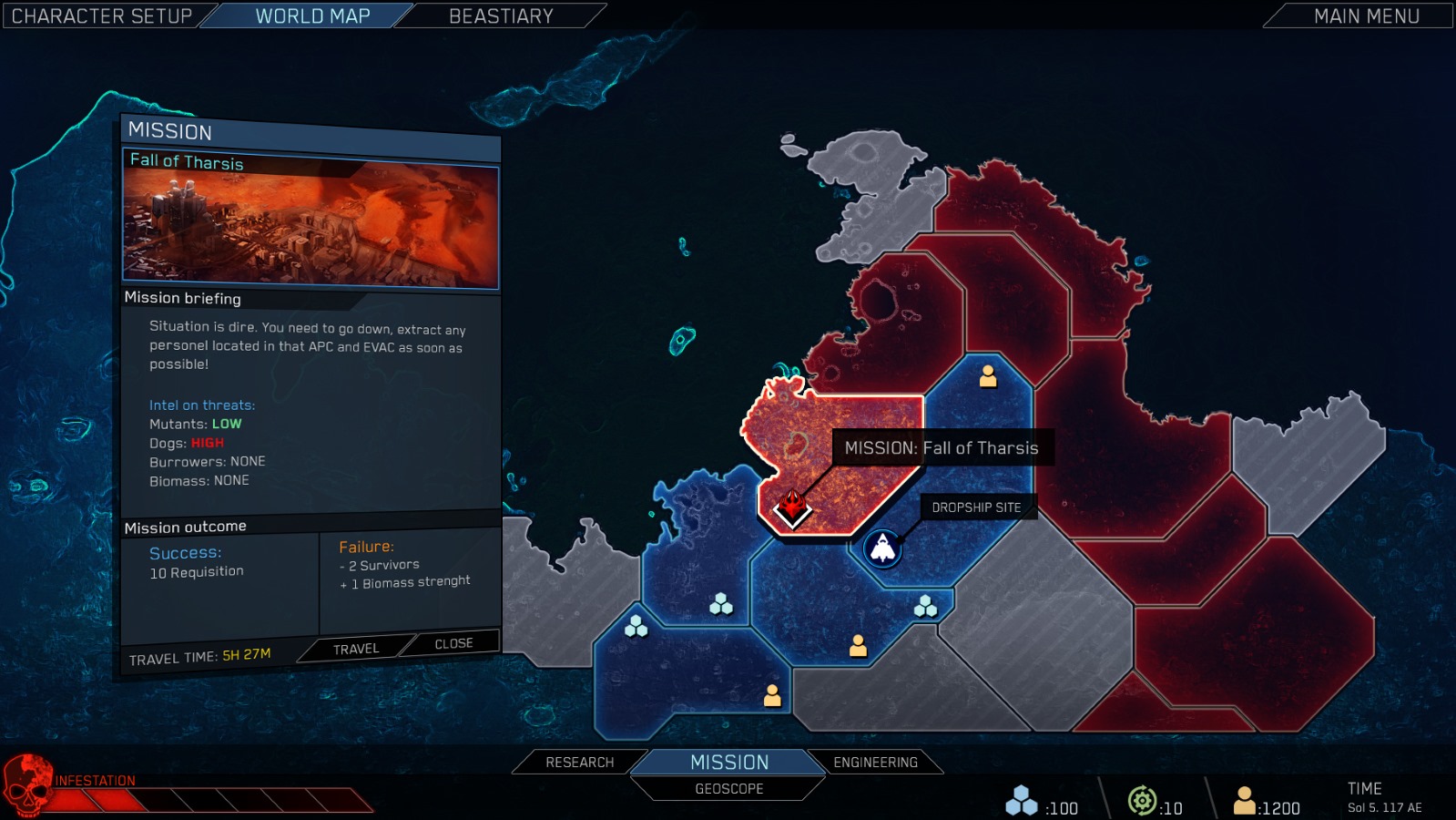 Interestingly, and oddly fitting, The Red Solstice 2 is a resurrected mutant offshoot of a cancelled shooter project by the studio called Solstice Chronicles: Survivors. Detailed in this dev blog post, Ironward realised mid-way through production that if they stuck the original game's more RTS-like controls onto what they'd already produced, it actually worked well. Eventually production was redirected with a new focus on procedural missions and dynamic campaigns, and now it's all coming together again. Fingers crossed for a smooth launch, whenever it happens.

The Red Solstice 2 is due out 'when it's done', but most likely sometime this year. You can find more info on its Steam store page.