It's Into The Breach!

Matt: There is a way out. You can do this.

Every turn, Into The Breach whispers those words in my ear. Somewhere in the myriad of possible moves lies a solution, a convoluted dance that can morph disaster into triumph. I’ll stare at my screen for minutes at a time, searching for the answer. Then I’ll spring.

Knock that bug there. Pull the other one into position, ready to be lasered. Dunk that insect in the sea.

Dust your hands off, then do it all again. 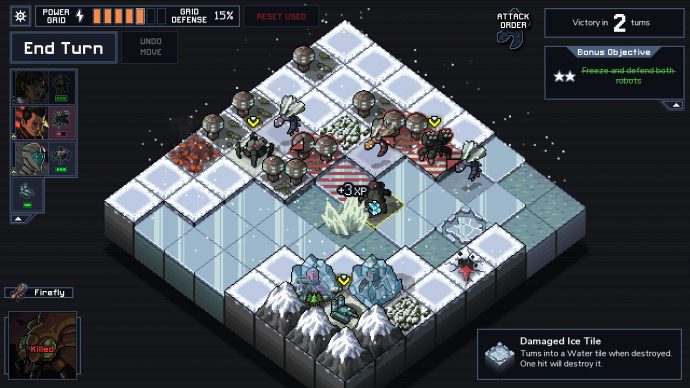 Every turn is a chain of ifs and can I?s, a chain that’s just - and only just - short enough to manage. There are only six things you can do, after all: each mech gets one move, and one attack. The bugs have plenty, though, and to win you’ll need to turn them on each other. Much of Breach’s brilliance lies in how one little push can change so much.

Every turn begins at the brink of defeat. Most turns end in glory. Few games have made me feel as smart as when I’m puzzling my way back from calamity in Into The Breach, and I doubt few games ever will.

Brendan: This is my second-favourite game to play on an 8 x 8 grid. It has many of the elements from its superior (impeccable tactics, chin-stroking strategy) but it’s the civilian buildings that make the monster clobbering so perilous for me. I always play with the same (overly) defensive attitude. I risk my mechs to save apartment buildings from destruction. I throw them blindly into the path of globulous insectogunk, all to save a single bar of meta-life. I probably shouldn’t be so worrisome of civvies. There are times when a tower block should probably be sacrificed to finish off a dangerous creature. And the buildings have a chance to resist an attack anyway, whereas your rock-em-sock-em robofriends do not.

But I will stand by my preciousness for micro-people, because it results in some tough, cortex-tickling decisions. Do I sacrifice my automated laser mech, knowing he’ll be useless for the rest of the fight? Or do I risk the life of the pilot in my artillery mech? Or is there some better solution? There is a saying in that other game played on an 8 x 8 grid: find a good move, then look for a better one. And that philosophy of grandmasters is just as applicable in Into The Breach. That’s why it’s my second-favourite game to play on a 64-square grid. It’ll never be as good as that timeless king of all games with whom it shares a floorplan. But then again, that’s an unfair comparison. Who could ever beat Giant Twister? 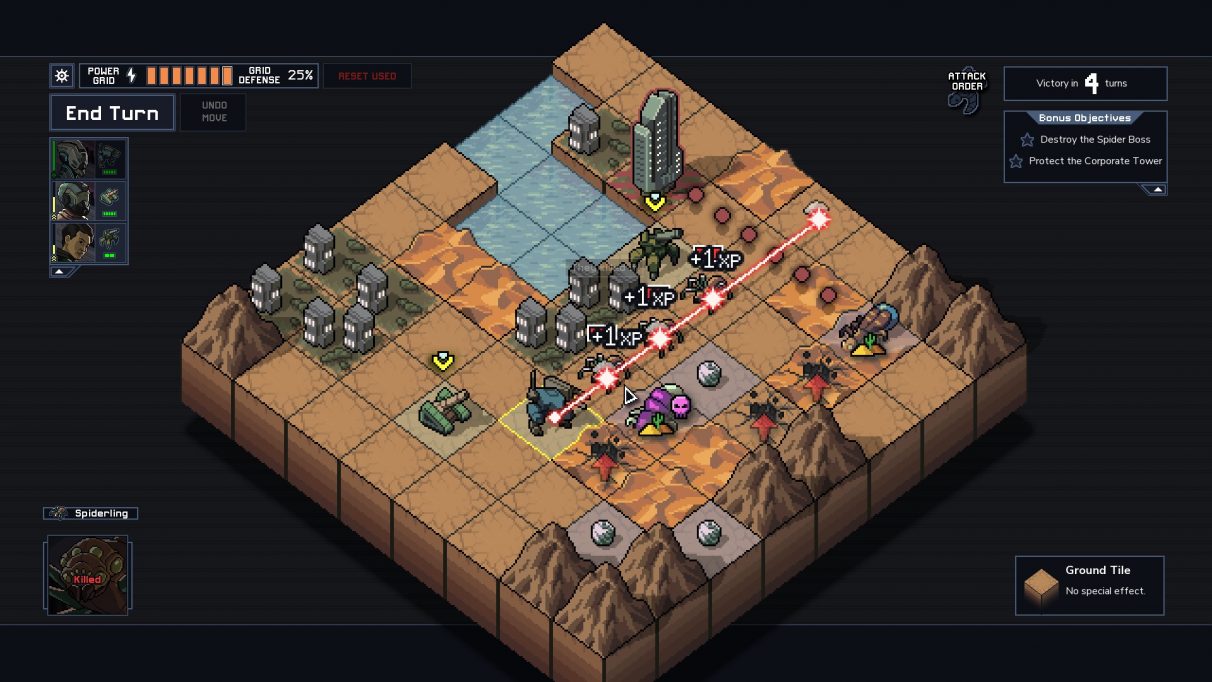 Alec: Like shutting a cat out in the rain, or making a baby watch Alex Jones videos at maximum volume, the thought of uninstalling Into The Breach makes me feel sick. This tiny, perfect thing – how could I be so cruel?

‘Perfect’, a word a critic should never really use, is the term I keep coming back to whenever I discuss Breach. A master balancing act, a lesson in economy that almost every other game should listen to again and again, tantalising world-building without any, well, world-building.

Perfection, or as near as dammit. Subset Games scare me, a little. I wonder how often they meet up with Spelunky’s Derek Yu to discuss how every other member of the human race is desperately, painfully intellectually inferior to them? My only true sadness about ITB is that, I imagine, the risk of diluting its perfection may never be taken. DLC, sequels – I crave both, but both seem so unlikely. The Mona Lisa with microtransactions.

Katharine: I have a love-hate relationship with permadeath strategy games. It's immensely satisfying when you pick off hordes of enemies with just a couple of well-timed moves, but one duff decision, one foot wrong, and that's it, your favourite soldiers are decimated in a bloody mess of failure and misery. It's absolutely agonising when you lose your star player, but with Into the Breach the stakes are so much higher. It's not just your individual team members you're losing, it's the entire planet. And I absolutely love it.

Sure, your mech pilots bring a touch of that old Fire Emblem/X-COM-style soldier attachment to proceedings, but they're not nearly as important as the mechs themselves, or the tools you acquire for them along the way. I did an entire four (so very nearly five) island run with just a single human pilot and two AI-controlled robots once, and it was the best and most satisfying playthrough of the lot. This was mostly because I'd managed to equip my tiny team with some stonking special abilities that I felt the absolute master of by the time I waltzed up to the fourth island, but then disaster struck and everything was lost.

And yet I wasn't sad when that playthrough came to an end. Those Vek gave as good as they got in that last round, and I respect that. I'd get them next time, in another timeline with a different set of random abilities, because failure in Into the Breach rarely feels like the end of hours of hard work. Your team isn't crippled because you've lost one person. Instead, the entire slate's wiped clean, giving you more impetus to get up and try again.

The fact it only gives you a few moves to play with, too, also makes it feel like the ultimate puzzle game. It's not like I don't take my time when I'm playing Fire Emblem or X-COM, but the added cerebral challenge of trying to nuke every Vek in so few turns is just another stroke of Into the Breach's genius. This is turn-based strategy distilled into its purest elements, and it's my personal game of the year.

Graham: This was my favourite game of the year, which means we've failed in this timeline. I'm going to hit this big red button and try again. Sorry, people of this timeline!